Before the play, before the movie, "No Time for Sergeants" first aired in 1955. 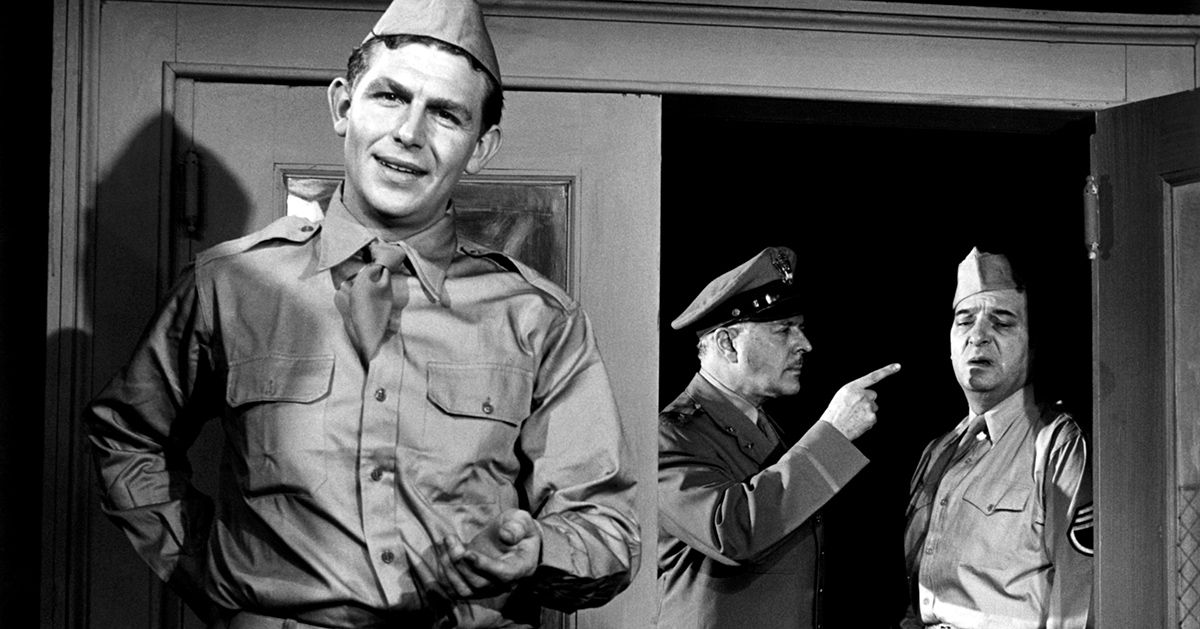 It's a shame that early television shows had such banal names. The medium was still so new in the 1950s, series carried perfunctory titles, as if networks could never envision a world with more than three options at any given time. General Electric Theater, Goodyear Television Playhouse, Colgate Variety Hour — that was just a Sunday night in 1955.

In hindsight, such corporate-sponsored titles are regrettable because they fail to capture the wonderful art within them. (Of course, the greater tragedy is that so many of these shows are now lost to us forever.) These anthology shows might hold a greater standing in television history had their names stirred the imagination like The Twilight Zone.

Speaking of which, let's take The United States Steel Hour for example. Today, that sounds like a documentary series about smelting. But for a decade, that genre-hopping anthology series gathered true legends. Rod Serling wrote three tales for the show, including his first truly provocative teleplay, "Noon on Doomsday," a sociologically reflective suspense story written in the wake of the murder of Emmett Till. Essentially, it was the first Twilight Zone episode.

The United States Steel Hour presented every genre imaginable. There were musical adaptations of The Adventures of Tom Sawyer and The Adventures of Huckleberry Finn. A-list actors like Katharine Hepburn, Ingrid Bergman and Gene Kelly appeared in prestige dramas by literary luminaries like Shakespeare, Oscar Wilde and Tennessee Williams.

US Steel could deliver the laughs, too. Which brings us to "No Time for Sergeants," the television debut of Andy Griffith. The episode aired March 15, 1955, and has a rather unique distinction. The hour-long television comedy was based on a novel. Months later, it was turned into a Broadway play, which led to a movie adaptation, which later became a television series. From book to TV to stage to film, and back to TV.

The fresh-faced Griffith, seen above in his live United States Steel Hour performance, had some name recognition at the time, thanks to his folksy comedy monologue "What It Was, Was Football," a spoken-word record that climbed to No. 9 on the charts in 1954. Griffith would go on to star in the No Time for Sergeants stage production and the movie, which cast him alongside Don Knotts. 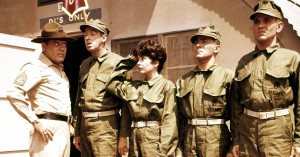 That chemistry and friendship would lead to The Andy Griffith Show, but No Time for Sergeants would inspire Mayberry in more than one way. In the United States Steel episode, Broadway production and film, Griffith took the lead role, Will Stockdale, a country bumpkin drafted into the Army.

The United States Steel version differed from the more-familiar film version in several ways. Theatrical in the manner that early television so often was, the 1955 "No Time for Sergeants" opened with Griffith addressing the audience, giving a Southern-fried monologue not too far flung from his "Football." In addition to his narrations, he also performed a little music.

But the big difference was Griffith himself. We now know him as the calm center of The Andy Griffith Show. Here, Griffith took the silly role, instead of playing the straight man. The character of WIll Stockdale was clearly the prototype for Gomer Pyle and his spin-off, Gomer Pyle, U.S.M.C. Television might have been a different place entirely if Griffith had stuck with the slapstick role. Or if The United States Steel Hour could have come up with a better name.

Did you know?
Calvin Peeler wrote his way into Mayberry with a letter
Are you sure you want to delete this comment?
Close