The Hollywood beauty had a Cinderella story start to acting, which ended when she met her prince in the real world. 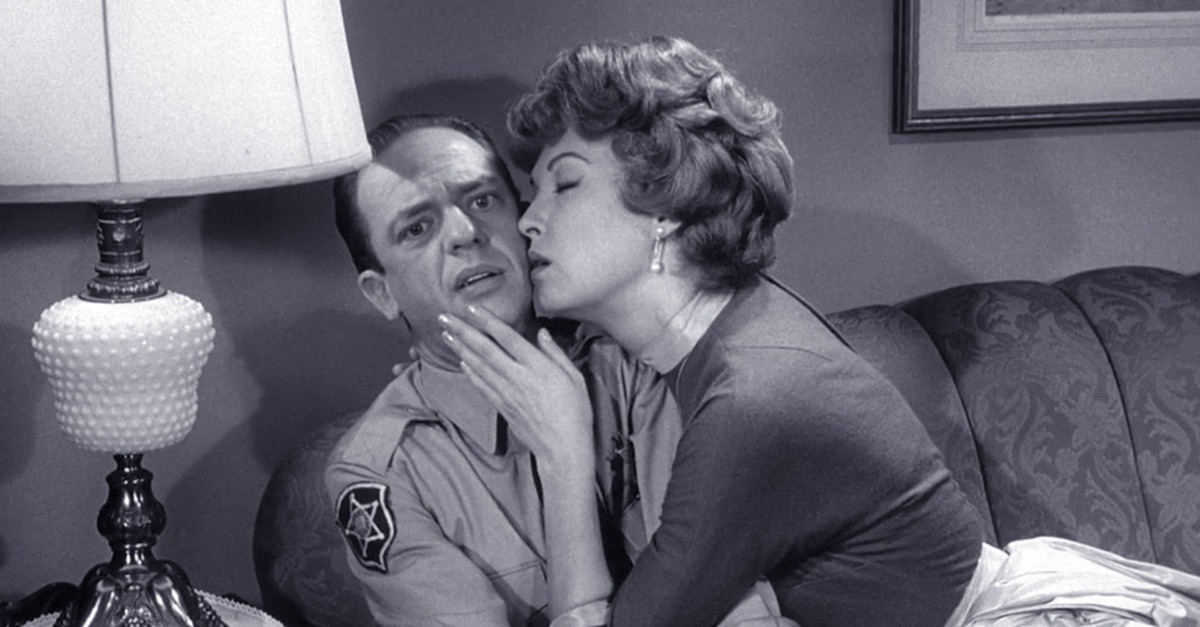 Everyone knows that on The Andy Griffith Show, Thelma Lou became Barney Fife’s soulmate, but in the episode "Barney on the Rebound," the deputy almost takes another wife.

It all starts when a spat between Barney and Thelma Lou drives Fife to move too fast with a new girl in town. Soon, Barney’s engaged to this new girl, and begging his best buddy Andy to help him get out of the engagement, so he can make things right with Thelma Lou, his true love.

Playing Barney’s would-be wife was an actor named Beverly Tyler who in the Forties, many predicted, was destined to become one of Hollywood’s biggest stars. She was pretty, she could sing, she could act, and critics expected that in the pictures, she would shine.

Her fate seemed sealed, especially, because of the way she got discovered, which to many reporters sounded like a truly unbelievable Cinderella story that went like this. 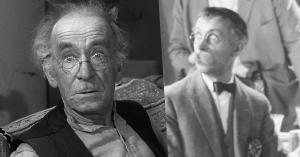 Mayberry
This old man of Mayberry had been playing an ''old man'' since his 20s!

Young Beverly Tyler had grown up singing in the church choir when she traveled with her parents and a friend named Patty to New York.

On this trip, they were walking up Broadway, when Beverly’s friend Patty noticed they were outside the MGM offices.

Patty dared Beverly to go inside and ask for an audition, and her parents were good-natured enough to go along with the lark.

So Beverly’s dad waited downstairs with Patty while Beverly and her mom climbed up 11 stories to ask for a screen test for their daughter who came out of nowhere and was definitely not expected.

"We sat in the office until a talent scout came out and said, 'Well, what can we do for you?'" Beverly told the International News Service in 1946. "I said I’d like to sing and Mother showed him some clippings about my radio work. He took us into an office, and I sat down at a piano and played and sang."

Halfway through her first song, the talent scout shouted, "Stop!"

Tyler’s fingers froze above the keys, believing she’d ruined her one shot at stardom.

"I thought it was all over," Tyler said. "But no, he called in Mr. Marvin Schenck, who listened to me and said to Mother, 'Could you accompany your daughter to Hollywood?'"

Once her family got to Los Angeles, Tyler went into hiding, with MGM closely guarding their star-in-training while she studied singing, dancing, and drama. They didn’t want anyone to see her until she was screen-ready.

MGM felt so strongly about Tyler’s top talents that they debuted her as a lead in a film called The Green Years, which was one of their most expensive movies to date. Every headline promoting the movie declared Tyler was the next big movie star.

However, this fate was not to be, not because Tyler wasn’t good enough, but because she just never got offered enough parts.

Audition after audition, she kept getting beat out for roles in Oscar-winning movies like the female leads in All About Eve and Sunset Boulevard, which surely would’ve helped her to take that next step in her career.

So after MGM’s attempts at launching Beverly Tyler as a major movie star, she started appearing on TV in smaller guest roles through the Fifties.

In all that time, Tyler stayed away from serious romances, focused more on acting than settling down with a series of actors who courted her, including Mickey Rooney, Peter Lawford and Rory Calhoun.

These were the men whom Tyler was rebounding from when she appeared on The Andy Griffith Show in 1961 to try to woo Barney Fife.

Instead, she ended up meeting the love of her life Jim Jordan, Jr., and when they got married in 1962, she abruptly quit acting for good to devote herself to her family.

Jordan was the son of 1930s radio stars of "Fibber McGee & Molly," Jim and Mary Jordan. He wasn’t an actor, but in Tyler’s arms, he became the prince in the real world who gave her Cinderella story a happy ending. They stayed together until his death in 1998. 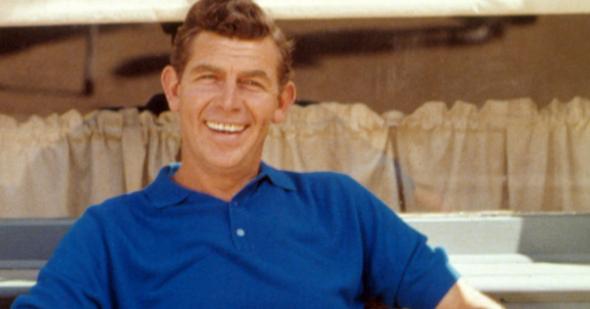 Mayberry
Mayberry had no psychiatrists, but the Andy Griffith Show cast were into mental health 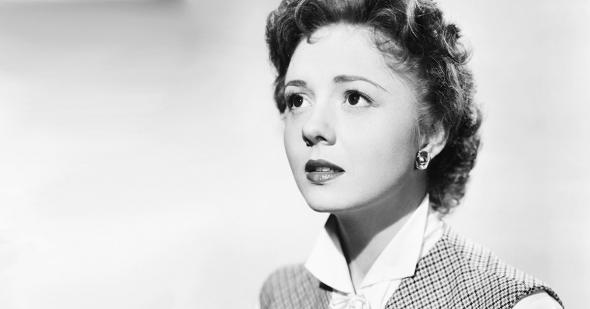 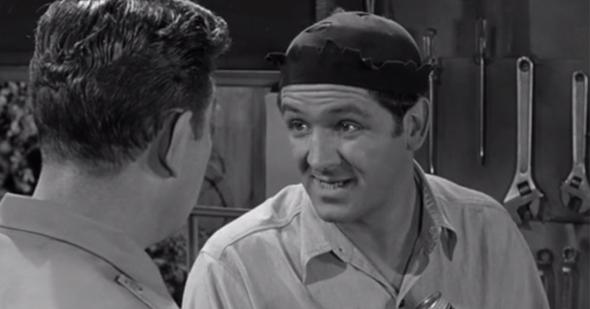 Mayberry
How Goober Pyle saved a life
Are you sure you want to delete this comment?
Close

JHP 14 months ago
BARNAY was a squirt
Like Reply Delete

Rita6868 14 months ago
I love Beverly! I always wondered why we never saw her after "The Squirt" episode.I still laugh when I watch that episode.Her"dad" was a very funny actor.I think she was really funny, talented and pretty.I thought "where has she been?" I thought she would have a big career.It is a shame when there is real talent there.Glad she devoted herself to her love.Thanks Beverly!
Like Reply Delete

Candy41371 14 months ago
I totally love and adore The Andy Griffith show. Always have and always will. I love the cast. The show is hilarious and also teaches us lessons. Definitely a show that I watch over and over again. Barney is hilarious and he and Andy had a awesome friendship that was something special. I just really love this show and it takes me back to my youth. I'm a 70's baby. I think the 70's was the best Era ever.
Like (1) Reply Delete

RichLorn 14 months ago
What a nice story. In life, she was a huge success.
Like Reply Delete

Runeshaper 15 months ago
Beverly Tyler sounds like she was super talented! I'm glad she found her prince (-:
Like Reply Delete

even though she was married to Uncle Fester

BARNAY could have "had her in his hip pocket"

but then he was a Squirt
Like (2) Reply Delete

Andybandit 15 months ago
I don't remember her as Barney new girlfriend. He always calls Juanita on the phone. I never saw what she looks like.
Like (1) Reply Delete

RedSamRackham Andybandit 3 months ago
* Thelma Lou was the "Not til we're married" kind of gal so Barney had Juanita the waitress on the side! nudge nudge ...
Like Reply Delete

MrsPhilHarris 15 months ago
One of my top 10 TAGS episodes.
Like (3) Reply Delete