Where To Watch Shop Store Contact
Home / Stories / Col. Potter was the king of clean curse words on 'M*A*S*H'

Col. Potter was the king of clean curse words on 'M*A*S*H'

The next time Pulp Fiction is on network television or cable, give it a watch. With its sternum-piercing hypodermics, car-interior gore and overall Samuel L. Jackson–ness, the 1994 cult classic earned its hard R rating. It's a marvel that the Quentin Tarantino film can even be aired on regular TV. 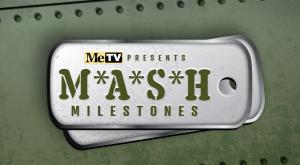 Frankly, it reminds us a lot of Col. Sherman T. Potter, the gruff and beloved commander of the 4077th on M*A*S*H. The character was played brilliantly by Harry Morgan. Potter, a man who joined the Army at age 15, is as stern and straight as they come. He barked, but the words that passed his lips were scrubbed cleaner than a surgeon's hands.

Potter spewed wonderful curse words. His "Potterisms" included antique interjections like "Jumpin' jodhpurs!" and "Sweet Nefertiti!" Being from rural Missouri, Potter also spewed plenty of farm terms. We should all aspire to be as creative and clean in our profanity.

Here are some of our favorite, in GIF form for your amusement and sharing. Try to sprinkle them in your everyday speech.