How do you think the sandwich aficionado rates Jell-O's "brand new" flavor? 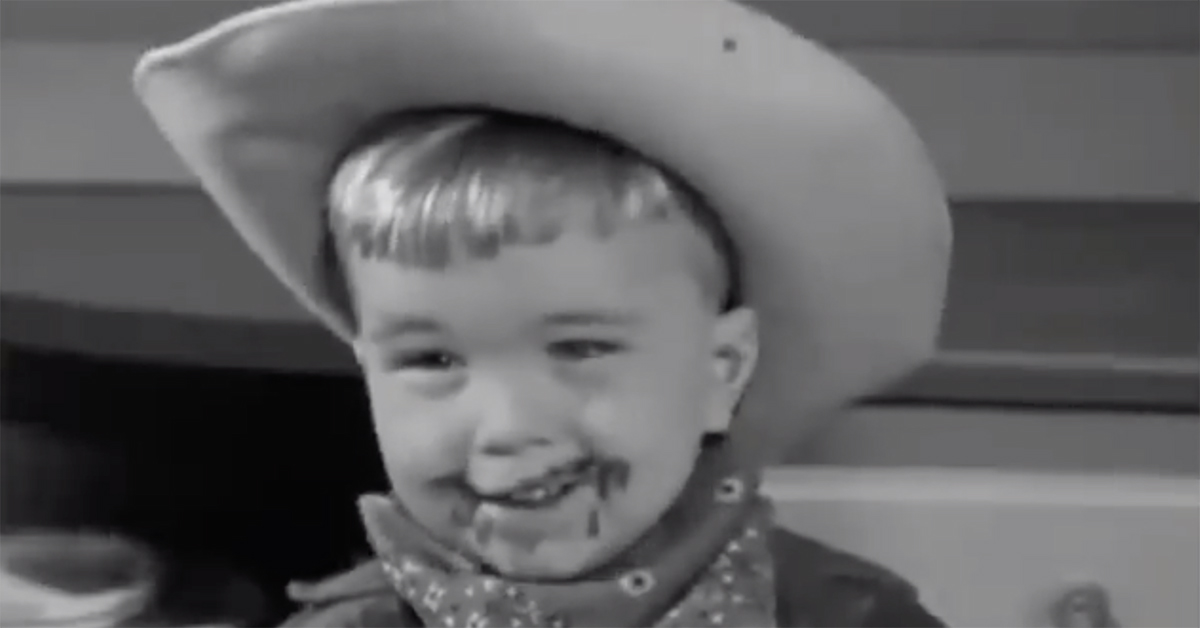 On The Andy Griffith Show, Clint Howard took on the role of Leon, the silent kid cowboy always offering up a bite of his sandwich to any Mayberry resident who approaches him. Ron Howard once told the story of how Leon got cast in this truly unique role, but the most important part of being Leon is that Howard had to be absolutely quiet. His character famously never spoke a word on the show.

So that's what makes this Jell-O commercial extra special. In a sponsored spot that typically aired with The Andy Griffith Show, viewers were treated to a rare treat when we see Leon walk into the spot, holding his signature sandwich. Andy welcomes the boy, and true to form, Leon immediately offers a bite of his snack. Andy turns it down as he always does, but then he leans down and tells Leon that Aunt Bee just made some fudge-flavored chocolate pudding and asks, "Would you like to have some?" 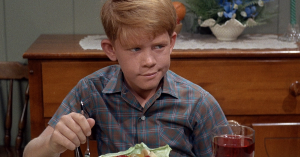 Did you know?
Ron Howard's favorite episode of 'The Andy Griffith Show' was based on his own life

What follows is priceless, as Leon sits before three sundae dishes of Jell-O pudding, as Andy delivers the pitch about this "brand-new flavor." When he asks Leon what he thinks, the kid is silent with fudge smudging his face.

But Andy prods him, "Can't I get a word out of you? Just one word?"

That's when Leon delivers a line aloud, to the extra delight of Andy Griffith's biggest fans. Thanks to the Andy Griffith Museum, you can watch the commercial to hear Leon confirm to Andy that chocolate pudding is "Good!"

Watching Andy being such a good spokesman just reminds us of all our favorite spots he ever did over the years. Check out this message from his sponsors, and take this tour of all the commercials The Andy Griffith Show cast did over the years.

GordARebelato 30 months ago
Clint Howard was a cute kid, not so much when he got older. I like the part he played on Seinfeld.

BrendaGast 45 months ago
A commercial, no wonder I couldn’t think of it! Possibly never saw it. Leon was sure a cute little dickens!
Like Reply Delete

stephaniestavropoulos 45 months ago
Ron's little brother had it easy! Clint actually got to eat chocolate pudding. Ron on the other hand, had to endure bowlful after bowlful of an ice cream imposter: mashed potatoes! I'm surprised that it didn't turn him off ice cream all together. I know, I can go and check out this bit of info. from the article on Ron, just don't feel like doing it right now.
Like (1) Reply Delete