America’s #1 Classic Television Network
Find your local MeTV station
Where to watch
See when your favorite shows are on
See schedule
Personalize MeTV.com to follow your favorite shows
Free sign-up
Shop your favorite shows in the MeTV Store
Shop Now
Home / Stories / M*A*S*H gave the towering, talented Brian Dennehy one of his first onscreen roles
Did you know?

M*A*S*H gave the towering, talented Brian Dennehy one of his first onscreen roles

The 6-foot-3 star went on to win two Tonys, a Golden Globe and got six Emmy nominations. He had a lot of thoughts on what makes a great actor truly great. 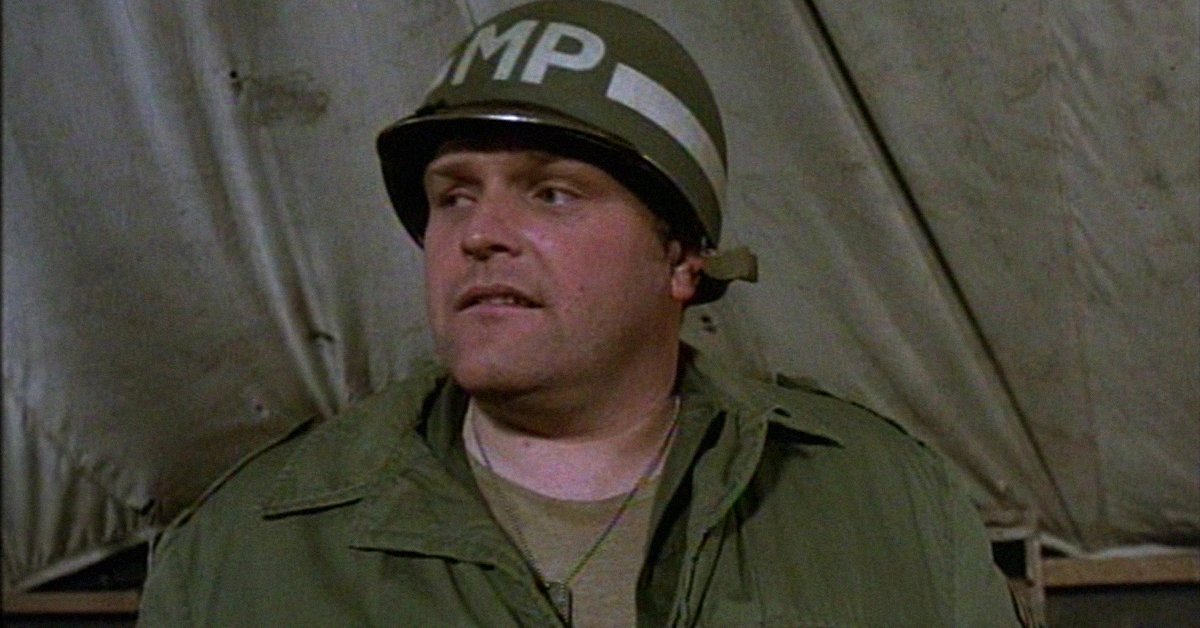 You'd be forgiven if you watched the M*A*S*H episode "Souvenirs" and missed Brian Dennehy's guest role as an MP who interrogates Frank Burns about a priceless stolen vase. There's a lot going on in this episode, and Dennehy wasn't yet the actor of great renown that he eventually became. He had only been on television for a couple of months.

In early 1977, Dennehy was just making his transition from theater to the small screen, cast in bit roles on shows like M*A*S*H, Kojak, Serpico and Police Woman, mostly because of his enormous heft. Standing 6-foot-3 at more than 250 pounds, Dennehy towered over other actors, but nobody knew just yet that his talent was also bigger than the roles he was playing.

In 1985, The Poughkeepsie Journal described Dennehy's out-of-nowhere rise to fame.

"He sort of crept up on us, after spending years in the theater, but in only a few years, this late bloomer has played umpteen major supporting roles that testify to an astonishing range — most recently, as the gentle giant who's also an alien in Ron Howard's Cocoon and as an unscrupulous sheriff in Lawrence Kasdan's Western Silverado."

In the Silverado role, Dennehy was so menacing as a villain, the critic swore Dennehy perfectly fit Lenny Bruce's description of what made someone a tough guy: "someone who wears a wool suit without underwear."

What Dennehy soon became celebrated for as an actor was an "uncanny ability" to make characters that were so "utterly convincing" that you didn't see them as characters in a movie but real people, with real pasts.

This was not an accident that Dennehy ended up playing roles where he could achieve such depth of personality. He only chose roles that allowed him to fill out the gritty details. 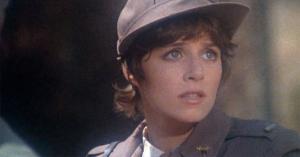 Did you know?
This overlooked M*A*S*H nurse was a pop singer and part of a Disney favorite

"It's the parts that are problems, that the director and writer haven't been able to solve, that I like," Dennehy told the Journal. "If you can get that character up off the ground and make him walk, you can come away from it saying that was quite an achievement there — even if the project itself was lousy."

Many actors talk about this kind of deep character portrayal as "hard work," but to Dennehy it was the most enjoyable way he could think of to spend his life.

"I can't imagine doing this if I didn't absolutely love it," he said of playing such intense parts.

"The job of creating a role is so interesting for me, it requires so much of me, so satisfying to figure out what and how, that I would be cheating myself if I tried to simply walk through a role," Dennehy said. "I enjoy it, truly enjoy it – not because it's hard, but because it's fun."

One of his costars in the 1980s, Susan Ruttan told The Statesman Journal in 1993 that what she first noticed about Dennehy was that he was huge. Later, Dennehy taught her how to scrutinize scripts.

"He insists the words seem real… He's so bright, so involved," Ruttan said.

While most actors strive for stardom to reach the roles they most want to play, Dennehy saw that kind of thinking as foolish, and he started to disagree with how movies began to get cast by the end of the Eighties — focusing more on plugging in a flashy actor than giving audiences substance to stew on.

"Obviously, an actor like Jack Nicholson or Marlon Brando can do what he wants to do and it works," Dennehy said. "But most actors don't have their kind of uniqueness and yet they become stars and start taking liberties with their material that are not justified — and the results are often painful. Some people become stars only so that they can do what they want to do. Some of them should be allowed. They make it work. Some shouldn't."

Dennehy was the former, not the latter, and he said the secret wasn't about diving into the characters, but better understanding what motivated him as a person.

"The key is to figure out who you are and play off that," Dennehy told The Poughkeepsie Journal. "That's what I do when I act."

He was a little bitter in 1989 that movies like Batman and Indiana Jones were pushing studios to invest less in the kinds of movies he wanted to make, though, and the big guy didn't keep this opinion about shifting audience demands a secret. Even if he did consider Nicholson the best there was, he didn't like the audience's expectation that Nicholson's big hit movies created.

"They just want to be entertained, to watch Jack Nicholson flapping around a room," Dennehy told The Pittsburgh Press in 1989, referencing the Joker.

For Dennehy, although it ruffled his feathers to see Hollywood move this direction, he wasn't entirely sour about the state of movies, because his philosophy of enjoying his life as an actor was precisely how he approached his whole life. People stitch it on a pillow: Love the way you live.

So whenever he was filming movies and TV shows, he was always eager for the moment when the director yelled cut on the final frame.

"I can't wait to get home to Santa Fe," Denney said. "I have an adobe house, with Spanish furniture, my wife Jennifer and three dogs. There's nothing I like better than to take a sleeping bag up into the hills. That’s the life I love."

"After all, the only thing you have going for you is that four-letter word, 'life,' and you have just so many years," Dennehy said. 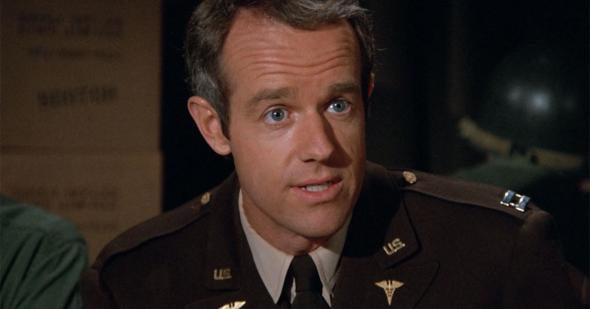 Did you know?
Mike Farrell was not a big fan of TV until M*A*S*H came along 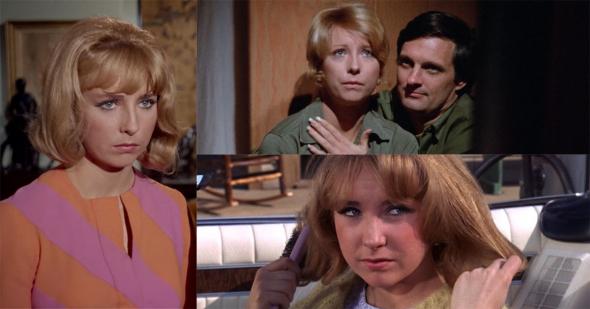 1970s
Of course Teri Garr was everybody's biggest crush in the Seventies!
Are you sure you want to delete this comment?
Close

kimmer 23 days ago
I'll take watching "Old Reruns"..than watching a Kourtney, Kim ....or a Real Housewife....lol....dead or not!
Like Reply Delete

Michele 4 months ago
Patrick Swayze got his first shot on Mash too! He was the soldier that had leukemia.
Like (1) Reply Delete

4 months ago
He was amazing as John Wayne Gacy.
Like (1) Reply Delete

speedo48 4 months ago
I remember Brian before he was an actor. He used to deliver meat to the butcher shop where I worked when I was in College. When he would walk in with a hind quarter of beef on his shoulder we would greet him with "Hey, it's BIG BRIAN"
Like (1) Reply Delete

kimmer speedo48 23 days ago
What a nice memory!
Like Reply Delete

kimmer 4 months ago
I was a huge fan. What a great actor he was.
Like Reply Delete

WordsmithWorks 4 months ago
I always thought it was odd that Dennehy's MP character in M*A*S*H* was wearing a jump suit.
Like (1) Reply Delete

OldTVfanatic 4 months ago
He was excellent in First Blood.
Like (2) Reply Delete

Michele OldTVfanatic 4 months ago
I liked him in Cocoon and Tommy Boy too! Wonderful actor!
Like (1) Reply Delete

MrsPhilHarris 4 months ago
My fav is “In Broad Daylight”.
Like (1) Reply Delete

BrittReid 4 months ago
Terrific actor in every role...Gorky Park, F/X, Assault on Precinct 13.
Like (3) Reply Delete

Nightshade1972 BrittReid 4 months ago
Loved him in Gorky Park. William Hurt was great in that, too.
Like (1) Reply Delete

Michael 4 months ago
But everyone is invisibleu til theyhit a level of fame. It's not 1977, people watching MASH now would know Brian Denehy.

It's a disservice to him to mention movies people couldn't miss, Coccoon, while skipping even earlier films.
Like (1) Reply Delete

LoveMETV22 4 months ago
Lol on the "Even if he did consider Nicholson the best there was, he didn't like the audience's expectation that Nicholson's big hit movies created". I like a good Nicholson movie.
Like (2) Reply Delete

stephaniestavr5 4 months ago
This has nothing to do with the story, but this is the only "current" page up now.
Now that what most have of us already knew has been made official: Pink Panther is going to piggyback w/Popeye on Saturday mornings. Glad it is, but along with that announcement, I was also hoping they would have mentioned that they would also be showing The Ant And The Aardvark. Anybody wishing the same thing? Nothing wrong with The Inspector which I do remember, or Roland and Ratfink, which the title is familiar just not the cartoon itself. Oh well, I'll go and check on that old stalwart, You Tube to see if either/both of them have been downloaded, to see if it can help me remember about R&R.
Like (1) Reply Delete
Load previous comments