Where To Watch Shop Store Contact
Home / Stories / Parley Baer was a dedicated circus man, even when he was Mayberry's mayor
Mayberry

Parley Baer was a dedicated circus man, even when he was Mayberry's mayor

Lions and tigers and Baer… oh my! He even had a horse in his wedding. 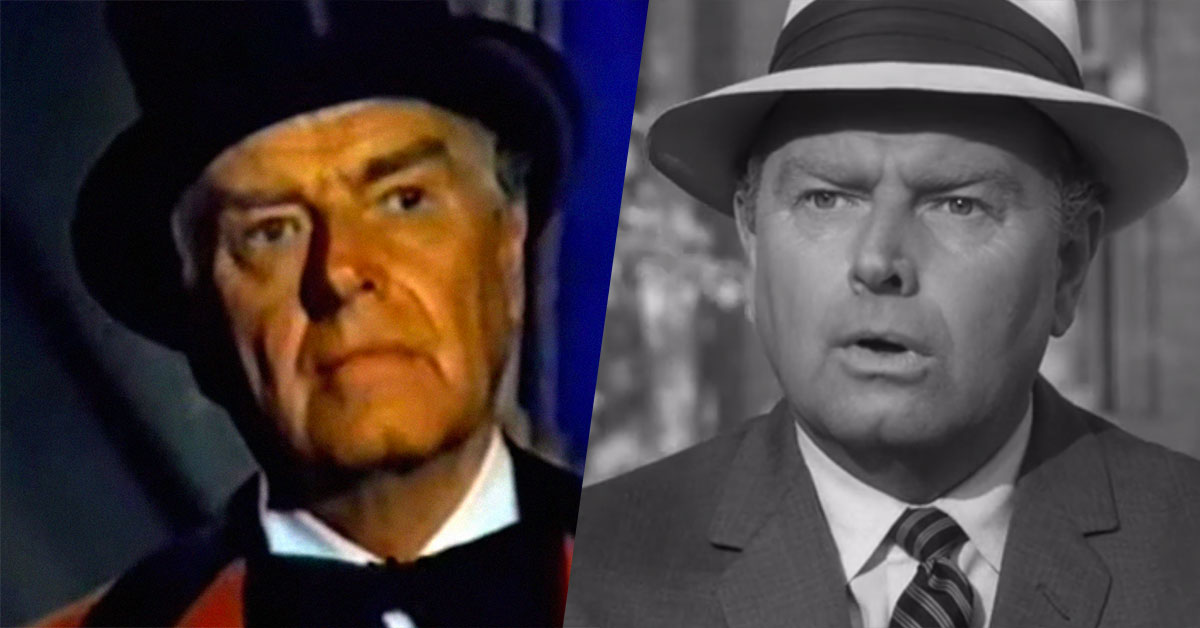 Parley Baer is one of those character actors with ties to most of the MeTV "universe." Most will know him as Mayor Stoner of Mayberry, the second leader of the small town, and a presence alongside Sheriff Andy on The Andy Griffith Show. The role of municipal leadership must have suited him because he also became the mayor on The Addams Family. Elsewhere, he can be seen as a guest on Wagon Train, Rawhide, The Rifleman, and Perry Mason. Baer got his start on the radio, where he pioneered the roles of iconic characters like Chester on Gunsmoke and Eb on Green Acres (or Granby's Green Acres, as it was known on the radio).

But deep down, Baer was a circus man. His heart belonged to the three rings. He even found true love under the big top. 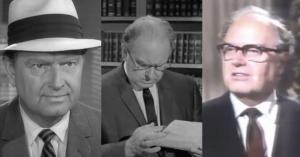 There was even a horse at their wedding. A photo of the white steed was shown nibbling on the bride's flowers in their wedding pictures, which made the newspapers. "Where but in the circus would the horse end up catching the bride's bouquet?" the photo caption asked. Baer began his own circus career as a lion and tiger tamer. We can only hope that the advertisements declared, "Lions and tigers and Baer — oh my!"

Throughout the 1950s, Baer continued to juggle his work between Hollywood and the circus, primarily with the Pollack Brothers circus. He was acting, largely in Westerns, throughout this entire time. Horses were nothing compared to safari beats. Besides, as you now know, a horse was practically the best man at his wedding.

As Baer took over the role of Mayberry Mayor in season three (following the death of Dick Elliot, who portrayed Mayor Pike) he remained loyal to the circus. In 1963, a small newspaper item in the Elmira Star-Gazette reported, "Parley Baer of The Andy Griffith Show is a former wild animal trainer, still works eight weeks a year as a circus publicity man."

In case you were wondering, yes, Baer was able to merge both of his careers at least once. The 1976 film The Amazing Dobermans, the third movie in the Doberman Gang trilogy, starred Fred Astaire, Barbara Eden, and a bunch of talented dogs. The revolved around the five Doberman Pinschers and Astaire going undercover in a carnival. Whatever — what you need to know is Parley Baer played Septimus, the circus owner.

That's him in the circus attire up top. What perfect casting! 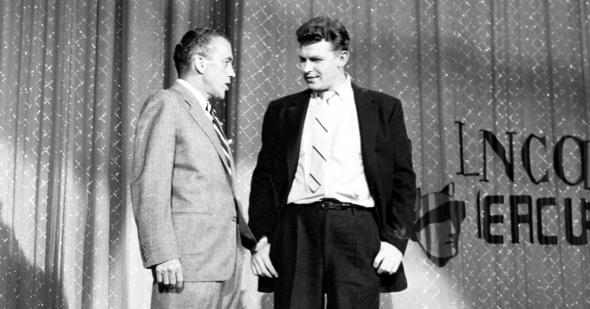 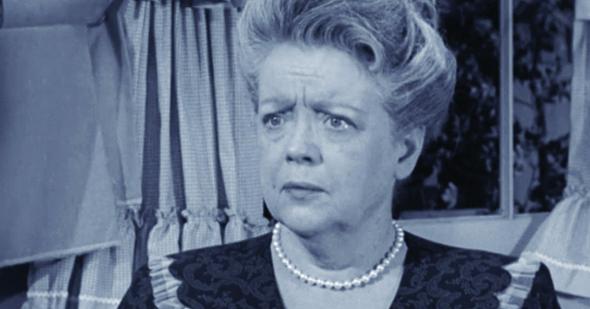 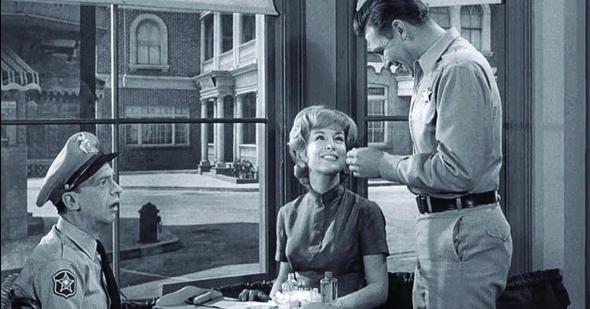 Mayberry
Quick! Someone tell everyone in Floyd's Barber Shop that Barbara Eden loved shy guys
Are you sure you want to delete this comment?
Close

RandySkretvedt 6 months ago
I had the pleasure of talking with Parley Baer on many occasions, and did a formal interview with him at his home. The living room was decorated in/with circus posters, with a large billboard-sized poster on one wall. His wife made the best strawberry shortcake! They were both delightful, wonderful people.
Like Reply Delete

bagandwallyfan52 8 months ago
I enjoyed watching Parley Baer
Play Mayor Roy Stoner on TAGS
And Darby on The Adventures of Ozzie and Harriet .
I wish that Mayor Roy Stoner
Had not disappeared into thin
Air with no explanation.
Mayor Stoner was a victim of
The future (1974) syndrome
Called Chuck Cunningham
Syndrome even though Happy
Days did Not come on the air
Until 12 years later.
On The Andy Griffith Show
Ed Sawyer (William Lanteau)was
the first character to vanish
Into thin air . In the episode
Stranger In Town Ed Sawyer
Çomes to Mayberry because
As he told Andy Taylor that
Mayberry was his hometown.
But Ed Sawyer only appeared
in that one episode only never
To be seen or heard from again.
If Ed Sawyer really did move
To Mayberry then where in
Mayberry was Ed Sawyer HIDING
In Mayberry to 8 years of TAGS
And 3 years of Mayberry RFD.

MikefromJersey 9 months ago
Hi Guys,
I just saw a Mannix, "Walk With a Dead Man" with Parley Baer. He played Archie, the peace sign
flashing Hippie owner of the "Cool City" underground newspaper. This casting was so bizarre,
he must have been amigos with the producers or Connors and they probably had a good laugh,
it had to be a in joke for both them and savvy viewers. 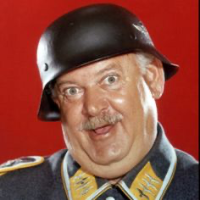 HansShultz1 11 months ago
I forgot to add in my previous post, if you have an Apple product. There is an app in the App Store call OTR Streamer. On it you can listen to Parley on EVERY episode of Gunsmoke, in order. Also on the app is every episode of John Dehner on Frontier Gentleman, every episode of The Jack Benny Program , and thousands more……..and it’s FREE.
Like (1) Reply Delete

MrsPhilHarris HansShultz1 11 months ago
There are tons of YouTube sites that have Gunsmoke episodes also.
Like (1) Reply Delete

MrsPhilHarris 11 months ago
I like him as Chester Proudfoot on the old time radio show Gunsmoke.
Like (2) Reply Delete

FLETCH 11 months ago
"Her father, Ernest, was the first human to perform a triple somersault on the flying trapeze"

First, how can this be proven as factual?

Second, a quick use of the google and...

"The first triple somersault is credited to Lena Jordan, a young Russian who performed it in Australia in 1897. She later joined the Barnum & Bailey Circus, and did it 28 times"

F5Twitster 11 months ago
"Horses were nothing compared to safari beats."

Zip 11 months ago
"Lions and tigers and Baer…"

Parley Baer was one of those character actors who was instantly recognizable. Anything he was on, you knew who it was.
And that is true about his leadership roles. He was on two episodes of one of my favorite shows, Gomer Pyle USMC. Once as a congressman visiting the post who naturally is from the South and makes Gomer his pet project to help him get promoted, and another time as the CEO of a phone company who mocks Gomer when Gomer is trying to do the right thing and return a bunch of coins that fell out of a payphone, thinking that Gomer is trying to pull some kind of prank on the phone company. After finally accepting the money and inadvertently scooting away without even a thank you to Gomer, he finally makes amends by coming to the base and giving everyone from Gomer's platoon a free call anywhere.
Like (1) Reply Delete

Michael 11 months ago
So no relation to Max, sr or jr?
Like Reply Delete

AgingDisgracefully 11 months ago
ParBay!
The walkin' one and only.
Like Reply Delete

HansShultz1 11 months ago
His best role was as Chester on Gunsmoke, on the old radio series from 1952 to 1962. After he retired from show business, he lived in Woodland Hills, California. I worked at the local Ralph’s Supermarket, and would see him often. What a kind and nice man he was. We would reminisce about his career as Mayor Stoner, Ernie Keebler, etc.. He was so pleasant, never in a rush. In Woodland Hills we saw a lot of celebrities, and none of them were as kind as Parley Baer.
Like (3) Reply Delete

MikefromJersey HansShultz1 11 months ago
Hans,
Neat story about Parley Baer being at your store. I listen to his "Chester" on the radio Gunsmoke
every Sunday at 8 pm on WBAI 99.5 in NYC. I wasn't a believer till I heard the radio version, but
it is better than the TV series. The TV show even lifted entire scripts from the radio series.
Parley Baer's Chester is an endearing figure and much more interesting than both TV's
Chester and Festus.
Like (2) Reply Delete

MrsPhilHarris HansShultz1 11 months ago
I agree about his role on Gunsmoke radio show.
Like (1) Reply Delete

Dwight 11 months ago
Parley Baer was radio royalty. Besides the regular roles mentioned, he appeared on just about everything from time to time. If it wasn’t for the fact that he was usually a different character each time, he should have been billed as a regular cast member of “Yours Truly, Johnny Dollar” and “Tales of the Texas Rangers.”
Like (2) Reply Delete

Tampammm 11 months ago
I enjoyed him as "Darby" on Ozzie and Harriet.
Like (2) Reply Delete

ETristanBooth 11 months ago
I'm surprised the researchers missed this obvious connection: Parley Baer played a man who turned out to be the manager of the circus in an episode of Father Knows Best called "A Friend of Old George's" (1-9-55).

Andybandit 11 months ago
Cool story. It is great how he acted and did the circus
Like (2) Reply Delete

Yes, it is well known that Parley Baer married a horse.
Like (2) Reply Delete

justjeff harlow1313 11 months ago
...the horse was "Edwina" ("Mrs. Ed"). Parley was constantly belittled by her, as she was a real "nag"... She not only worked him terribly, but she "shoe-ed" him away whenever she wanted to listen to Eddie Cantor [get it?] on the radio...

The marriage was still relatively "stable" because Parley knew his "oats", and was always home by 6 PM to put on the "feed bag". This "tail" of bad puns is getting a ittle "saddle-sore", isn't it?

I can't help it. When it comes to puns, I'm a "barnstormer". Perhaps I've had "blinders" on with my warped sense of humor, but my "track" record is still intact.

justjeff LoveMETV22 11 months ago
That you! I "gallop" up to the subject and "trot" away satisfied that my puns are appreciated by some...
Like (1) Reply Delete