The Oscar-nominated writer came up with "the cone of silence." He was 89. 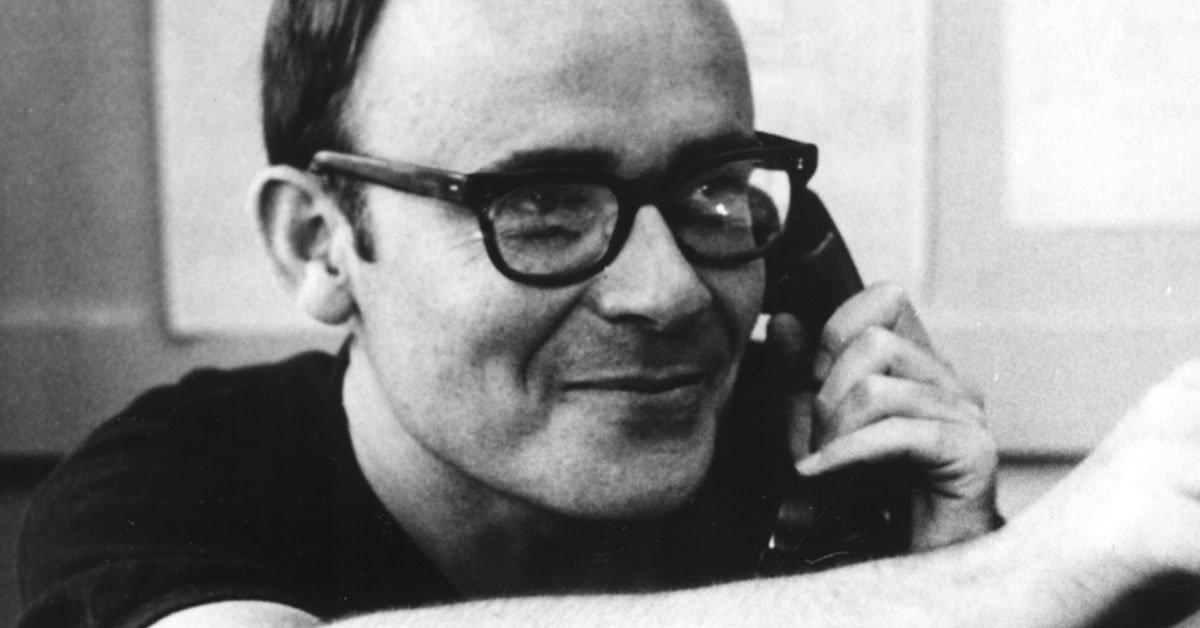 The "Five-Timers Club" of Saturday Night Live is a pinnacle of comedic stardom. Fewer than two dozen performers have hosted the sketch series five times. Even rarer is the Ten-Timers Club. Just four people can claim membership to that elite society. You might guess three of the names — Alec Baldwin, Steve Martin and John Goodman. The fourth is Buck Henry.

The New York native was a regular fixture in SNL's early years, as all his hosting gigs fell between the years 1976 and 1980. He appeared on the show so often, he was practically a cast member. Henry had recurring characters on the show, most memorably as the father of Bill Murray's character Todd in "The Nerds" skits… and as the straight man to John Belushi in his unpredictable "Samurai" sketches.

It was the "Samurai Stockbroker" skit that led to an improvisational highlight in SNL's second season. Wildman Belushi took a chunk out of Henry's forehead with his katana blade by accident. Henry sportingly bandaged his bleeding head and carried on with the show. In solidarity (and comedy), the other cast members began to appear in scenes with bandages, as well. You can watch the episode here. 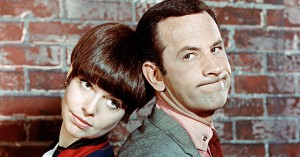 Would you believe… 17 super intelligent facts about 'Get Smart'

By that point, Henry was an acclaimed writer and performer. The Dartmouth graduate had been nominated for an Oscar in 1968, thanks to his screenplay for The Graduate (he would again earn a nomination for his Heaven Can Wait script).

In 1965, Henry teamed with Mel Brooks to create one of the brilliant TV comedies of the decade, Get Smart. Henry was the mind who came up with "the cone of silence." The success of that spy spoof would lead Henry to craft two more parody series, Captain Nice (1967), a send-up of superhero shows, and Quark (1978), which poked loving fun at space adventures. Both shows were cult favorites but short-lived.

Henry's other film writing credits included The Owl and the Pussycat, What's Up, Doc?, Catch-22. He also regularly appeared as a character actor on the big screen, in wonderful comedies like Defending Your Life and Grumpy Old Men.

On January 8, Henry passed away from a heart attack, his wife told The Washington Post. He was 89.

TCKirkham 37 months ago
I have to be honest, I know Henry was a well respected writer and actor, but all I remember from his SNL appearances is that whenever he did the show, he used play this creepy pedophile-like uncle to preteen girls played by Gilda Radner and Laraine Newman - they were tasteless and unfunny then, and they still are today. I wonder which writer thought those disturbing sketches were actually funny?
Like Reply Delete

MarkLassman Utzaake 26 months ago
That would make sense. It would be in O'Donoghue's style to write that type of character.

The same man who brought us "Mr. Mike's Bedtime Tales" during SNL's first -- and arguably, most consistently funny -- season.
Like Reply Delete

Barry22 37 months ago
RIP. Remember him hosting SNL and having no idea who he was, but he was funny. Quite a career. And I use to watch Captain Nice. "that's no nut, boy, that's Captain Nice"
Like (1) Reply Delete

MarkLassman Barry22 26 months ago
I have "Captain Nice" on DVD (a bootleg, no doubt). It starred William Daniels, who later would be known as the voice of "KITT" on "Knight Rider", as well has his featured roles in "St. Elsewhere" and "The Wonder Years".
Like Reply Delete

Runeshaper 37 months ago
R.I.P. Used to watch Get Smart with my folks as a kid. We actually watched an episode not too long ago as well. Great show!
Like (2) Reply Delete

Martin 37 months ago
I also remember his performance opposite David Bowie in the sci-fi classic THE MAN WHO FELL TO EARTH.
Like (1) Reply Delete

Or drag a file here to upload
WILD 37 months ago
Another great comedy writer/comedian lost.
Like (3) Reply Delete