R.I.P. Michael Nader, the dashing Dex Dexter of 'Dynasty' and Siddo on 'Gidget'

Surfing led him to a career alongside Gidget, Alexis Colby and Erica Kane. 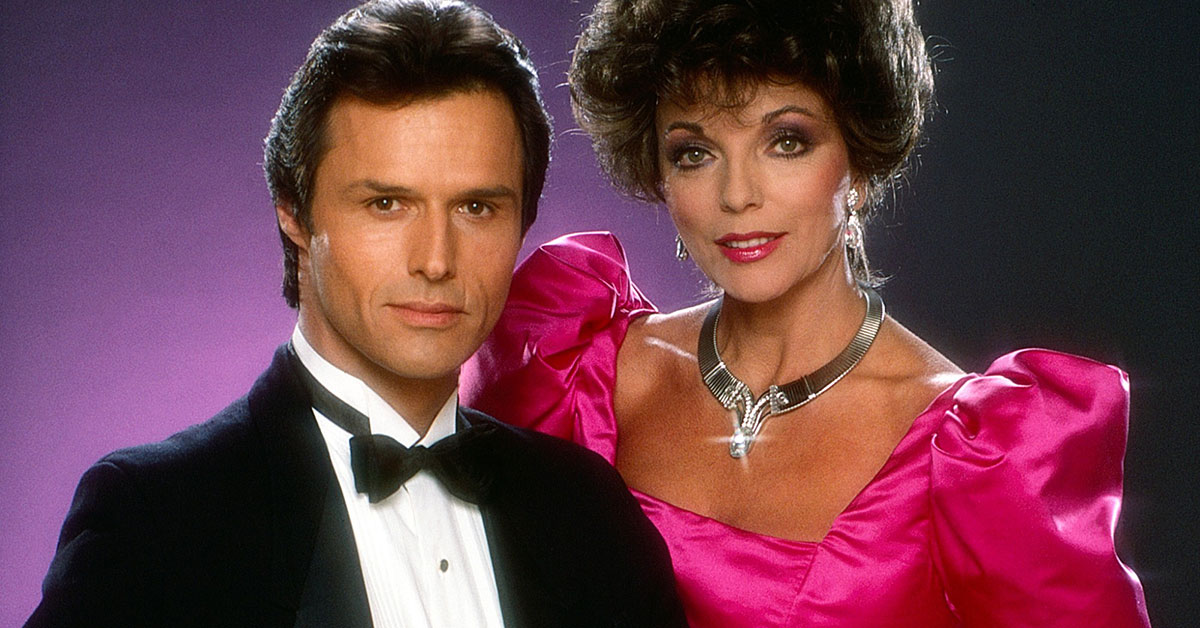 Michael Nader is best known for playing a billionaire playboy, but his acting career had far more humble beginnings. He owed his career to his surfing skills, really.

His parents split soon after he was born, and mom took Michael west to California. Growing up in Los Angeles, he took to the beach and water. When he was 16, in 1961, Nader appeared in a LIFE Magazine spread on the budding surfing craze, in a piece titled "The Mad, Happy Surfers: A Way of Life on the Wavetops."

Hollywood took notice, and the surfer boy landed small roles in Beach Party films. His breakthrough recurring role was as "Siddo" on Gidget. Back then, he went by "Mike." The gig kept him close to a surfboard, as you can see here in a pose with costar Sally Field. 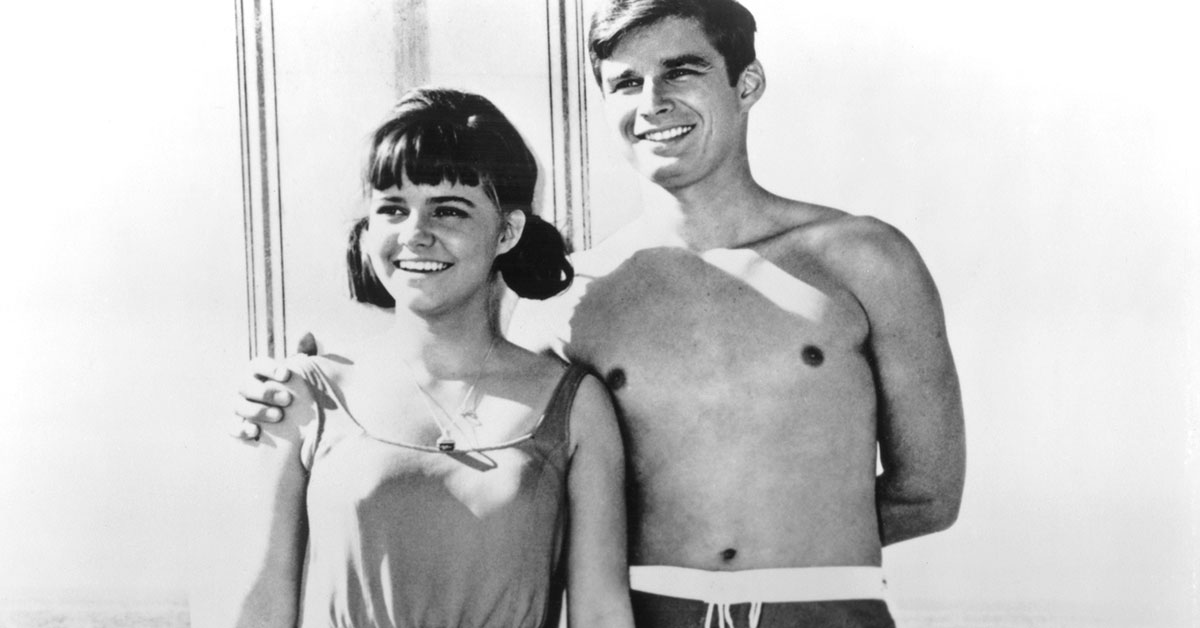 Despite his affinity for the waves, Nader found his true calling in soap operas. Daytime came calling first, as he had a regular role on As the World Turns in the late 1970s. Most will fondly recall the actor as the (arguably second) true love of Alexis Colby's life on Dynasty. 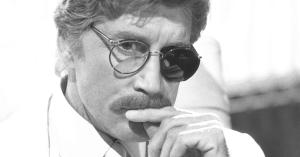 Jon-Erik Hexum, the Voyagers! star who would tragically die young in 1984, was one of the finalists for the role of Dex Dexter. Nader nabbed the role instead. The filthy rich entrepreneur was intended to be a small role, a transitional love interest for Alexis (Joan Collins) after her break from Blake Carrington.

Nader would stay on Dynasty until the end of the series, from 1983–89, becoming Alexis' ride-or-die lover.

In the Nineties, Nader returned to daytime, playing another notable boyfriend, this time by the side of Erica Kane (Susan Lucci) on All My Children.

Nader's real-life wife, Jodi Lister, released a statement that her husband had died, according to The Hollywood Reporter. He was 76. 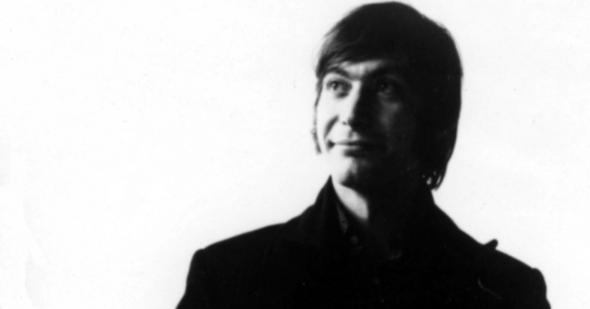 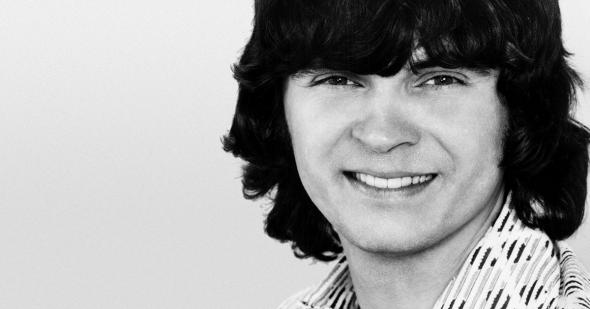 Obituaries
R.I.P. Don Everly, one half of the pioneering pop duo The Everly Brothers 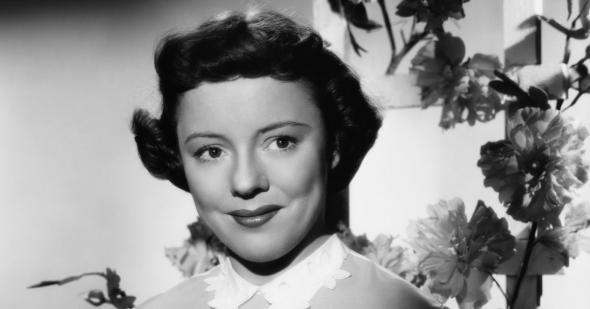 Newsobituaries
R.I.P. Patricia Hitchcock, daughter of Alfred Hitchcock who appeared in ‘Alfred Hitchcock Presents’ and many of his films
Are you sure you want to delete this comment?
Close

Markvaladez 13 days ago
For some reason, I always got Michael Nader mixed up with James Darren.
Like Reply Delete

20 days ago
Any relation to George Nader?
Like Reply Delete

Sway 22 days ago
RIP Michael Nader. Remembering him as the suave, debonair, man who wooed those formidable women in the soaps.
Read that he and his wife were avid dog lovers and fostered dogs.
Like Reply Delete

stephaniestavr5 22 days ago
Seeing Joan Collins reminded me, that last week, Buzzr again aired the episodes of Match Game she was on. Needless to say, it was a trip! Then again, it always is, (for me, anyway,) to see celebs on game shows, You really saw them in a different light!
Like (3) Reply Delete

DethBiz 22 days ago
RIP Mr. Nader. Will always remember him as Dimitri Marick on AMC. Also, on an episode of Perry Mason in the early 90s.
Like Reply Delete

LoveMETV22 23 days ago
R.I.P. Michael Nader, Never watched Soaps or any of the Dynasty type shows. I remember reading the term soap opera originated from the shows sponsorship by soap manufacturers.
Like (1) Reply Delete

stephaniestavr5 LoveMETV22 22 days ago
Dynasty was also a soap. It and all the others like it, were, as probably know, called Nighttime soaps.
Like (1) Reply Delete

stephaniestavr5 LoveMETV22 22 days ago
Or Primetime Soaps.
Like (1) Reply Delete

LoveMETV22 stephaniestavr5 22 days ago
Thank you for the add.
Like Reply Delete

UTZAAKE 23 days ago
The pictorial mentioned in the article was in the September 1, 1961 issue of LIFE. Wouldn't be surprised if Michael Nader was the one featured in the opening photograph. https://books.google.com/books?id=rVQEAAAAMBAJ&pg=PA47&source=gbs_toc_r&cad=2#v=onepage&q&f=false What I remember the most about him was his voice which almost sounded like that of Bob Einstein. Would've love to hear him say "I'm sorry. That's not for me...or my child."
Like Reply Delete

MrsPhilHarris 23 days ago
I realize he was young during Gidget, but it doesn’t look like the same person.
Like (1) Reply Delete

Tresix 23 days ago
Since I didn't watch "Dynasty", I remember him as the first villain from the original "The Flash" TV series with John Wesley Shipp.
Like Reply Delete

justjeff 23 days ago
*sigh* Many of us are getting to that age when many familiar faces from film, TV, radio, music or cartoons are passing on.

To those who love doo-wop music, we recently lost Willie Winfield of The Harptones, who gave us "A Sunday Kind of Love" and other group harmony favorites...
Like (1) Reply Delete
Load previous comments

stephaniestavr5 justjeff 22 days ago
As you said what you said about me, (which I thank you for,) "Well said."
You have a few years on me, I just became a sexagenarin this year. So while I don't have as clear a recollection as you have about JFK, his brother and MLK I remember, of course, a bit better. I do remember where I was on that historical July day, do you? All four, (parents and older sister,) were downstairs in the rec. room watching it. My mom was sitting on a chair and my dad, Becky and I were sitting on the couch.
I am a huge fan of Neil Diamond's so I am very familiar with his music. Do you like him as well, or just this one song? {As a bit of proof that I am, here's a Neil Nugget that those who are, would know: "Done Too Soon" is on the flip side of his single "I Am, I Said."}
I have loved his music since I was 13. "Longfellow Serenade," is what started the love affair. In High School, (all girls Catholic,) per tradition, the Seniors were asked to choose a quote, to print by their yearbook photo. I chose: "I never cared for the sound of being alone." {From of course "I Am, I Said."} Because it summed up who I was: I was a loner in high school.
Congratulations on the days you have been able to enjoy because of your pacemaker! Since you mentioned it, I feel more comfortable asking you these questions. (Then again, would I be wrong in assuming one can ask you [just about] anything?)
How long have you had your pacemaker and have you had to replaced it? The reason I ask, it reminded me of my grandma. (mom's mom.) She had one, and it was never replaced. She had it longer than the "usual amount of time" one is supposed to last. She had it when she passed. That was grandma! When she purchased something, she purchased it for the long haul! The item that immediately springs to mind, (there were I think others, but this will prove my point.) is the refrigerator. She literally had it for over 40 years before she got a new one. If memory serves, she was reluctant to give it up. It was a good one, and I understood her reluctance.
I wanted to end this on a bit of less philosophical tone, a pun, but I can't think of one. (I guess this rhyme will do. Scooby Dooby Doo[Where are you?]
Like Reply Delete

justjeff stephaniestavr5 21 days ago
Stephanie, I've been a fan of Neil Diamond for years - but kind of stopped listening to his 'newer' music after "Heartlight". I found "Heading for the Future" too much commercial pap. I loved his 'thoughful' period on Uni Records, and was nuts about his 'hand-clapping' pop hits on Bang ("Cherry, Cherry", "The Boat That I Row", etc.)

As for my pacemaker, I've had it about 11 years... and will be due for a replacement in about 6 months or so (God willing)... I consider Feb. 15th my "re-birthday". This is not any kind of a religious comment... What I mean is that I've been given a second lease on life on that date, and am grateful for it.
Like Reply Delete

harlow1313 stephaniestavr5 21 days ago
I, too, like Allan Parson's "Time." It captures the right melancholic ache of this life.

I don't know Diamond beyond the hits, but I particularly like the sentiment in "Forever in Blue Jeans."

Both of the above are moving songs. I am grateful for music, especially when the lyrics are smart.
Like Reply Delete

stephaniestavr5 20 days ago
It seems like one after another is passing away. All the musical & movie/TV stars I remember from my youth. Very sobering.
Like Reply Delete