Sharona's mother on Monk is the kind teacher who ''betrayed'' Carrie

In her first role ever, she's singled out by Carrie who brutally slays her in the horror movie's most iconic scene.

The only time that Sharona’s mom appears on Monk, it happens in a second season episode called "Mr. Monk Goes to the Theater".

In the episode, Sharona’s sister Gail (played by Amy Sedaris) is accused of murdering her costar onstage during a theatrical production.

Sharona’s mother makes a special trip to help her daughter Gail clear her name of this crime and she ends up being the person who convinced Monk to investigate the case.

Playing Sharona’s mom is actor Betty Buckley, once considered the "Voice of Broadway," winning a Tony in 1983.

Before she snagged the Tony, though, Buckley was just beginning her onscreen acting career in 1976 when she appeared in her first role ever in the movie Carrie. She was 29 at the time, considered a late bloomer.

In Carrie, she played Miss Collins, the kind-hearted gym teacher who is basically the only person in the classic horror movie to show the angsty explosive teen any sympathy for all the bullying she receives. 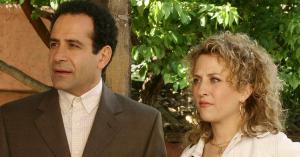 Monk stars discuss the untouchable chemistry between Monk and Sharona

Because Miss Collins became such an important person to Carrie, Sissy Spacek’s famous character sees it as a complete betrayal when during the movie’s iconic prom scene she imagines that the teacher is laughing at her like all the others for the prank pulled with the bucket of pig’s blood.

In fact, Miss Collins wasn’t laughing but weeping, so ashamed that she could’ve stopped the prank, but had failed to do so.

For that failure and due to Carrie’s confusion, Miss Collins suffers a horrific death during the ensuing prom massacre. She’s snapped completely in half when Carrie pins her against a wall and then sends a basketball goal post at her teacher.

Perhaps because of this gruesome scene being so memorable, Buckley caught the eye of TV producers working on the sitcom Eight Is Enough.

In 1977, Eight Is Enough suffered a real tragic loss when its star and TV mom Diana Hyland passed away suddenly from breast cancer.

Looking for someone to step into the sitcom, ABC network exec Brandon Tartikoff thought of Buckley in Carrie and considered her sweet onscreen nature perfect for the role.

After Eight Is Enough ended in 1981, Buckley continued acting, appearing in movies and TV shows through the 1990s.

Then the early 2000s brought her back to prominence on TV when she stepped in as one of the main character’s mothers through 18 episodes of the HBO drama Oz. Her casting on Monk as Sharona’s mom soon followed. Since then, she’s continued to act and is still active in movies and TV shows today.

Buckley told The Fort Worth Star-Telegram in 1996 that she always knew she was destined to do her best work playing mature roles.

"I knew when I was in my 20s that I would be a late bloomer," she said. "I thought, 'I bet I really grow into myself in my 40s,' and that’s been true. And I’m relieved that I knew that, because in this culture if you don’t become a super, super, super star in your mid-20s, you think it’s over." 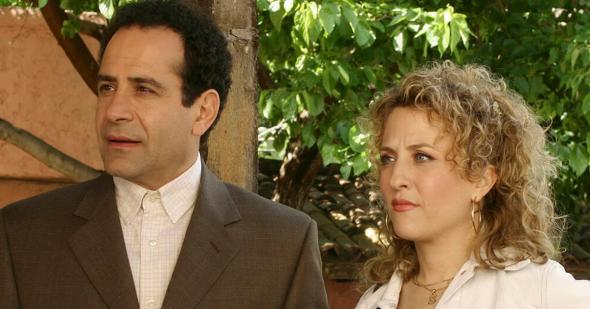 Monk stars discuss the untouchable chemistry between Monk and Sharona 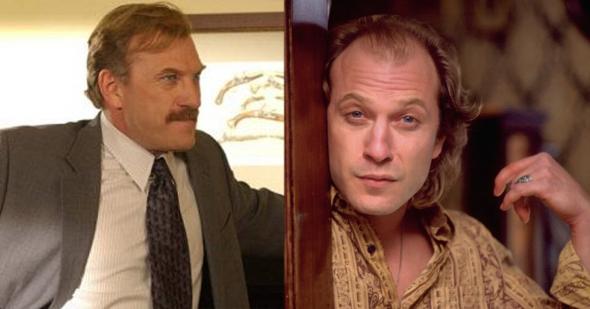 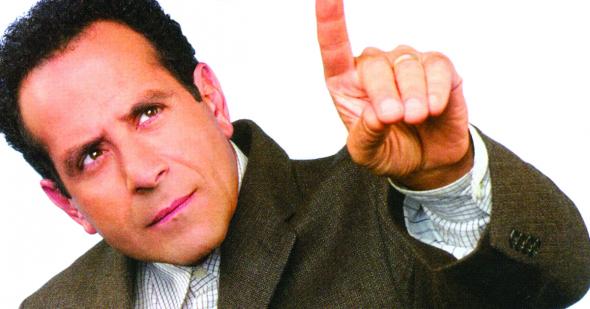 Monk proved Tony Shalhoub was definitely leading man material
Are you sure you want to delete this comment?
Close

TonyClifton 10 months ago
Tony's good, but Ted Levine is a GREAT actor!
Like Reply Delete

musicman37 10 months ago
Anyone know what role Betty won the Tony for? Best Featured Actress in a Musical in the role of Grizabella in "Cats" ("Memory" from the cast album was released as a single). She's had a long and quite busy career. Movies, TV, Broadway and the West End, concerts and almost 20 solo albums, in addition to being on many soundtracks and cast albums. She also conducts Master Classes in Scene Study and Song Interpretation all over the country.
Like Reply Delete

LoveMETV22 11 months ago
Ah another Monk plug, (oh well). Carrie was a good movie kind of scary back when it came out (still is, just less so). Think Sissy Spacek, Betty Buckley and John Travolta did a good job in the movie. Three actors that have many credits to their name. The gruesome scene connection catching the eyes of
Eight is Enough producers is a little odd, but hey that's Hollywood for ya .Lol
Like (2) Reply Delete

morticia77 LoveMETV22 10 months ago
I don't think it was the death scene that caught their eye per se, rather the way she played the teacher Miss Collins.
Like Reply Delete

Zip LoveMETV22 10 months ago
That movie scared the holy sugar out of me when I was younger. That last scene where her hand springs up out of the grave really haunted me for a while.
Like Reply Delete