Where To Watch Shop Store Contact
Home / Stories / Ted Cassidy's ''grand romance'' was with his college sweetheart
Did you know?

Ted Cassidy's ''grand romance'' was with his college sweetheart 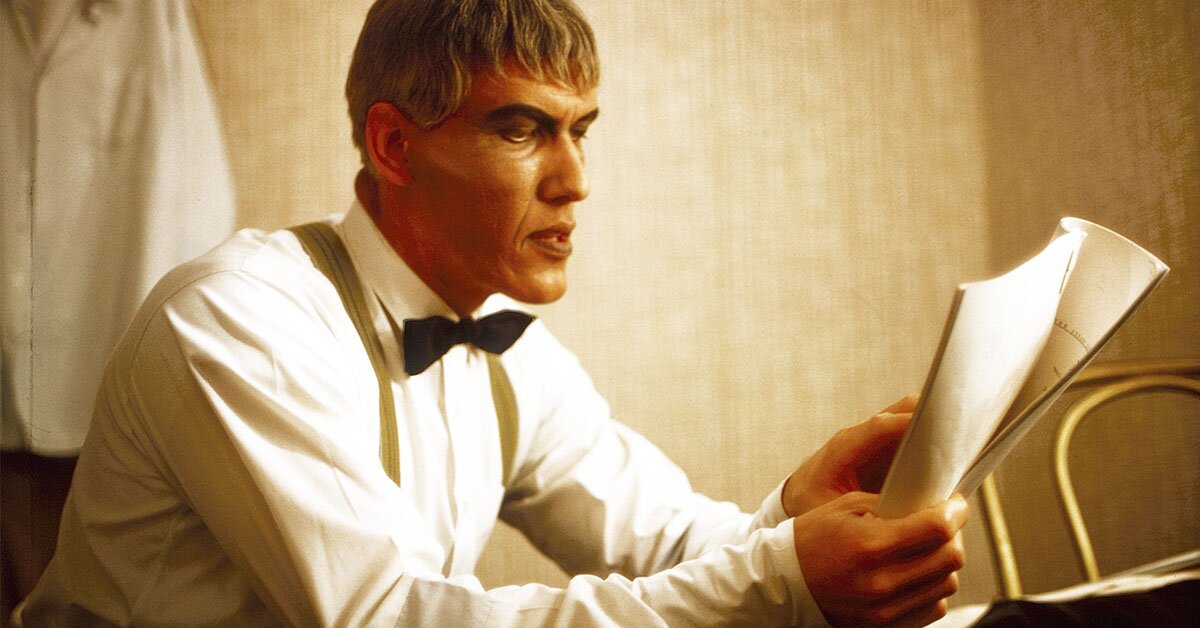 One of the last episodes of The Addams Family to ever air was the second-to-last episode "Lurch’s Grand Romance," which found the lumbering butler swooning over a new love.

It’s a funny episode featuring Lurch, as well as one of Grandmama’s love potions, but behind the scenes of The Addams Family, Lurch actor Ted Cassidy didn’t need any potion to find love.

He already had his own family to support, after falling in love and marrying his college sweetheart in his 20s.

Cassidy met his wife Margaret Helen Jesse, who went by Jesse, when they were both going to college in Dallas, Texas.

He was a basketball player who had transitioned into radio broadcasting, and she was a pretty young student with a flair for creative arts studying psychology.

After they got married, they bought a huge house in Dallas and started a family, welcoming first their son Sean, then their daughter Cameron.

Things were going well for Cassidy in Texas, and he was so happy to be able to provide for his family, rising up in the radio ranks to titles like sports director and host-producer on popular music shows. 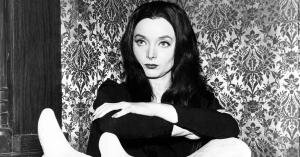 Do you know which Addams Family member was created first?

But then, Cassidy got the itch to act, and Jesse decided to support his ambition. He would go to California for auditions, and she would often accompany him.

At first, it felt like a lost cause, making those trips and returning to Texas having gotten no parts, but then Cassidy got cast on The Addams Family, and things seemed to be turning around.

Jumping at the opportunity, Cassidy moved his family out of that big Dallas house and into a cramped two-bedroom apartment outside Hollywood.

His plan was to wait out the first year of The Addams Family and see how it goes before buying a house.

Supporting him, Jesse made the cramped apartment feel like home, drawing caricatures of her husband in crayon with the kids and hanging them all over the walls.

Sometimes when he came home from a long day of shooting, she’d be there with guitar in hand, ready to sing songs and relax into their family’s hootenanny kind of home vibe.

It was very exciting for the Cassidy family then, when The Addams Family became a success.

Cassidy and Jesse decided it was time to settle in for real in California, going house hunting at last.

They hoped to find a house as big as the one they left in Dallas, with a huge yard that could serve as a playground for their kids and the dog.

While Cassidy returned to the studio to film episodes, his wife Jesse would continue her classes at UCLA, still on a path to become a psychologist.

Cassidy must’ve looked around his house at that moment and known that he had really made it, no longer worried about having to move his family any time his career called on him to find a new role or meet a new challenge.

Then in 1975, Cassidy and his wife Jesse divorced, and four years later, Cassidy died at the age of 46.

The family man’s memory was honored by his kids, who obeyed his final wishes and scattered his ashes in the backyard of their family home. 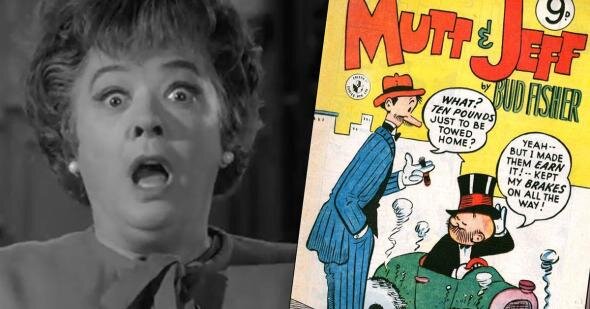 Did you know?
This character actress took her unusual stage name from her favorite comic strip 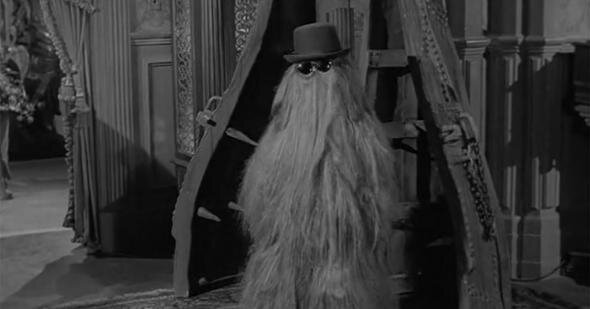 How well do you know the other actor who played Cousin Itt? 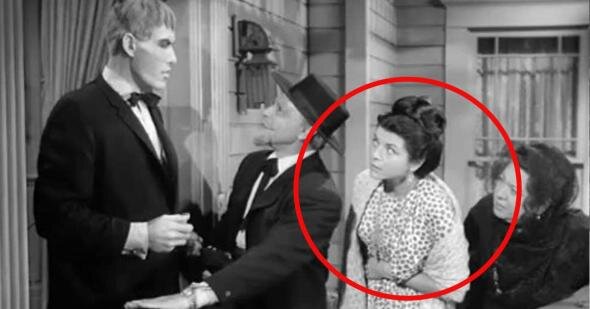 Did you know?
Yardena went from soldier to Addams Family guest star
Are you sure you want to delete this comment?
Close

DanDo77 2 months ago
Cassidy also played Ruc "Rock" on one episode of Star Trek "What are Little Girls Made Of". This was the episode with Dr. Corby and his planet of androids. He was also seen on one Episode of Mannix. I don't remember the name of that episode. It was in Season 1. 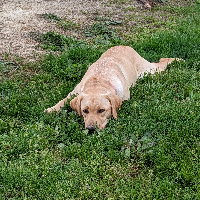 BaileyLynn 2 months ago
Such an underrated actor!
Like Reply Delete

Mimi50flores 2 months ago
I grew up watching Adams Family. Now I’m 59 and my grandkids watch it. It’s crazy how all the shows I watched them like Adam-12, Andy Griffith and love Boat and Happy Days Oh My Gosh and the three stooges. Now my grand kids are watching them. My adult kids rather have them see those shows then the shows that air now in these days. All my little kids also watch The Brady Bunch and in the morning all cartoons. Thank you MeTV for brining back them good shows. Try to bring back Lassie and That Girl and Bewitch. Please thank you
Like (1) Reply Delete

Johnnyrocker 2 months ago
Ted Cassidy was an awesome man and played an unforgettable Lurch!
Like Reply Delete

horribleHDanny 2 months ago
Back in the mid 70s,he was one of the umpires for our Little League.If you can imagine that voice,calling balls and strikes and ruling guys safe or out!!It was awesome,and he was the umpire that NOBODY argued with,LOL!!
Like (2) Reply Delete

RichLorn horribleHDanny 2 months ago
How could anyone argue? With his height he had what amounts to of an aerial view of the plays.
Like Reply Delete

JoeSHill 2 months ago
A misunderstood, but highly talented giant! Ted Cassidy's work on ABC/Filmways TV Productions' "THE ADDAMS FAMILY" (1964-1966) was certainly a work that put this actor onto the chart. But in reality, it was his amazing voice that helped out his struggling acting career, despite the casting handicap that resulted in him being typecast as some huge person with a low IQ, Cassidy was way more than that! One of his earlier jobs in his career was as the voice of a Martian who warns humans not to colonize onto the Planet Mars from American International's "THE ANGRY RED PLANET" (1959) with Gerald Mohr, who, ironically, would go on to voice "Reed Richards" in Hanna-Barbera's animated cartoon version of Marvel's "THE FANTASTIC FOUR" for ABC Saturday Mornings in Fall 1967, while Ted Cassidy voiced "Galactus", and a decade later, he also voiced "Ben Grimm, Aka "The Thing" in DePatie-Freleng's 1978 version of "FANTASTIC FOUR" for NBC, while doing the grunts, growls, and credit narration for CBS's "THE INCREDIBLE HULK" (1978-1981). Ted Cassidy's amazing voice was also his greatest asset, and Hanna-Barbera Productions also thought so as well! Cassidy even appeared as "Lurch" in a 1965 episode of ABC's rock music series, "SHINDIG!", which also featured a guest appearance by Boris Karloff, and was promoting a crazy dance called "The Lurch". Hanna-Barbera had Cassidy dong voiceovers for "ATOM ANT", and later, on their 1966 CBS series, "FRANKENSTEIN JR. AND THE IMPOSSIBLES". In Fall 1968, Hanna-Barbera Productions made was likely one of their greatest and original TV series using live-action and animation in NBC's "THE NEW ADVENTURES OF HUCK FINN" (1968-69) that had both the live and animated likeness of Ted Cassidy as "Injun Joe". This was likely one of the best TV shows of its kind that was ever made! But Cassidy's personal life was obviously challenged, and why his marriage ended, we'll never know, but this man was still a talented giant, and if Hollywood could've made a possible exception in Ted Cassidy's case, he could've made a much better actor despite his size, but it was his voice that was greatly a talented asset! In Fall 1967, he and The voice of Hollywood, Paul Frees, collaborated on an animated NBC series called "SUPER PRESIDENT", which was a big disaster, superhero-wise, but an interesting cartoon series. Cassidy voiced "Richard Vance", alias, "Spy Shadow", who could animate his own shadow. But in the final analysis, I think that Ted Cassidy tried very hard to make his career as best as he could do, but hit too many obstacles with casting agents that refused to see him as anything else but "Lurch", and that had to totally suck! He last played "Lurch" in NBC's HALLOWEEN WITH THE ADDAMS FAMILY" TV special in October 1977, a decade after the original ABC series was canceled, but seven years after the original series, most of "THE ADDAMS FAMILY" cast had reunited, mostly as voices for CBS's "THE NEW SCOOBY-DOO MOVIES" in 1972, where The Addams Family met Scooby and The Gang, and that later led to NBC and Hanna-Barbera doing a 1973 cartoon series, and a second version for ABC in 1991.
Like (4) Reply Delete

MikefromJersey JoeSHill 2 months ago
JoeSHill,
Your post is one of the best I have ever read on the MeTV boards. Thanks for sharing.

BaileyLynn JoeSHill 2 months ago
Being typecasted was even worse in his case, because academically,he was actually very gifted. By age 6,he went into the 3rd grade,high school at age 13. He was a VERY talented man,and a very underrated actor
Like (1) Reply Delete

F5Twitster 2 months ago
“One of the last episodes of The Addams Family to ever air was the second-to-last episode ‘Lurch’s Grand Romance,’ which found the lumbering butler swooning over a new love.”

“His plan was to wait out the first year of The Addams Family and see how it goes before buying a house.”

The second-to-last episode WOULD be one of the last, now, wouldn’t it?
Like Reply Delete

Beverly 2 months ago
He was a talented actor, funny and the perfect opposite for John Astin. Thanks for the family photos
Like (1) Reply Delete

tootsieg 2 months ago
I like the character of Lurch a lot and also he is so funny.
Like Reply Delete

Michael 2 months ago
He was in both Genesis and Planet Earth. And maybe I first noticed him in He New Adventures of Huckleberry Finn.

justjeff Michael 2 months ago
He was also the poor slob who got kicked in the crotch in "Butch Cassidy and the Sunset Kid"...
Like Reply Delete

pdbronco Michael 2 months ago
And before that he was on Star Trek ("What Are Little Girls Made Of?"). To me one of the more memorable characters in the series.
Like (1) Reply Delete

LoveMETV22 2 months ago
Thank You MeTv for the interesting story. Ted Cassidy was such a likeable character on The Addam's Family. 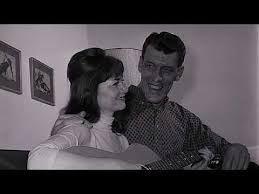 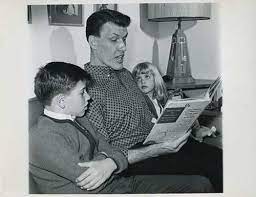 Runeshaper 2 months ago
Great story! Sad to hear that he passed away so young though. He was a fantastic Lurch!
Like Reply Delete

WordsmithWorks 2 months ago
I've noticed an uptick in background stories like this on the MeTV site. I hope the trend continues.
Like (3) Reply Delete

LoveMETV22 WordsmithWorks 2 months ago
Yes, even if not directly the actor(s) or actresses ,the history of the show, associated information etc... is always interesting to read.
Like (3) Reply Delete

Pacificsun 2 months ago
I'm glad you posted real pictures of him. It would be a shame to have remembered him only as Lurch.
Like (1) Reply Delete

LoveMETV22 2 months ago
I re-posted / better but smaller smiling pic of him and his wife, and the daughter looking more interested in story LOL.
Like (1) Reply Delete

Lantern 2 months ago
Wonder if either of his kids inherited his stature.
Like Reply Delete