Where To Watch Shop Store Contact
Home / Stories / The Andy Griffith Show's Maggie Peterson got her start singing in the back of pickup trucks
Did you know?MayberryAunt Bee

Her real life was not that far off from the Darlings. 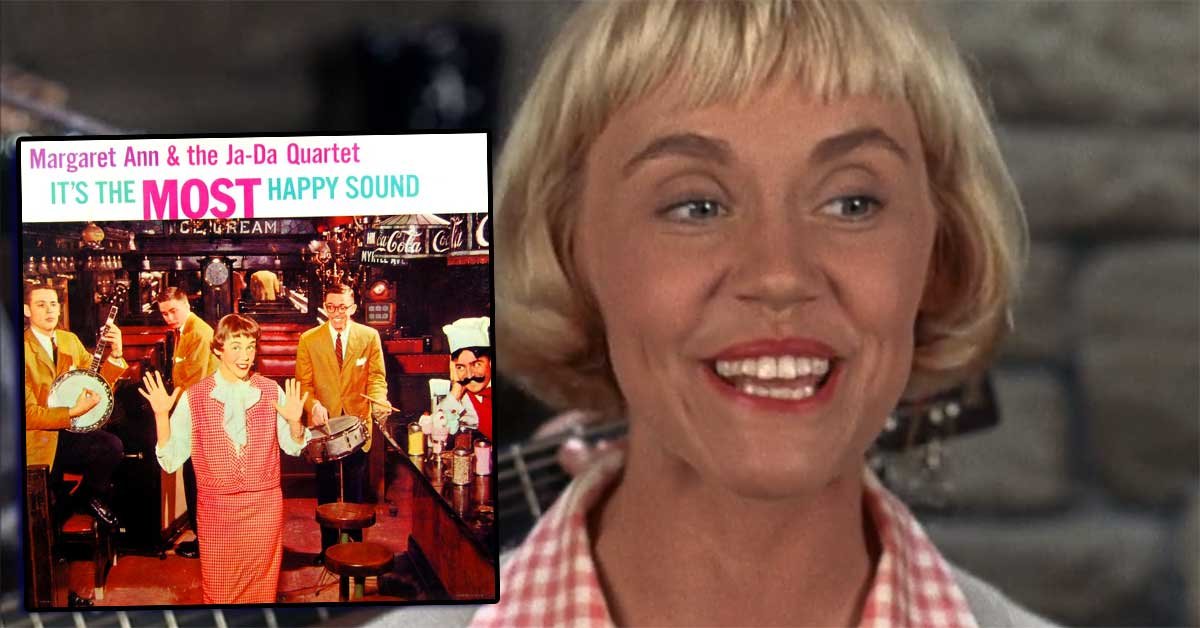 The Andy Griffith Show was rich with music. The charming All-American sitcom dabbled with bluegrass, folk, country and rock 'n' roll. Musicians like Jim Lindsey and Bobby Fleet and His Band with a Beat always seemed to be passing through Mayberry. Sheriff Taylor himself loved to sit on the porch and strum his acoustic. Even Opie had a band.

But the Darlings are perhaps the most familiar musicians from The Andy Griffith Show. The fictional family of hillbillies turned up in six song-filled episodes. Brisco Darling (Denver Pyle) was the elder head of the clan, but the adorable Charlene Darling stole scenes as the lead singer. She also had a deep crush on Sheriff Taylor. ("But, Pa, can't I just look at the pretty man?!")

Maggie Peterson (now Mancuso) played the fiery blonde. Peterson had connections to Andy Griffith before the hit TV series began. She was discovered in 1954, when she was in high school, by Richard O. Linke, the talent manager who also plucked Andy Griffith from obscurity to make him a comedy star. Peterson would go on to work with her Andy Griffith Show castmates again and again, appearing alongside Don Knotts in his movie The Love God? and returning to Mayberry for an episode of Mayberry R.F.D. (oddly enough playing a different character, Edna, a café waitress). 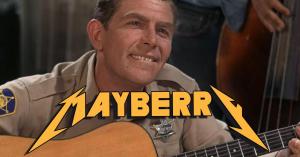 quiz
Can you name these musicians from The Andy Griffith Show?

But it all began in the mountains.

"Margaret Ann and the Ja-Da Quartet come from the crystal clear, high mountain country of the West. From Greeley, Colorado, to be exact." So read the liner notes to the 1959 Warner Bros. album It's the Most Happy Sound. "They have a youthful, scrubbed look that admirably suits their material…. Margaret Ann, pixie-ish in looks and demeanor, scampers among her cohorts when not occupied vocally."

In case you have not put two and two together, Margaret Ann was none other than Maggie Peterson, who played with her brother Jim in band.

The teenage singer toured with the elder boys as she attended high school. She and the Ja-Da Quartet piled into the back of a 1929 Model A Ford pickup truck owned by the drummer, Gordon Ellinger, the "old man" of the band at 23 years old. They painted the truck fire-engine red, and puttered around to church gathering and civic affairs to perform.

After Richard O. Linke heard them perform at a hotel in Colorado, he encouraged them to come to New York. The move paid off, as the band booked gigs on The Perry Como Show and The Pat Boone Show.

Alas, It's the Most Happy Sound is hard to come by these days, Andy fans.

ETristanBooth 50 months ago
The Ja-Da album is on Amazon, but only in vinyl.
Like Reply Delete

moax429 ETristanBooth 50 months ago
Just about *any* album from Warner Bros. Records' early days were never released on CD, except for at least two I can think of: the music from "77 Sunset Strip" (1958) and the soundtrack album of the movie version of "The Music Man" (1962).
Like Reply Delete

RedSamRackham 50 months ago
* While all of us young guys loved Elly Mae on Beverly Hillbillies Charlene Darling was my favorite Hillbilly gal. Charlene loved men while Elly was obsessed with critters. ☺
Like Reply Delete

harlow1313 50 months ago
I listened to half the song. I'm not much of a metal-head.
Like Reply Delete

stephaniestavropoulos 50 months ago
That song and that voice ranks right up there with nails on a blackboard! AY-YI-YI-YI-YI!
Like Reply Delete

ETristanBooth stephaniestavropoulos 50 months ago
She sounds better on TAGS.
Like Reply Delete