Uhura goes back in time and sings about the value of education in this sweet 1970s film.

Since we lost Nichelle Nichols recently, fans, colleagues and Trekkies worldwide have been remembering her incredible life. Beyond playing the iconic Enterprise communications officer, Nichols was well-known for her offscreen work where she used her sci-fi fame to encourage more marginalized groups to apply for NASA. Dr. Mae Jemison, the first African-American female astronaut, directly attributed Nichols' campaigning to her drive to become an astronaut. 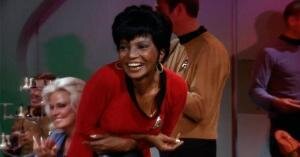 In honor of Nichols' legacy, the Smithsonian National Air & Space Museum released rare footage from a 1978 video filmed during the production of Star Trek: The Motion Picture. The video was made as part of a twenty-minute educational film called What's In It For Me? filmed by Nichols' company Woman in Motion, Inc.

Nichols filmed the video as part of a drive to encourage more school-aged minority children to visit after a lack of diversity in attendance was identified by the museum. In the short film, Nichols, playing Lt. Uhura, beams back in time to the museum where a modern-day girl gives her a tour of the museum.

Near the end, the girl expresses her concern that she'll never be able to do what Uhura does. "Lieutenant Uhura, I believe in you, but you live way in the future. Can girls ever really be like you? Can they really tour galaxies like you do?"

In return, Uhura sings her a song encouraging her to never stop reaching for the stars and to continue gaining knowledge through her life. Finally, a choked-up Uhura asks Scotty to beam her back aboard. 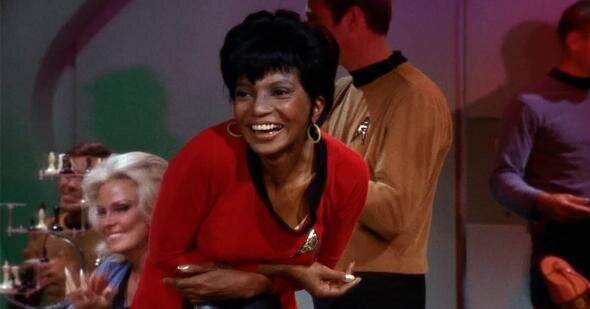 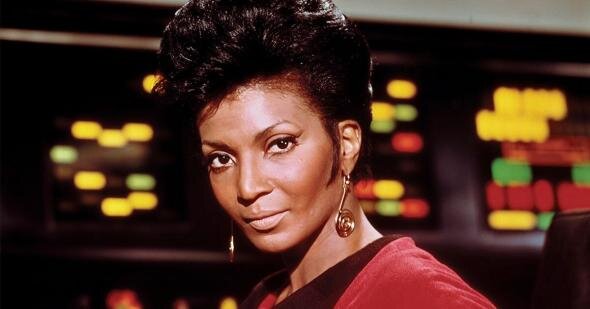 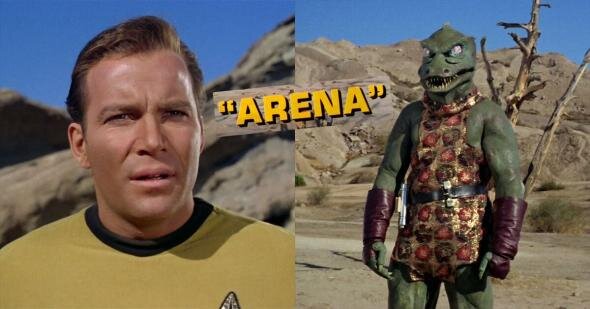 How well do you know the memorable Gorn episode of Star Trek?
Are you sure you want to delete this comment?
Close

Retrogirl1969 1 month ago
Such a awesome lady!!! The video brought tears to my eyes. Thank you for sharing.
Like Reply Delete

Andybandit 1 month ago
She was a classy lady.
Like Reply Delete

Pacificsun 1 month ago
If the young lady featured in the film 𝙬𝙖𝙣𝙩𝙨 to be found, some one should look her up. And ask, what was her experience like? How was she inspired? And how has she seen the world change?
Like Reply Delete

LoveMETV22 Pacificsun 1 month ago
Looks like the video is just a snippet or clip from a larger documentary. The links in the story call her
" contemporary girl" or " the girl". A quick search on the title from IMDb under cast list, doesn't show any info such as young girl or similar. A lot of " selfs", but she could be a number of those selfs. LOL.
Like Reply Delete

Pacificsun LoveMETV22 1 month ago
Good points. Likely, perhaps, part of NASA archival film. And details would only be (if that) available through the film maker. Maybe around middle-age at this point? It would be such an interesting follow up, but (LOL) beyond my skill set! Thank you for trying!
Like Reply Delete

Rick Pacificsun 1 month ago
A couple of places on the internet name that girl "Lishia," but since that was also Nichelle Nichols' mother's name, it's probably not the girl's real name, just the character.
Like (1) Reply Delete

Runeshaper 1 month ago
Nichelle Nichols was AWESOME and will be GREATLY missed!
Like (1) Reply Delete

Michael 1 month ago
Here's something for Nichelle. I just got email about a story about Nicole Aunapu Mann going to the space station in September. The first Native woman in space. I know there have been a Native astronaut or two, but can't remember if any got to space.
Like Reply Delete

justjeff 1 month ago
What a touching bit of film footage. The way the world is now, we need as much positivity as possible...
Like Reply Delete

madvincent justjeff 1 month ago
we grew up with lead in the paint........I think they need to put the lead back in the paint
Like Reply Delete 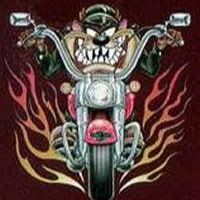 TazMDevil madvincent 1 month ago
Thanks madvincent....I will be laughing about your comment for quite awhile.
Like (1) Reply Delete

LoveMETV22 1 month ago
Thank you MeTv for the article as well as the associated video clip.
Like Reply Delete