Where To Watch Shop Store Contact
Home / Stories / The writer behind some of the best Andy Griffith Show episodes also created Saved by the Bell
Did you know?newsobituaries 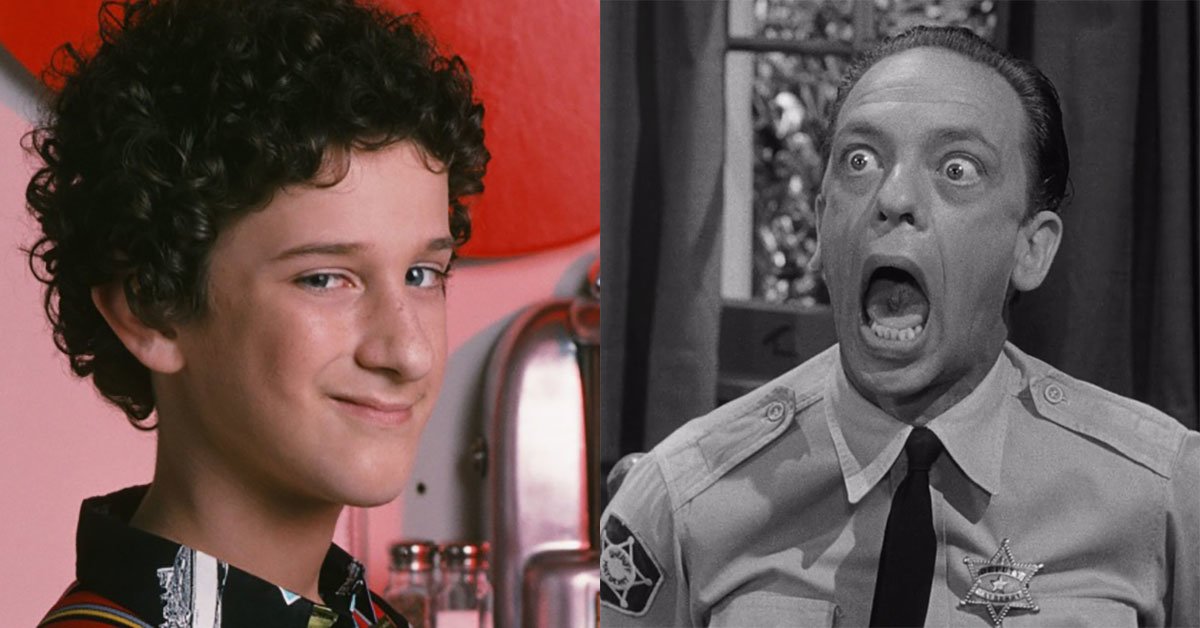 They may belong to different generations, but Barney Fife and Screech Powers have a lot in common. Both characters were sources of slapstick comedy on their sitcoms, The Andy Griffith Show and Saved by the Bell. Both had high-pitched voices. Both were scrawny, rather cowardly, yet surprisingly sure of themselves. With "Nip in the bud" and "Zoinks!" at the ready, both had oft-repeated catchphrases.

There is a good reason for the parallel. Sam Bobrick, the creator of Saved by the Bell, wrote some of the funniest Barney episodes for The Andy Griffith Show. The Air Force veteran and journalism major penned "Barney's Bloodhound," " Barney Fife, Realtor" and the later color episodes that centered around the deputy, including "The Return of Barney Fife" and "A Visit to Barney Fife."

Bobrick had a knack for romantic comedy, as evidenced by his script for "Barney and Thelma Lou, Phfftt." That skillset carried over to the spin-off, Gomer Pyle, U.S.M.C., where Bobrick often dreamt up hilarious love scenarios for Gomer and Lou-Ann Poovie, as seen in his "Love's Old Sweet Song" and "Lou-Ann Poovie Sings Again."

A graduate of the University of Illinois, Bobrick honed his chops working for Captain Kangaroo. Not long after he got his first big screenwriting break on The Andy Griffith Show with "The Shoplifters," the budding writer contributed to The Flintstones, beginning with a James Bond spoof titled "Dr. Sinister" in 1964.

Bobrick even wrote pop songs, such as "The Girl of My Best Friend," a tune that Elvis Presley sang in 1960. (Listen to it below)

Two decades later, Bobrick created a sitcom for the Disney Channel starring Hayley Mills. Good Morning, Miss Bliss centered around a teacher and her students in John F. Kennedy Junior High School in Indianapolis, Indiana. The cable network axed the series after one season, but NBC swooped in to, well, save the show. The Peacock renamed the show Saved by the Bell and moved the setting to sunn Southern California. That proved to be the magic touch.

In the 1990s, Bobrick stepped away from television to focus on writing for the stage. His plays made it to Broadway and won awards.

On October 11, Bobrick died at the age of 87, according to The Hollywood Reporter.

Sooner 33 months ago
Can't imagine comparing Andy Griffith Show to Saved By the Bell. Saved by the Bell is one of the worst TV shows ever.
Like Reply Delete

Jon 33 months ago
Sam Bobrick wrote with Bill Idelson (Herman Glimscher from DVD Show) on occasion. I looked over Mr. Bobrick's web page at one time, and he never mentioned SBtB anywhere. I hope he made good money from it at least. RIP.
Like Reply Delete

Barry22 33 months ago
RIP. The Max will be closed until further notice.
Like (2) Reply Delete