Where To Watch Shop Store Contact
Home / Stories / This is arguably the most darling song to Sheriff Andy on The Andy Griffith Show
Did you know?MayberryMusic1960s

Read the lyrics to the final verse never heard on the show.

When the Darlings roll into Mayberry after Charlene has her baby, Sheriff Andy — after whom her baby Andelina is named — has one request. He hasn't heard Charlene sing in a while. Could she sing a song?

The episode is called "The Darling Baby," and once Andy makes the request, the Darlings patriarch Briscoe piles on, asking Charlene to sing that love song he so adores.

"But that one makes you cry, Paw," Charlene says. Briscoe prompts her to go on with the tune.

She sings: There is a time for love and laughter / The days will pass like summer storms / The winter wind will follow after / But there is love, and love is warm.

The rest of the Dillards join in, and as you know, the harmonies are stunning.

There is a time for us to wander / When time is young and so are we / The woods are greener, over yonder / The path is new; the world is free.

There is a time when leaves are falling / The woods are gray; the paths are old / The snow will come, when geese are calling / We need a fire against the cold.

Charlene's big eyes seek out her brothers, and once again they sing the chorus in lovely harmony. By then, Andy is already so moved; he stops his picking.

There is a time for us to wander / When time is young and so are we / The woods are greener, over yonder / The path is new; the world is free.

It's at this point that Briscoe breaks out his hanky and starts dabbing at his face. Charlene's voice gets quieter and the Dillards join in to repeat the chorus in a rising crescendo before finishing the song.

When they're done, Andy says, "Well I believe that’s the prettiest thing I ever heard."

But the thing is, Andy is robbed.

In this cherished version of "There Is a Time" — a song written by the Dillards, the very real, pioneering bluegrass band featured on the show as the Darlings — Charlene stops singing before she delivers the final verse. Read it now so you can appreciate the song's somber final note:

So do your roaming in the springtime / And you'll find your love in the summer sun / The frost will come and bring the harvest / And you can sleep when day is done.

On The Andy Griffith Show, the Dillards perform many songs, some of them cover songs, and some of them originals like "There Is a Time." But while this is the only time we hear almost all the lyrics on the show, if you have a careful ear or if you just like bluegrass, you might’ve noticed the song features on the show more times than just this once.

In the next season, for the episode "Aunt Bee, the Swinger," Andy breaks out the guitar at the end of the episode, and when he strums it, instead of singing, he whistles along. His whistle is haunting and beside him on the wicker loveseat is Andy's eventual bride Helen Crump, whose eyes fill with adoration when she recognizes the notes. (Perhaps Andy has played her this song before?)

But then the song comes back again one last time for a very special final performance. In the seventh-season episode "The Darling Fortune," it's the last time we see Denver Pyle as Briscoe and Maggie Mancuso as Charlene. They had to find a good way to say goodbye, and, of course, that came down to song selection.

The first song played is "Salty Dog," and it's a rousing dance tune that sees Charlene do-si-do-ing around Andy's living room. Then later in the episode, after it’s been decided that Helen Crump would make a good bride for one of the Darling boys, they choose a very special song to court Helen: "There Is a Time."

We hear them singing offscreen before we see Helen roll her eyes and call Andy who drives right over in a hurry to put a stop to this attempt to steal his girl. When we do see the Darlings, the camera pans over to Briscoe, wiping his eyes with his hanky once again.

"There Is a Time" comes back again and again, and its wholesome lyrics – about taking advantage of your youth, finding love, reaping the harvest of a good life lived — is right in line with the themes of Andy's father-son talks with young Opie. It's somewhat a second theme for the series.

For that reason, we have a hunch that "There Is a Time" is Sheriff Andy’s favorite song. What do you think?

Did you know?1960sMayberry
This memorable Mayberry villain was actually a real troublemaker who did time in San Quentin 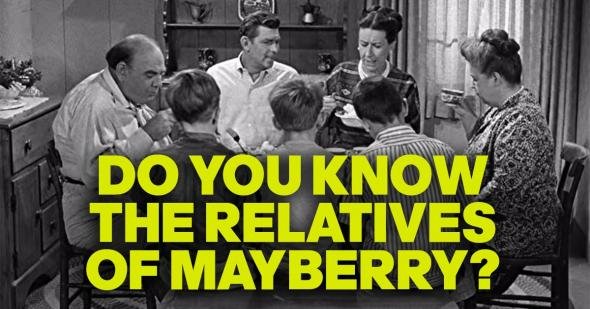 Trivia1960sMayberry
Can you guess how all these Andy Griffith Show characters are related?

History1960sMayberry
Is this the name of a Mayberry character or Vice President of the United States?
Are you sure you want to delete this comment?
Close

RedSamRackham 14 months ago
* When they wanted a Sunday band concert in the park they should've just invited them thar Darlings to perform! ☺
Like Reply Delete

JHP 29 months ago
the Dillards were a talented band for sure - but those eps a re un-watchable...sorry
Like Reply Delete

RedSamRackham JHP 14 months ago
* I enjoy the music of those Darlings episodes! ☺
Like Reply Delete

rwhyde 29 months ago
Maggie Peterson appeared on the next to the last episode of the series “A Girl for Goober” - she played Ken Berry’s (Sam) girlfriend, Doris
Like (1) Reply Delete

Mom1961 29 months ago
This is a great song and the Dillards were so talented. Although not part of any episodes featuring the Darlings, I also loved "Down in the Valley" when Peggy and Andy sang it sitting on the porch after dinner with Opie their rapt audience.
Like (3) Reply Delete

Fuming Mom1961 29 months ago
Andy should have married Miss Peggy, i love that scene of them singing "down in the valley" with Opie looking on. What a great show TAGS was.
Like (3) Reply Delete

jholton30062 30 months ago
That one actually does make me cry. Maggie Peterson Mancuso had a perfect voice for this song.
Like (5) Reply Delete

Vic 30 months ago
The writer was asked, some 20 years later, to write another verse.
It is hopefully poignant.
A friend asked us to learn the song for her.
We think about her every time we sing & play it.

Life is like A River Flowing... With no regrets as it moves on
Around the bend a shining mornin' To greet the friends we thought were gone. [There is a Time...]
Like (6) Reply Delete

LisaAdams 30 months ago
Doesn’t he also play the song and whistle in the episode where his “cousin” Gloria comes to stay because she and bf Frank broke up? Seems like I remember him, Gloria and Aunt Bea our on the porch and Bea sees Gloria looking wistful and asks Andy to play something more lively.
Like (7) Reply Delete

jo LisaAdams 30 months ago
Yes, he does.
Like (3) Reply Delete

MaddMatt66 LisaAdams 28 months ago
Yes, I caught that one too.
Like Reply Delete 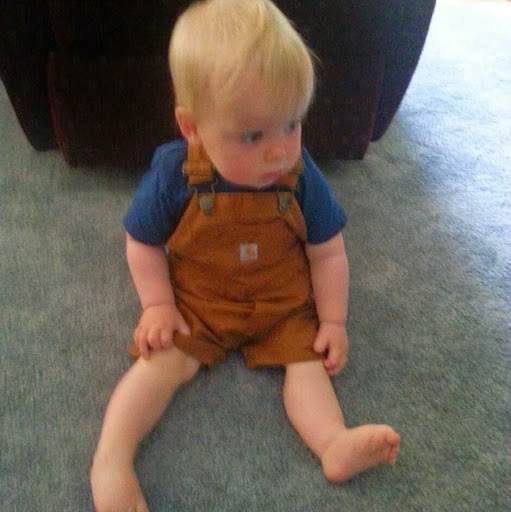 Nadya92129 30 months ago
My favorite "song" on TAGS was when Ernest T. Bass serenade Charlene with "Old Man Squier."
Like (2) Reply Delete

Nadya92129 22 months ago
Ernest was a cutie!
Like Reply Delete 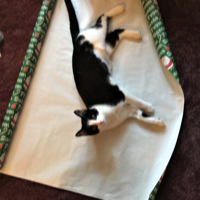 Sway 30 months ago
There is a time is a truly great song. There is yet another verse that Rodney Dillard wrote and performed with the Nitty Gritty Dirt Band and Ricky Scaggs in 2002. "Time is like river flowin
With no regrets as it moves on. Around each bend a shinin mornin And all our friend we thought were gone".
Simply beautiful.
Like (7) Reply Delete

RedSamRackham 30 months ago
* When they wanted to do a band concert in center of town they should've had Darlings perform. ☺
Like (3) Reply Delete

FrankensteinLover 30 months ago
Wish The Darlings had been in a few More Episodes, there Music is better than any of the Garbage they Play on the Radio and they were way more Talented. If you get a Chance to see Rodney Dillard live go for it, worth every Penny to hear these Old Songs Live.
Like (5) Reply Delete

Pacificsun 30 months ago
It's no accident how a network chooses its programming for primetime. While shows are shuffled around a bit, clearly TAGS and MASH are at the core. Well crafted shows, with a personality, and much to say. Most of all about relationships. Timely.
Like (4) Reply Delete