Tony Shalhoub was hesitant to take the role of Monk

He was hesitant at first about the many 'quirks' of Monk. 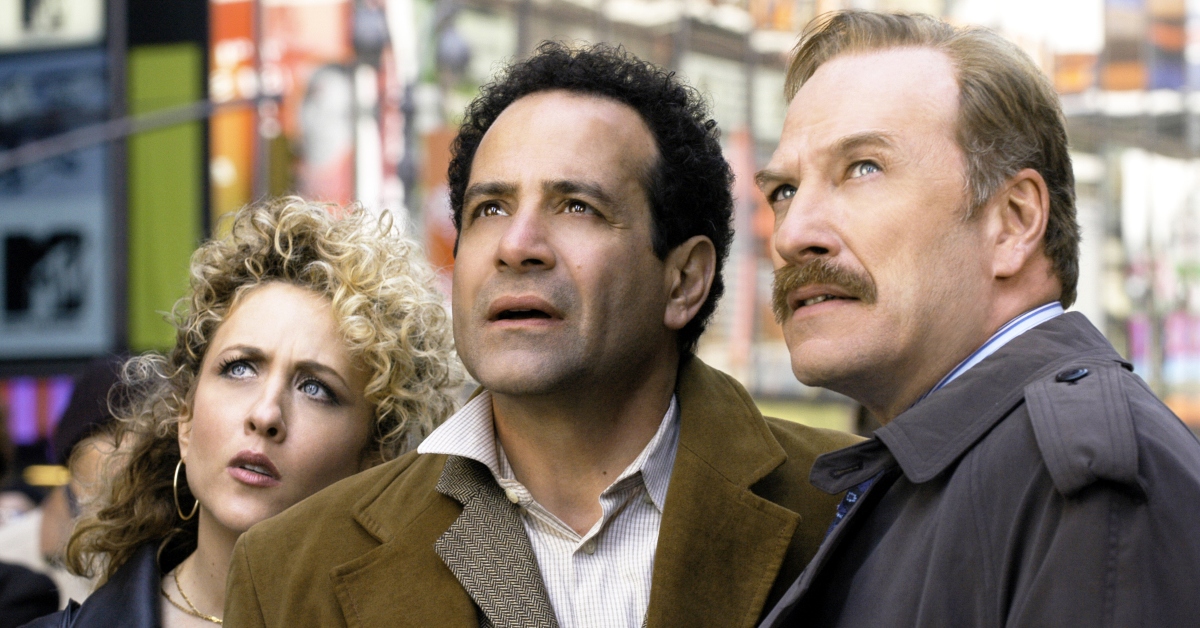 "I wasn't really sure how to make it work," said Tony Shalhoub about approaching his now-iconic role of Adrian Monk. 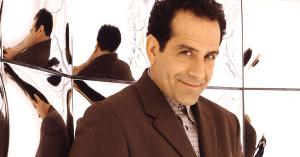 Originally pitched and picked up by ABC in 1998, Monk underwent a long casting process with its series lead role. Still unable to find the right Adrian Monk following two years of searching, ABC dropped the series only for it to be picked up again by USA Network in 2000. After another year of casting calls, the showrunners finally found their quirky detective in Tony Shalhoub.

Shalhoub had just finished wrapping up 8 seasons of the sitcom Wings and was itching to mix more drama with his comedy. The role of Adrian Monk provided exactly what he was looking for. However, he didn’t know if the part of a detective with OCD was the right match for him. That was until Shalhoub’s manager spoke with him.

“I was saying I'm not sure I relate to this character. My manager said 'you're probably more like him than you would admit,'” said Shalhoub about his manager speaking with him.

Hesitant at first to take on a character with so many quirks, Shalhoub realized that he had a lot more in common with Adrian Monk than he originally thought. Reflecting on the part more, Shalhoub finds most of his 'Monk' moments to be when he doesn't want to do something.

"It's been my experience that if I have to do something I don't want to do, I can spend an hour and a half cleaning the kitchen faucet with a toothbrush...someone can fixate on straightening a bookshelf for two hours because there's something they don't want to face."

While many of us have our own phobias and fixated compulsions that we choose to hide, Adrian Monk lets these parts of himself out for the world to see. It's this aspect of the character being so honest and true that would lead Tony Shalhoub to take the part. 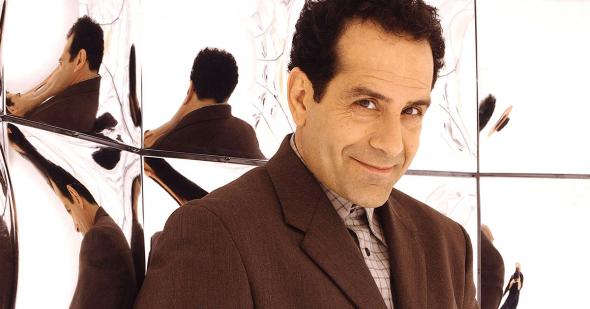 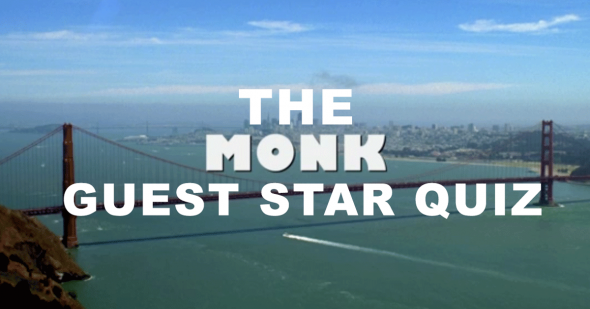 Quiz
Can you name all these celebrity guest stars on Monk? 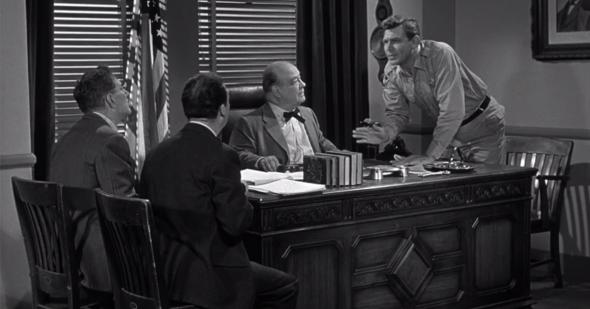 Mayberry
Andy Griffith was against adding this character to the show
Are you sure you want to delete this comment?
Close

Pilaf 10 days ago
"Iconic?" I think not.
Like Reply Delete

dbalius 13 days ago
I think the character he played in “Galaxy Quest” was closer to Monk than the Wings character was.
Like Reply Delete

Tbatman66 14 days ago
I think that METV is making a huge mistake in airing a show that is in no way classic TV. I hope they will drop the tag line "America's Number One Classic Television Channel". It is unfortunate that the program director(s) have chosen such a new series. I have nothing against Monk, even though I have never seen it to judge one way or another. I think that the overwhelming majority of viewers agree with me. Shows like Collector's Call, while contemporary, dealt primarily with classic and/or vintage collections, and thus fit the format.
I wish I were wrong in my assessment but I'm not when I say that within two years METV will no longer be a primarily classic station. It always starts with one show like Monk to crack the ice, then the the whole thing falls apart. Mark these words.
Like (2) Reply Delete

Hulk20 Tbatman66 14 days ago
I couldn't agree more. Actually the first mistake was Saved by the Bell. Then Diagnosis Murder, Touched by an Angel, In the Heat of the Night and Matlock. Although some are gone.
Like (2) Reply Delete

LoveMETV22 Hulk20 12 days ago
They have Saved by the Bell to meet E/I requirements. I think that's the only reason it airs.
Like Reply Delete

F5Twitster 16 days ago
The photo at the top of the article is so highly retouched that it makes everyone look like a wax museum dummy.
Like (1) Reply Delete

denny 16 days ago
Kramer (Michael Richards) from Seinfeld was offered the part of Monk, but didn't take it. George (Jason Alexander) did appear in an episode of Monk.
Like Reply Delete

nerakr 18 days ago
I thought Monk may have had Asperger's Syndrome. OCD would probably be a part of that.
Like Reply Delete

CaptainDunsel 19 days ago
I always have to carefully explain to people that I do not have OCD. I have CDO, which is *like* OCD, but in proper alphabetical order.
Like (4) Reply Delete

mhouser1 Stacy542 20 days ago
Iirc the show never mentions OCD, they say "anxiety disorders". Now, when I do a quick search on Duckduckgo, OCD is mentioned in reference to the show albeit by others
Like Reply Delete

Michael Stacy542 19 days ago
It's probablyeasier to.list what he's not afraid.

Height is an issue, touching things (but I think that lessens as the series progresses), I've seen him anxious about things being out of place. He wants things to stay the same, so I think he's almost always dressing the same. He always has the top button of his shirt done. He'll throw things out if they aren't "perfect".

I suspect some things are added for the story in a given episode, and some maybe dropped or lessened when they became too repetetive.
Like Reply Delete

Pacificsun mhouser1 19 days ago
I'm not sure about this, but welcome the correction from others. I think people are born with OCD. But an anxiety disorder can start with a traumatic experience. In terms of Monk's storyline, he goes to a therapist to be able to talk about his wife's death (was it a car accident?) and because he feels so guilty.
Like Reply Delete

CaptainDunsel Stacy542 18 days ago
I suspect they don't say OCD to avoid having to deal with something that has a specific medical definition. By referring to "anxiety disorders", they could give the character behaviors which fit the story needs, rather than ones which might conflict with an actual defined condition.
Like (1) Reply Delete

I hate the Medicare commercials, seemingly on an an endless loop, by the smarmy Joe Namath and the goofy Jimmie "J.J." Walker. Talking heads?

LoveMETV22 Pacificsun 17 days ago
Sorry I know your comment was a few days ago. Yeah. Your idea sounds like a good one. Finding a room or thread as you called it is probably your best bet. I don't know what you meant about the Fan Club Cafe site, is that something they used to have here?
Like Reply Delete

Pilaf harlow1313 10 days ago
If I never see that Joe Namath commercial again, it'll be too soon!
Like Reply Delete

Maverick66 20 days ago
There is a first-season episode of Monk in which Wings co-star Tim Daly appears. Sharona recognizes him & points him out to Monk, who says he has never heard of him & asks what he is known for. She tells him about Wings & he asks if that show was any good. Great stuff! I love the show (Monk), but I can't get over the fact that it's such a recent show. They have cell phones, for goodness sake! When I tune in to MeTV, I want to see Jim Rockford have to find a pay phone.
Like (3) Reply Delete
Load previous comments
texasluva harlow1313 18 days ago
Looks around for his accomplices
Like (2) Reply Delete

MrsPhilHarris Pacificsun 18 days ago
I agree. He could be in an office, at a plant, someone’s house and a call would come through. 📞
Like (1) Reply Delete
texasluva lynngdance 18 days ago
Or this and Time Travelers back in the 1920's-1930's.
Like (2) Reply Delete

denny Maverick66 16 days ago
Some of the bad guys on Rockford had car phones. Frank Cannon had a car phone as well. Monk doesn't have a car or a cell phone.
Like Reply Delete

Michael 20 days ago
I always felt there was a direct connection between his taxi driver role on "Wings" and "Monk". It's been a long time, but I watched the first season of Monk (that was all that aired on network tv in Canada) because of Tony Shaloub. My memory of Wings is that he played a quirky character, but maybe I've forgotten.

In "Stark Raving Mad", memory says it was a much more subdued character, a contrast from Wings.
Like (1) Reply Delete

MrsPhilHarris Michael 20 days ago
The whole thing aired. I didn’t watch it but I knew someone who did. Actually it’s running now on a high channel.
Like Reply Delete

Pacificsun 21 days ago
Not that my lack of awareness means a hill of beans. But Monk put Tony Shaloub ~ON~ the map!! I haven't even read the story yet. But my hunch is the role has now allowed him to pick any role he ever wants! He played that character (obviously) not for laughs, which could've been easy enough to do. And the writers were VERY restrained about allowing other characters to ridicule his ideosynchronises, which also would've been easy to do. Instead hey kept the show focused on the detective aspect. It'll be a worthy lead-in for Columbo. Thanks for taking the chance, MeTV.

I know there's a lot of push-back out there!!
Like Reply Delete
Load previous comments

MrsPhilHarris Pacificsun 20 days ago
🤣
Like Reply Delete
texasluva Pacificsun 19 days ago
I actually like House. I watched 20 episodes last year. Though with your 500 channels with 1000 different TV shows and series since 2000 you're not likely to catch it all. Though Monk to me looks and acts so squirrely if you get my jest.
Like Reply Delete