Episode 10: Inside the Collection 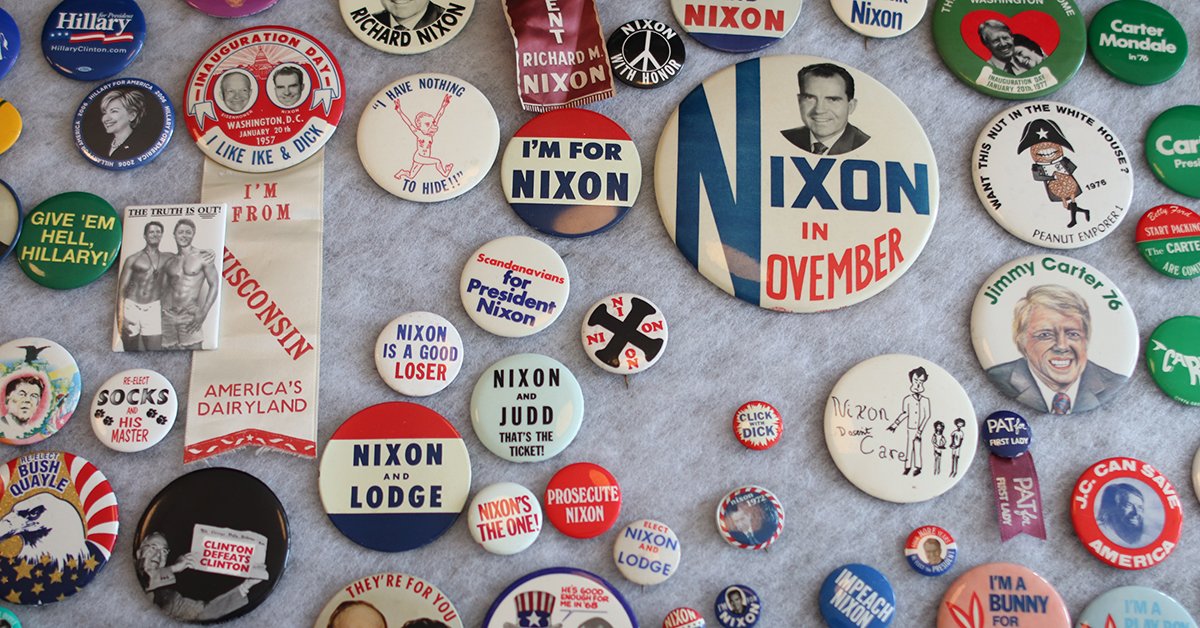 These vintage pin-back buttons promoted everything from politics to cartoons.

Christen Carter began collecting pin-back buttons as a young girl. It all started with a single Snoopy button. That hobby blossomed into a business and a non-profit museum, the Busy Beaver Button Museum, which houses Christen’s collection.

Certified appraiser Judy Martin valued the button collection for us — and brought along a rare Muhammad Ali button to make a trade. Did Judy and Christen swap buttons? You'll have to watch Collector's Call episode 10 to find out! 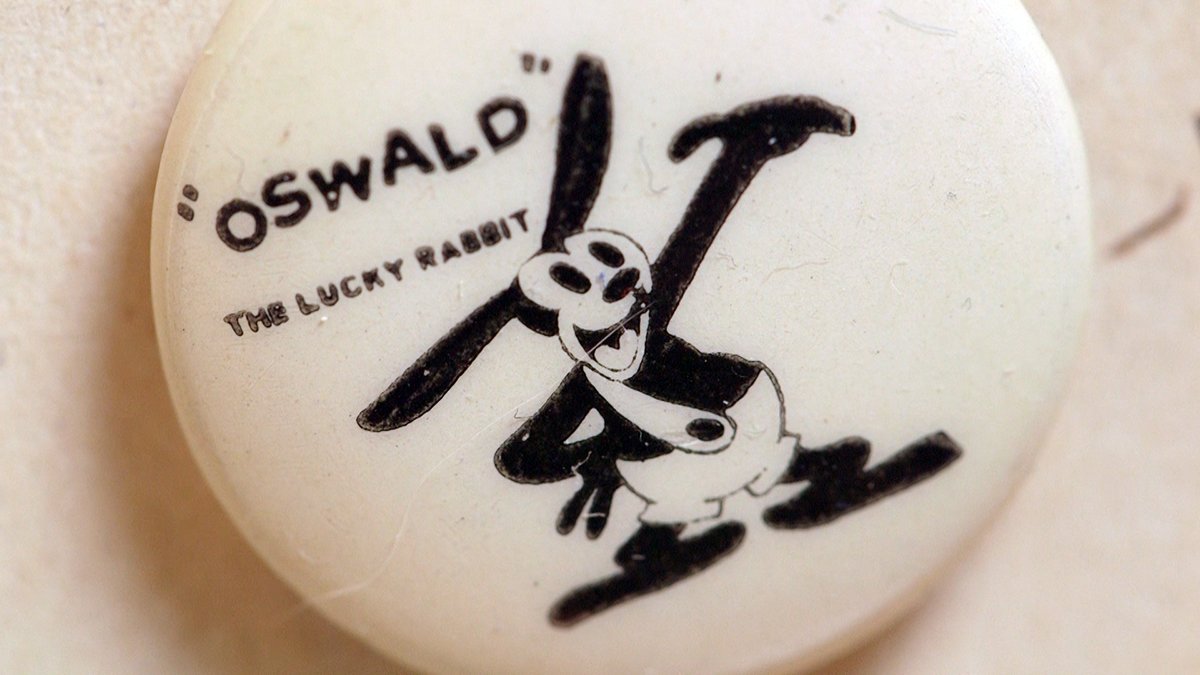 Christen considers this her most valuable button. And no wonder — Oswald is an early version of the animation empire that would become Disney. 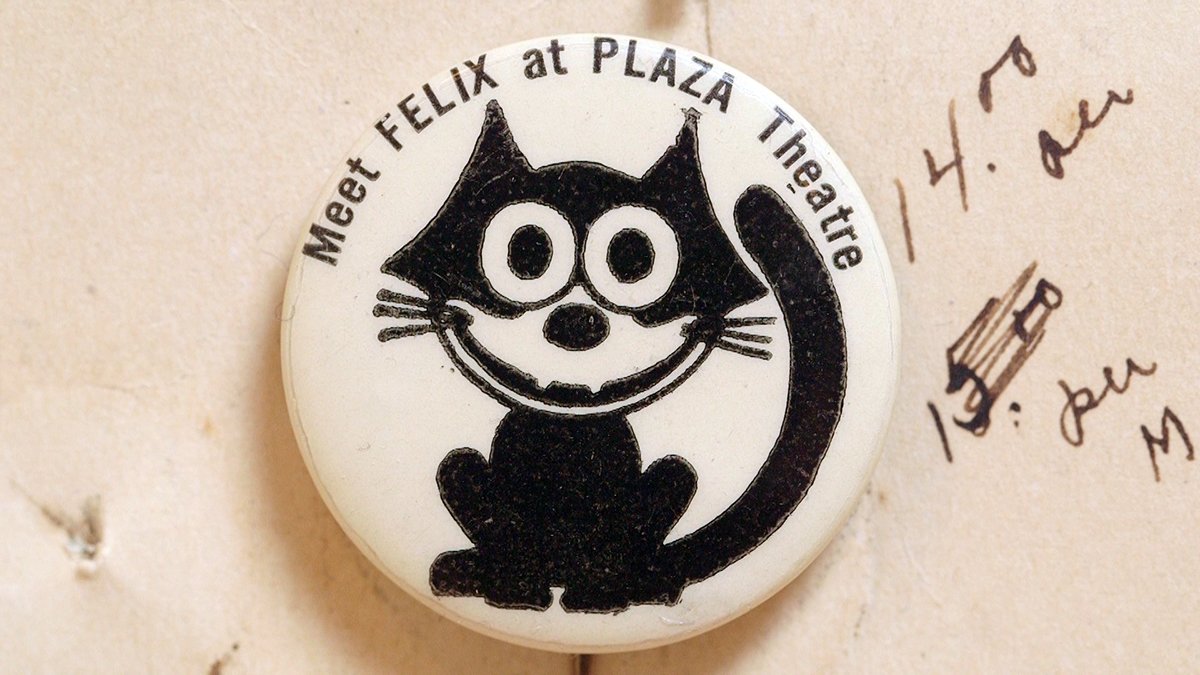 Speaking of classic cartoons, Felix the Cat was wildly popular in the early 20th century. 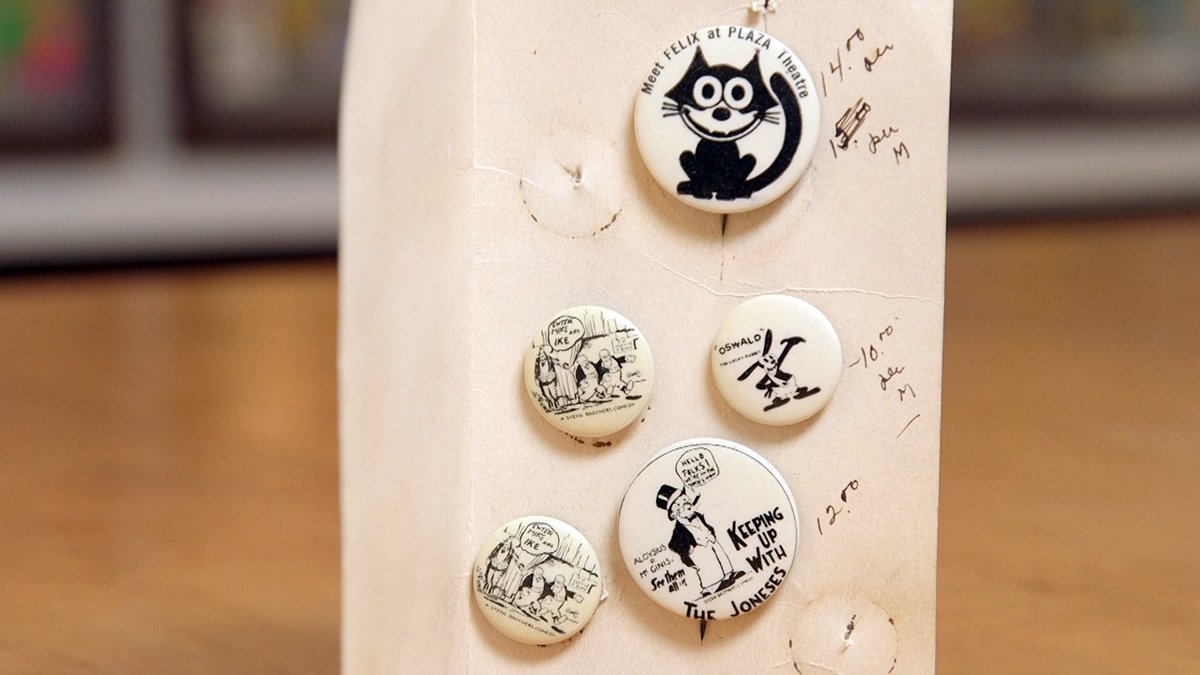 Oswald and Felix join other vintage comic strip favorites Mike and Ike (They Look Alike) and Keeping Up with the Joneses (yes, that's the origin of the phrase) in this set. 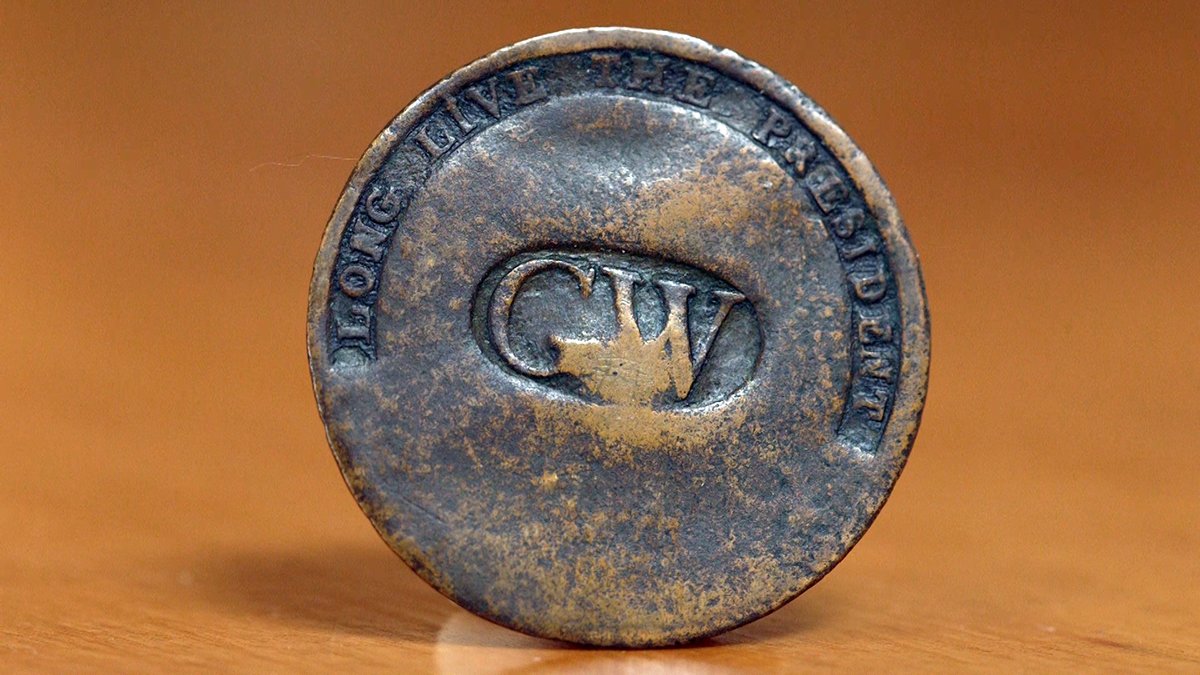 Yep, this dates all the way back to the founding of our nation. 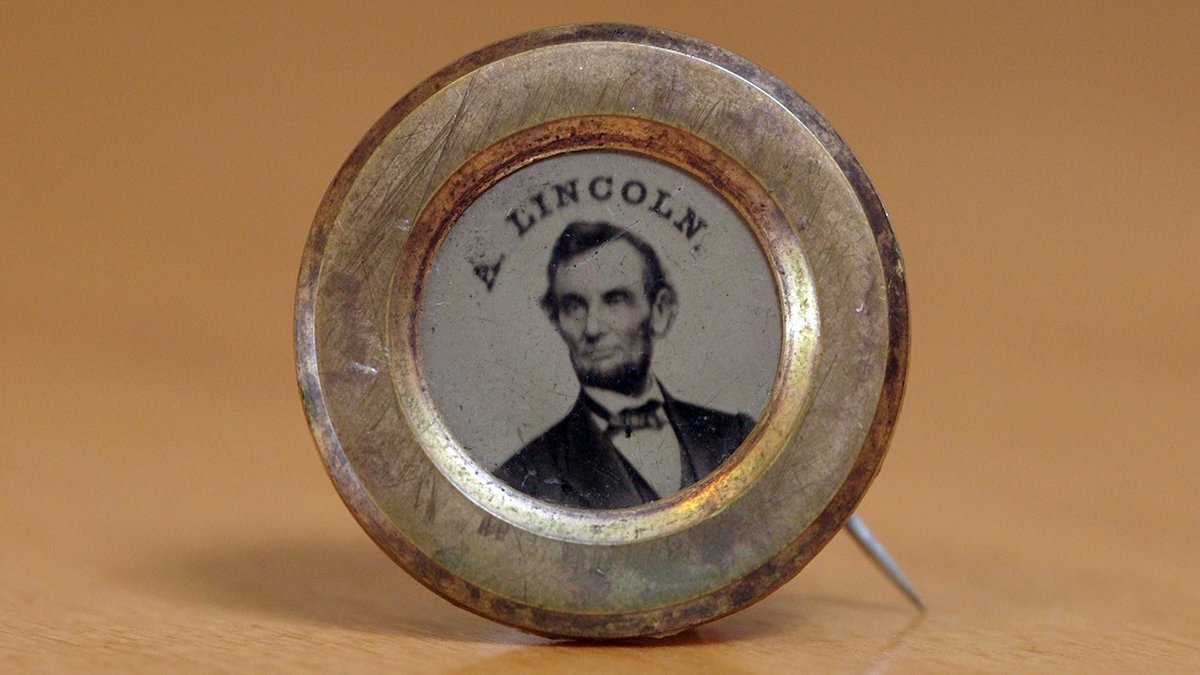 This brass button with photographic ferrotype inset dates back to 1864. 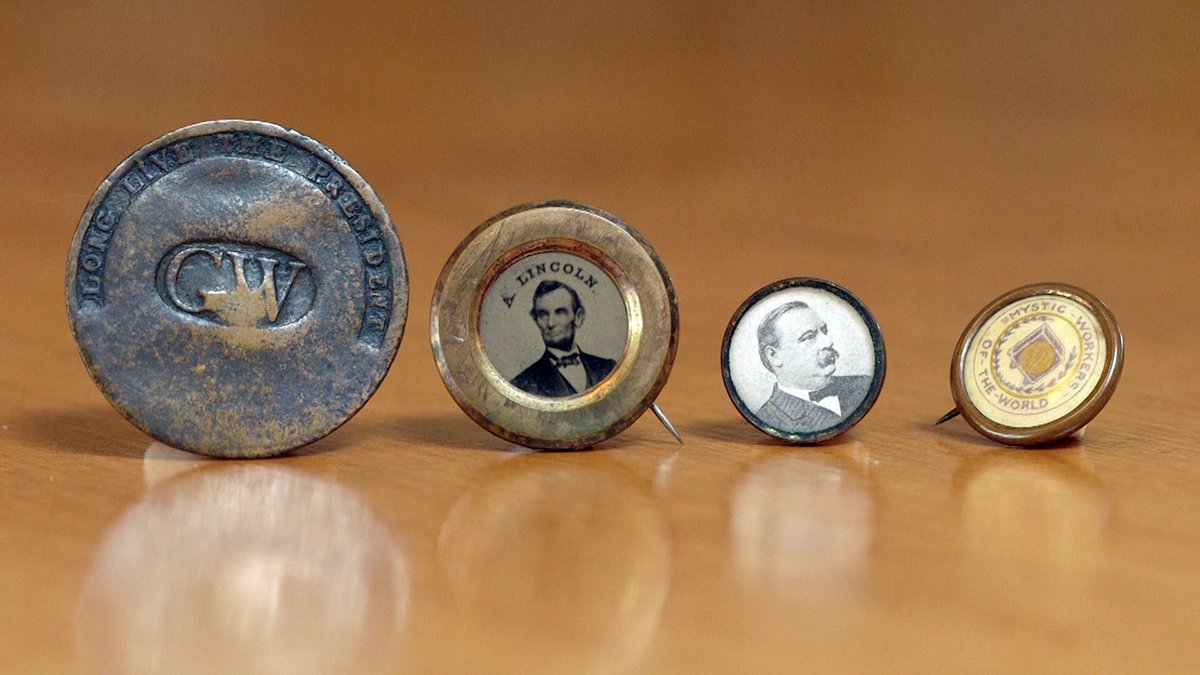 The Mystic Workers of the World was founded in Illinois in 1896 as a fraternal benefit society. 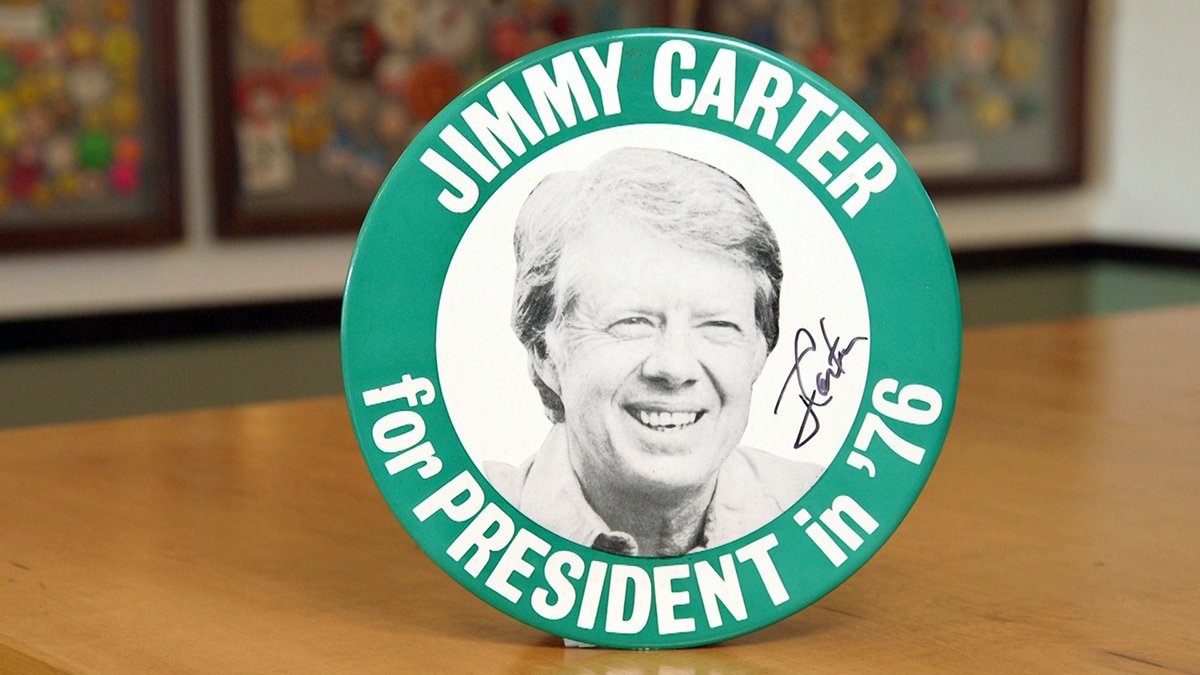 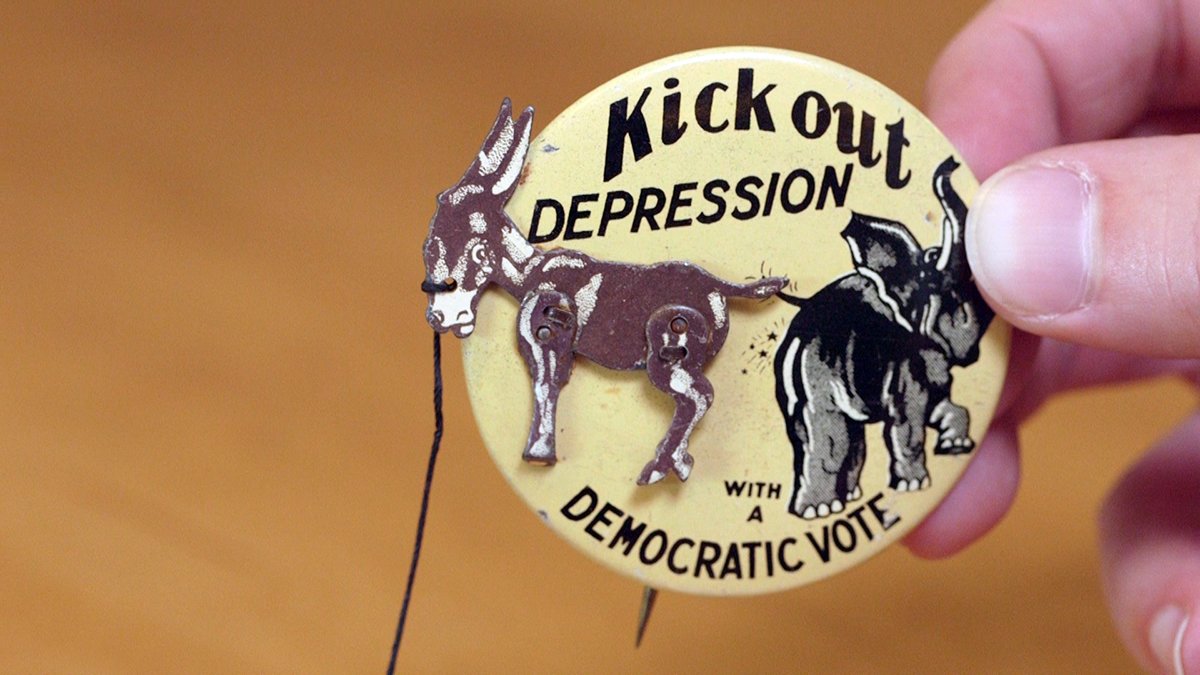 Pull the string and the donkey kicks the elephant. 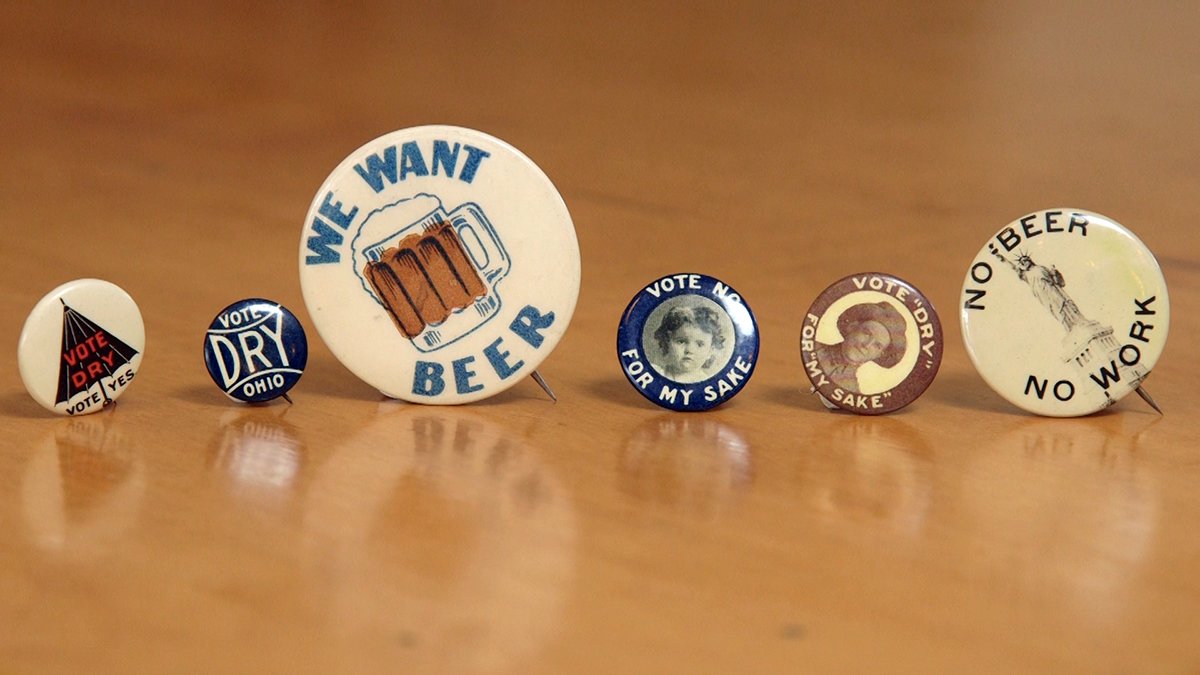 These buttons from the Prohibition Era promoted both sides of the argument, from the Pro-Beer people to the "Dry" advocates who wore umbrellas to spread their message. 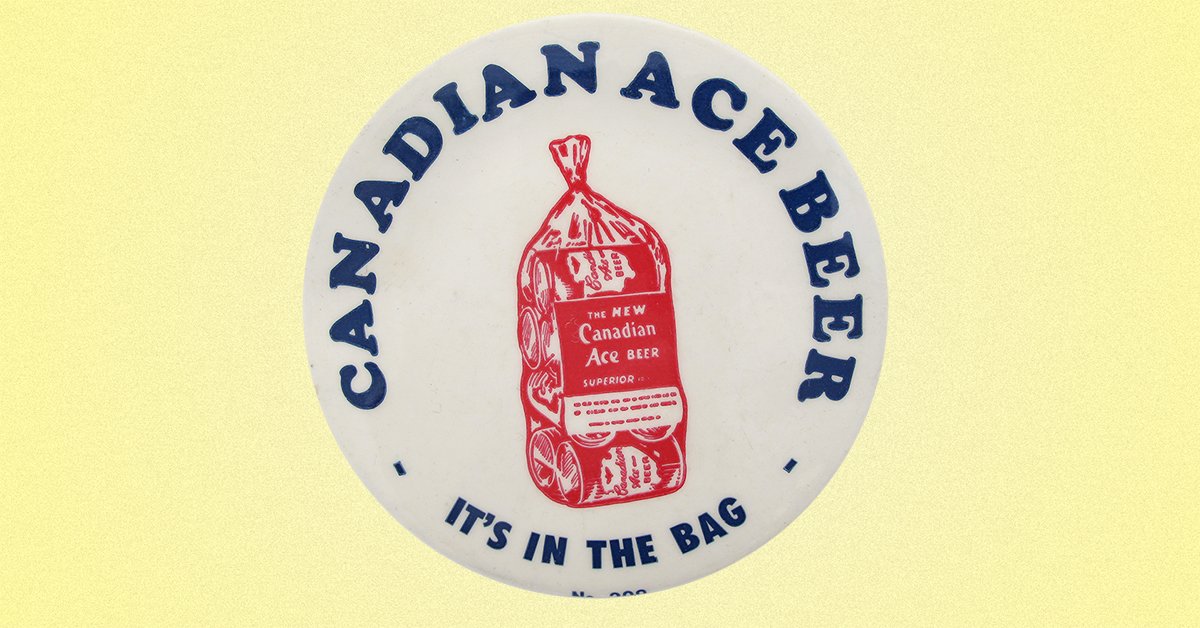 The Canadian Ace Brewery, originally the Manhattan Brewing Company, was run by Charles Schaffner until he sold it in 1919 to Johnny Torrio and Al Capone. 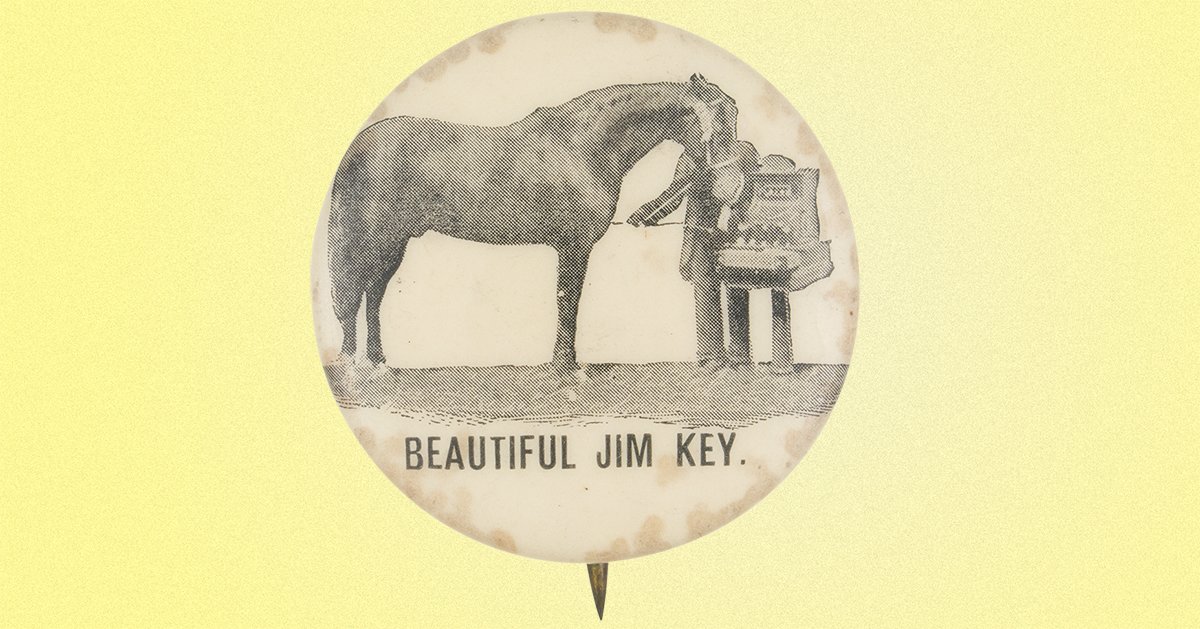 12. Assorted Turn of the Century Buttons 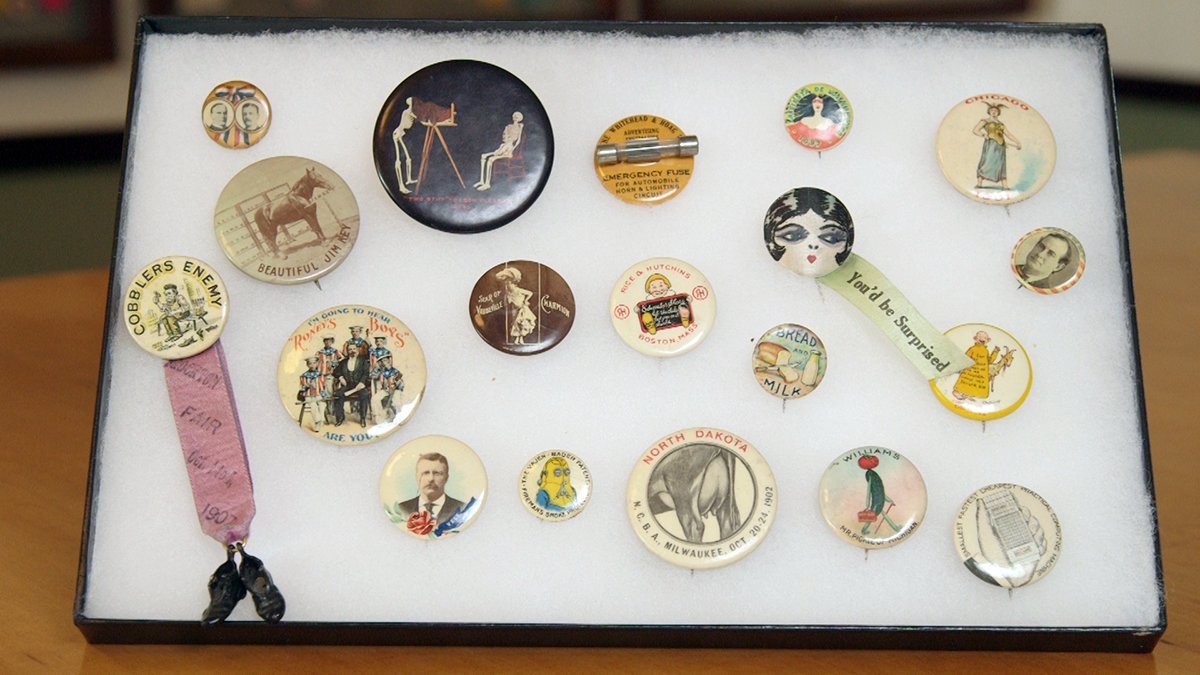 On the lower left, you can see a button promoting Roney's Boys, one of the first "boy bands" in American pop culture. In fact, this is the first ever band button. 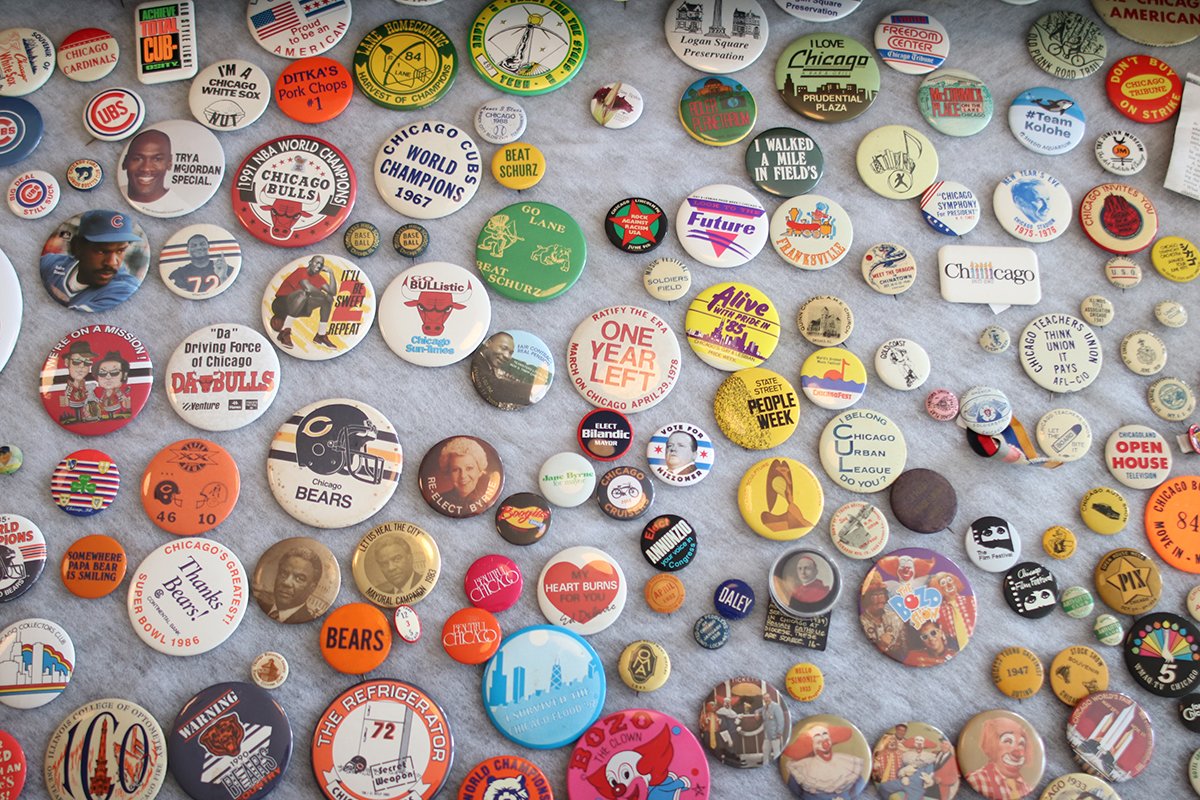 Christen's hometown pride shows in her Chicago collection, which includes everything from sports teams to mayoral campaigns. 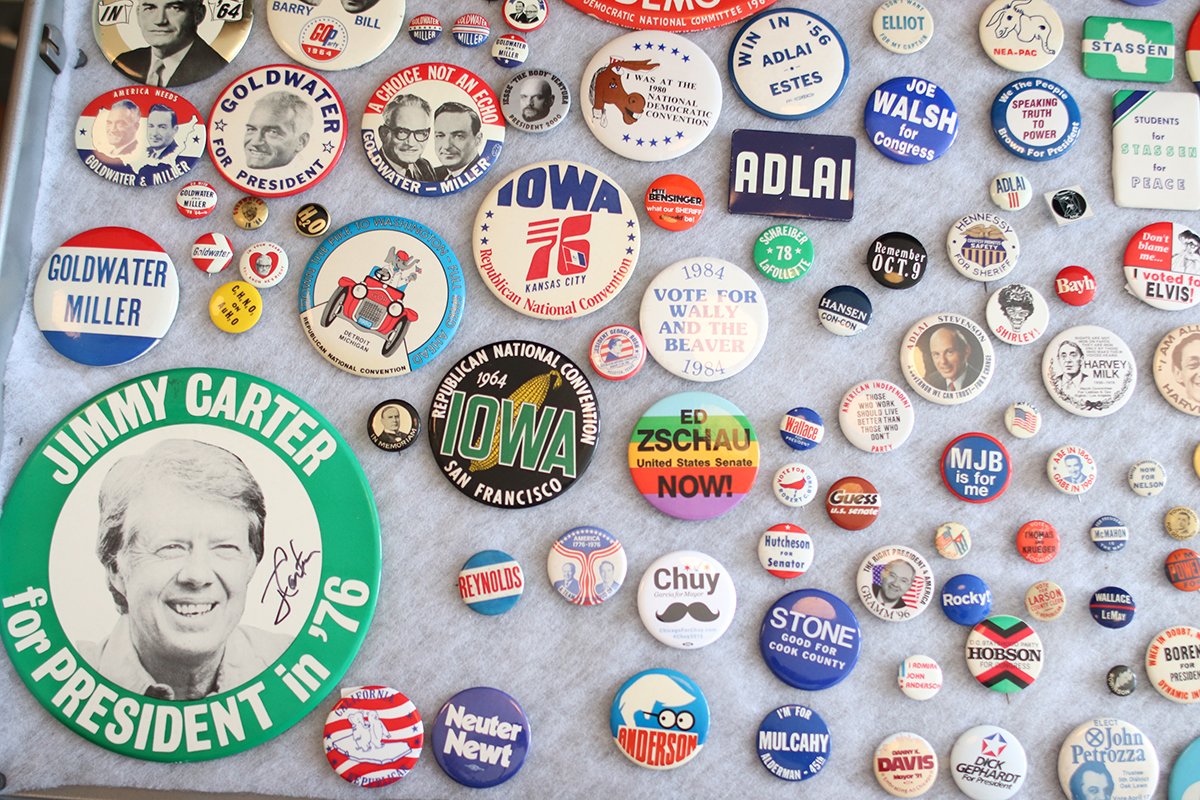 Speaking of political campaigns, Busy Beaver has an extensive collection from all sides of past elections. 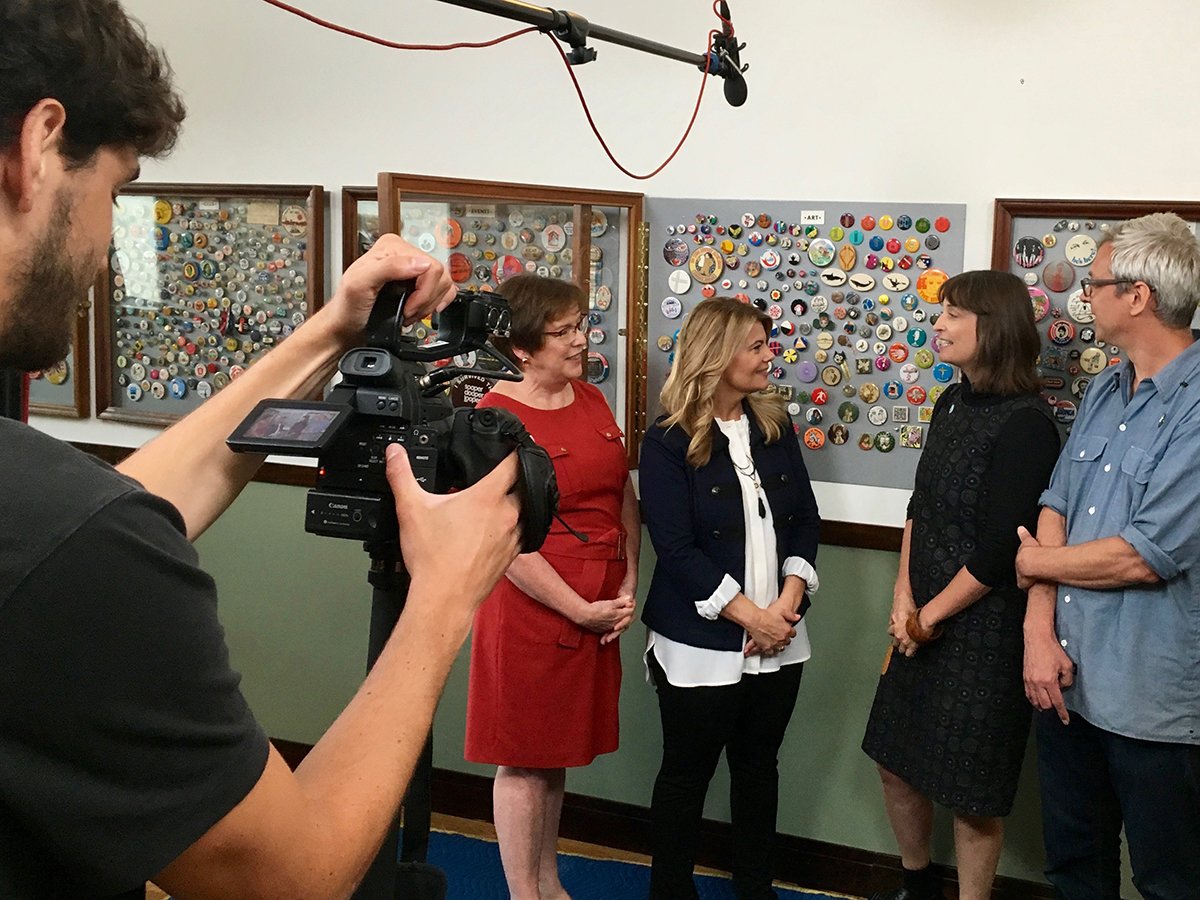 Host Lisa Whelchel chats with our collectors and appraiser.

Tags: Nostalgia
Are you sure you want to delete this comment?
Close