Episode 13: Inside the Collection

These Harry Potter, James Bond and Hobbit rarities are worth hundreds of thousands of dollars.

Candace Jordan has loved books since she was a young girl. That love blossomed throughout adulthood into a collection of rare books. This former Playboy Playmate has an impressive collection, including three first-edition Harry Potter books inscribed with personal notes from author J. K. Rowling to her father on the title pages.

Elsewhere on her shelved, you will find first-edition Winnie the Pooh books signed by both the author and illustrator; a signed copy of the first and limited edition of The Greatest Gift, which was the basis for the film It’s A Wonderful Life; and a first edition Hemingway signed by the author himself. 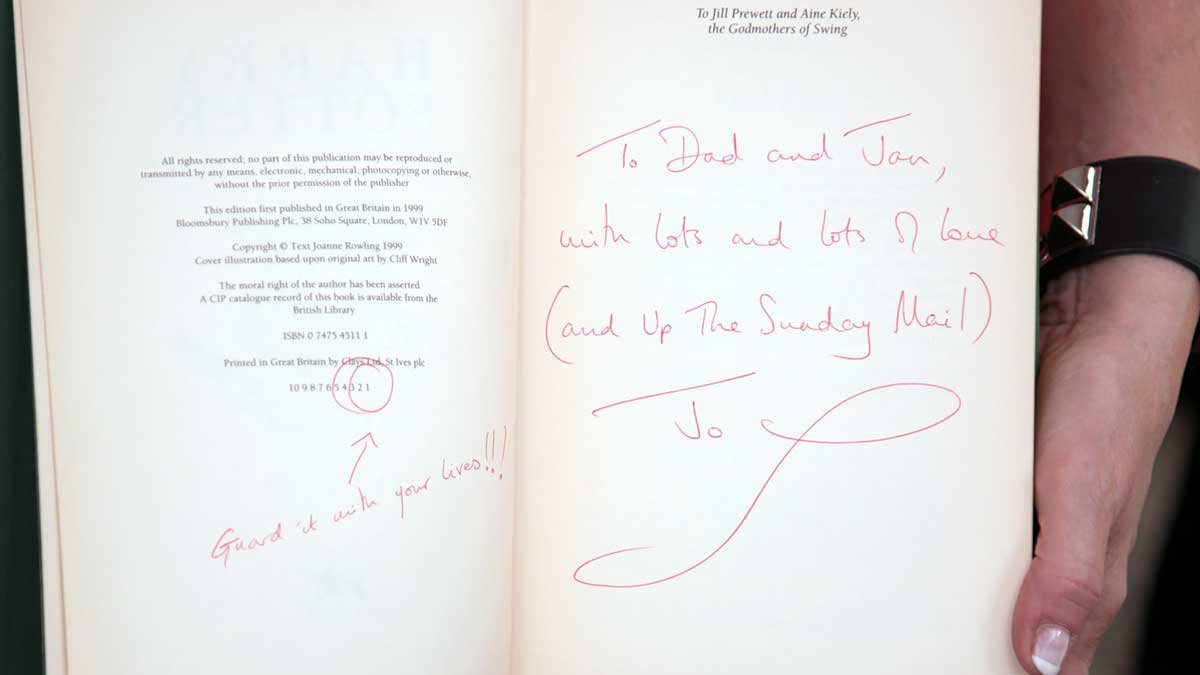 Author J. K. Rowling sent these first-edition copies of her now-classic series to her father with personal notes. Her father ended up selling the books. "Guard it with your lives!!!" Rowling writes, circling the "1" that indicates the print run. "To Dad and Jan, with lots and lots of love (and up The Sunday Mail), Jo," the writer inscribed.

2. Harry Potter and the Goblet of Fire with Gnome Doodle 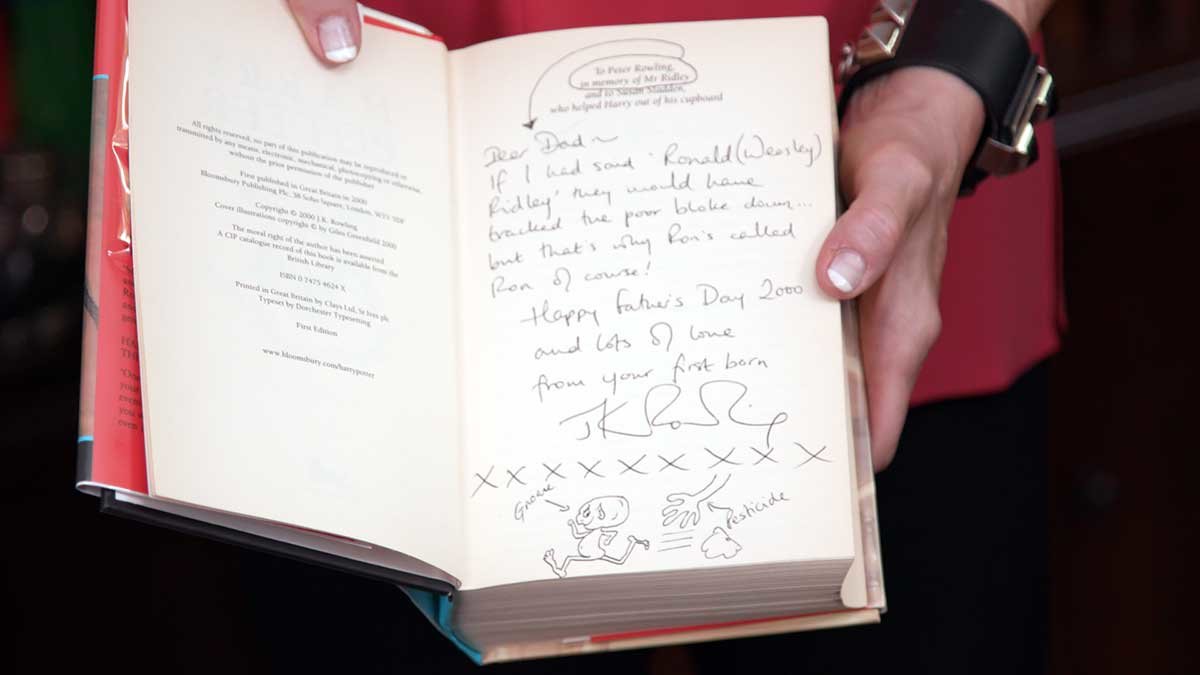 In this message written on the dedication page of Harry Potter and the Goblet of Fire, Rowling revealed the origin of Ron Weasley's name: "Dear Dad, If I had said Ronald (Weasley) Ridley they would have tracked the poor bloke down… but that's why Ron's called Ron of course!" She added, "Happy Father's Day 2000 and lots of love from your first born." She also doodled a gnome running from pesticide.

3. Harry Potter and the Chamber of Secrets with Personal Note 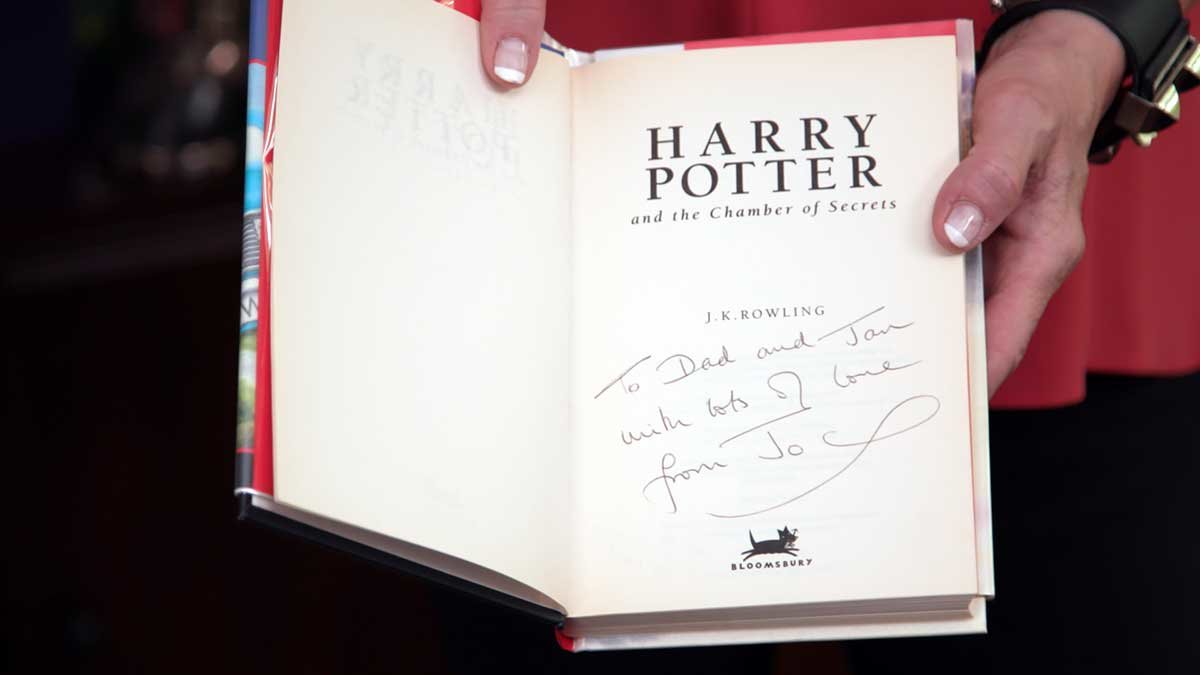 In this first edition, the second book of the series, Rowling scribbled a simpler note: "To Dad and Jan with lots of love from Jo." In May 2019, a single first edition of the first book in the series, …and the Philosopher's Stone, sold for £30,000 (approx. $38,000). Mind you, that was a well-worn copy without these deeply personal notes. 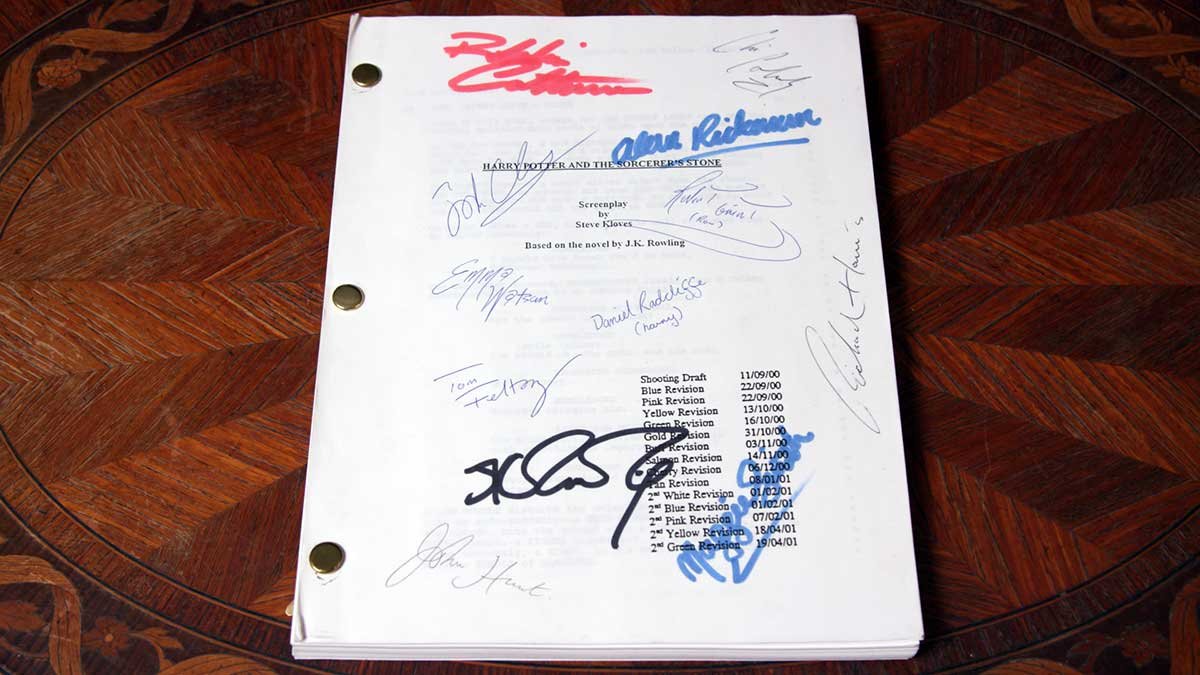 Candace's Harry Potter collection also includes scripts from the film adaptations, signed by the now-celebrity cast, including Daniel Radcliffe, who charmingly specifies "(Harry)" under his signature.

5. Harry Potter and the Chamber of Secrets autographed film script 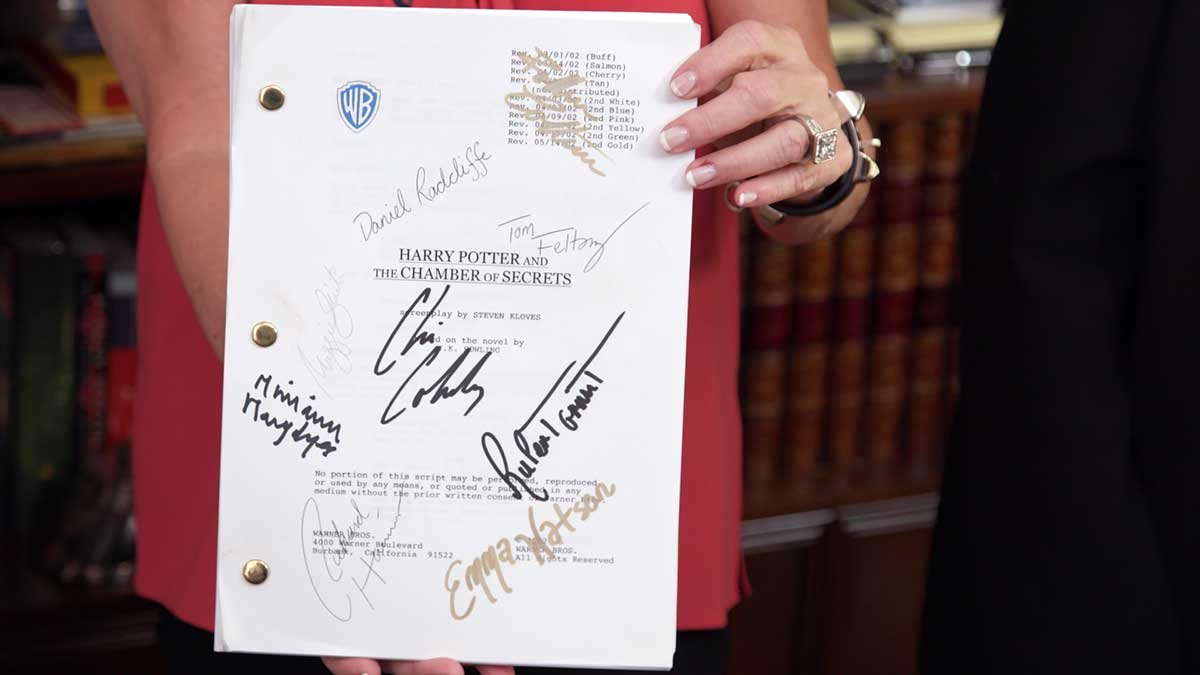 By the second film, Radcliffe did not need to explain whom he played. 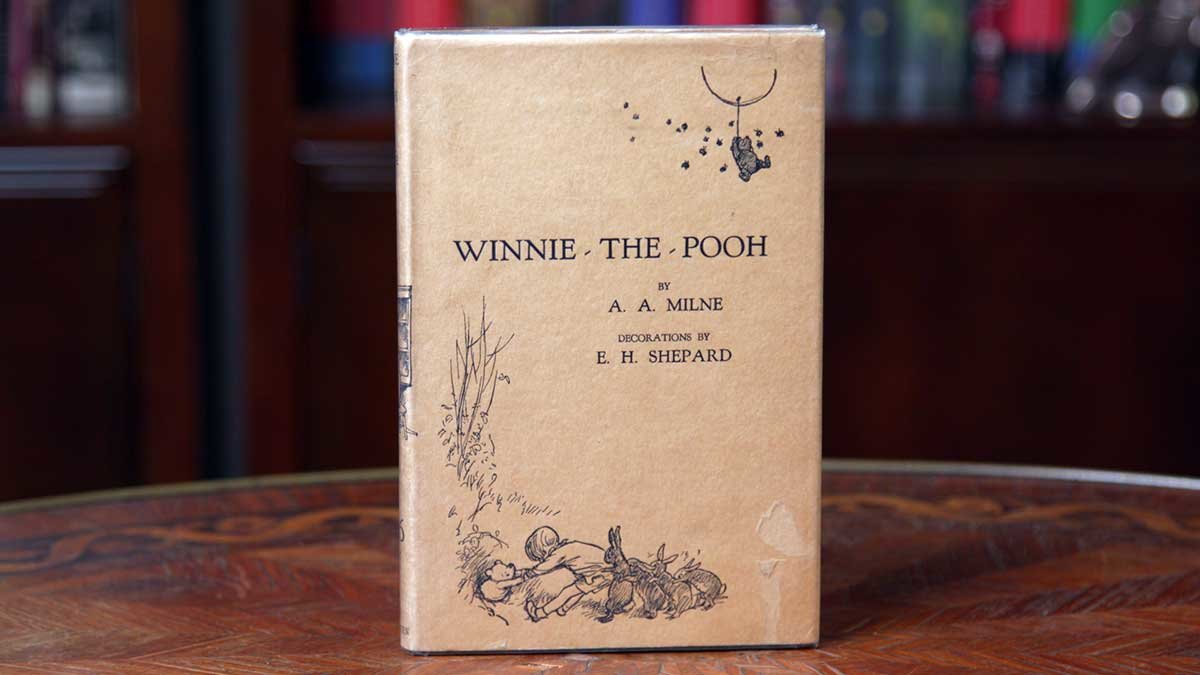 Candace has two versions of the beloved children's book. 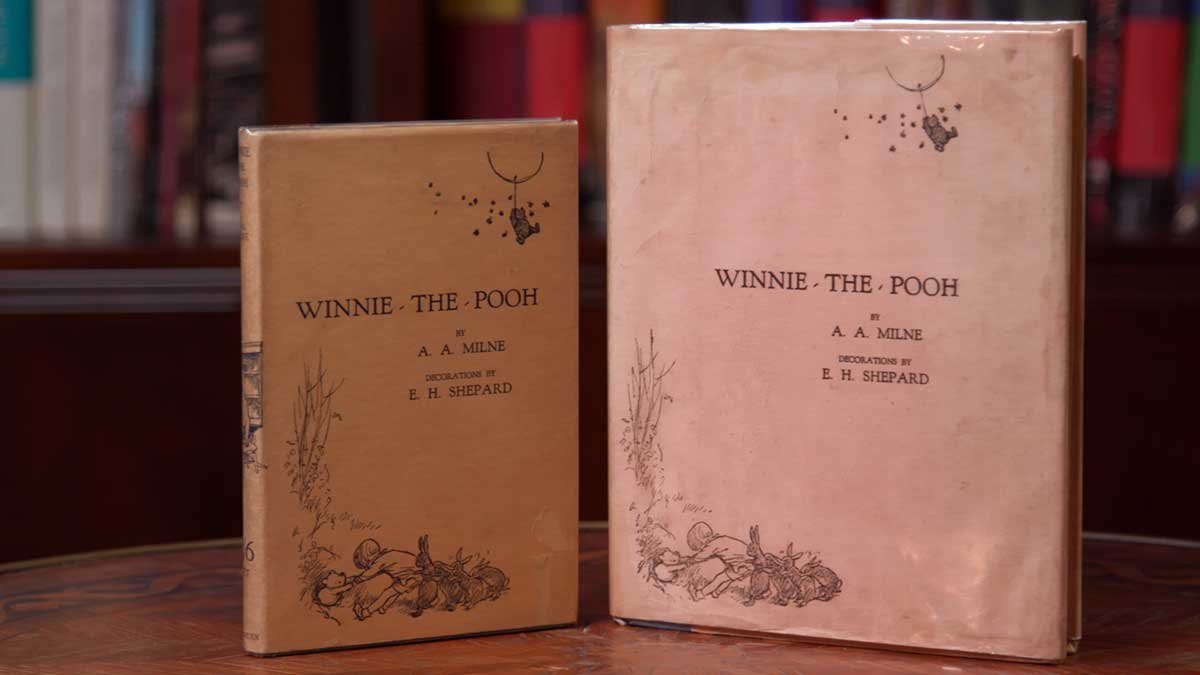 On the right, you can see the large print edition, which featured the same artwork. 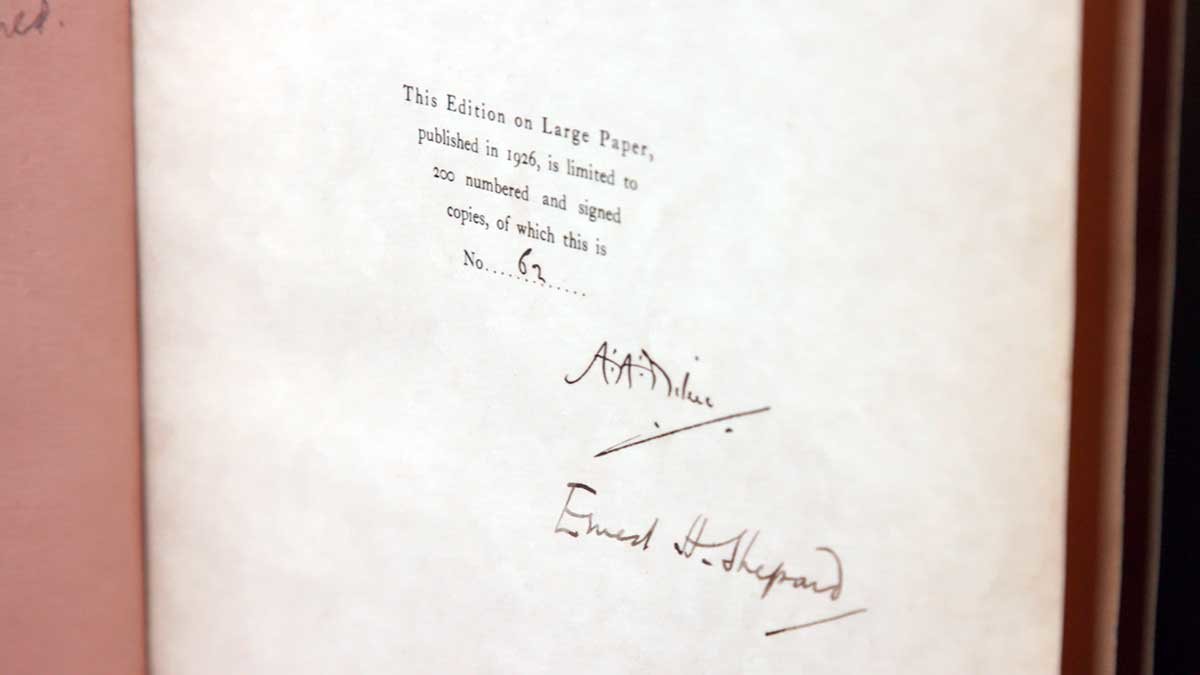 Both author A. A. Milne and illustrator Ernest H. Shepard signed this limited edition large print version from 1926. As you can see, it is hand numbered No. 62 out of 200. 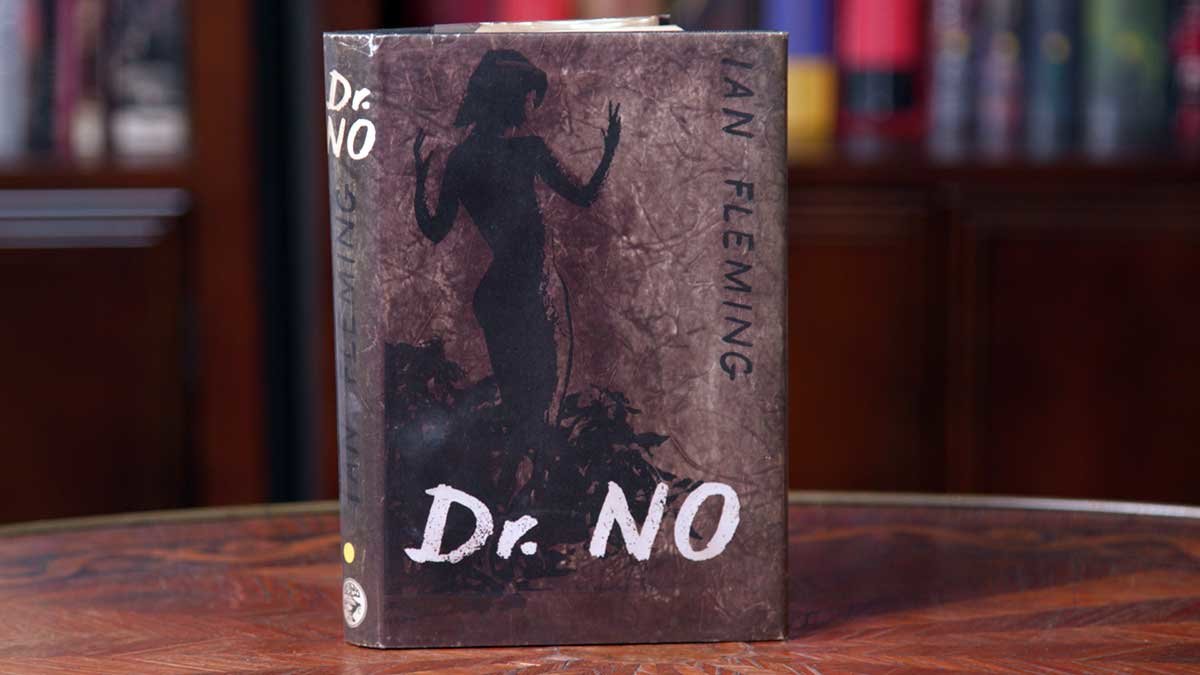 Though it was the first film in the James Bond series, Dr. No was the sixth Bond novel written by Ian Fleming. 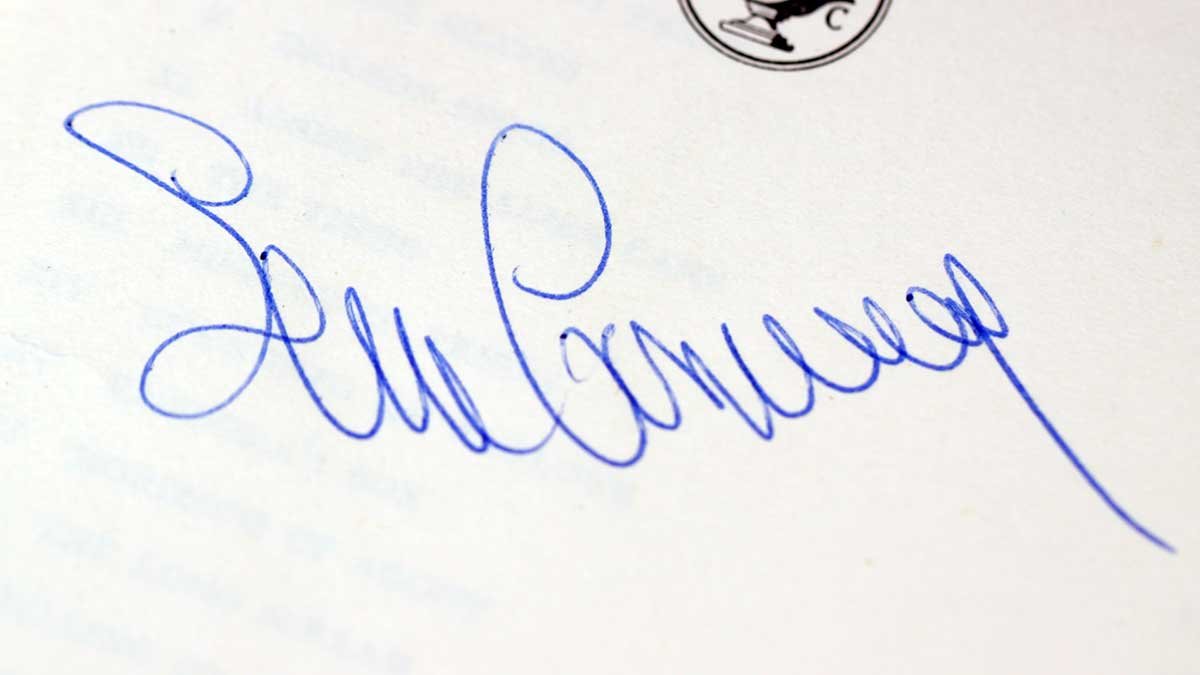 James Bond himself, Sean Connery signed this first edition of Dr. No.

11. Third-Edition The Hobbit Signed by Author 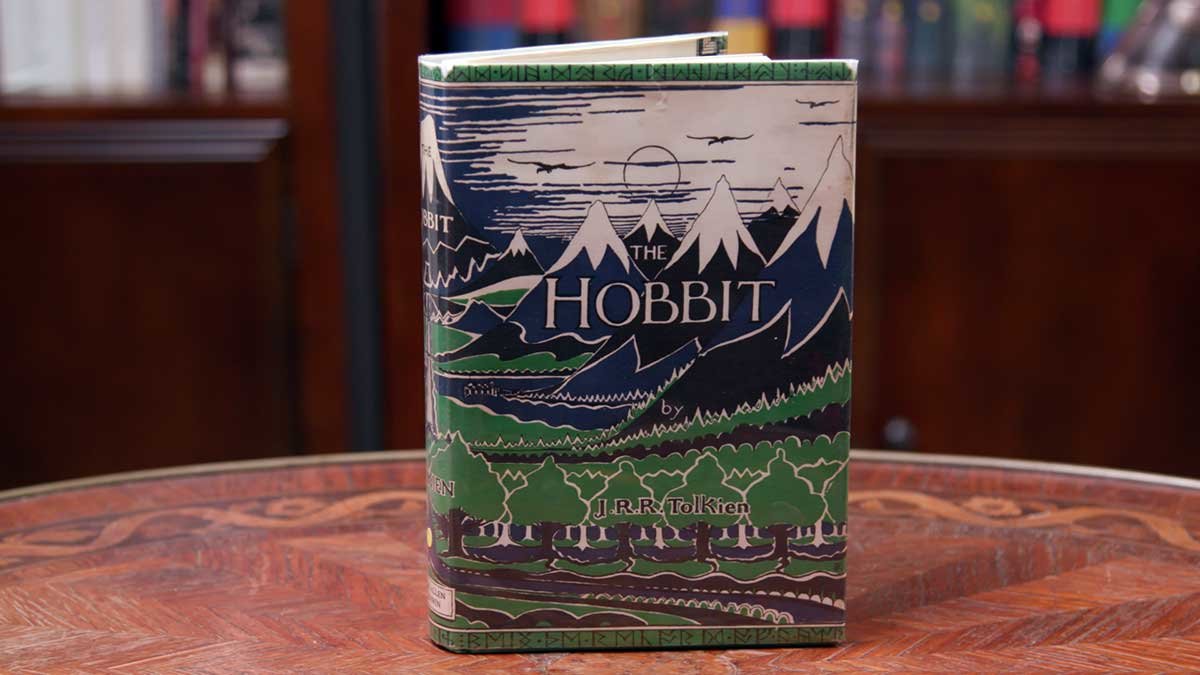 The Hobbit needs no introduction. 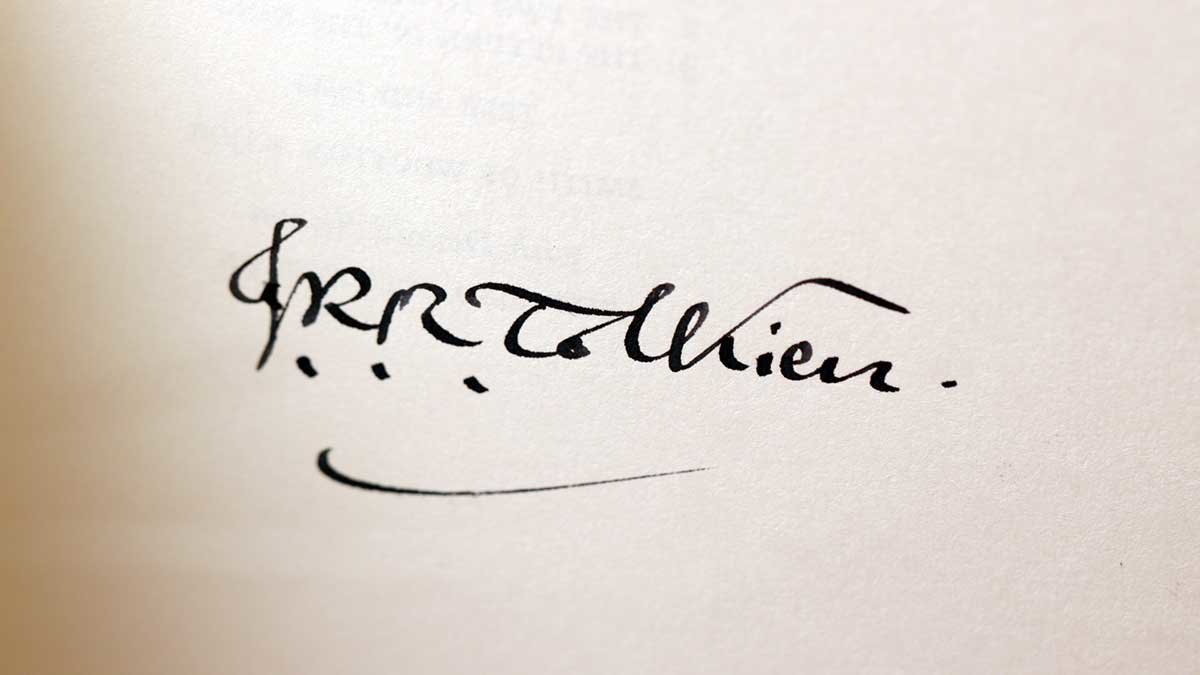 Tolkien's signature is as mystical as one of his maps.

13. First-Edition Death in the Afternoon Signed by Author 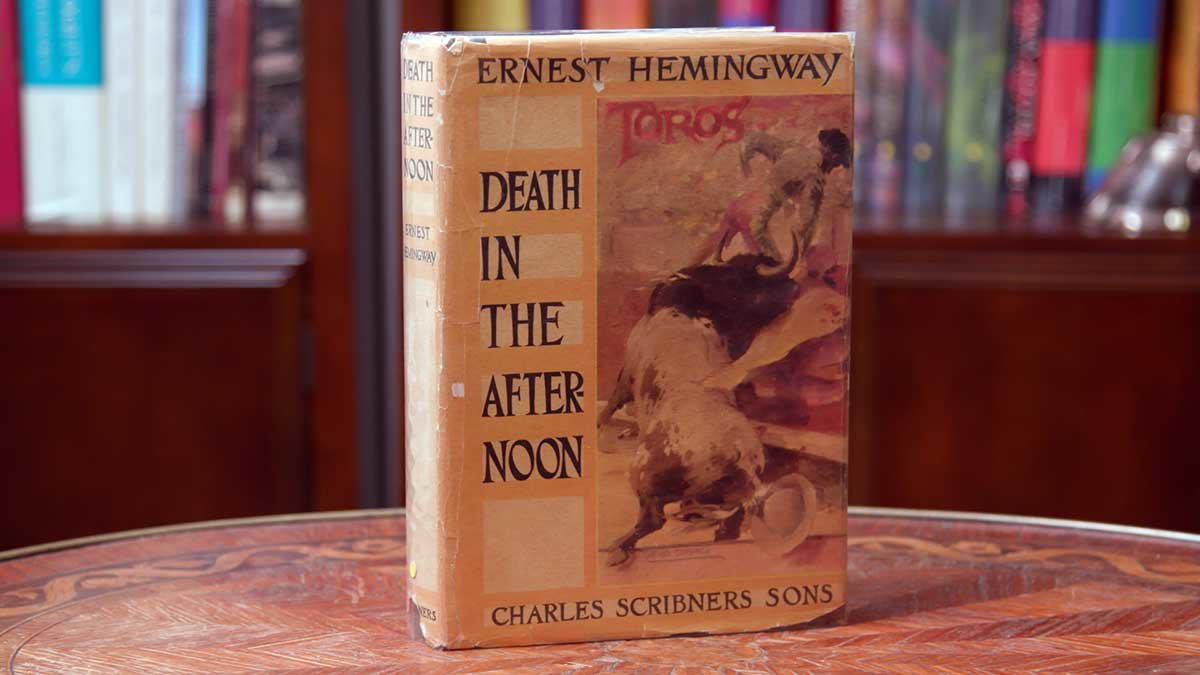 A first edition by Hemingway is a true American literary classic. 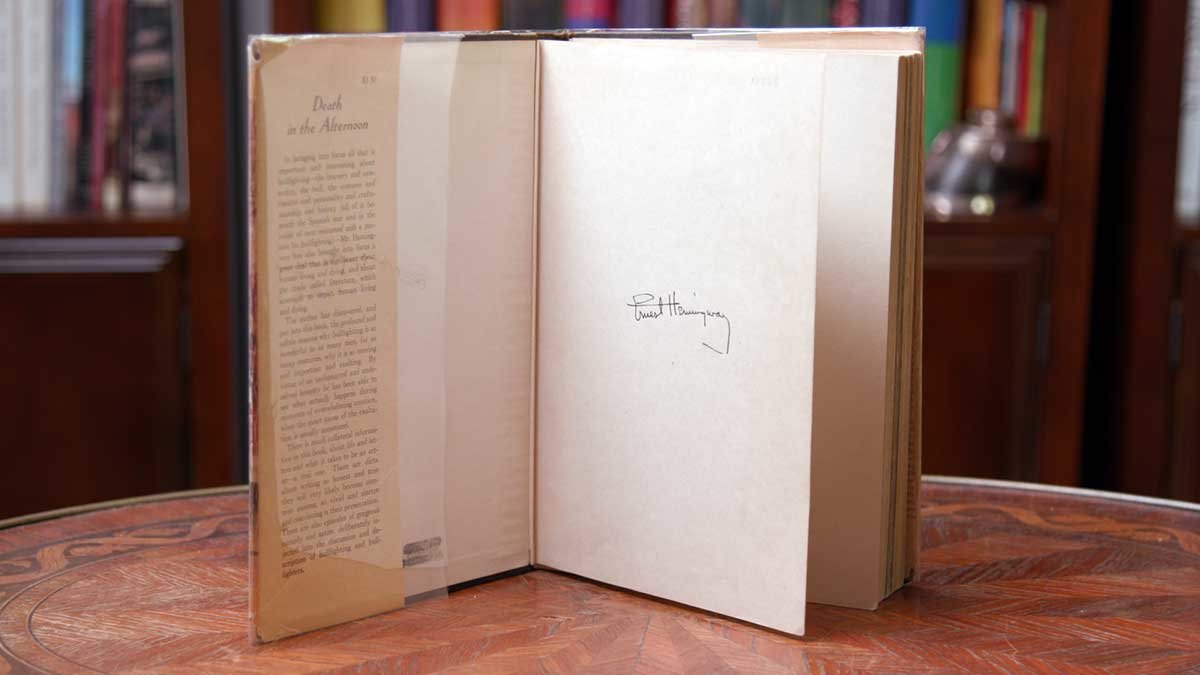 Here you can see the signature of the iconic author.

15. The Greatest Gift with Personal Message 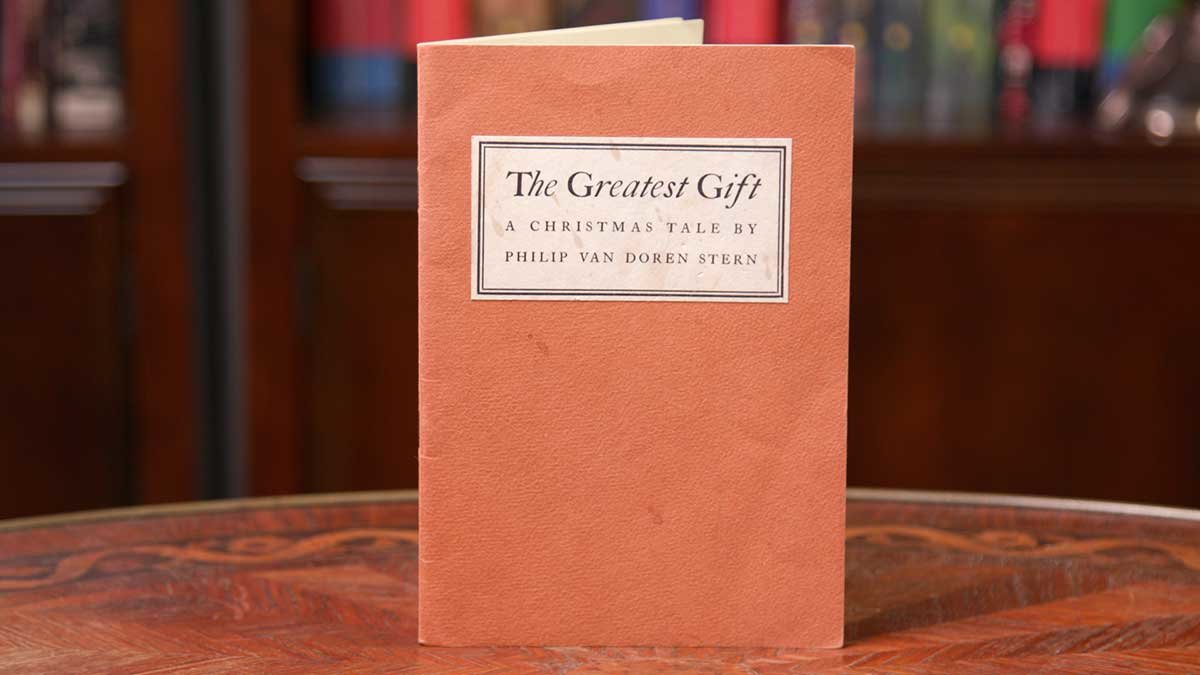 The beloved holiday film It's a Wonderful Life was based on this book.

16. Author Signature in The Greatest Gift 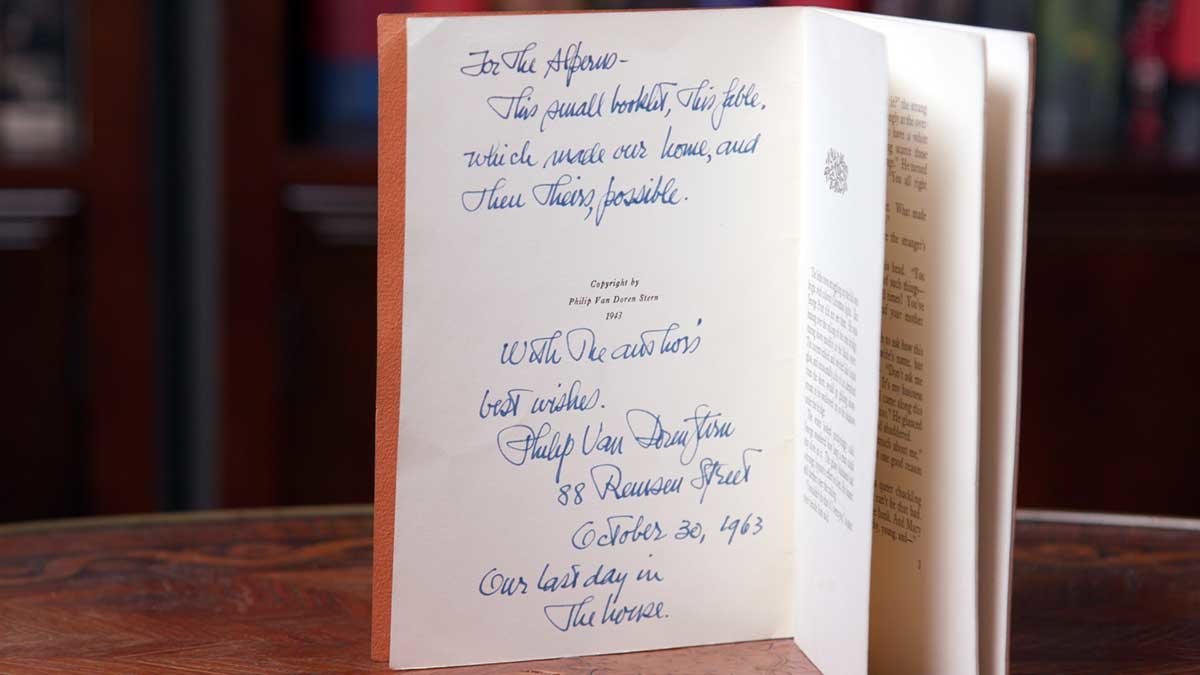 In this personal inscription, the author gifts the book to the new owners of his house. The house, in which the book was written, changed hands in 1963. What a nice housewarming gift!