Episode 7: Inside the Collection 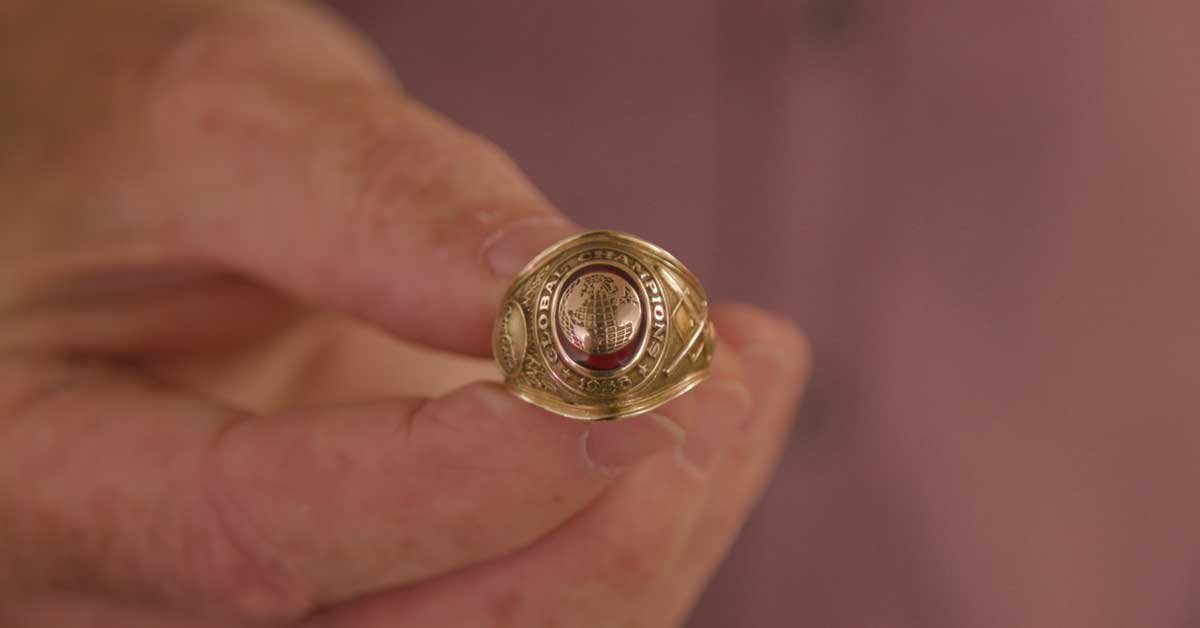 When it comes to Coke memorabilia, this collection is "the real thing."

Dan Thielmann has been collecting Coca-Cola items for 35 years. He has an extensive collection dating back to the 1920s, including a Vendo 23 vending machine from the 1960s, Coca-Cola cufflinks from 1929, a four-foot-tall display Coke bottle, and a 1933 radio in the shape of a bottle.

We brought along Coca-Cola collector Darrell Noble, who has more than 45 years experience collecting Coke-related items, to put an estimated value on Thielmann's possessions. Let's take a closer look at the items featured in Episode 7 of Collector's Call. 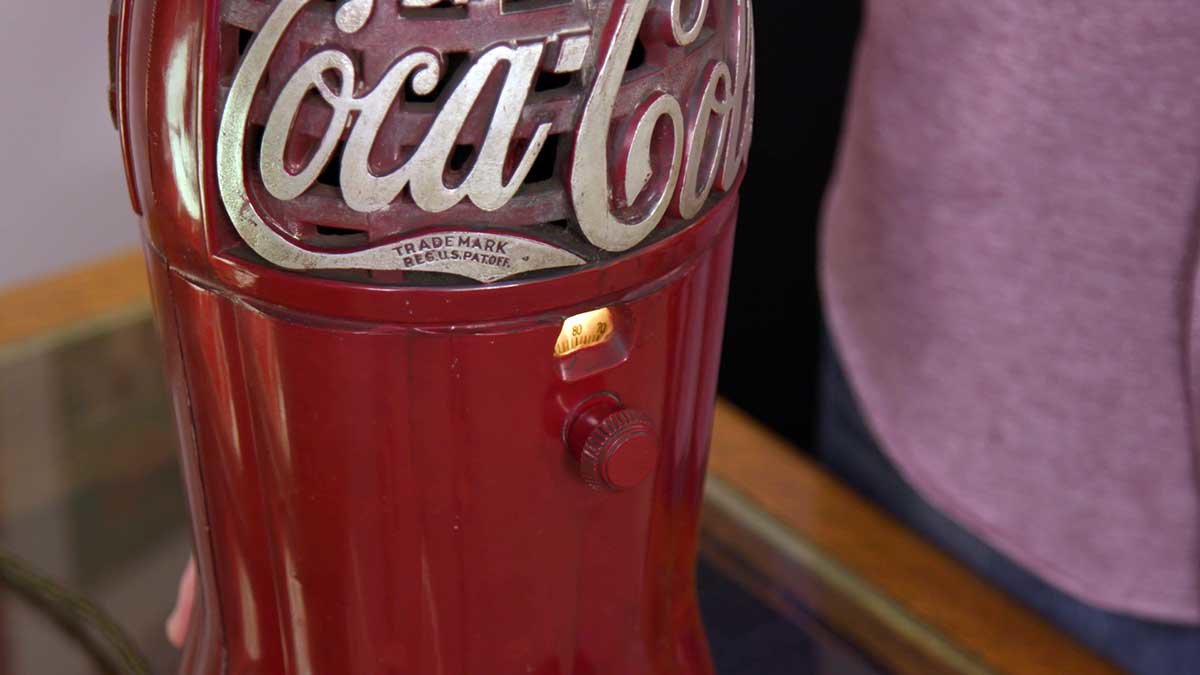 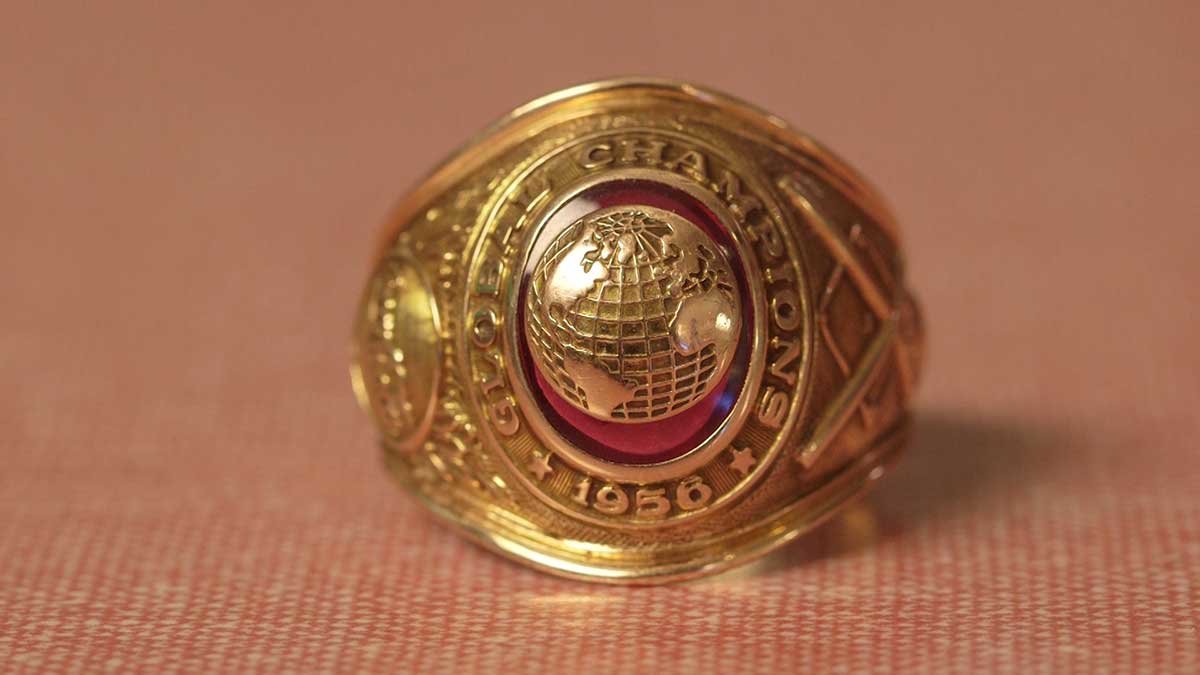 This ring reads "Global Championship 1956" around the stone. This ring was given to winners of the First Global World Series, held in 1955, 1956 and 1957 in Milwaukee, Wisconsin. 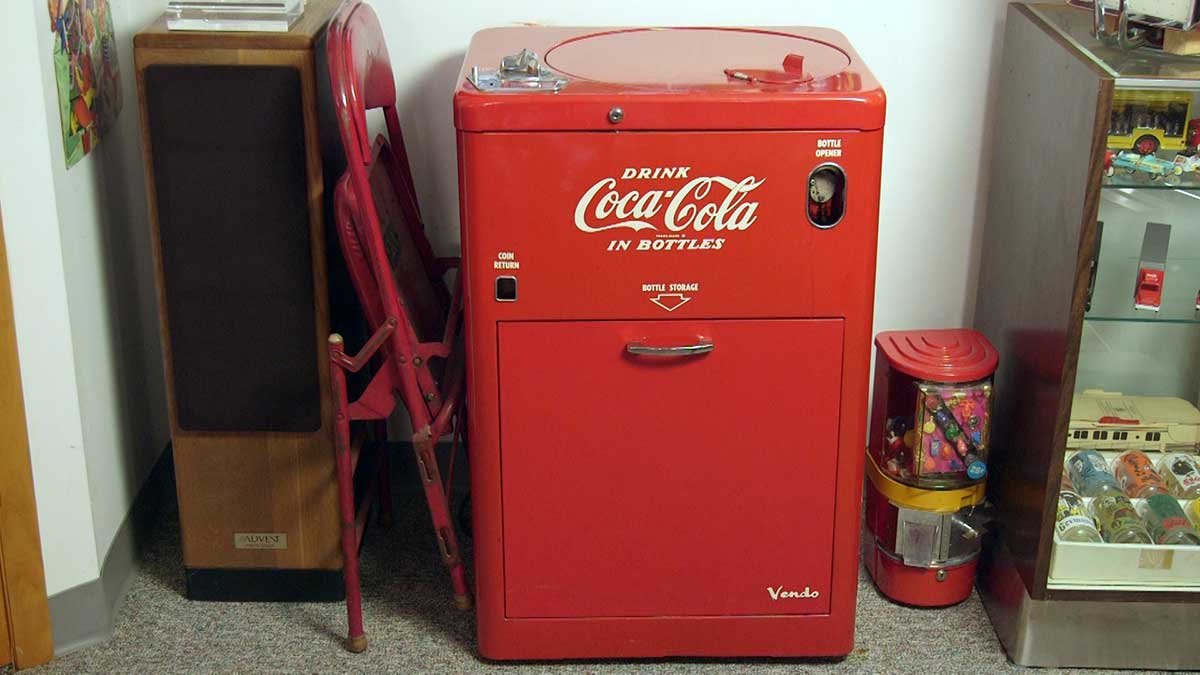 This vending machine — which held 23 bottles of Coca-Cola, hence the name — dates back to the 1960s. 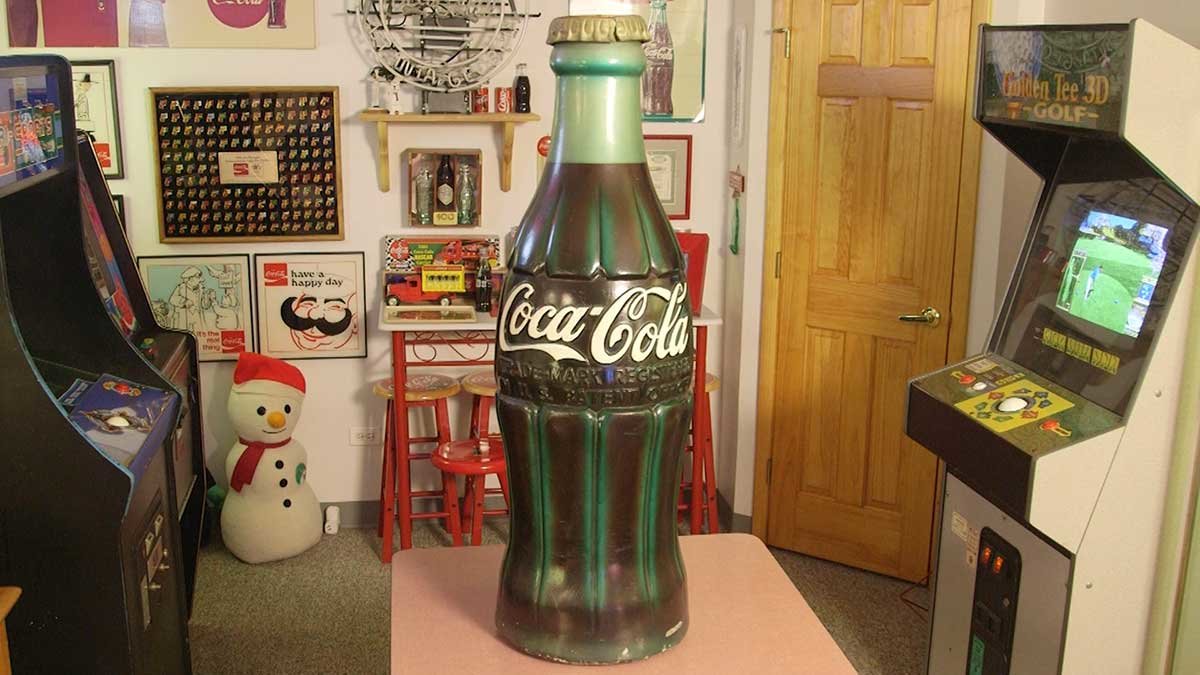 This giant replica dates back to the 1940s. 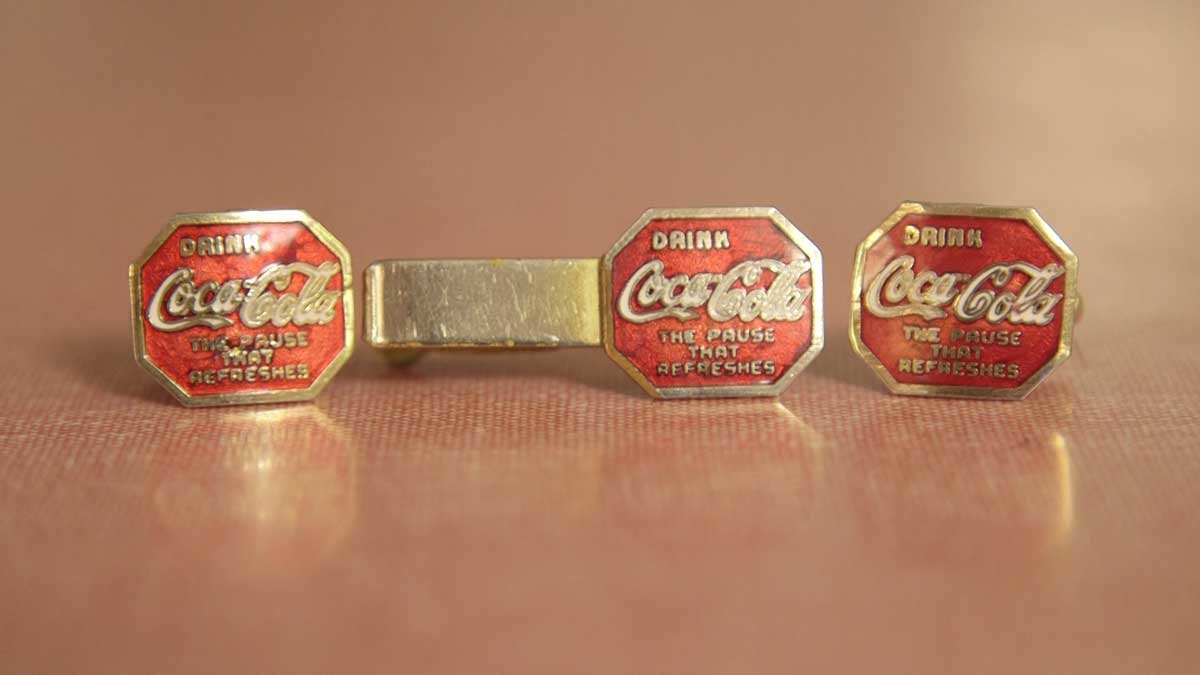 These gentlemen's accessories were made in 1929 and came emblazoned with the slogan "The Pause That Refreshes." 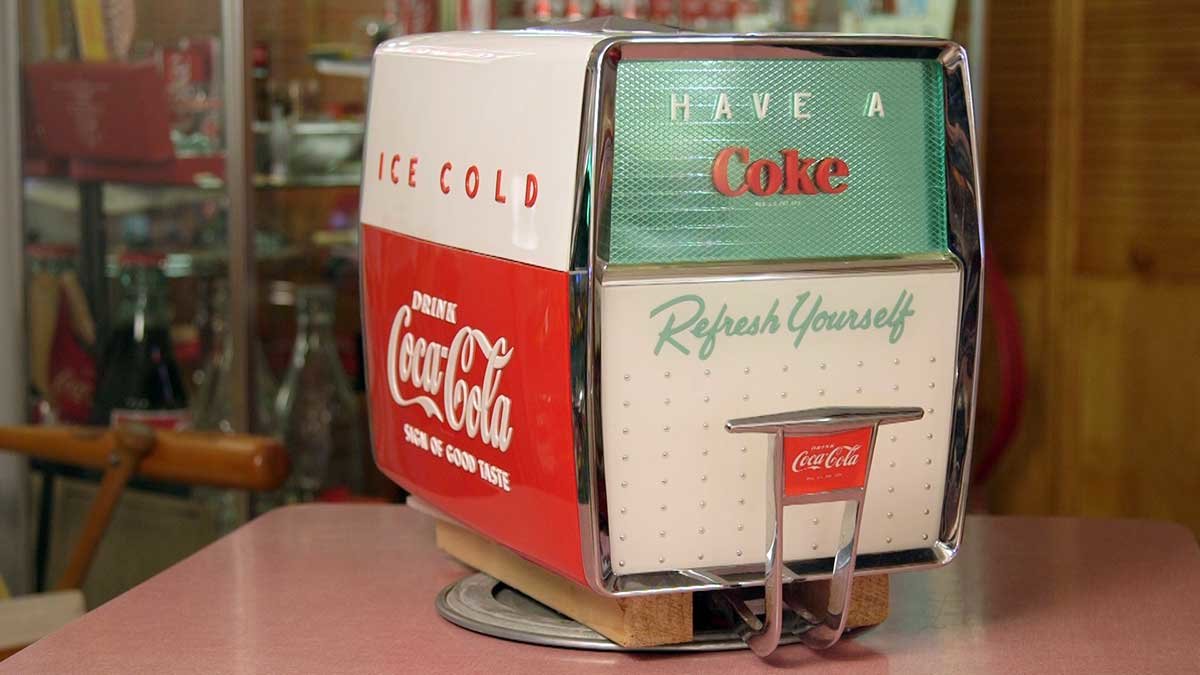 These soda fountain dispensers, which would mix syrup with carbonation, were manufactured from 1958–64, and could be found in drugstores, movie theaters, etc. This particular one has never been used. 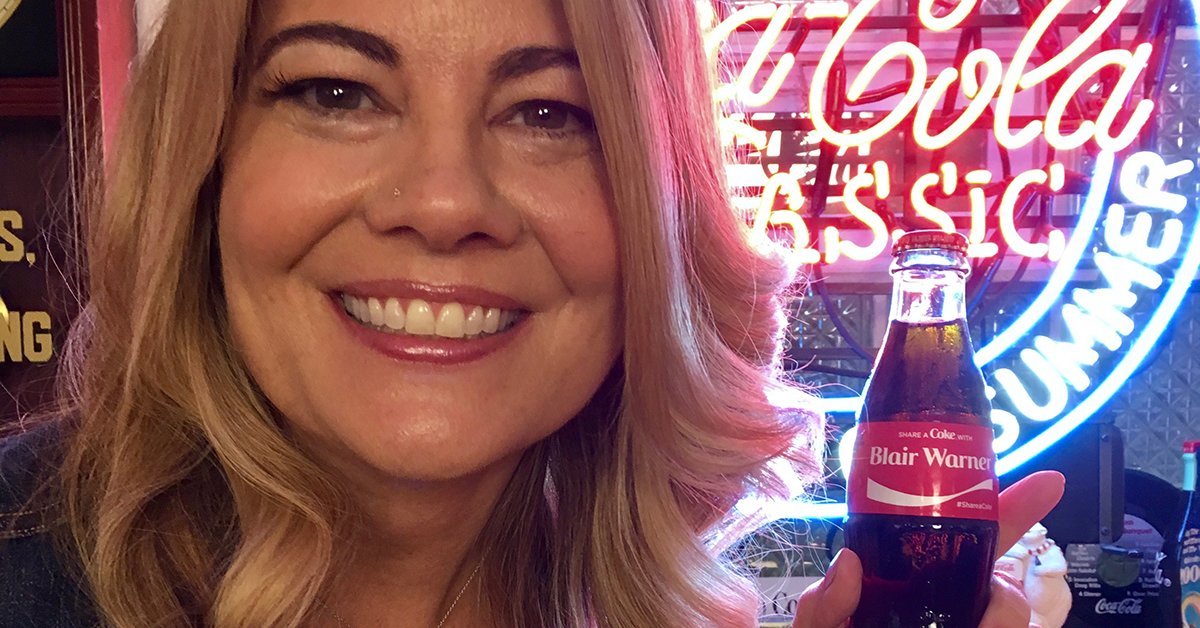 Our host Lisa Whelchel shows off a gift Coke bottle personalized with the name Blair Warner, her character from The Facts of Life.

Ednaam 22 months ago
Thanks for sharing.
Like Reply Delete