Episode 8: Inside the Collection 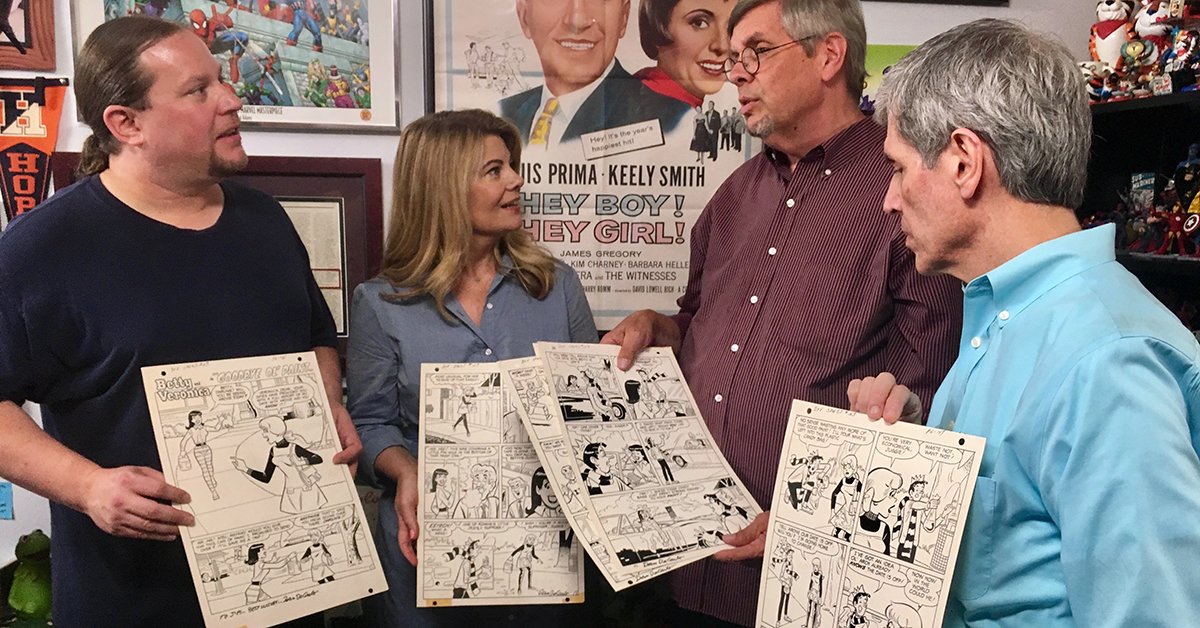 Original Marvel artwork featuring the Avengers can be worth quite a lot.

He’s joined by friend, business partner, and fellow artist Rich Pine, who is a collector himself.

We brought along Josh Kelley from Graham Cracker Comics to value Jim’s collection. Let's take a closer look at the items featured in this episode of Collector's Call. 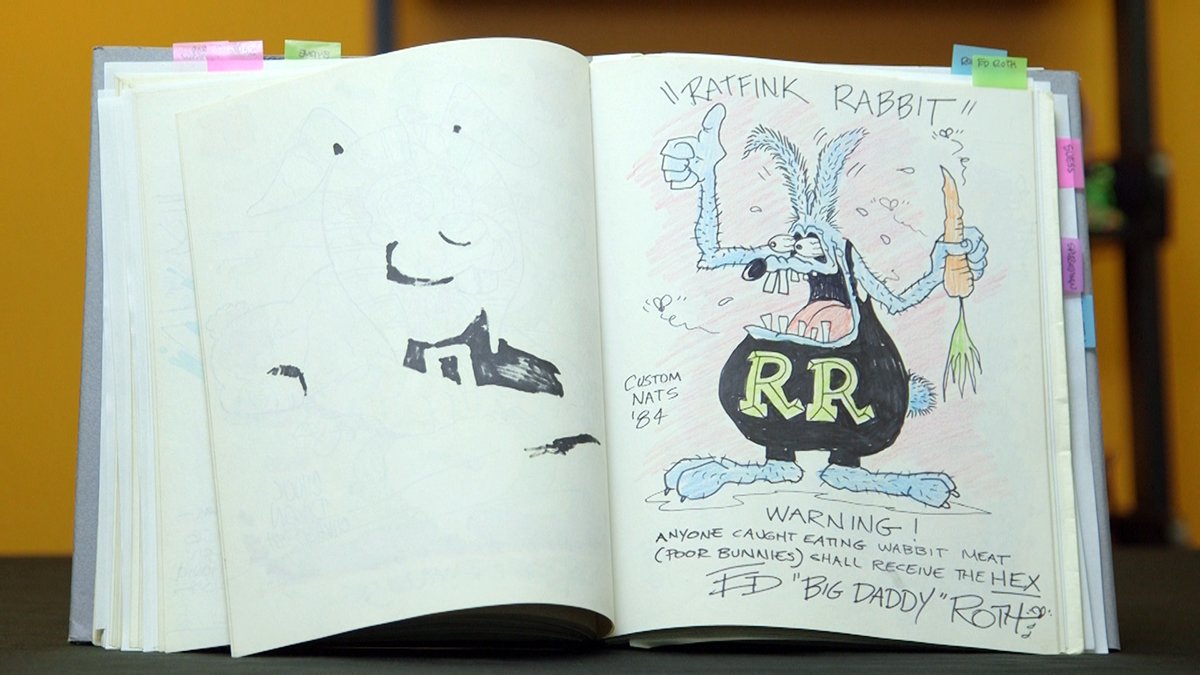 Engel calls this one-of-a-kind sketchbook his "Bun Book." He has been collecting these rabbit doodles from notable artists for the last four decades, asking for entries at conventions, etc. It includes drawings by legends like Dr. Seuss and Sergio Aragones. 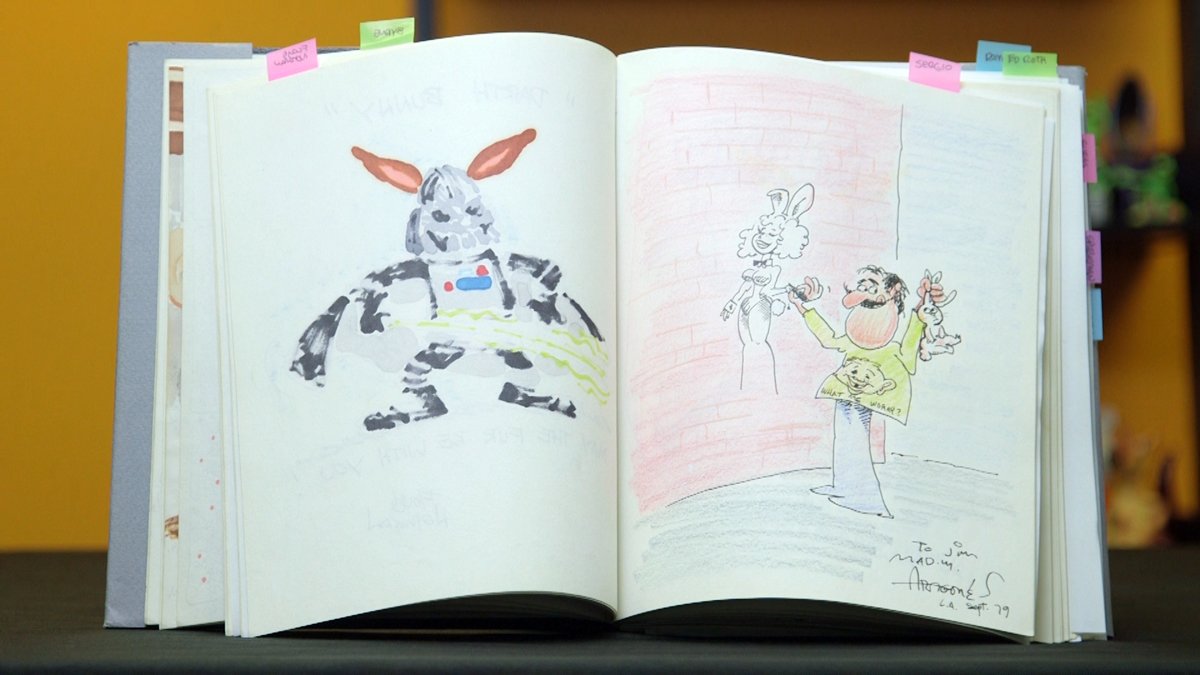 Here is a detail of the artwork by the MAD Magazine icon. 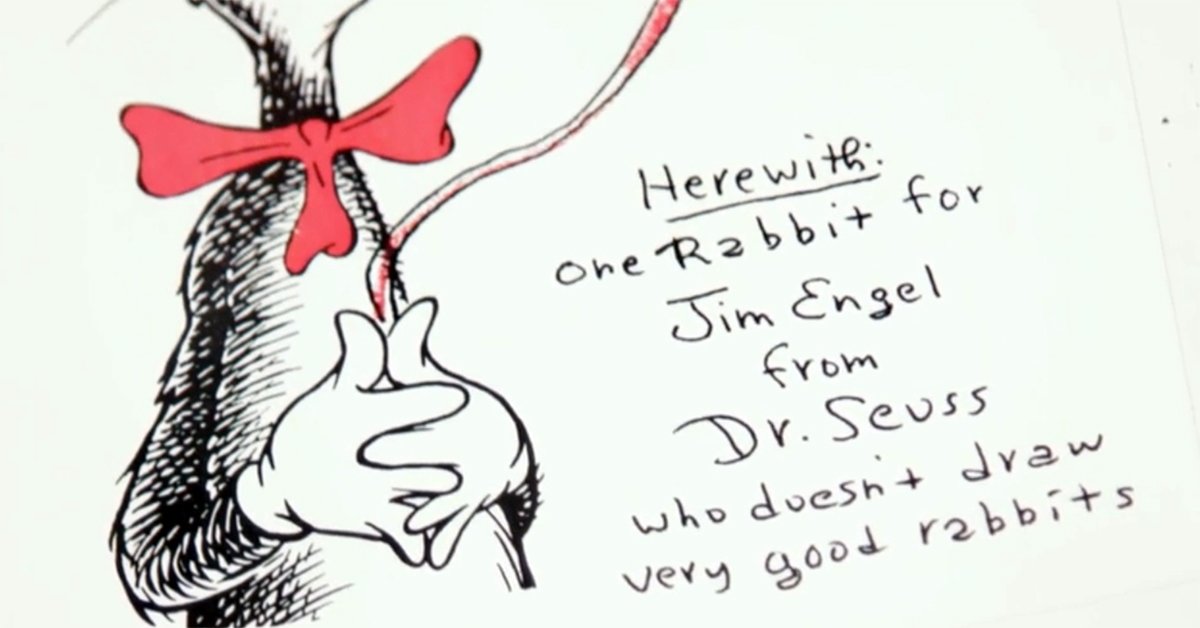 Theodor Geisel sent Engel his bunny drawing featuring the Cat in the Hat on stationary, which was pasted into the sketchbook. Here is the message from the iconic children's author to the collector. 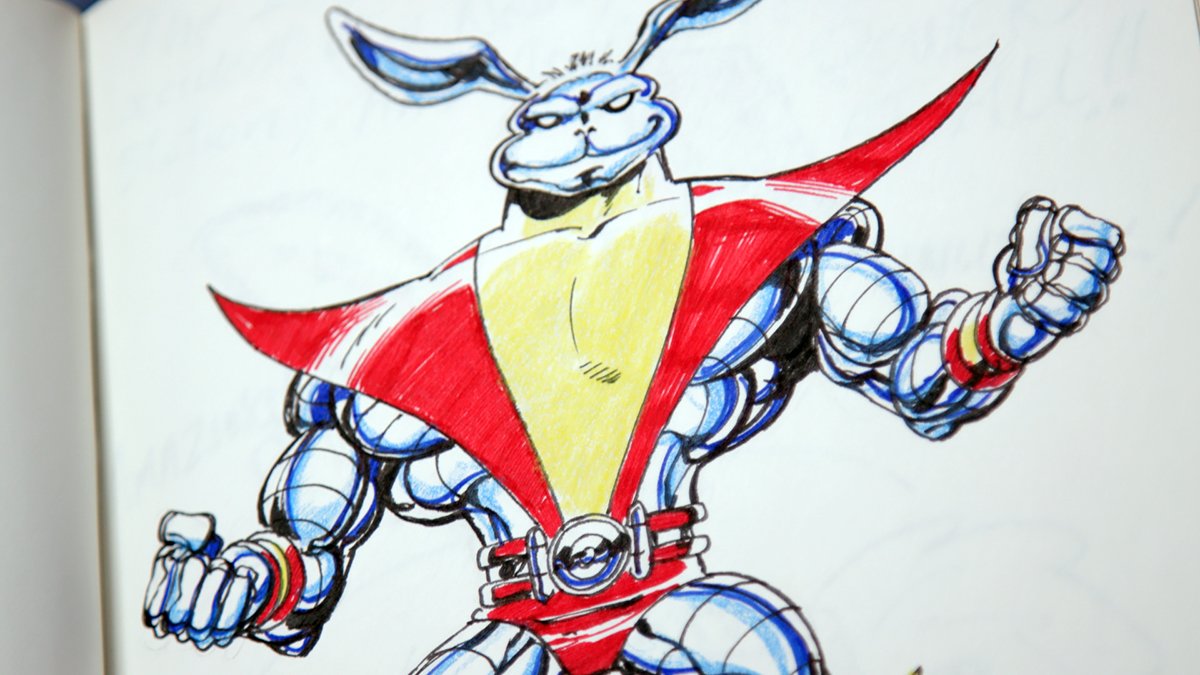 Here is a bunny from the book drawn in the style of the metallic X-Men muscleman Colossus. 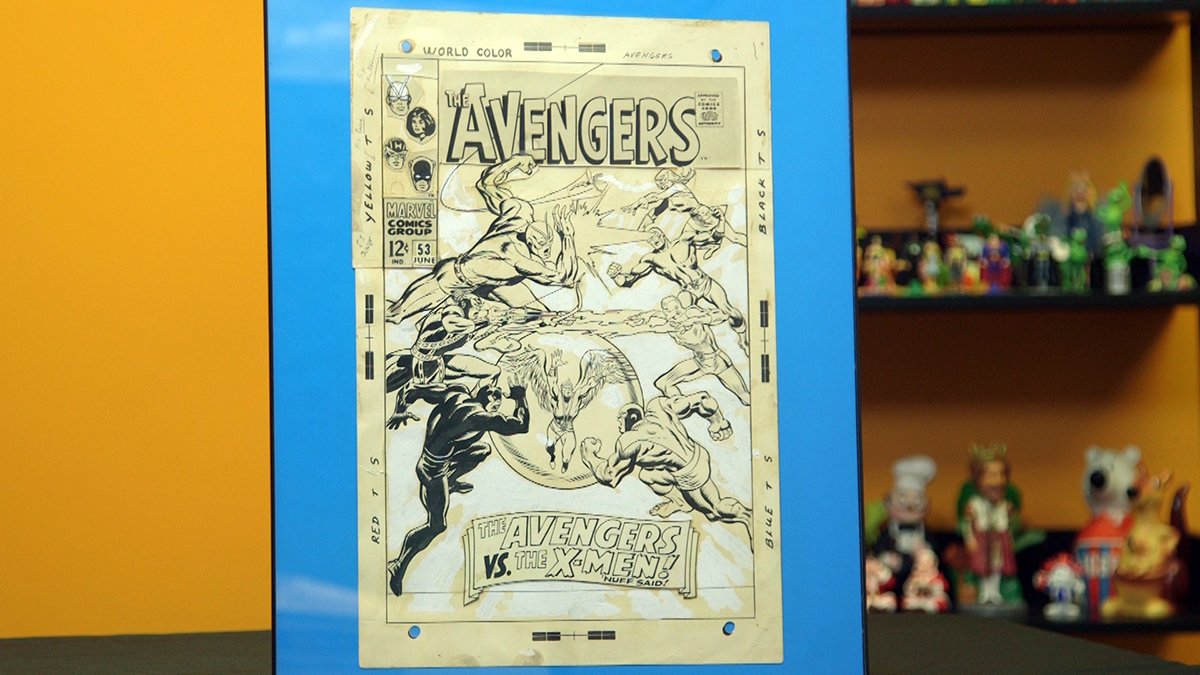 This pencil and ink work by John Buscema and George Tuska appeared on the cover of the June 1968 issue of Marvel's flagship superhero book. 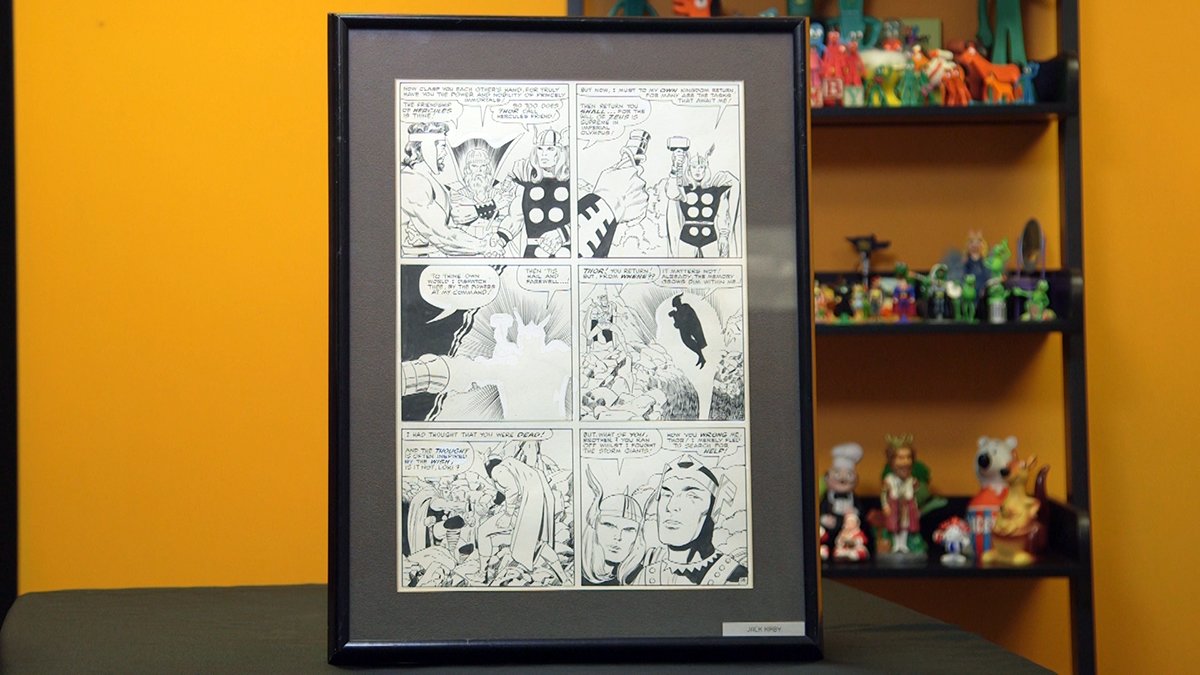 Marvel legend Jack Kirby drew these panels for Journey Into Mystery (the title that introduced Thor) Annual Vol. 1 No.1, released in 1965. 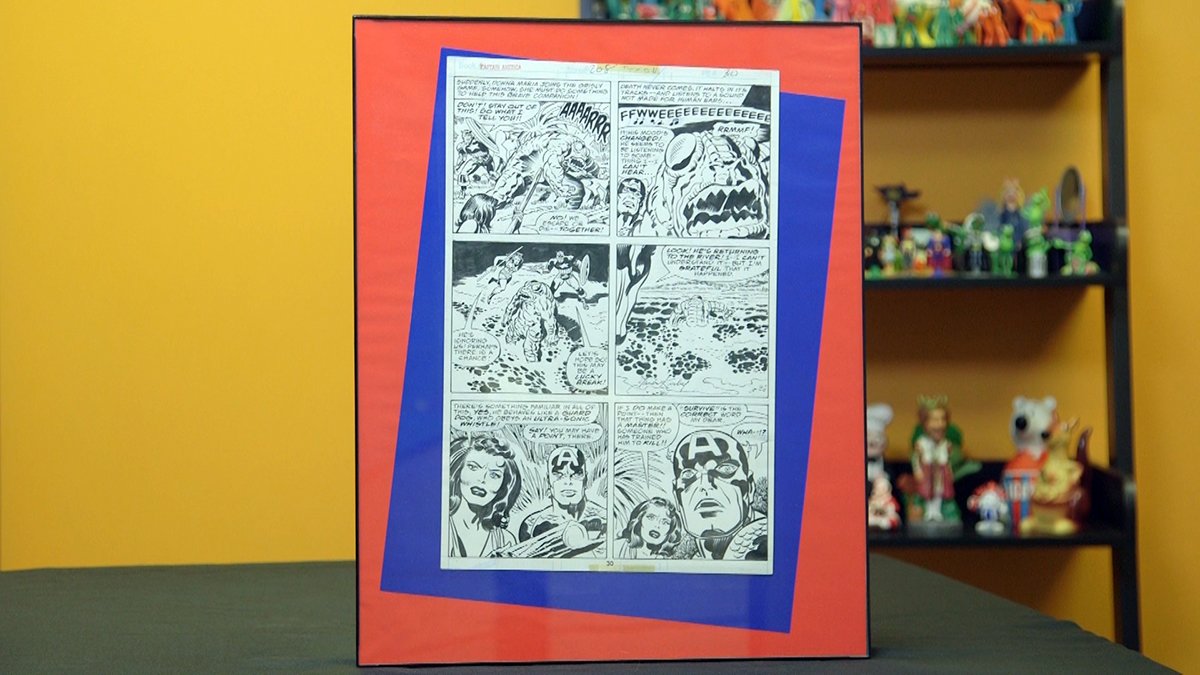 After working at rival DC Comics for years, Kirby returned to Marvel and jumped back onboard titles he helped create alongside Stan Lee. This page from 1977 features Captain fighting a creature named Man-Fish. 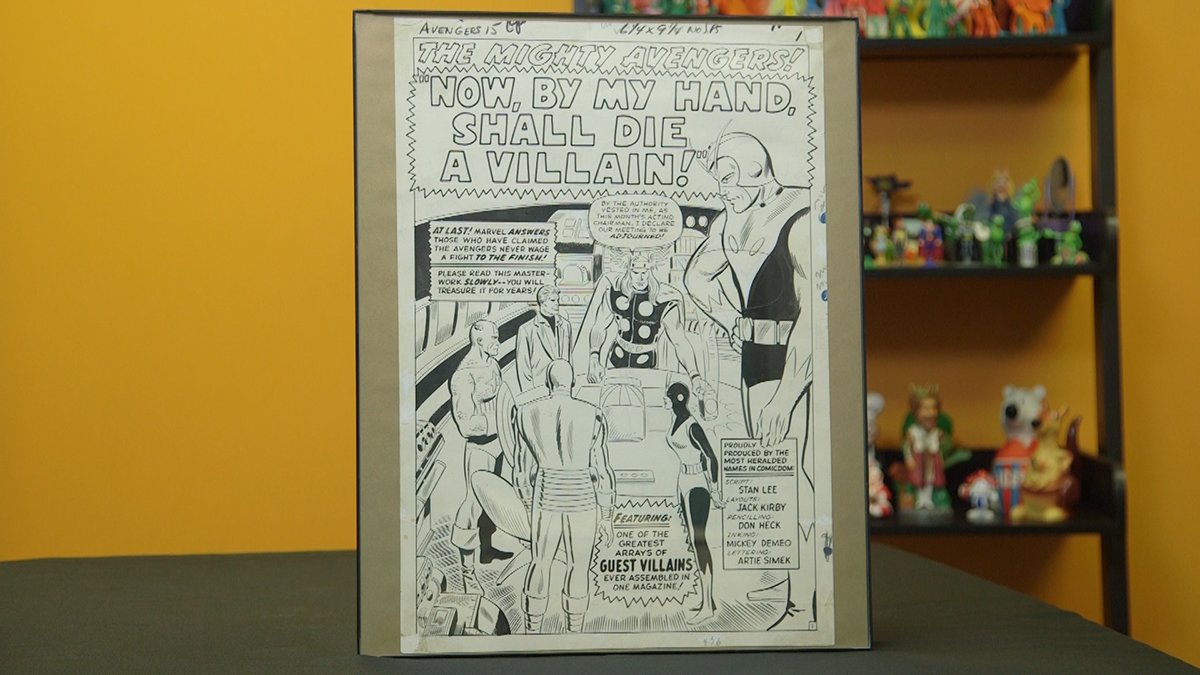 This 1965 splash page (or full-page panel) features pencils by Don Heck and showcases Marvel heroes Captain America, Iron Man, the Wasp, Thor and Giant-Man, who all appear in the blockbuster movie Avengers: Endgame, of course. 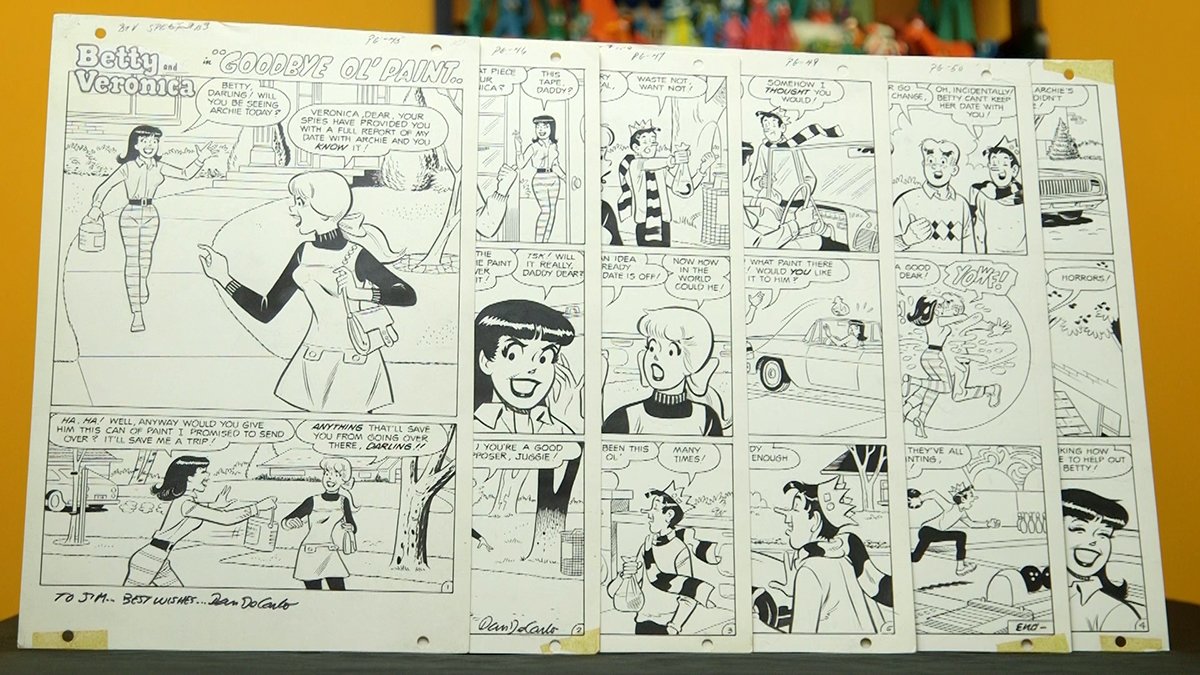 This original Betty and Veronica tale features the artwork and personalized message of Dan DeCarlo, co-creator of characters like Sabrina the Teenage Witch and Josie and the Pussycats. DeCarlo was instrumental in crafting the trademark style of Riverdale comics. 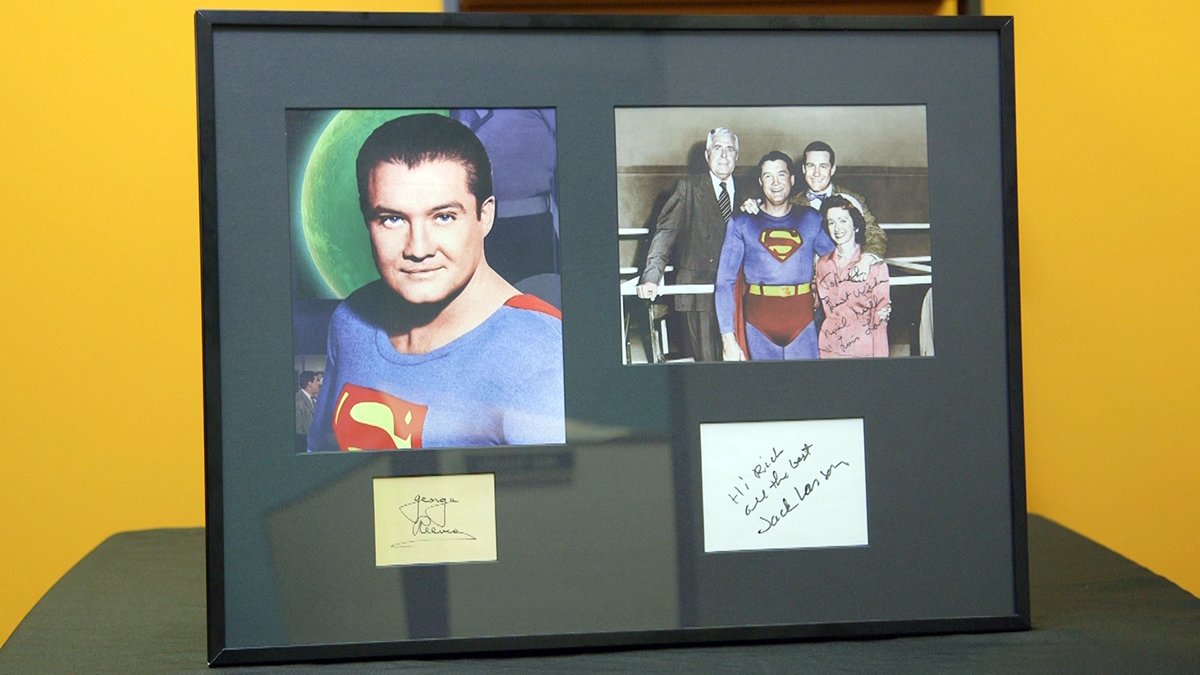 George Reeves (Superman) and Jack Larson (Jimmy Olsen) from the 1950s TV series Adventures of Superman gave their signatures to Engel, which he framed.