Meet Allen Machielson: Inside the Collection 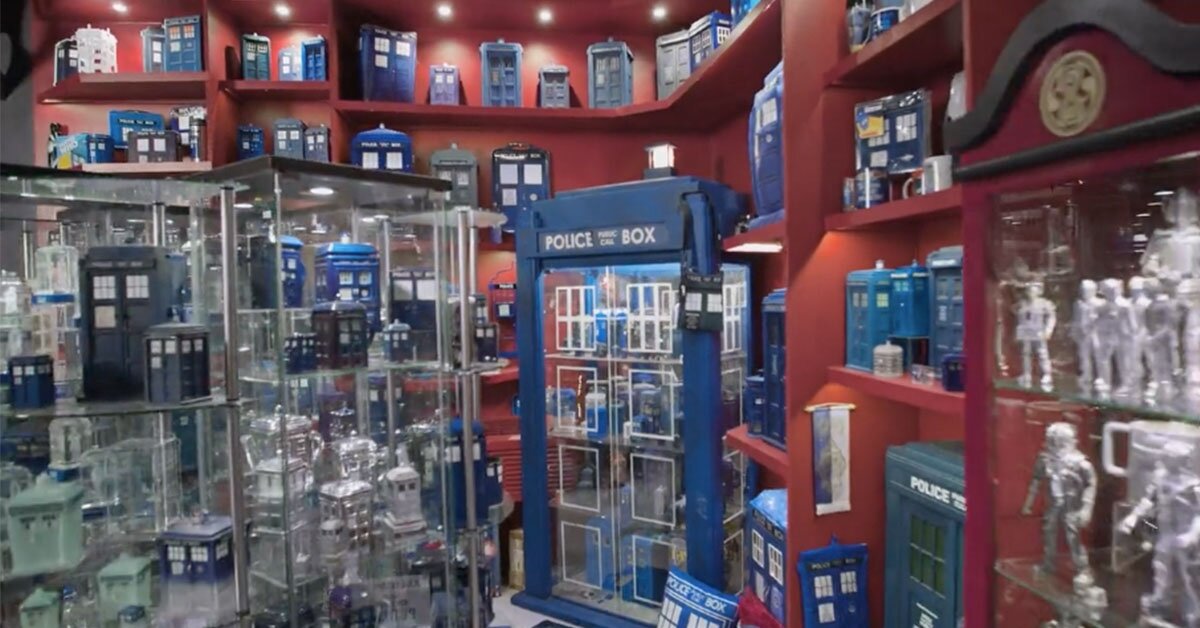 Lisa steps into Allen Machielson’s “Whoseum” and is transported through time and space to view an impressive collection of Doctor Who memorabilia. From custom-built replicas of the TARDIS and TARDIS consoles to prototype toys, Allen’s beautifully displayed collection captures the growth of his passion for the longest-running sci-fi series. Allen’s companion, his wife, Chrissy, has developed an appreciation for Doctor Who over the years, but her appreciation may grow when she hears our expert’s appraisal. Movie props and costume expert Mark Short began his own collection of screen-used props and costumes with Doctor Who memorabilia, so he’s primed with a perfect trade item to entice our collector. 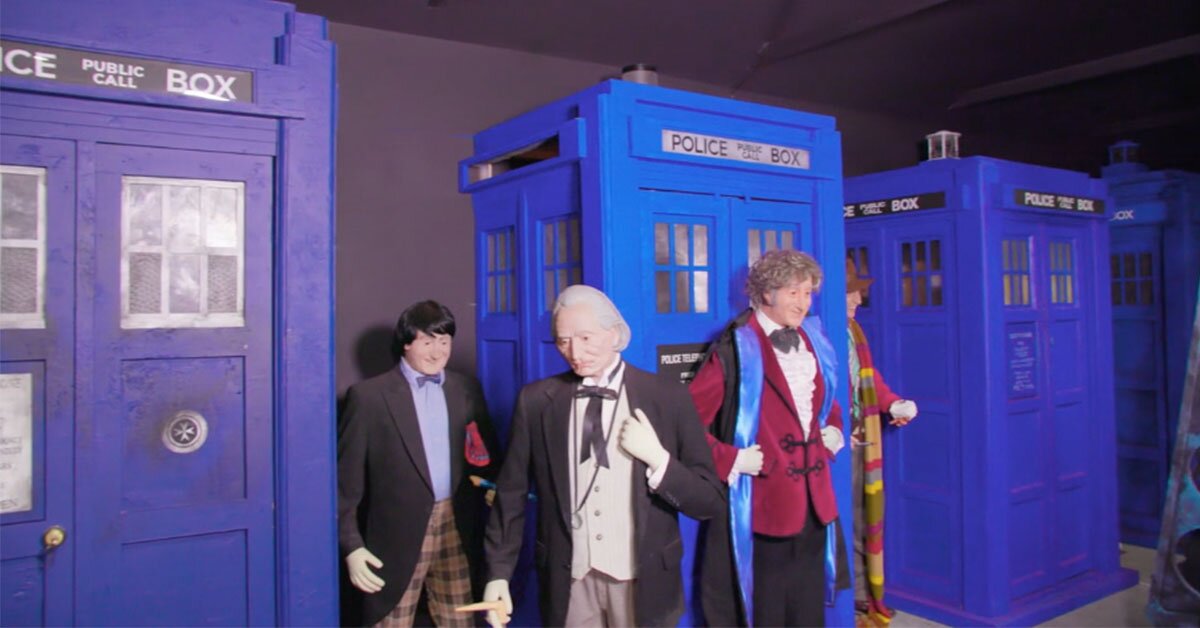 Allen built these replica TARDIS booths based off the original 1963 prop. He spent around $500 on the materials, but with all the time, care, and research that went into them, they're worth a lot more. 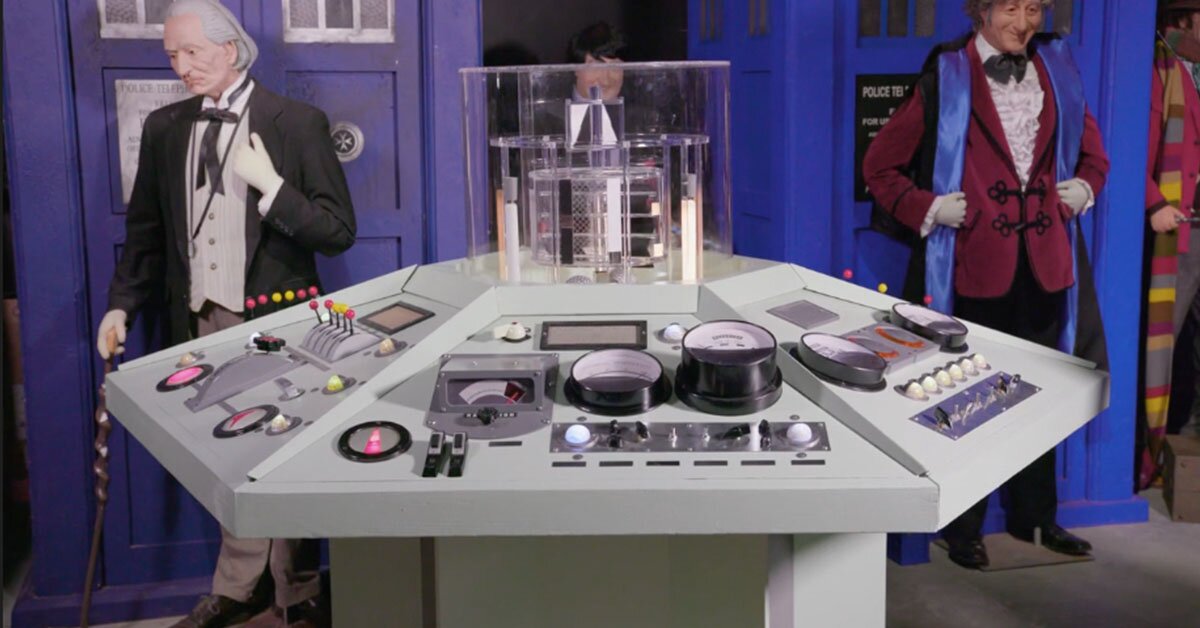 The console is the flight control deck of the TARDIS. A longtime friend of Allen's used to display this at conventions. When he decided to retire the set, he offered it to Allen. Not exactly something you can display in the living room! 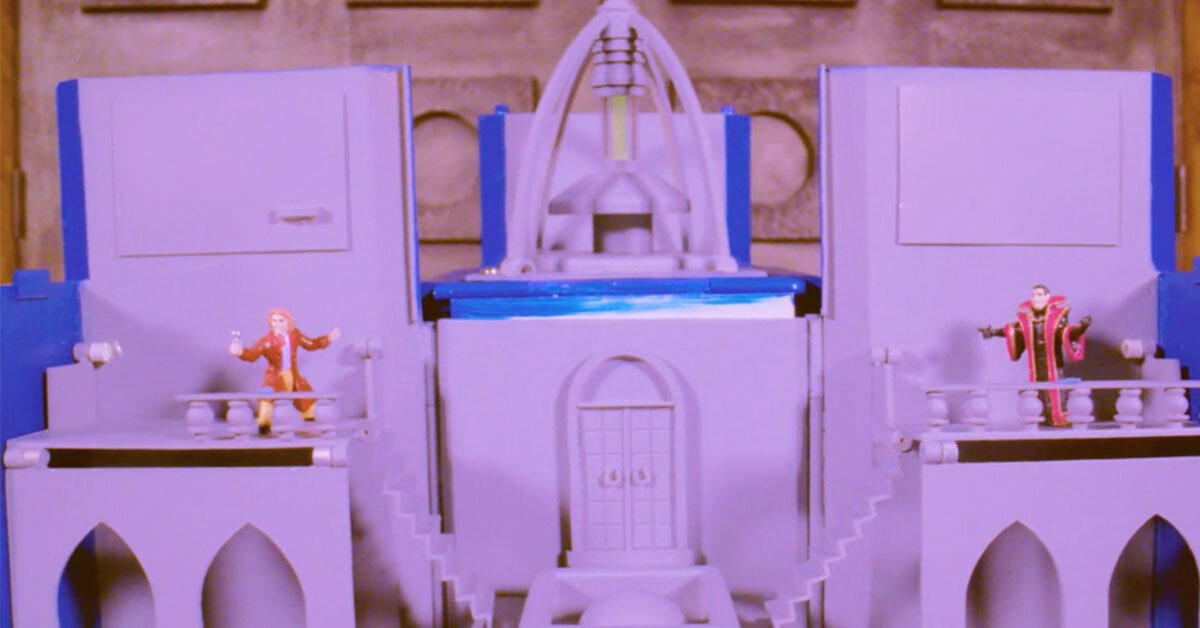 Bluebird was a toy company that made playsets that could be opened up and had figurines inside. They made this prototype to go with the 1996 Doctor Who TV movie. When the movie didn't do as well as they had hoped, the toy never went into production - which makes this a very rare collectible! 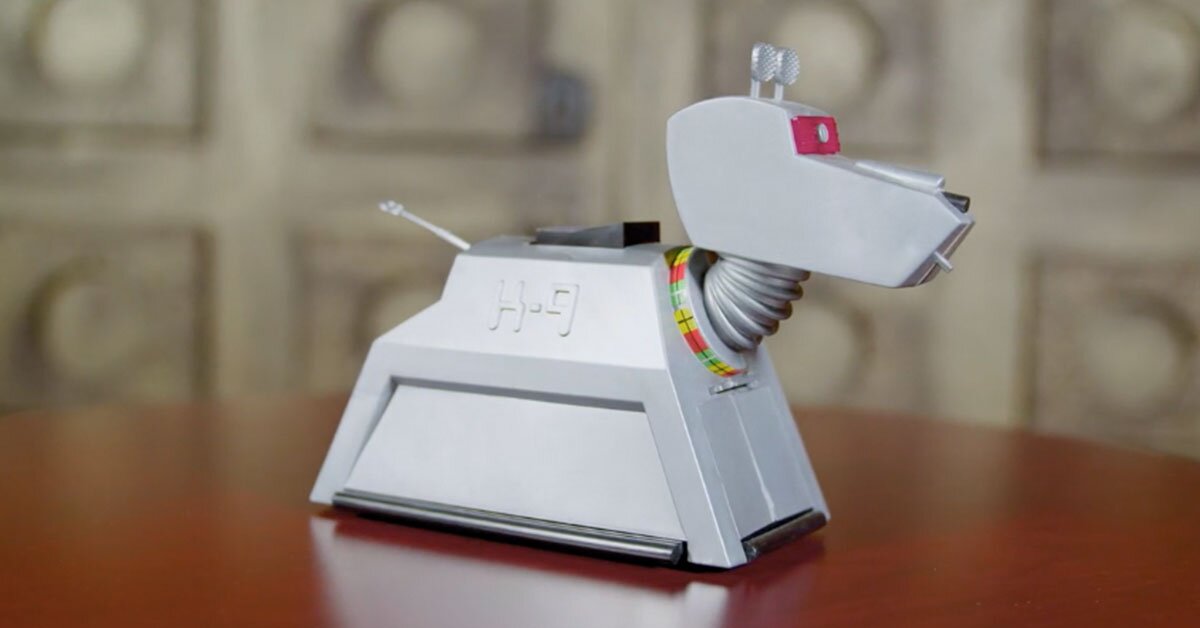 The fourth doctor had a robot dog companion named K9, and this K9 toy was one of the first Doctor Who toys of that era. The fact that Allen still has the box in great condition and that the toy still works significantly adds to the value. 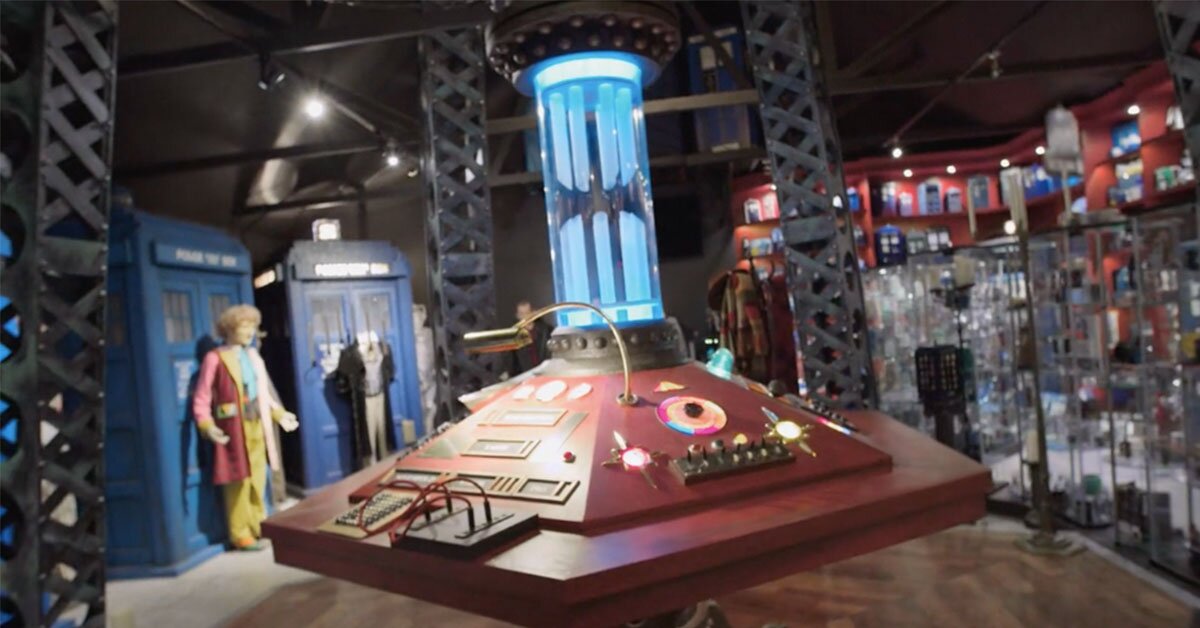 Unlike the previous console, Allen built this one himself! This console is from the one-off TV movie made in America. He fell in love with it, and used the design as inspiration for the whole Whoseum. 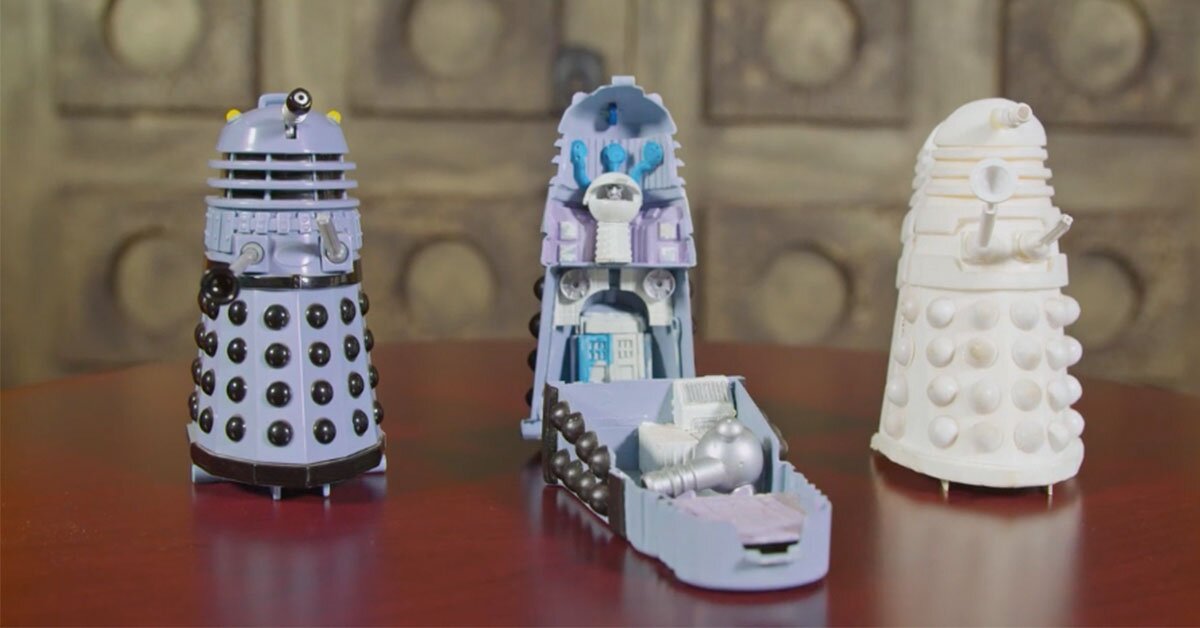 Allen also has the production prototype for another toy from Bluebird, the classic Doctor Who baddie, the Dalek. Along with the prototype, Allen was also able to get the production notes between the BBC and Bluebird. 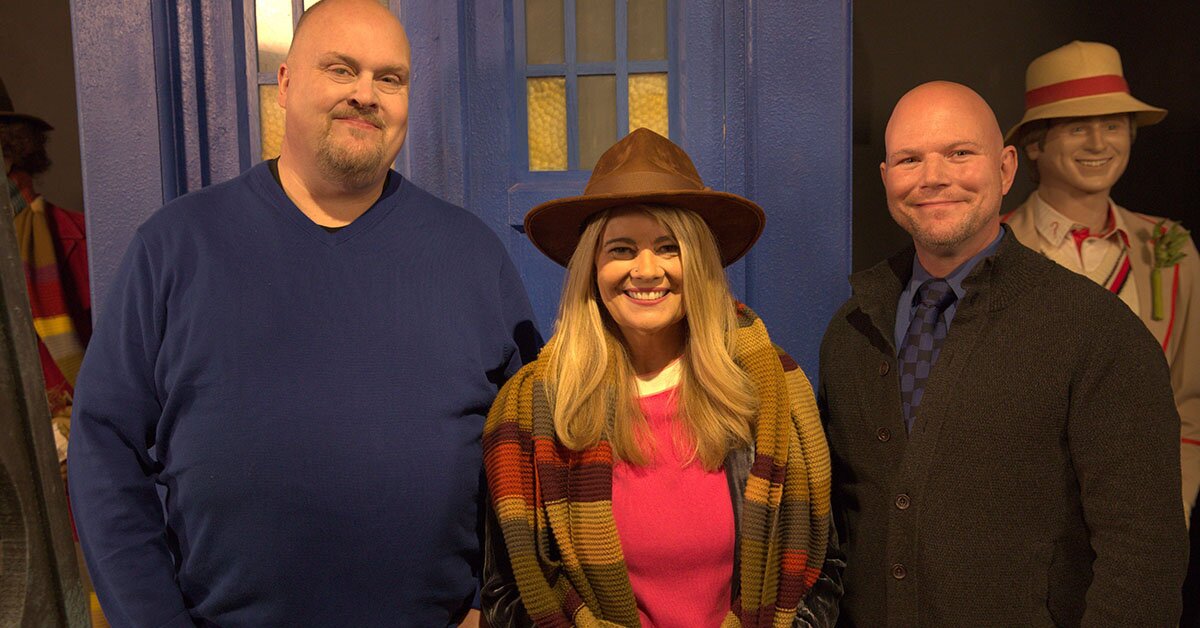 Even Lisa is getting in the Doctor Who spirit!

RichLorn 8 months ago
I'm waiting for Collector's Call to do an episode of my collection of snack remnants buried in my furniture cushions.
Like Reply Delete

DuanneWalton 9 months ago
Lisa looks cute in the hat and scarf.
Like Reply Delete

TSeym22 9 months ago
I have been a fan of Doctor Who since childhood. My "first" Doctor was the 4th one--Tom Baker. Allen's collection is awesome! Like Mark Short said in the program, I'd like to take my sleeping bag and camp out there!
Like Reply Delete

Runeshaper 9 months ago
This Whoseum is AWESOME! Very impressive collection.
Like Reply Delete

Andybandit 9 months ago
I saw the show on Sunday May 8th. The guy had a lot of cool stuff.
Like (1) Reply Delete

ColleenBender 9 months ago
Does this portend Dr. Who the classic series coming to METV?
Like (3) Reply Delete

LoveMETV22 ColleenBender 9 months ago
Don't know, but they did a quiz a few days ago with Star Trek/Dr Who, then a story on a Sunday, they don't usually post stories on weekend. Probably just coincidence. It would make an interesting addition though, but where would they schedule it ( late night, weekday, weekend ?).
Like (2) Reply Delete

Nick0 LoveMETV22 8 months ago
If MeTV would get classic Doctor Who, it would have to go on Super Sci-Fi Saturday Night, and hopefully at least 1 or 2 hrs (2-4 parts) a viewing. At either rate it would take quite a few years before re-running any stories as well.
Like Reply Delete

LoveMETV22 9 months ago
I wonder Nah, Well maybe, No it couldn't. Well in the right time slot it would be an interesting addition
Like (3) Reply Delete

Pacificsun LoveMETV22 8 months ago
I don't think they'll pry it away from HBO.
There are other (much more complicated) ways of watching, according to the gamesters links.

Would've nice to have become a dedicated fan in the Sixties to really understand the series.