Meet Allen Singleton: Inside the Collection 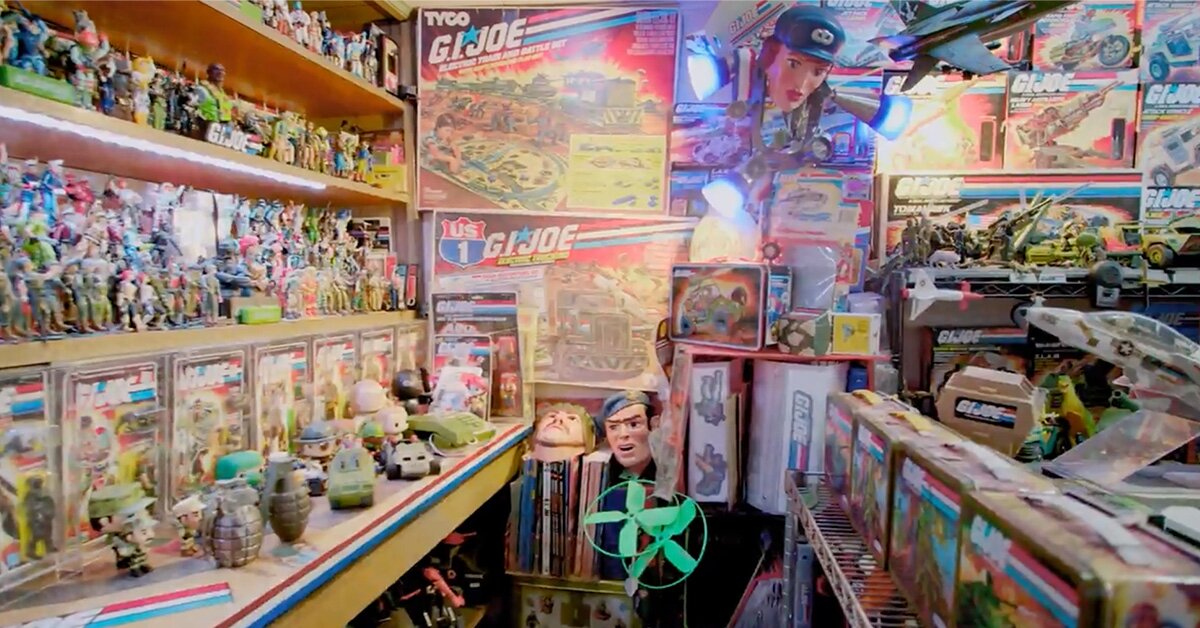 In one of the largest collections we've seen on Collector's Call, Allen's bunker of G.I. Joe figures, comic books and toys adds up to over 100,000 items!

By day, Allen Singleton and his wife, Diana, run vintage toy franchise, Applejax Toys, but Allen’s love of toy collecting began almost 40 years ago. Allen has been collecting G.I. Joes since the 1980s. In one of the largest collections we've seen on Collector's Call, he as over 100,000 G.I. Joe collectibles to prove it! Lisa and general appraiser, Kate Martin, join the couple, as Allen shares his favorite items and vast knowledge of the “Real American Hero,” with exciting pieces such as a rare “silent” comic book, a first edition G.I. Joe action figure ready for space flight, and one of the largest toys ever produced - an aircraft carrier model that’s over 7 feet long! Kate appraises Allen’s expansive collection and offers Allen the chance to trade one of his beloved items from his childhood for a rare item in mint condition. Also, emotions run high, as Allen receives a sentimental message from one of his all-time heroes. 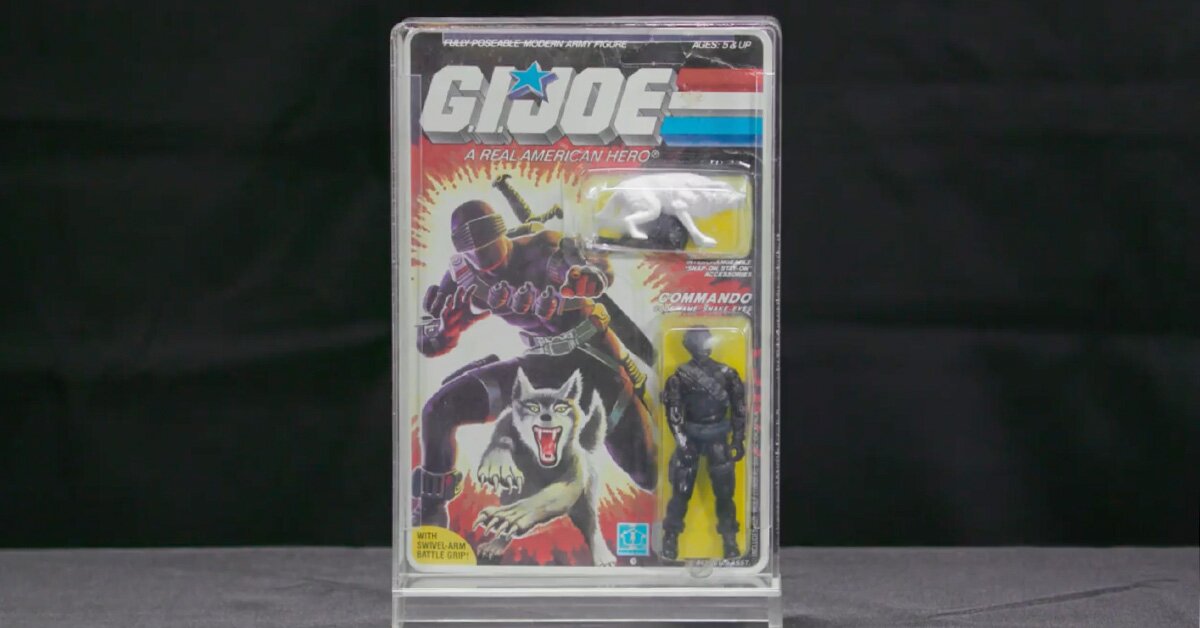 Arguably one of the most eye-catching G.I. Joes is the Snake Eyes ninja character. Held in its original card (the packaging), this commando has been in Allen's collection for 10 years. Now, it could be worth double the $350 he paid for it. 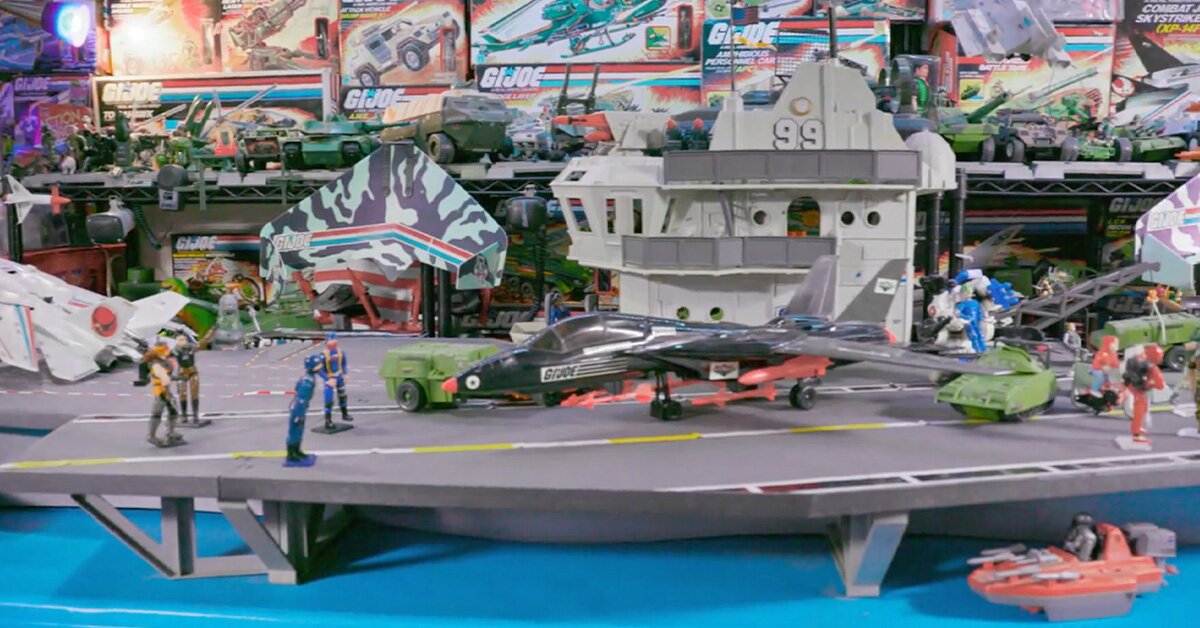 Coming in at 7.5 feet long, you can't miss this water fortress! This aircraft carrier is one of the largest toys to ever be produced and Allen still plays with it. It's safe to say there's plenty of room to set up plenty of figures on it! Including a box that came with the aircraft carrier, this collectable is appraised at over $2,000! 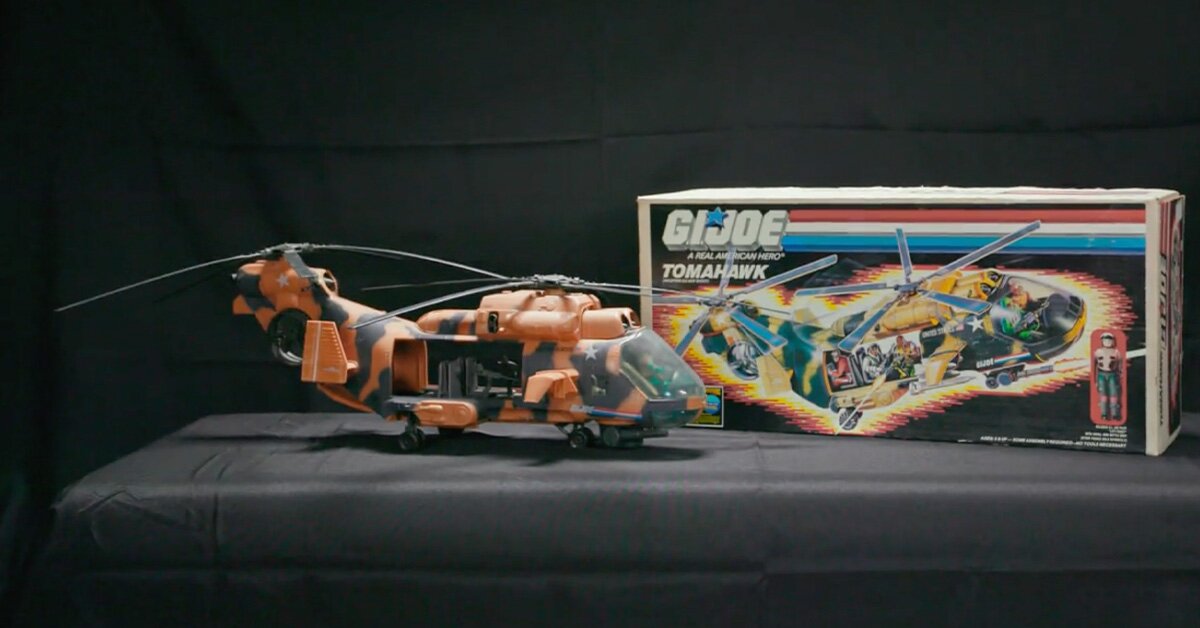 From the sea to the skies, Allen's collection has no G.I. Joe limits. This 1986 toy and its original box have been with Allen since he was a child, and it holds plenty of sentimental value. As far as dollar signs, this chopper could be worth tenfold more than what it originally sold for, at $34.99. 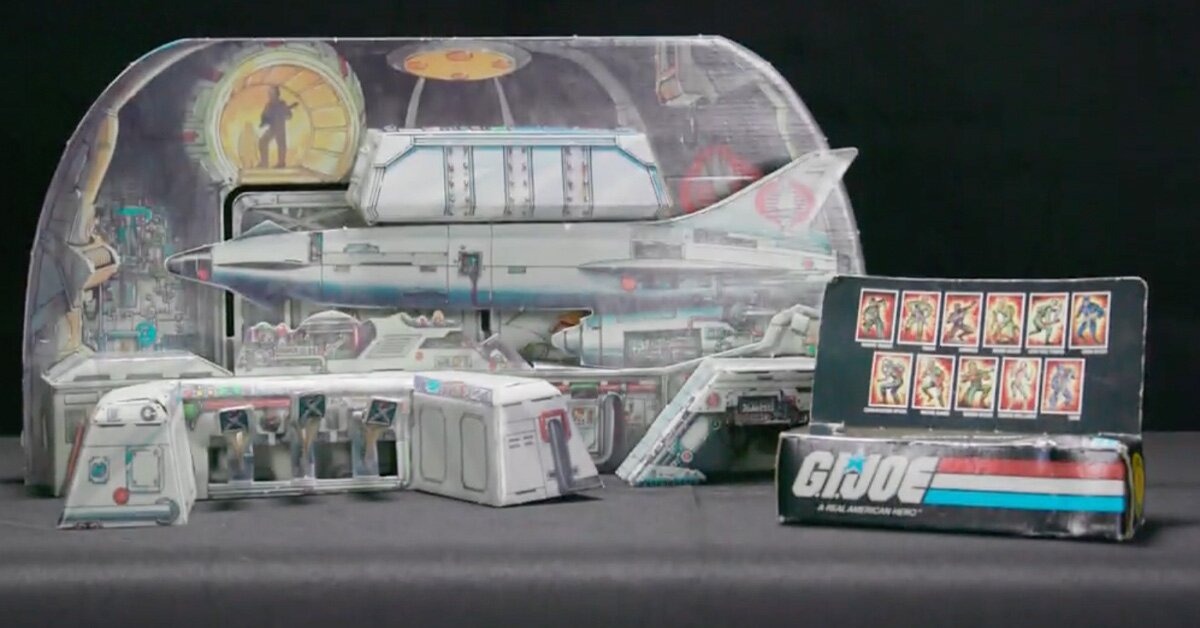 The Cobra Missile Command Center is one of the centerpieces of Allen's collection, not becuase it is an original toy from 1982, the year the revamped Eighties G.I. Joe came out, but because this ''flimsy'' toy has stood the test of time. To go along with the Sears Store exclusive cardboard backdrop, is a combat file card box. The combat file cards featured descriptions and combat traits of each character. How much could these pieces of cardboard be worth? 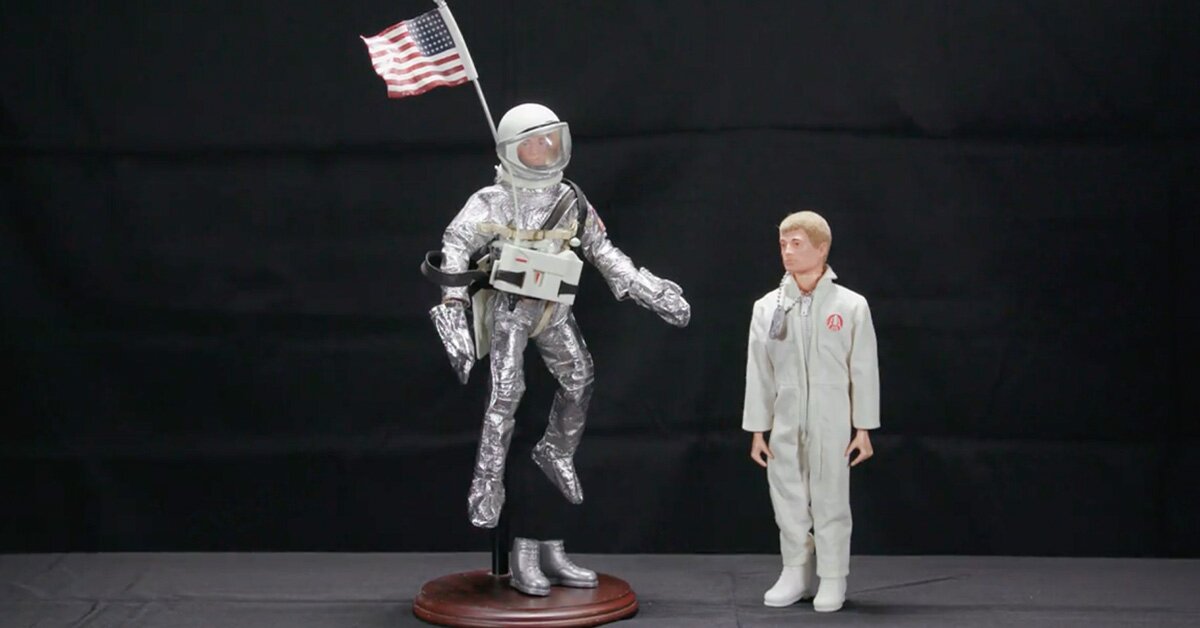 Donning these space suits, one of which Allen pieced together himself, is a hard-headed G.I. Joe with painted hair and a Cloth Hair G.I. Joe. Though the smaller G.I. Joe figures are generally where collectors make their money, these figures, especially the Cloth Hair figure in white, carry some serious value. Mainly becuase the hair is still on the figure's head! 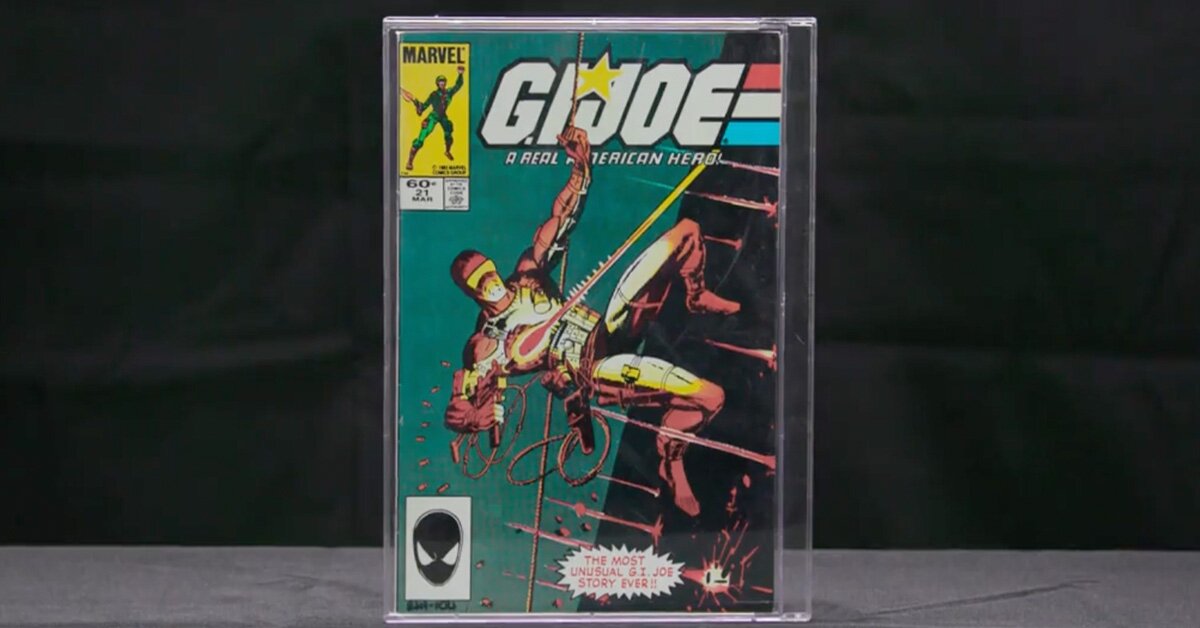 When Larry Hama, the ''Godfather of G.I. Joe'' needed to produce a comic book quickly, he simply didn't use words! As a result, this silent issue gave Allen his own way to ''read the action'' rather than the words. Though it hasn't been graded, Allen could still get quite the return after buying the book for just 60 cents in 1984.

MichaelVegas 8 months ago
I wonder how much that silent comic is worth, I think I have that in storage
Like Reply Delete

RichLorn 8 months ago
His collection is not complete without the G.I.Joe Recruitment Physical Examination set.
Like (1) Reply Delete

Ivan 8 months ago
As a child you can be given a toy that to you stands out that gives you so much joy so you keep buying to maintain that joy even up to your old age. Here in England we have at the moment a tv programme called Scouting for toys ( it is I think on Utube ) which sells all manner of collectibles. The company is called VECTIS . Perhaps someone from MeTV can pass this information onto him.
Like Reply Delete