Meet Ed Montalvo: Inside the collection 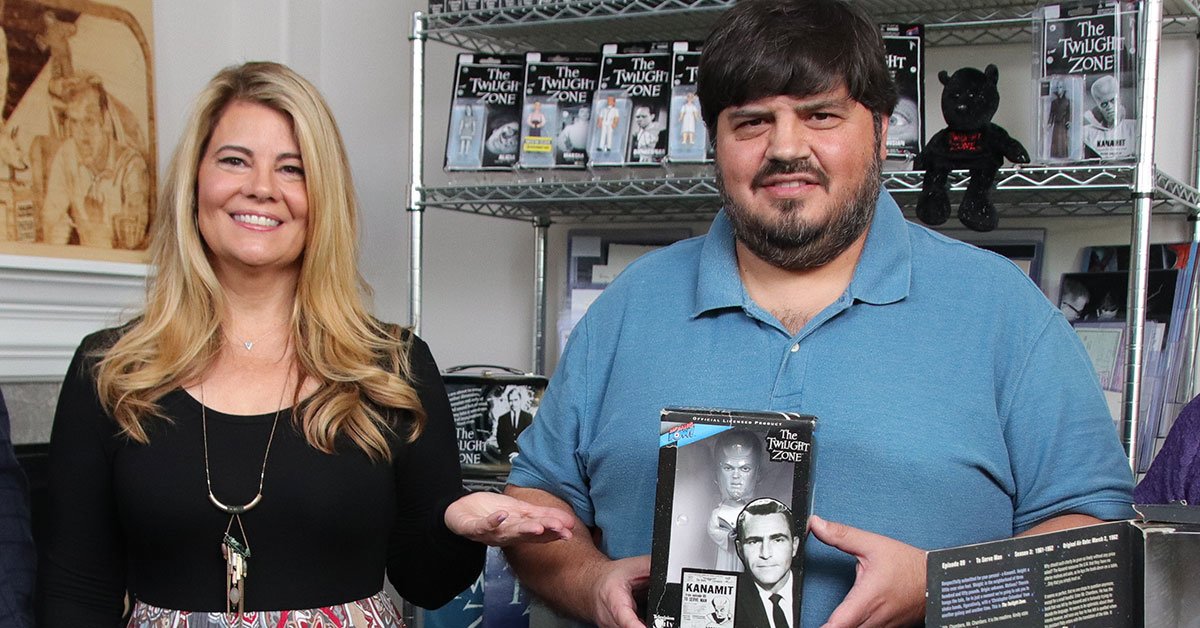 Take a tour of one eerie Twilight Zone collection.

Ed Montalvo is an engineer by day, wood-burning artist and The Twilight Zone collector by night. He has roughly 1,600 unique The Twilight Zone related items in his collection, including a script signed by the show’s creator, Rod Serling; props from the original The Twilight Zone series; and over 1,000 autographs of actors who appeared on the iconic show.

And in the end, Gabe, our expert, will try to trade away a unique The Twilight Zone–related item for one of Ed’s most frightening possessions. 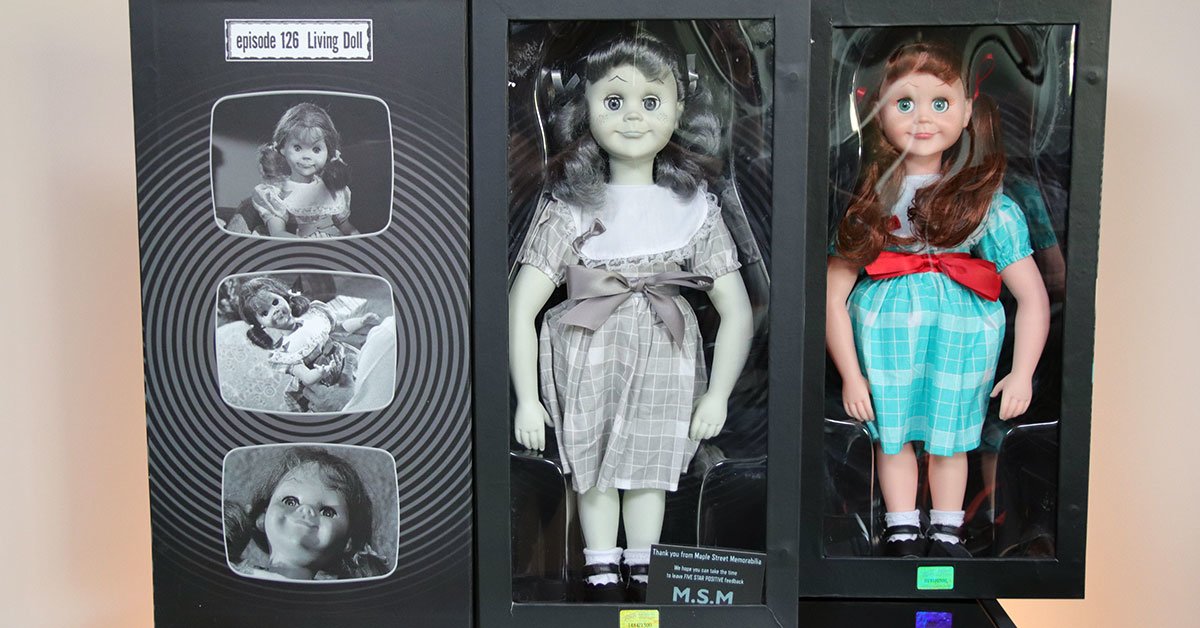 These replicas of the killer doll in "Living Doll" were made in limited quantity. Only 500 of the color were made, 1,500 of the black-and-white model. The actual doll used in the episode would be worth about $10,000. These are valued at $1,000. 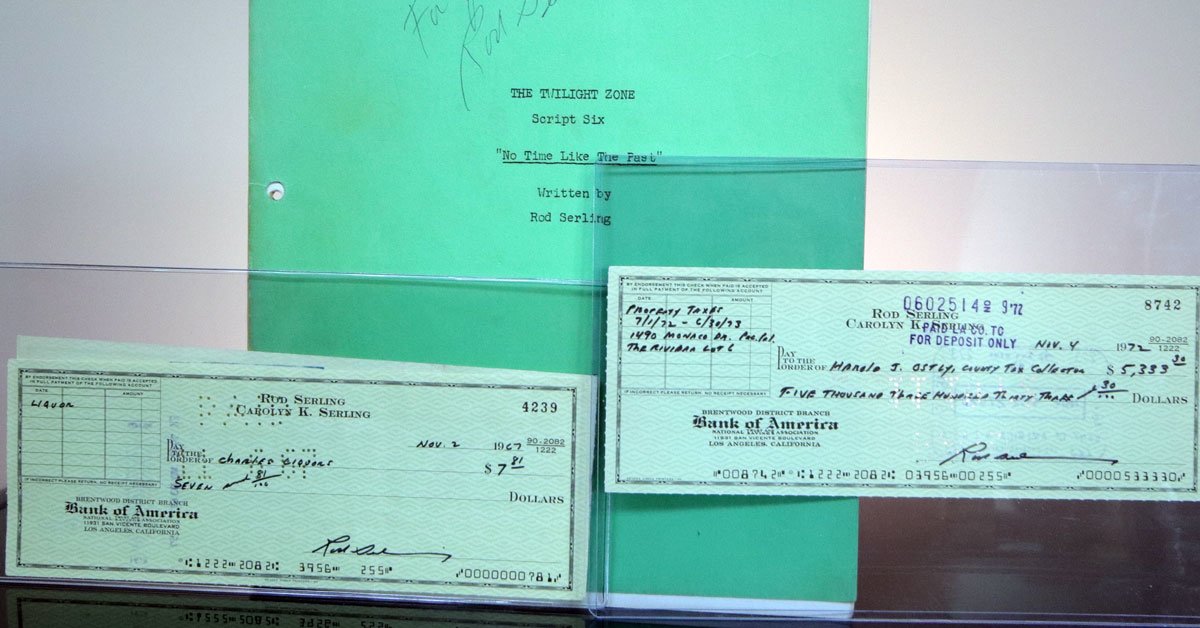 Ed has some signed personal checks of Rod Serling, one of the best ways to collect authenticated autographs. Note the one on the lower left, a $7.81 check written by the Twilight Zone creator for "Liquor."

Ed found this model plane in a thrift store. It happened to be missing an engine on the left wing — the same engine ripped apart by the gremlin in "Nightmare at 20,000 Feet." So, Ed had the plane signed by William Shatner, star of that classic episode, perhaps the best-known in the series. 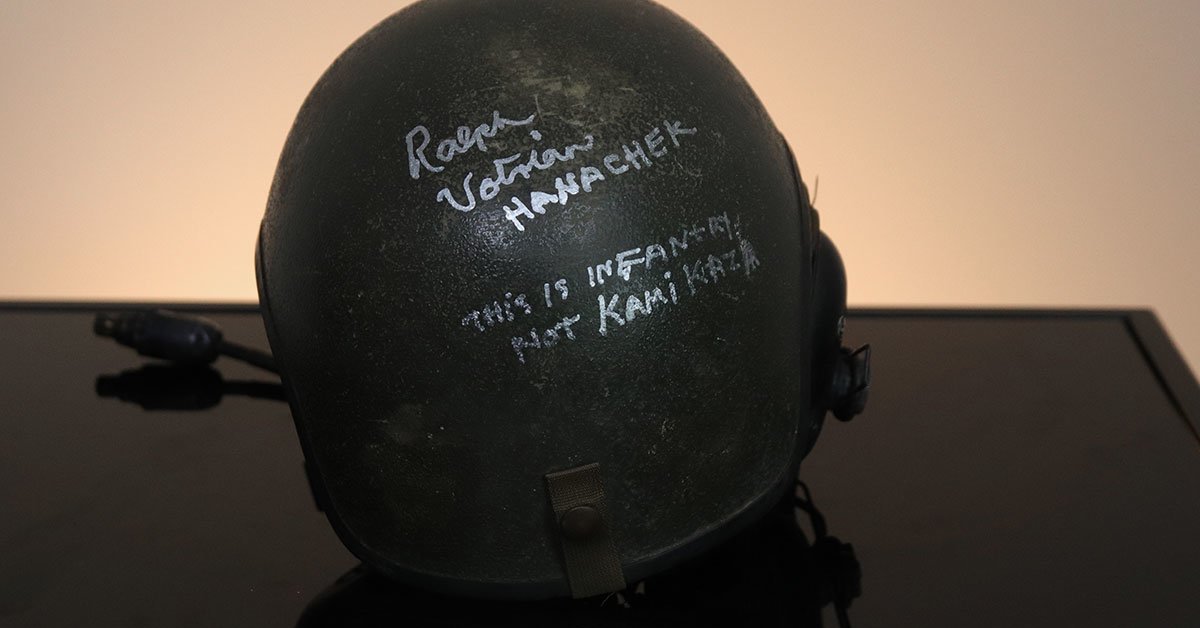 Ralph Votrian played Hanachek in "A Quality of Mercy," the World War II tale that also featured Leonard Nimoy. This is one of several helmets used in the episode, signed by Votrian with a little quote. 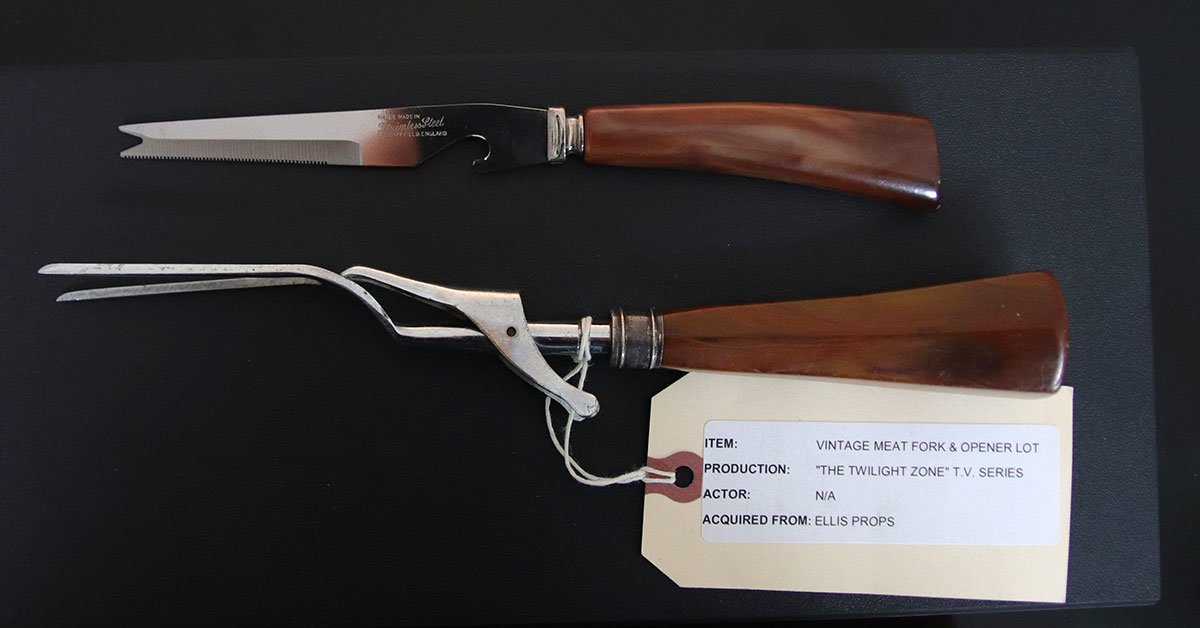 The episode "Shadow Play" centers around a man on death row, played by Dennis Weaver. A roast in an oven plays a key role in the plot, and this was the fork used to turn the meat in the episode. It is worth upwards of $900. 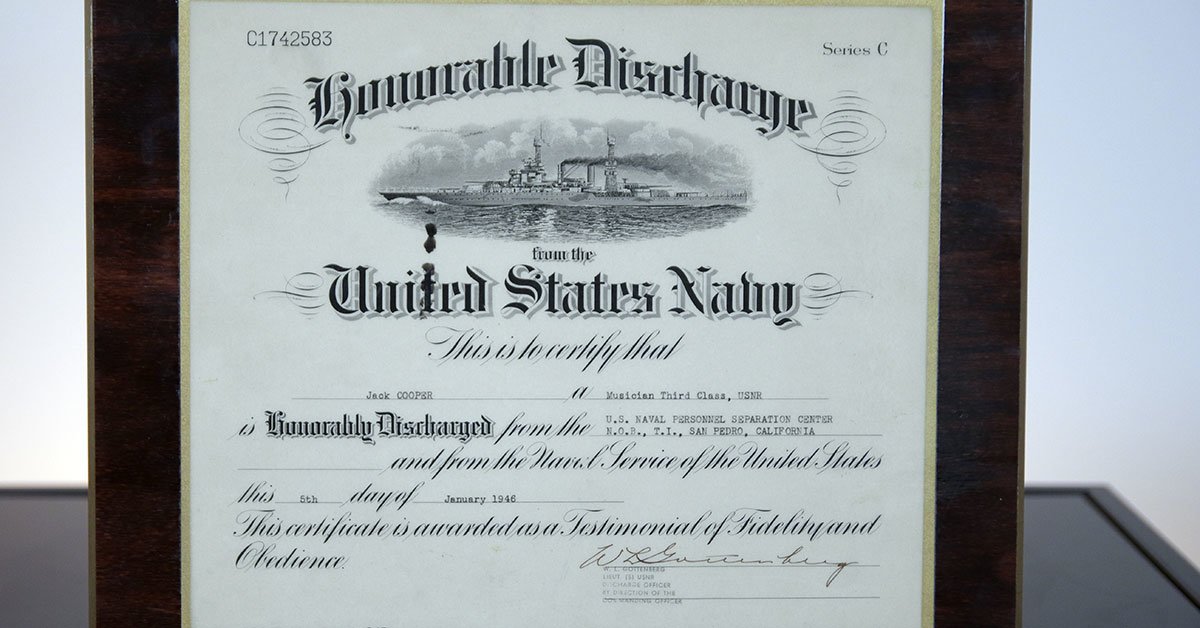 Ed is a big fan of Jackie Cooper, who starred in the episode "Caesar and Me." He has collected several documents from Cooper's life, including this, his naval discharge. 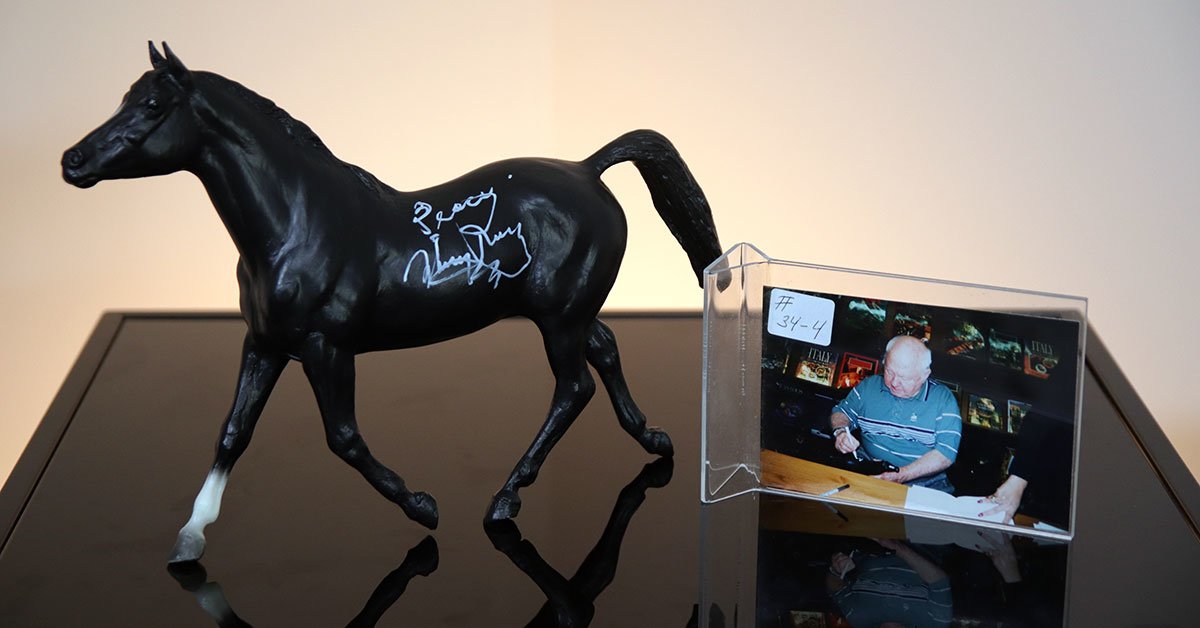 Appraiser Gabe Fajuri brought this horse signed by Mickey Rooney, the central character in the episode "The Last Night of a Jockey." Would Ed trade his ventriloquist dummy for this autograph? His sister sure hopes so. 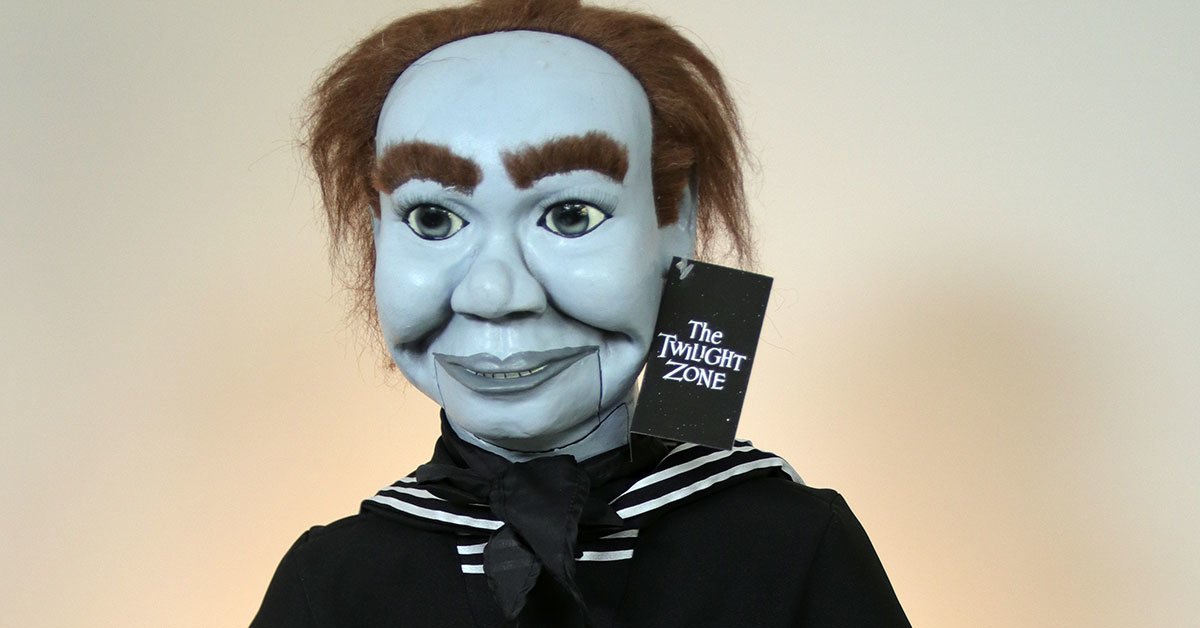 This ventriloquist doll is a replica of the titular subject of "The Dummy," a classic season-three episode of The Twilight Zone, and the dummy seen in "Caesar and Me." Rod Serling was big on recycling! 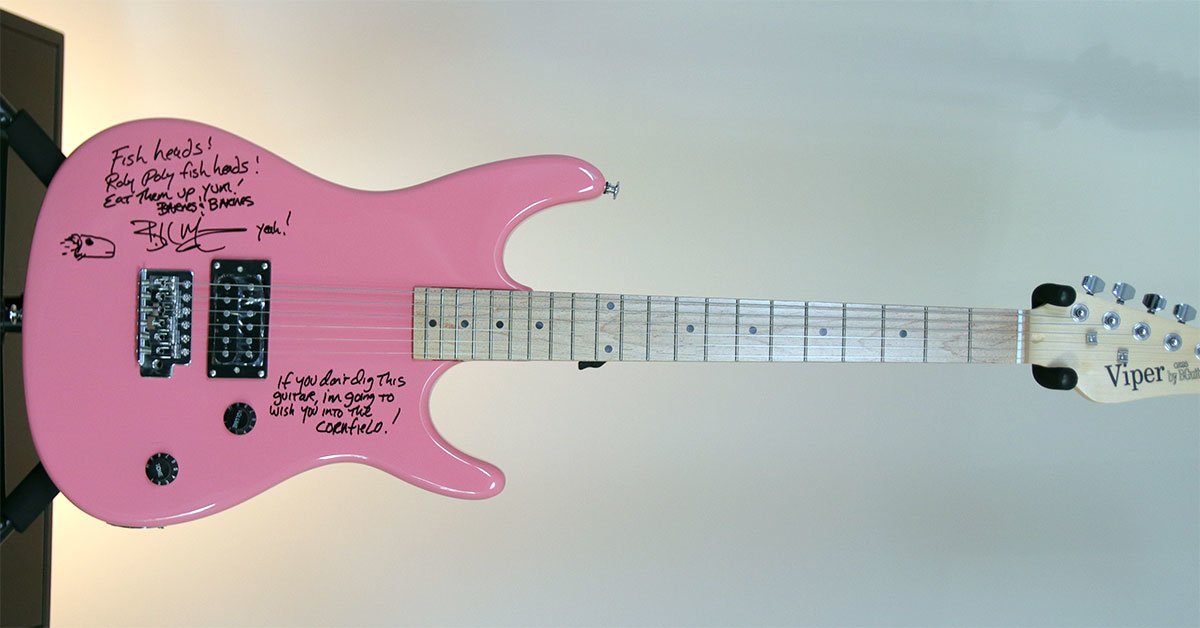 Bill Mumy, best known as Will Robinson on Lost in Space, also played the unforgettable kid in "It's a Good Life." He signed this pink guitar with a message alluding to his sinister character: "If you don't dig this guitar, I'm going to wish you into the cornfield!" 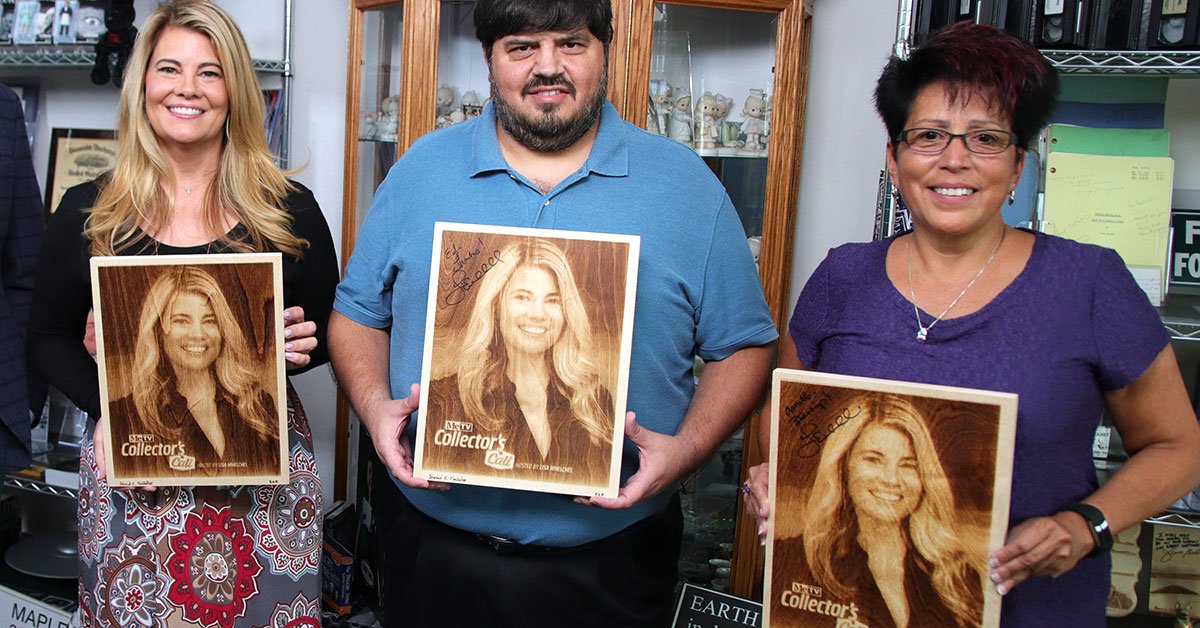 Ed Montalvo is not just a Twilight Zone collector; he is also a practitioner of pyrography. In other words, his hobby is the art of wood-burning. Ed made these Collector's Call portraits of Lisa!