Meet Eric Pfeifer: Inside the collection 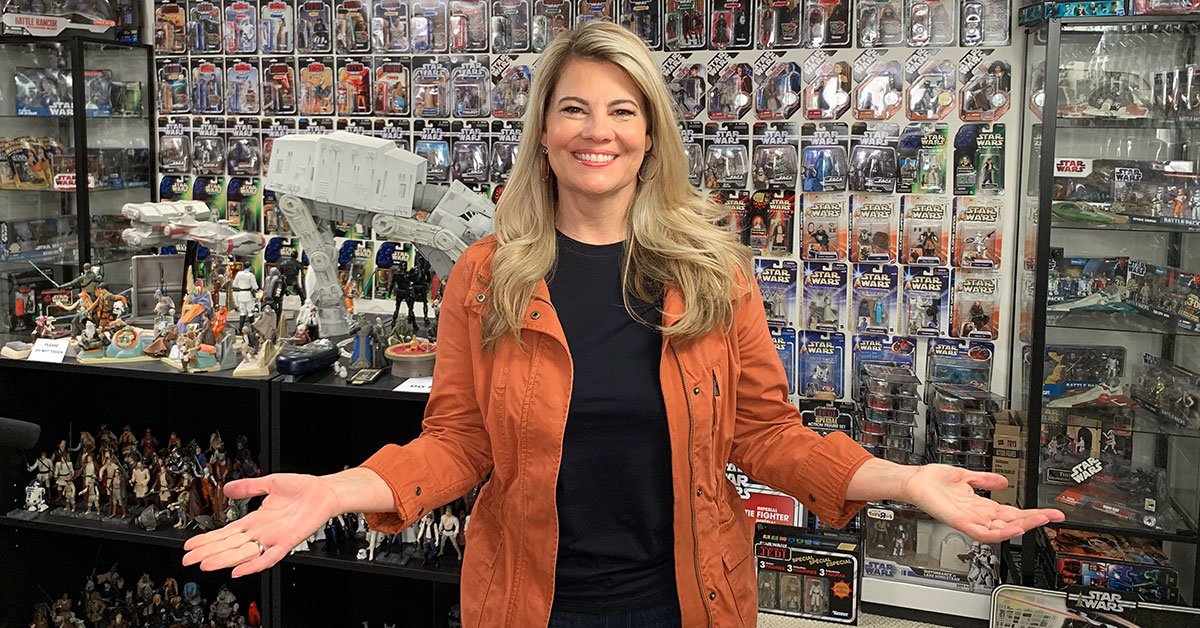 After his first viewing as a child, Eric Pfeifer began collecting everything related to Star Wars. Now his collection is so vast — covering both floors of his house as well as its basement — that he holds regular "Pfeifer-Cons," drawing people from near and far to come and view it.

Eric shares with Lisa some of the highlights of his collection, including a braid of Chewbacca's hair from the original movie, a swatch from Jabba the Hutt’s sail barge in Return Of The Jedi, Han Solo and Lando Calrissian action figures, and a billboard too massive to display anywhere but in Eric's backyard.

Eric is joined by his mom, Connie, who has nurtured his collection over the years. We also brought along Jimmy Mac, a podcaster and Star Wars collector who appraised Eric's collection — at $300,000! 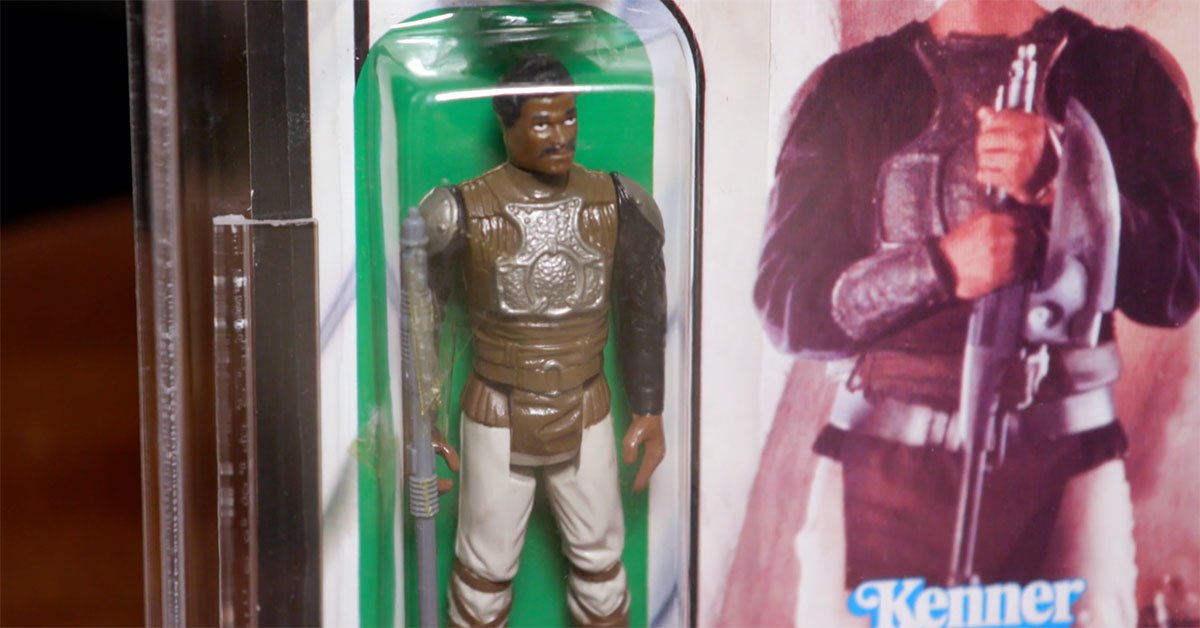 This figure from the early 1980s is in mint condition. Did you keep yours? 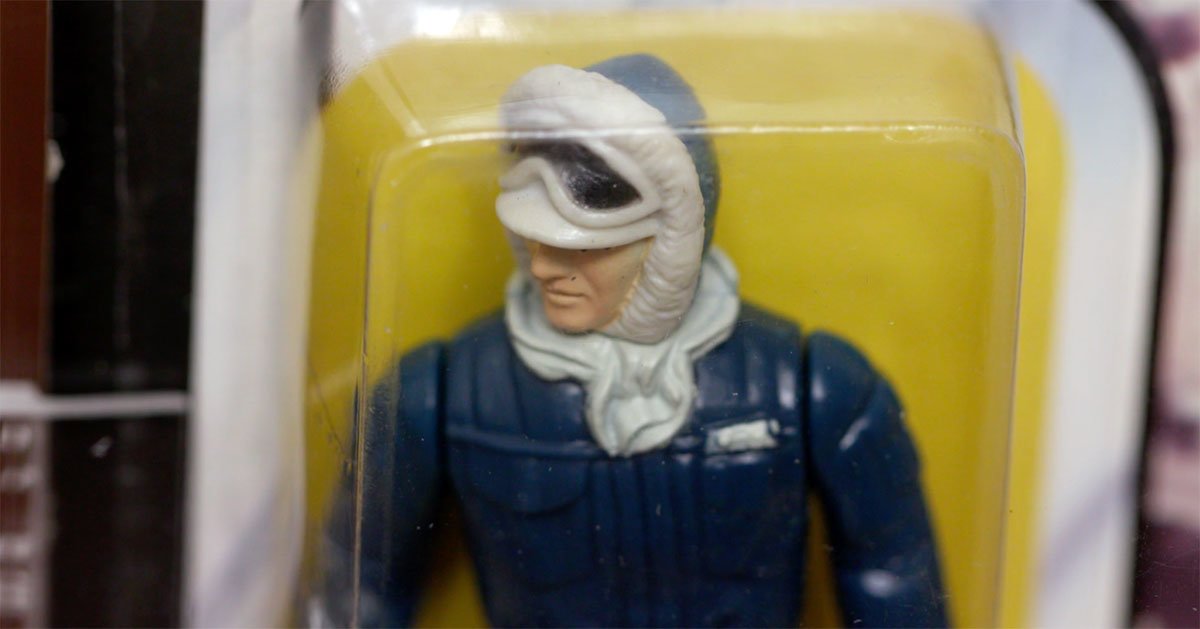 Another mint figure. Collectors rate these on a scale of 1–100, and these two are graded at 80 and 85. Look for the condition of the plastic bubble. A lack of dents and yellowing means greater value.

3. How to Grade a Mint Action Figure 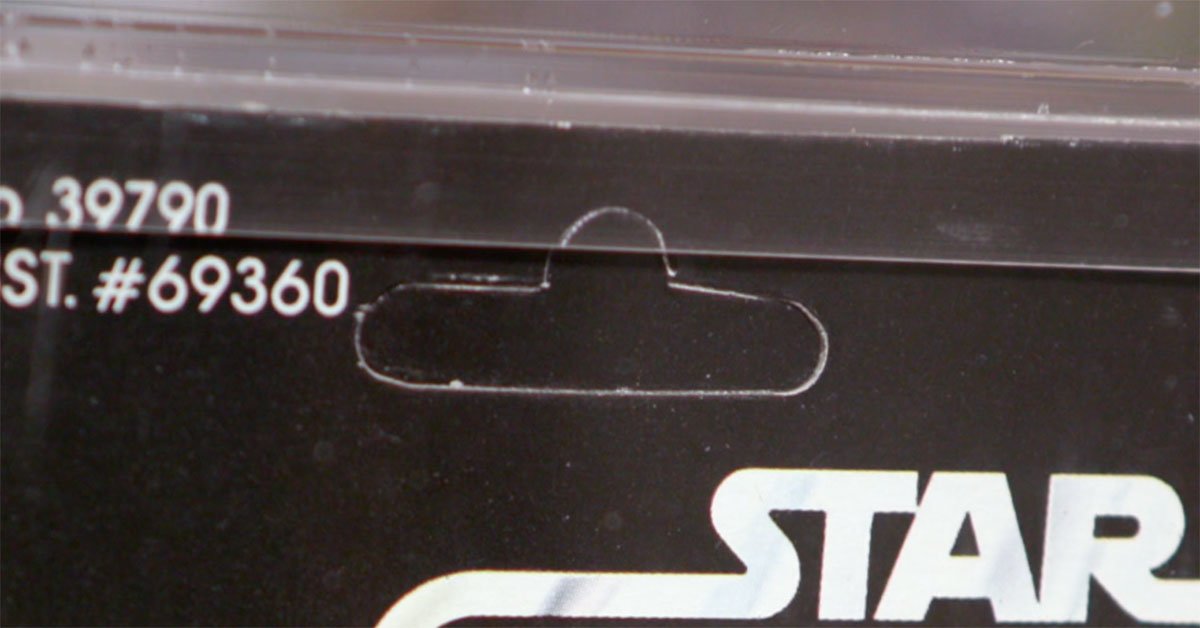 Want to know if a package is mint? Look for the hole punch used to hang the figures on display rods. A mint figure will have this tab unpunched and intact, as they are here. 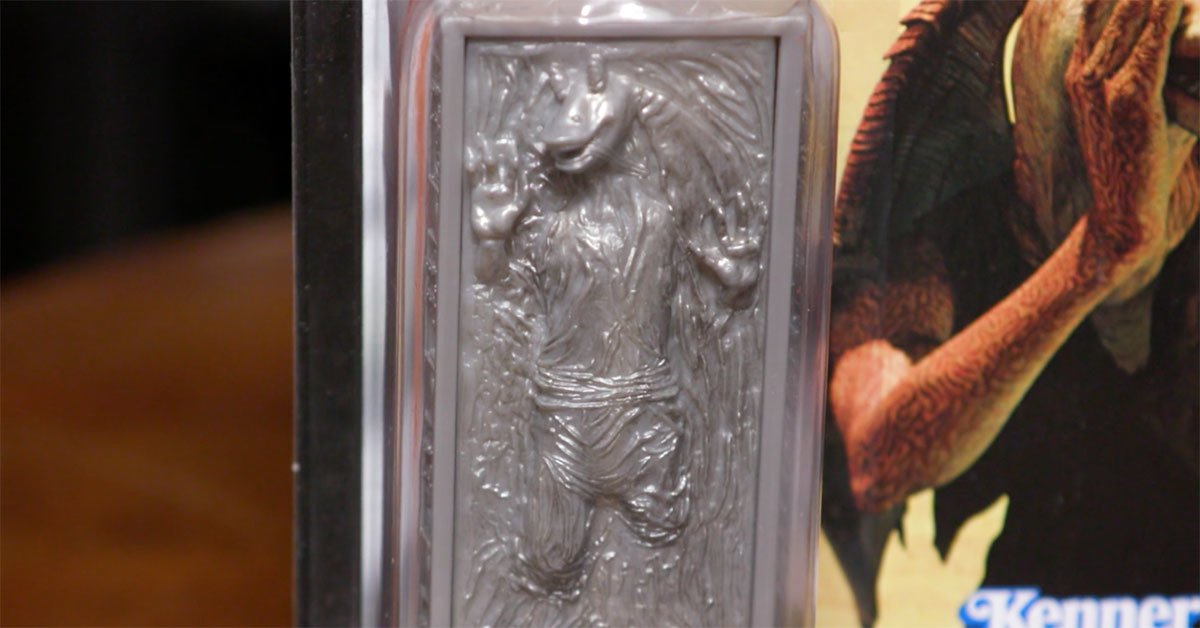 This figure was an exclusive to San Diego Comic Con 2012. It came hidden inside a larger package seen next… 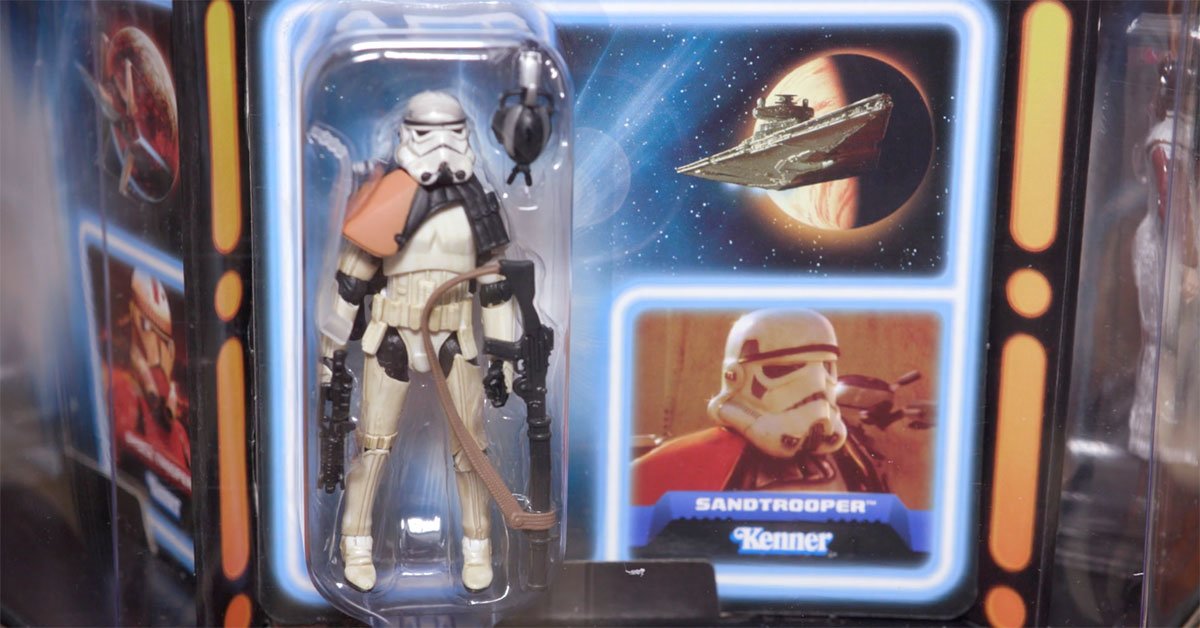 This hexagonal bundle featured a figure from Episodes I–VI… and the frozen Jar Jar Binks hidden away in the middle. 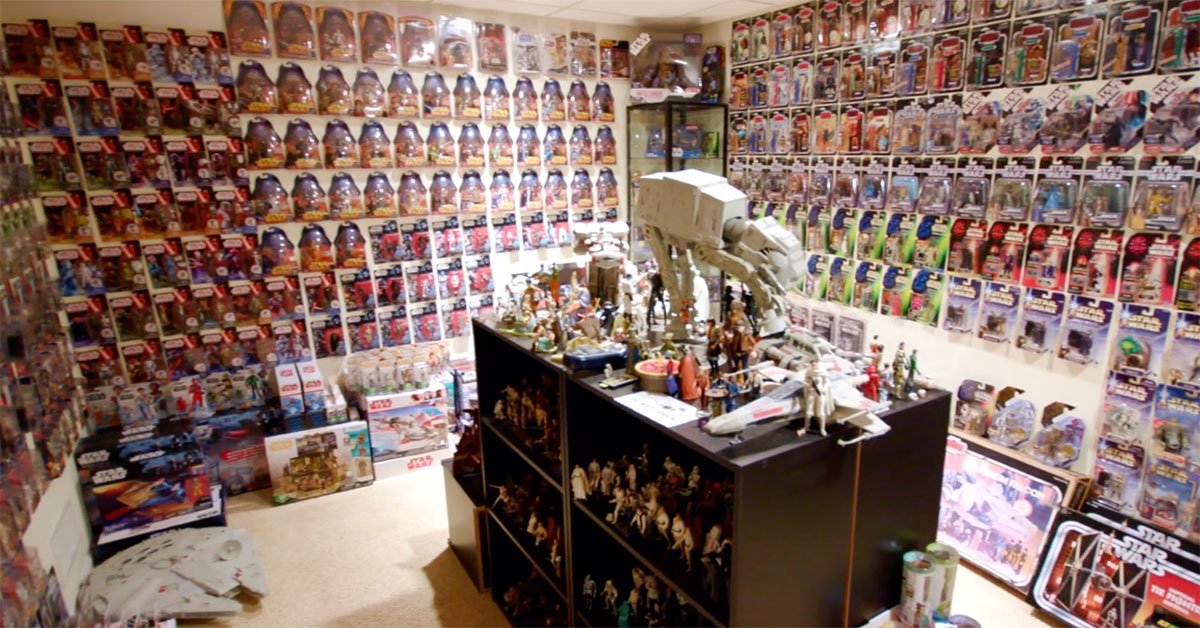 Eric's entire house is dedicated to his Star Wars collection, with themed rooms. Here is his Action Figure Room. 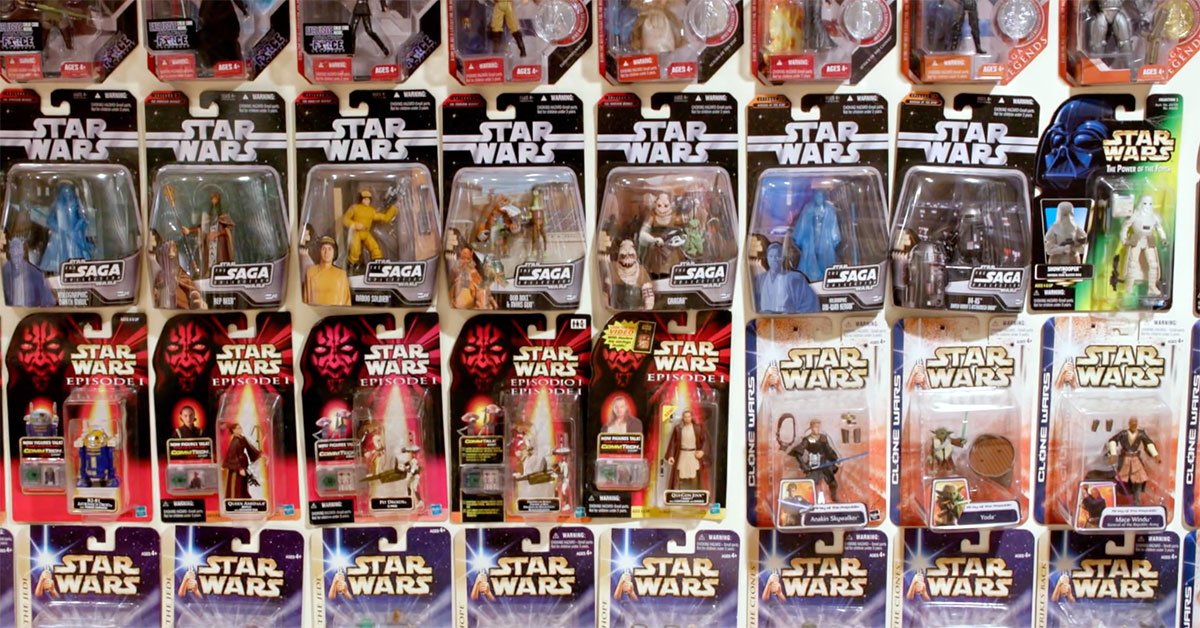 Hundreds of Star Wars figures cover the wall in the Action Figure Room. No leaning. 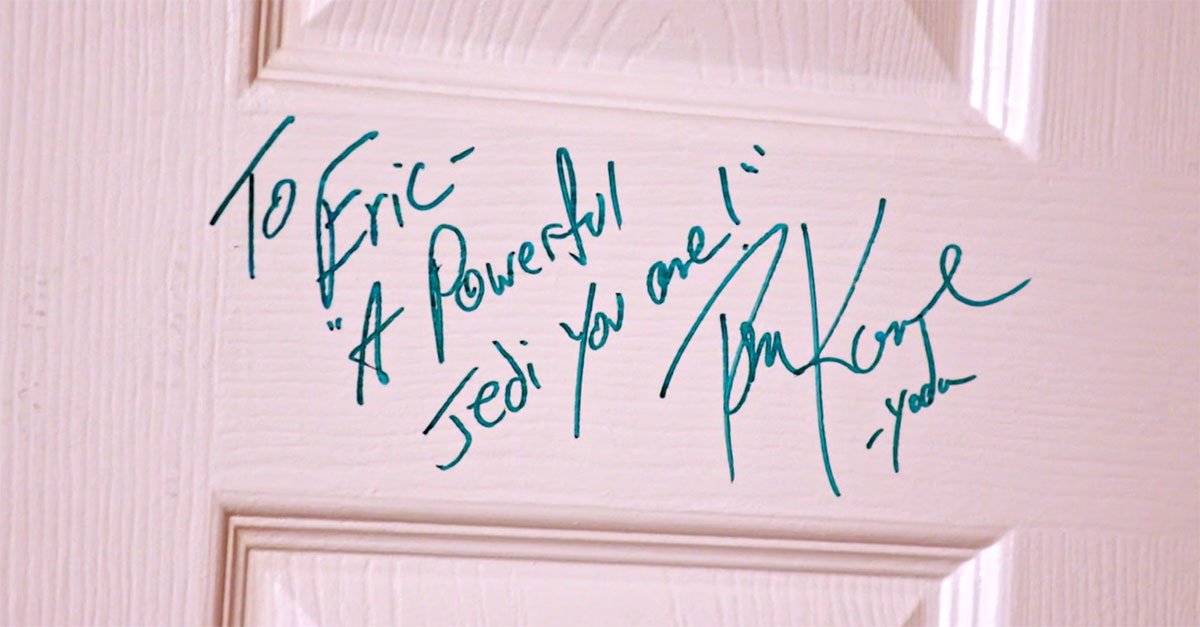 Eric also has an entire room dedicated to autographs. There are even autographs on the door.

9. Sail Barge Swatch from 'Return of the Jedi' 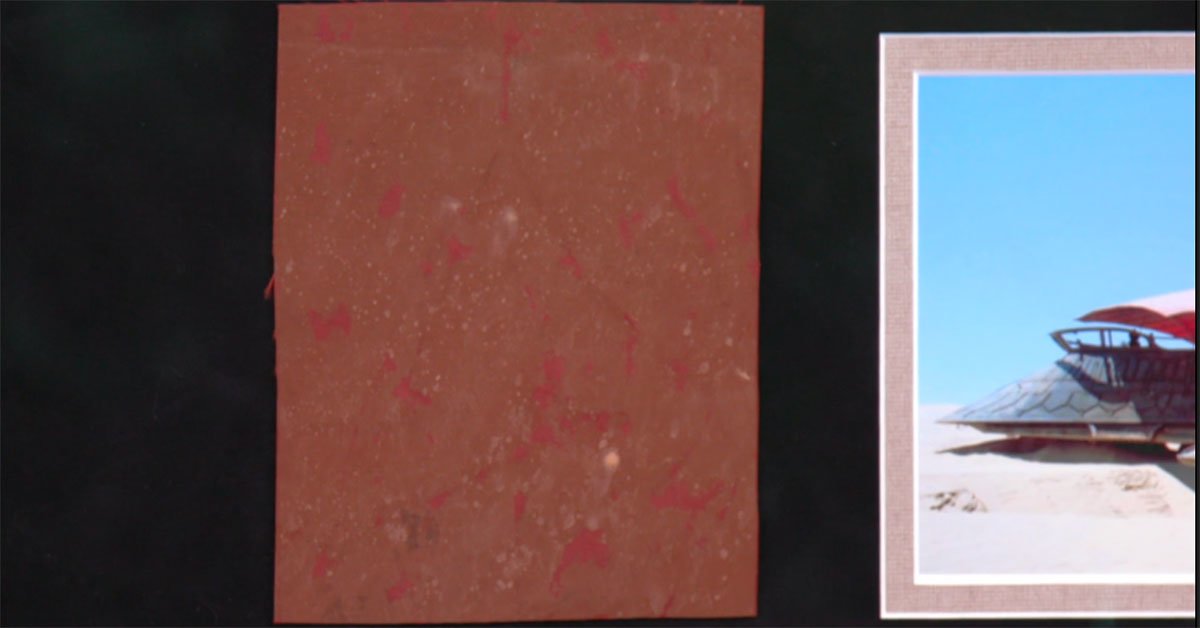 This is a scrap of fabric used to make the sails of Jabba's sail barge seen in the first act of Return of the Jedi. 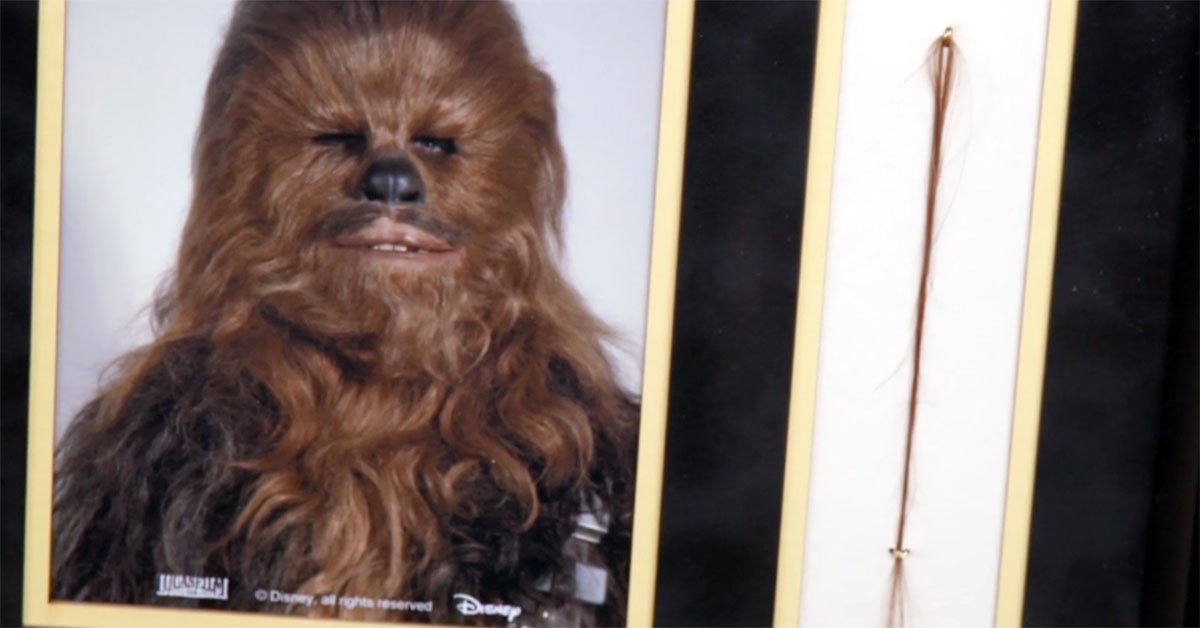 Makeup artist Stuart Freeborn would keep clumps of spare Chewbacca hair to touch up the Wookie costume in the original trilogy. This strand is one of those extras. 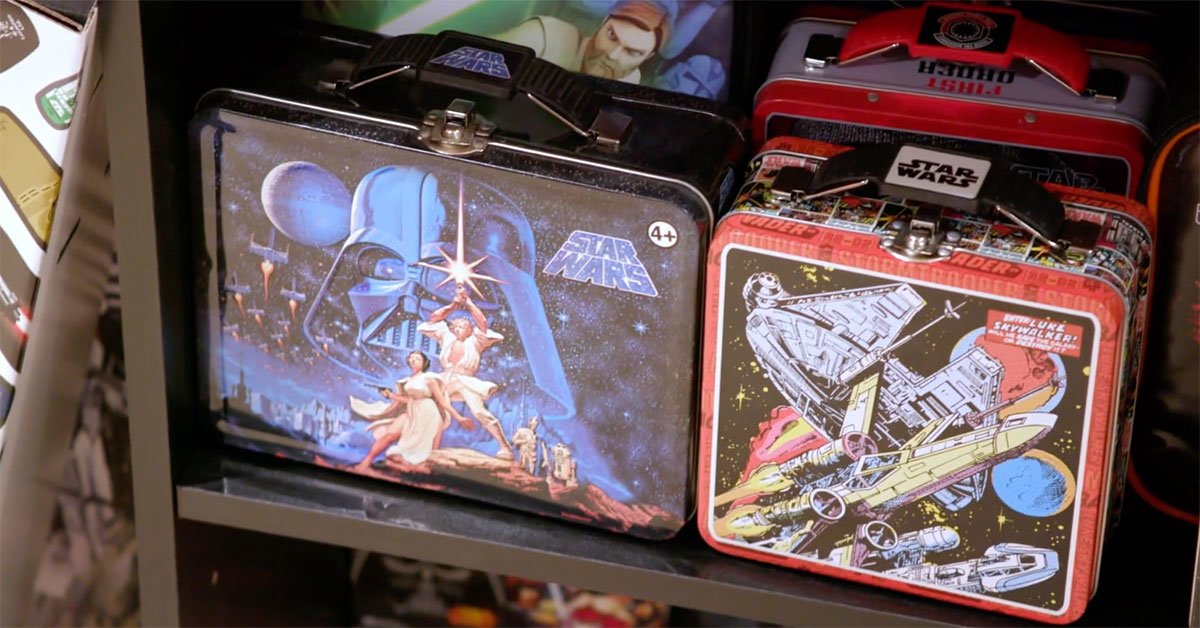 Which one did you have? 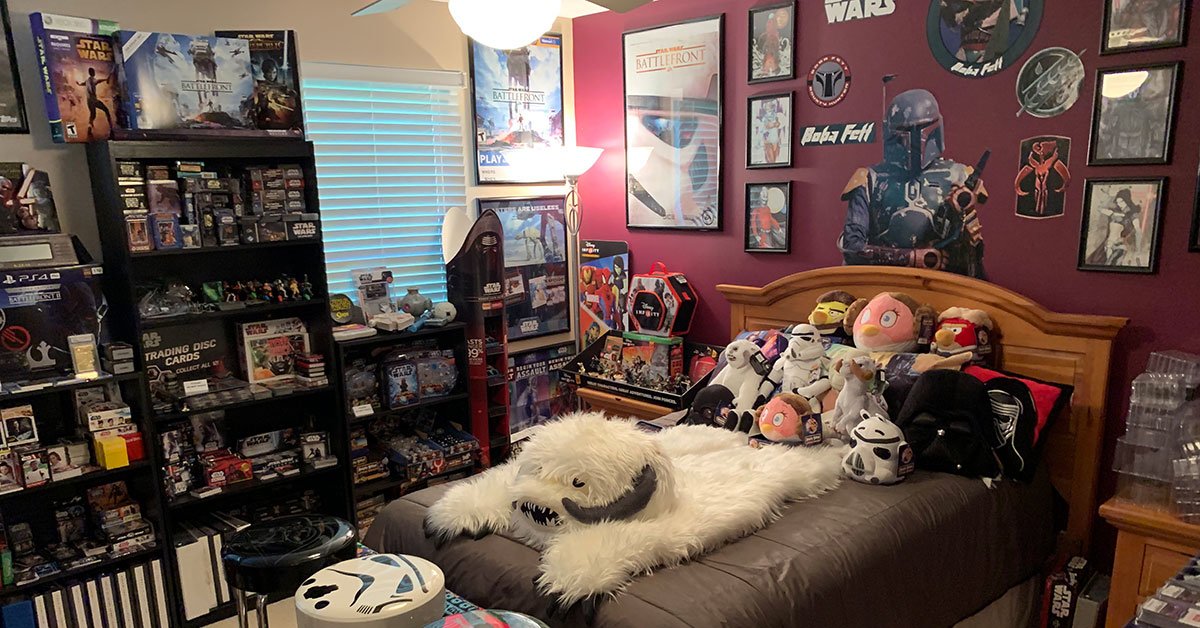 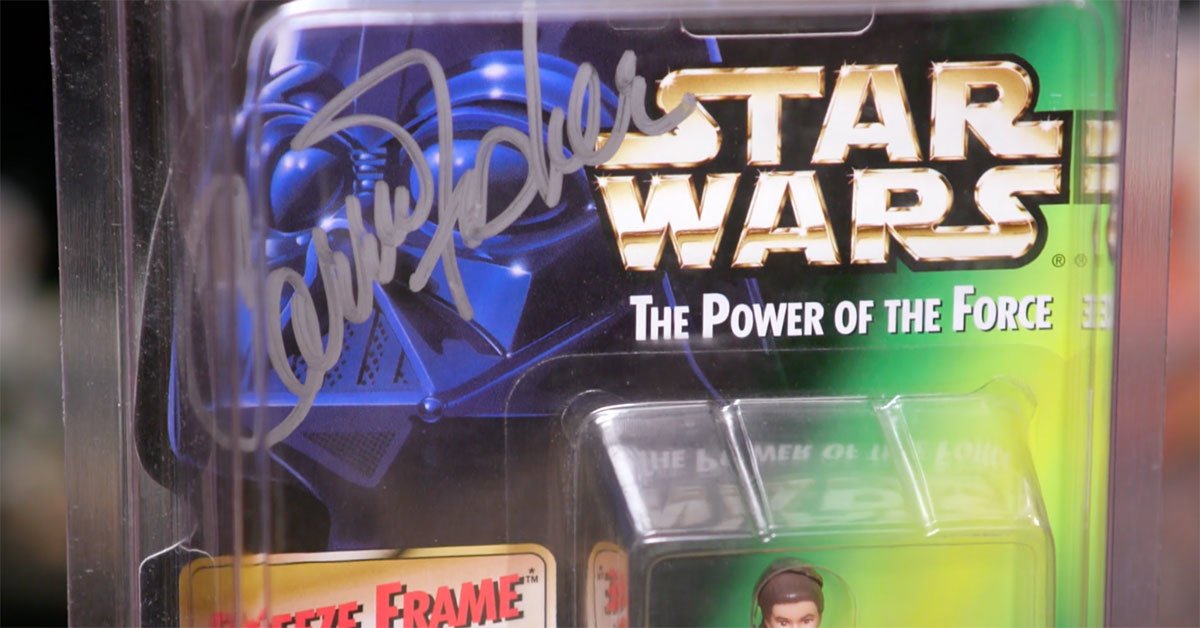 Eric has multiple signatures from the beloved Princess Leia star. 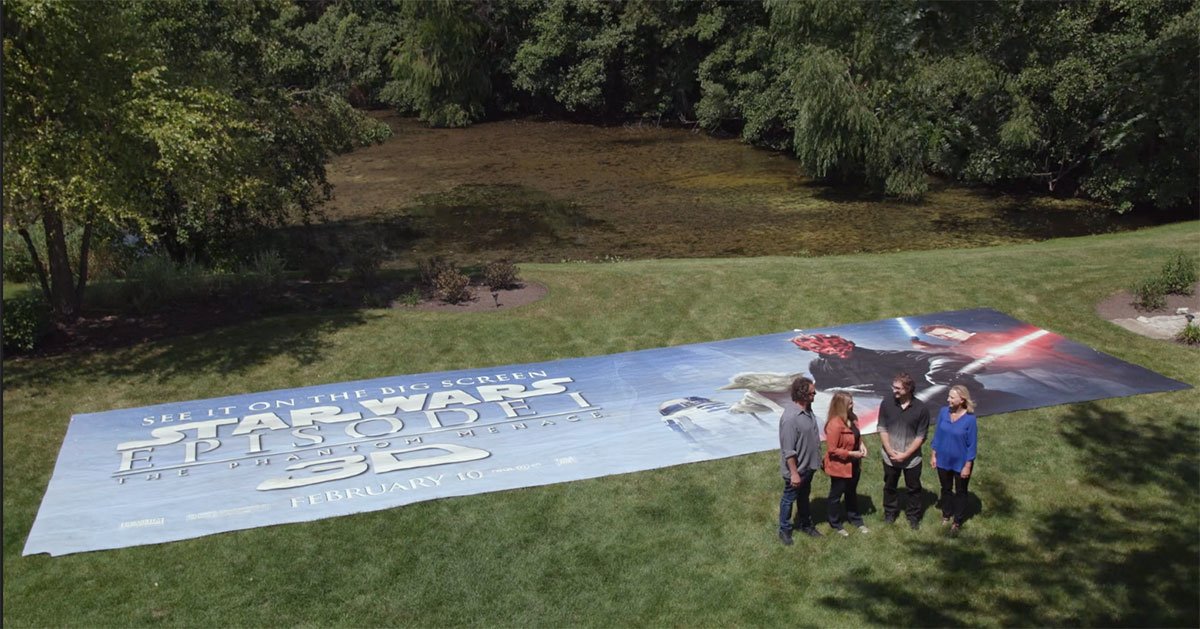 This massive display was used to promote the 3D re-release of The Phantom Menace. Good luck storing that!

Tags: Star WarsToys
Are you sure you want to delete this comment?
Close

Ednaam 32 months ago
Interesting and nice.
Like Reply Delete