Meet Mike Haviland: Inside the Collection 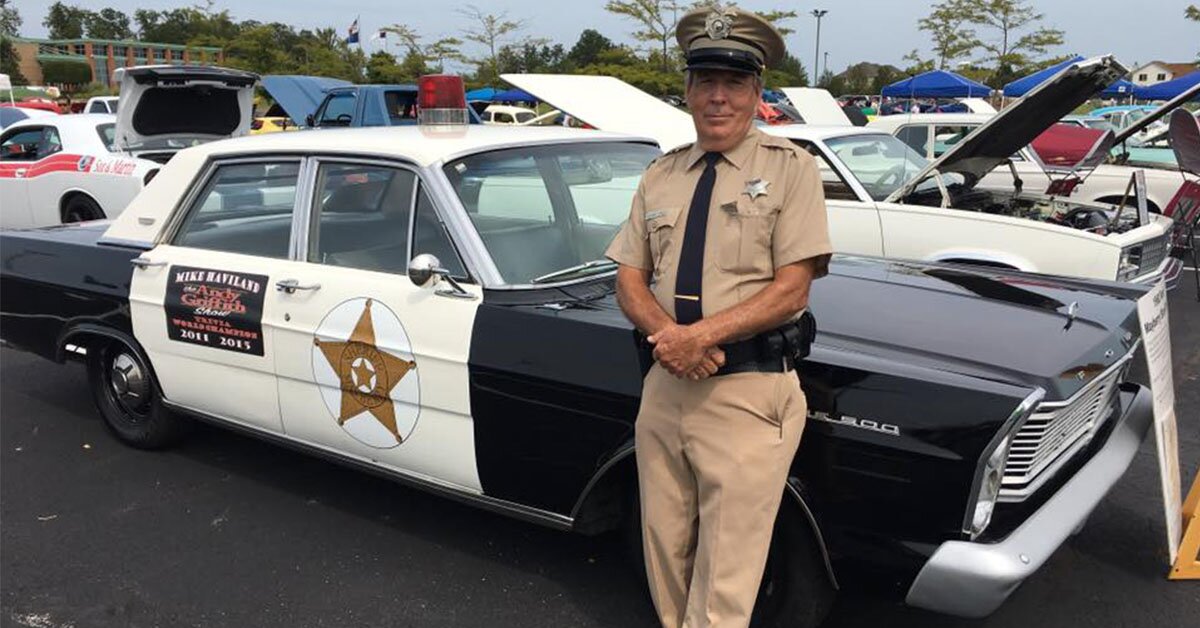 Check out this magnificent Mayberry collection!

Mike Haviland is the man of Mayberry with his impressive collection of The Andy Griffith Show memorabilia. From a replica 1964 patrol car to an autograph collection encompassing nearly the entire town of Mayberry, Mike’s collection of nearly 2000 items spans multiple rooms of his home. In addition to his impressive collection, Mike’s passion for the classic show has earned him the title of “Andy Griffith Show Trivia World Champion” - twice! Expert Rob Klein appraises Mike’s favorite pieces and also interjects his own personal stories from his childhood spent living across the street from Andy Griffith. Before Rob reveals a special trade opportunity, Lisa surprises Mike with a special message from someone close to classic TV’s favorite sheriff. 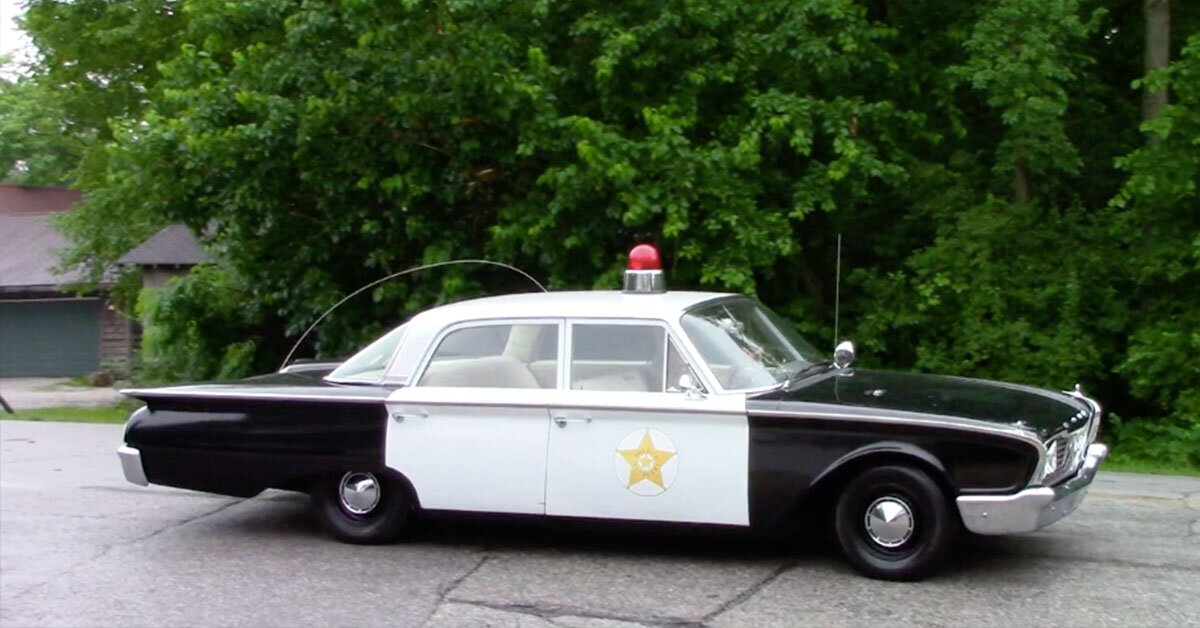 This 1960 Ford Fairlane is customized to look exactly like the cars on the show! Mike takes his car to Mayberry events where he competes in "squad car nationals" with other replica Mayberry cars. Challenges include making a U-turn with Gomer yelling "citizen's arrest!" 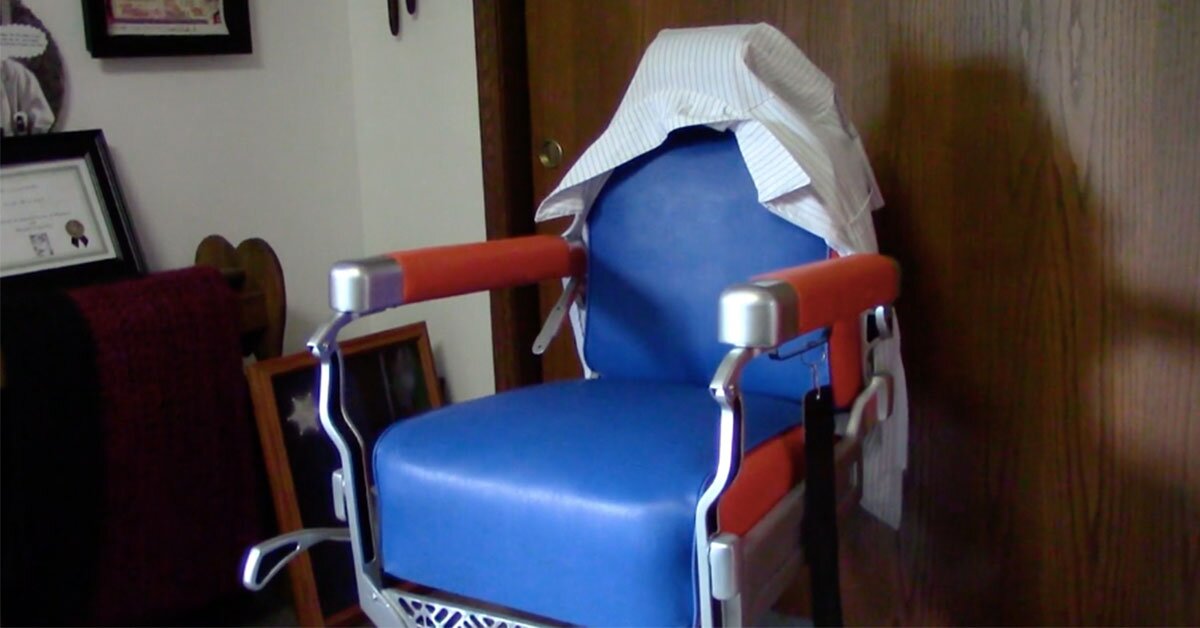 This 1940s vintage chair that Mike fixed up is only part of the Floyd's Barbershop setup that Mike has in his house! He used to have a sign in front, but he had to take it down when people kept asking him about the barbershop hours. 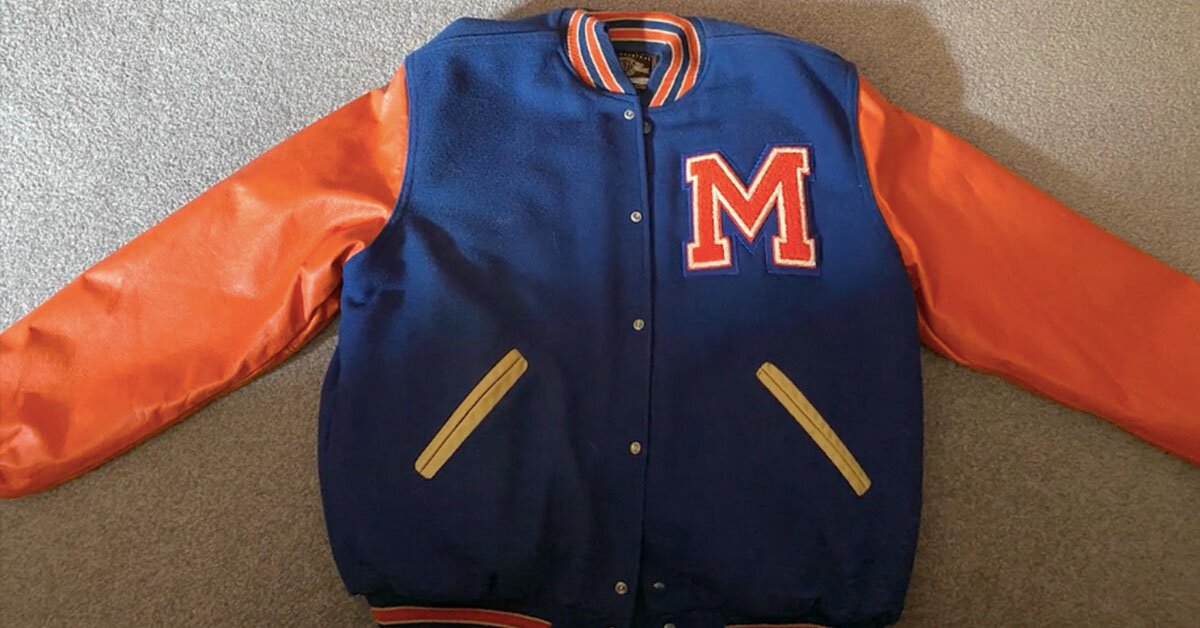 These jackets are very hard to come by, and Mike swiped this item at the very end of a silent auction for around $300. Our expert says it may be worth closer to $500! 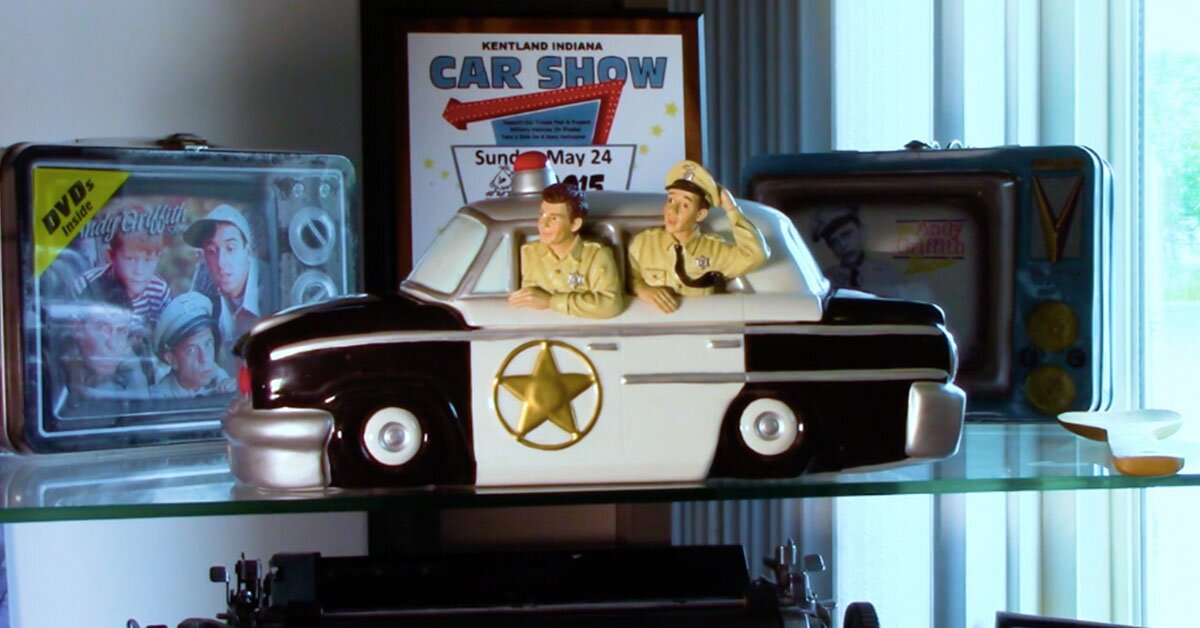 While Mike has a few Andy Griffith Show cookie jars, this is the rare one. Only 2,400 were ever made. The fact that there weren't many figures (like dolls or toys) made of the show means that this figural is even hotter in the collectors market. They can easily go for over $500. 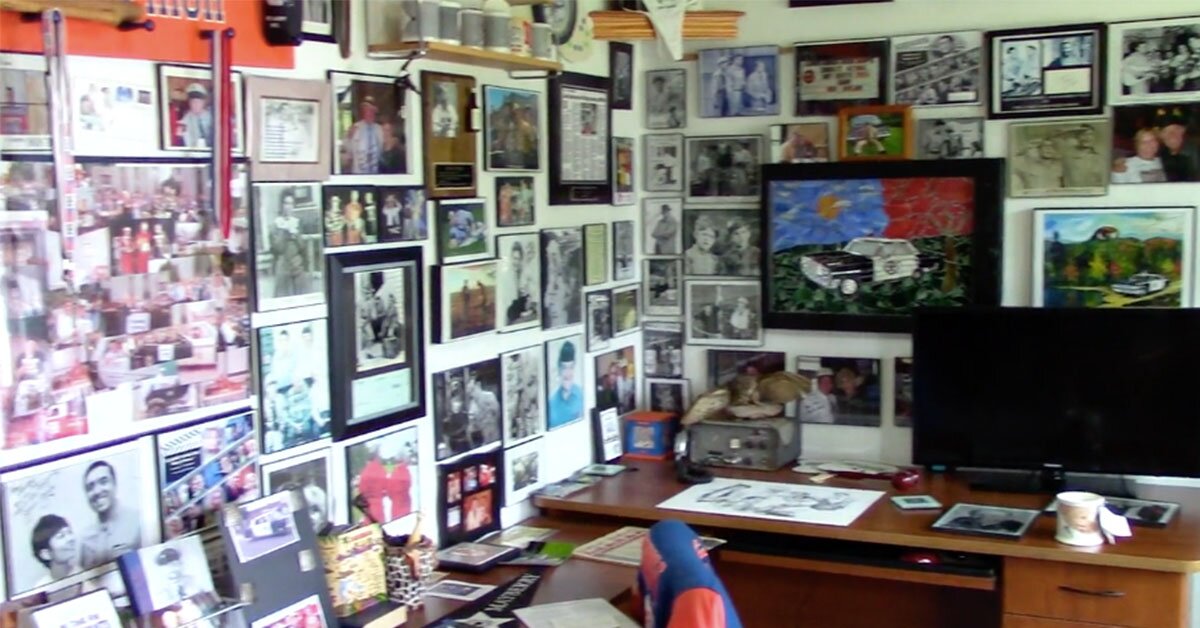 All four walls of Mike's back room is filled with autographs of various Mayberry residents. He even has Andy Griffith himself, a notoriously hard one to find, since Andy didn't like the look of his own signature so he didn't sign many autographs. The whole town of Mayberry may have signed somewhere in this room! 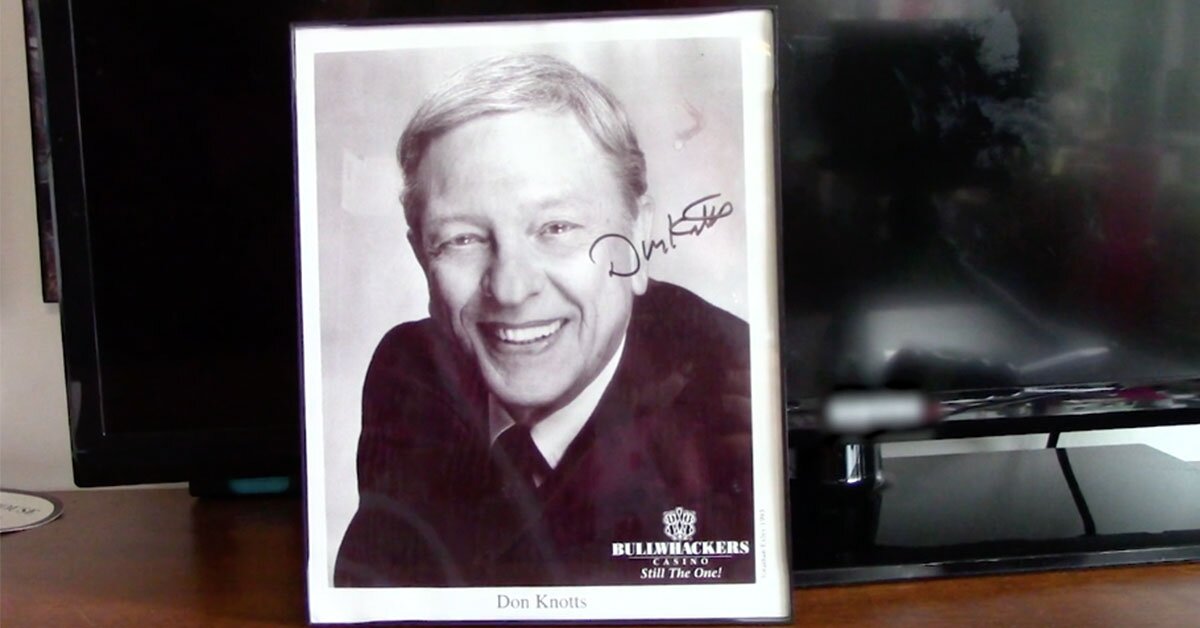 This autograph is special, though. Mike's father got this one! He met Don Knotts doing standup in Vegas in the 1970s and got this autograph. Twenty years later, he offered it to Mike! 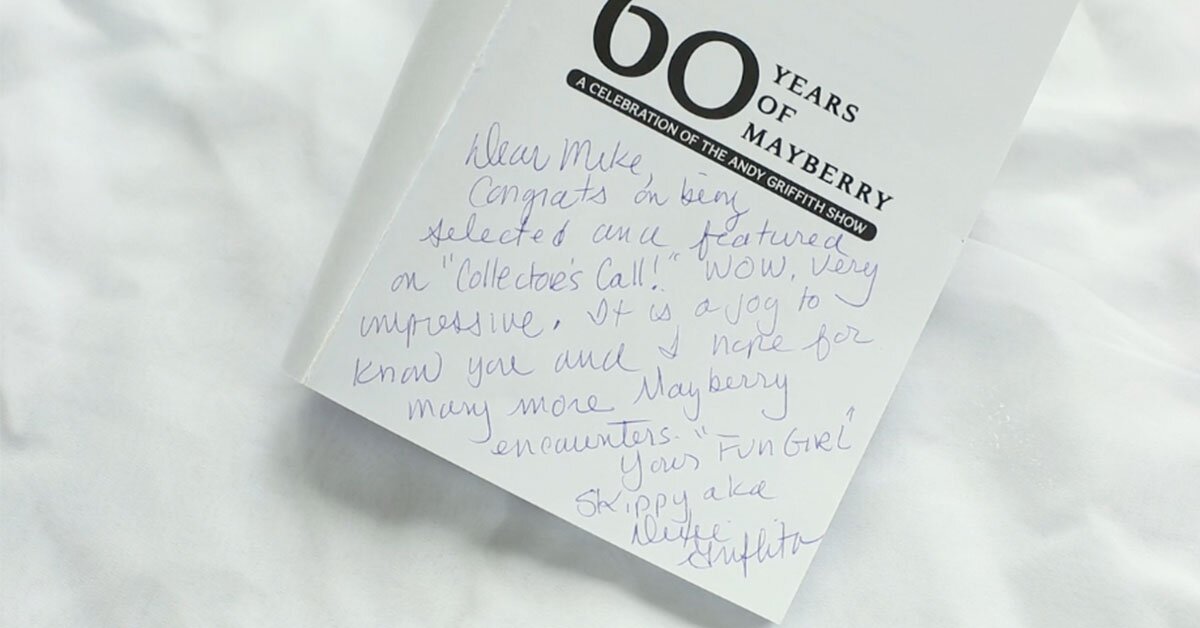 Dixie Griffith, Andy Griffith's daughter, made a surprise appearance on Collector's Call! She signed this copy of "60 Years of Mayberry" with a special message for Mike. 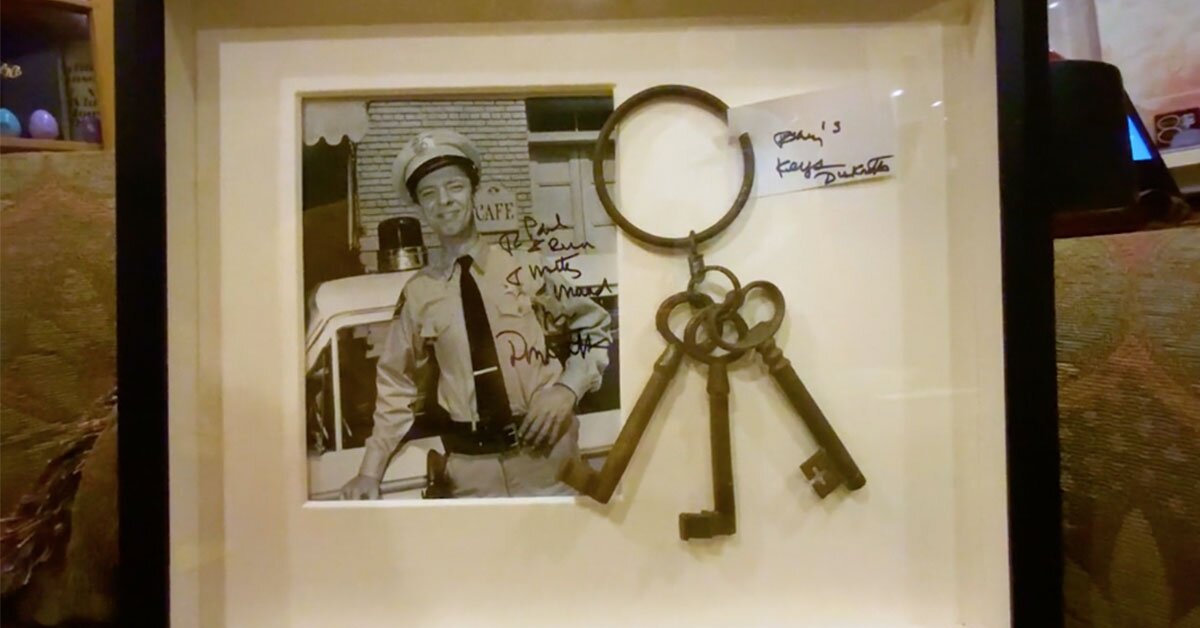 Our expert has brought this item to trade with Mike. These jail keys look authentic, and when a friend brought them to Don Knotts to see if they were real, he wrote on the back "now they're real". A tempting trade for any Mayberry collector!