Where To Watch Shop Store Contact
Home / Stories / 10 Hanks-tastic facts about 'Bosom Buddies'
Did you know?

Give thanks for Hanks. The sitcom celebrates its 37th anniversary. 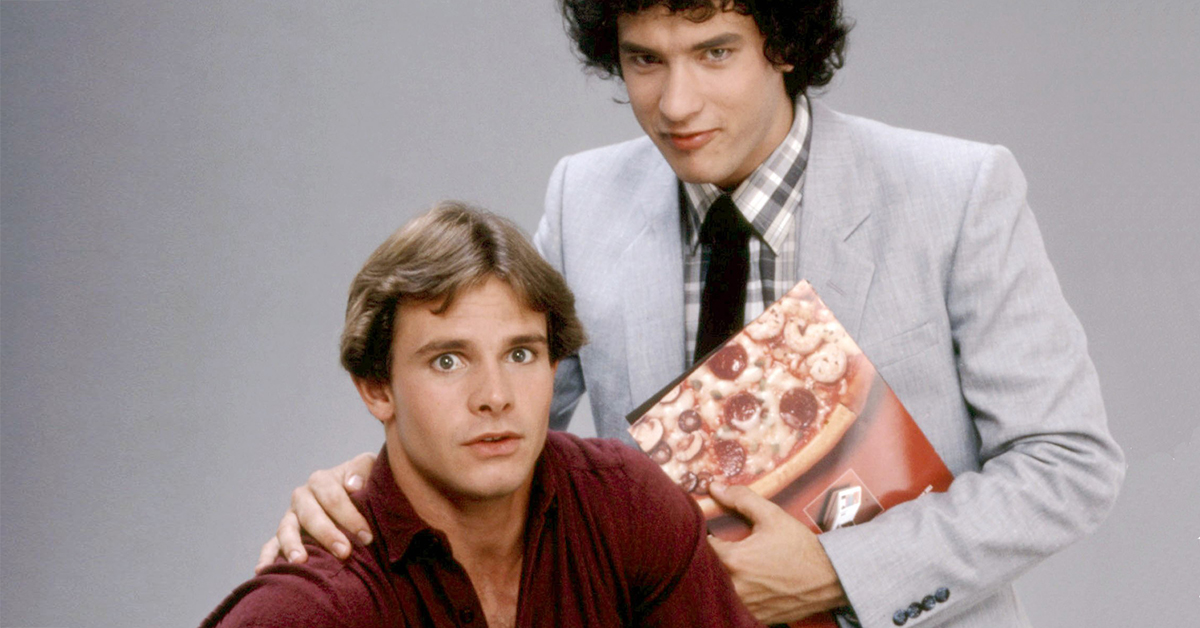 Tom Hanks is the most beloved actor of his generation.

Just think, without Bosom Buddies, we might have never known his brilliance. Hey, we all have to start somewhere.

The crossdressing comedy proved to be the actor's big break. Prior to the premiere on November 27, 1980, Hanks had one television credit on his resume, an appearance on The Love Boat a month earlier. Paired with Peter Scolari, Hanks turned a dicey premise into a beloved cult sitcom. The show was the product of Miller/Milkis/Boyett Productions, which was also responsible for Laverne & Shirley.

Let's take a look at some surprising facts about the series on its 37th anniversary.

1. The crossdressing concept was a bit of an accident. 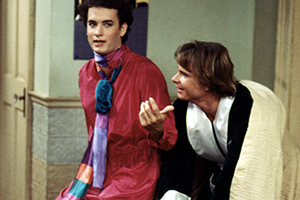 When Thomas Miller and Robert Boyett pitched the series to the network, the two envisioned it as a male spin on their hit Laverne & Shirley. In the meeting, the duo referenced Billy Wilder as an influence. The ABC suits asked what they meant by that. Miller and Boyett explained he was the man behind legendary comedies such as Some Like It Hot. The executives suddenly jumped on that idea, remembering Jack Lemmon and Tony Curtis in drag. Miller and Boyett went with the idea, even though it was not their original intention.

2. That is clearly not New York City in the credits.

Though the show took place in Manhattan, with the two leads working at the ad firm Livingston, Gentry & Mishkin, it was shot in Los Angeles, like most television. This was blatantly obvious from the opening credits, which had Hanks and Scoleri splashing through puddles past palm trees.

3. The main characters are named for two bars in Berkeley, California. 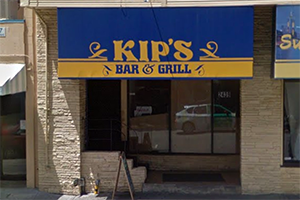 While that salary was certainly nothing to sniff at in 1980, it is a bargain bin rate considering he's reportedly getting about $15,000,000 for the upcoming Toy Story 4.

5. Hanks met Rita Wilson on the set of the series. 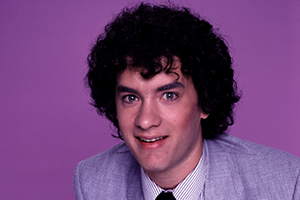 The star met his second wife when she appeared in the episode "All You Need Is Love." However, it was not the first time he laid eyes on her. He recalled developing a crush on her when she popped up as a cheerleader a decade earlier on The Brady Bunch. "I was actually at a friend of mine’s house when it aired and I remember thinking, 'That girl’s cute,'" he admitted years later.

6. Bob Saget was the warm-up comic before the tapings. 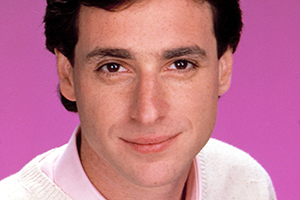 The budding comic and future Full House star warmed up the audience before the cameras rolled. The show also gave the comedian his first screen credit, when he played "Bob the Comic" in the 1981 episode "The Show Must Go On."

7. It was filmed on the same stage as 'The Lucy Show' and 'Cheers.' 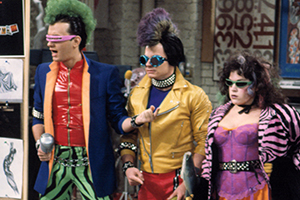 The production's base on Stage 25 at Paramount Pictures was also the home of The Lucy Show, Cheers and Frasier. 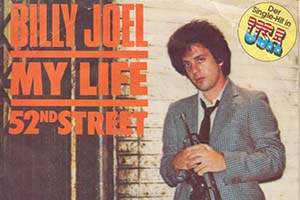 When it originally aired, Billy Joel's "My Life" served as the opening theme. Though it was singer Gary Bennett belting the tune, not the famous piano man. An urban legend arose that it was Hanks himself singing the song. Alas, not true. Though Hanks did eventually sing the tune in an episode of 30 Rock. When the show went to syndication, the Joel hit was replaced by Stephanie Mills' "Shake Me Loose," to save on those licensing fees.

9. The reruns aired on a different network. 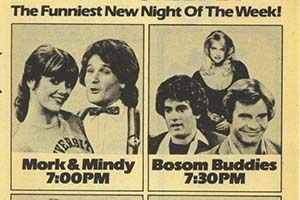 After ABC canceled the series, Hanks became an overnight Hollywood star thanks to Splash. Hoping to ride on his fame, NBC purchased Bosom Buddies for reruns in the summer of 1984, and even hoped to revive the series. However, Hanks was already too big for the small screen. 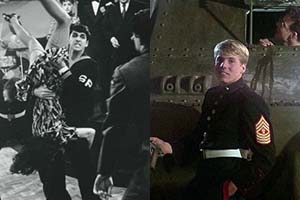 Hanks and Scoleri were not the first actors in mind. The producers originally envisioned Bobby DiCicco and Perry Lang in the roles of Kip and Henry, respectively. The two had both appeared in the WWII comedy 1941, seen here. 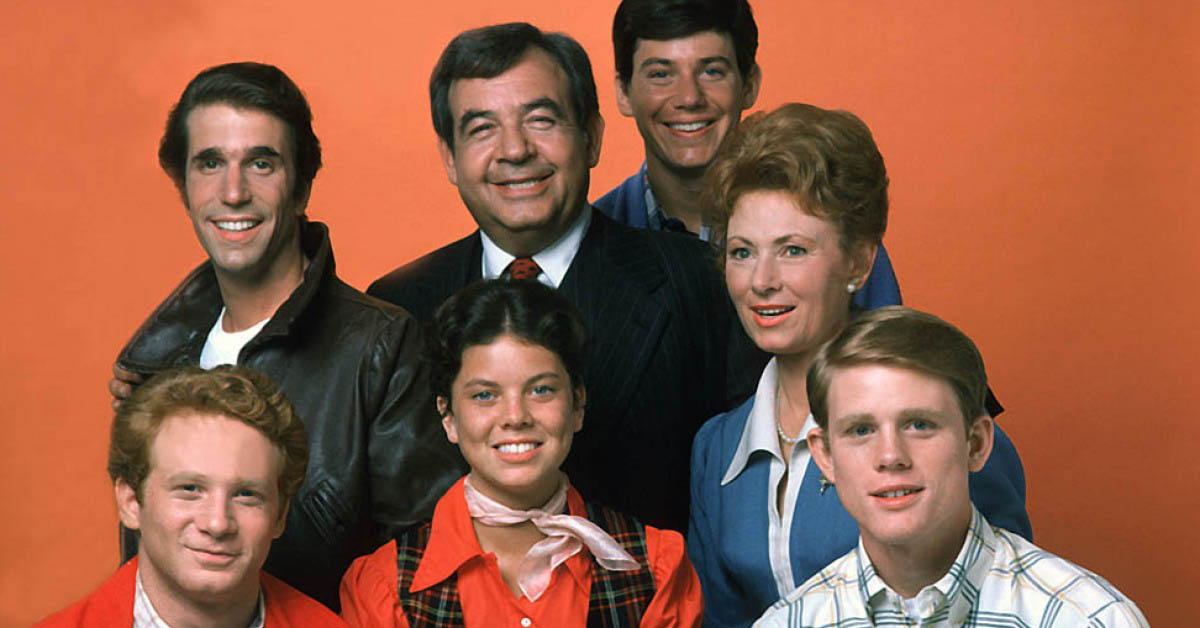