These classic sitcoms cooked up extra-special treats for Turkey Days past. 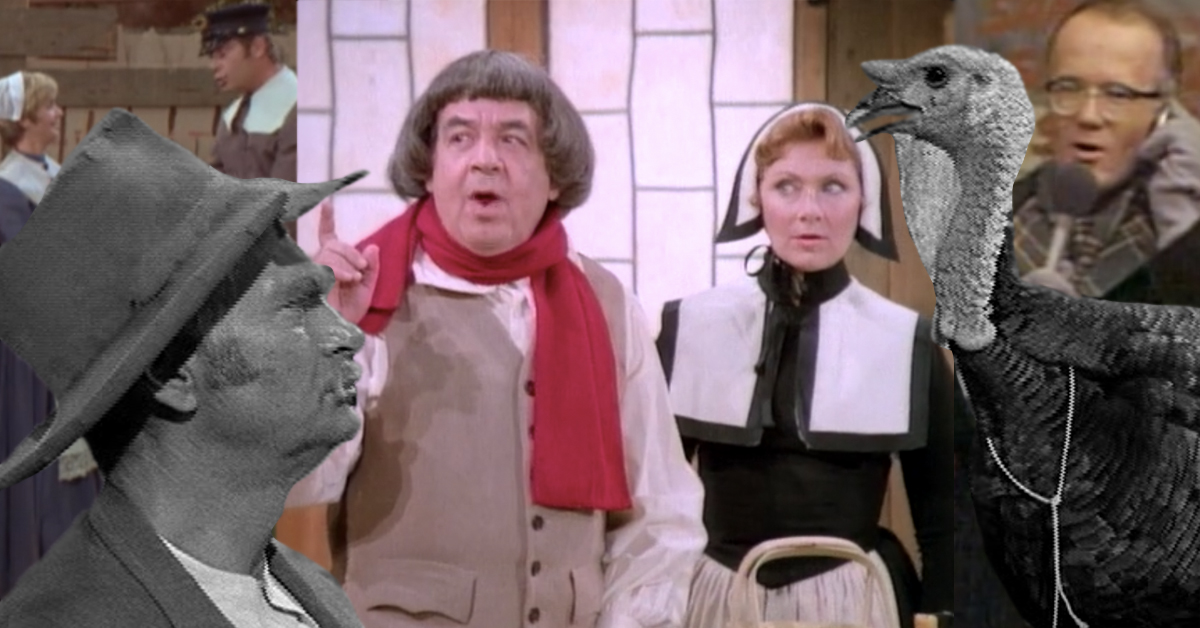 The Thanksgiving episode has been a time-honored tradition since before TV, when special radio broadcasts would share heartwarming Turkey Day stories in the 1940s. From there, early sitcoms in the 1950s picked up where radio left off, airing episodes that explored the inevitable zaniness of gathering your whole family around one dinner table. 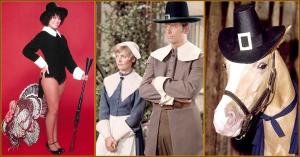 Because of these special episodes, viewers have been welcomed to Thanksgiving tables of classic sitcom families for decades. Here, we've gone through the best Thanksgiving episodes we could find on classic sitcoms from the 1950s, '60s and '70s, and pulled a selection of the very best to share with you.

Remember when Mrs. C made everyone miss the big game because she worried the spirit of Thanksgiving had been lost on her Happy Days family? Or when Elly May dared to bring a memorable first date to her family table in the very first season of The Beverly Hillbillies? Sit back and go back, as we count down 10 classic Thanksgiving episodes that were done just right. 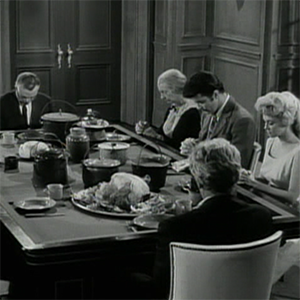 The Beverly Hillbillies trotted out the turkey in their very first season with "Elly's First Date." As Granny and Jed get the Thanksgiving feast prepared in the background, Elly gets set up for her first date at 17. And lucky Elly, that date is with Sonny Drysdale, the stuck-up son of Margaret Drysdale who is more interested in turning Elly May into his notion of an ideal woman. The attempted romance ends up putting the Drysdales and the Clampetts at one big hilarious table. 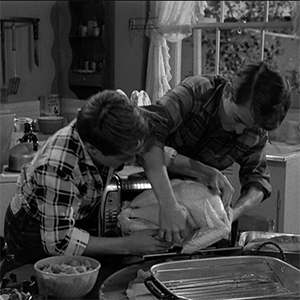 It's Thanksgiving Day on My Three Sons, but there's only one problem: The stove is broken. Oh no! They check the restaurants, but everybody's all booked up, and it's beginning to look like the Douglas family will go without turkey this particular year. Chip saves the day when he makes friends with a Native American man who is able to turn the situation around by teaching the boys how to cook a turkey in the great outdoors. 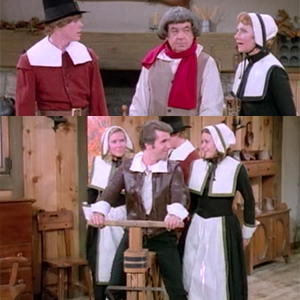 It's Marion Cunningham vs. the NFL in this funny later episode of Happy Days that finds everybody dressed in pilgrim garb on the holiday. Fonzie even shows up on an ancient-looking wooden "motorcycle!" That's because Mrs. C believes the boys have lost the spirit of Thanksgiving in their obsessive interest in the day's big football games.

Here's an unusual Thanksgiving premise you'll remember from The Brady Bunch. In the episode "The Un-Underground Movie," Greg's got a history project to do, and he decides to make a movie that documents the first Thanksgiving. Of course, it stars his entire family, and the episode takes us behind the scenes of the whole production. This scene shown here is from the family home screening, and as you can see, these little pilgrims end the episode pleased as pie about the end result. 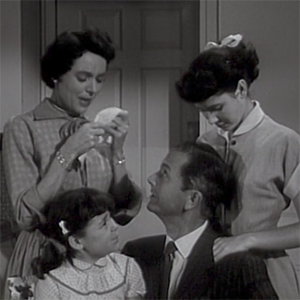 Many shows invited us to Thanksgiving dinner in the 1950s, but few sitcoms dared to show the emotional range that Father Knows Best cooked up for their "Thanksgiving Day" episode. The plot centers on young Kathy and her Thanksgiving poem, which wins a prize and gets her invited to read it aloud on TV on Thanksgiving Day! What follows is not your typical Thanksgiving fare, including the feast the family has at the end. 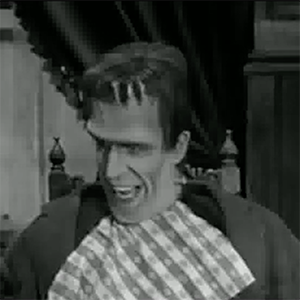 Nobody likes dieting, period, but the absolutely worst is being on a diet on Thanksgiving Day. That's the cruel torture Herman Munster finds himself experiencing in The Munsters' episode "Low-Cal Munster." Tasked with losing 100 pounds in one week (what?!), Herman's plate remains empty. Luckily, the laughs fill up all that empty space! 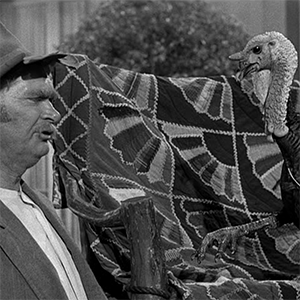 Remember a bit ago when we were talking about Elly May and Sonny being a bad recipe for romance in 1962? Well, The Beverly Hillbillies returned for seconds with a Thanksgiving episode the next year called "Turkey Day" where the problem is the opposite: Elly is way too attached to her current plot interest. That's because this time it's an actual turkey that Elly's fallen for, and despite tradition, nobody in the family is up for the task of taking the turkey's life. 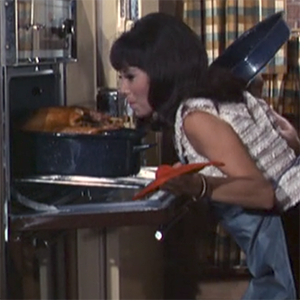 It's Ann Marie's very first time cooking up Thanksgiving dinner on That Girl, and the result is as big a fiasco as you might imagine. She invites both her parents and her boyfriend Donald to come over and attempts to make everyone happy with a very varied menu. As she bounces between kitchens to accommodate all her guests, hilarity ensues, leaving audiences as breathless as if they were waiting on her turkey to finish, too. 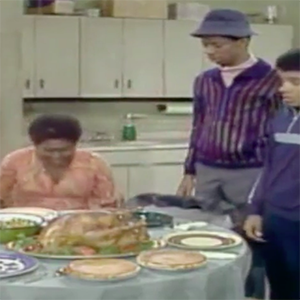 For the Thanksgiving episode of Good Times, "Grandpa's Visit," Florida Evans very charitably ends the exile of Grandpa Henry by welcoming him at the family's feast. She gets no reward for her show of goodwill when grandpa brings along an unacceptable guest (his live-in girlfriend) and then starts telling fabulous lies to the kids. 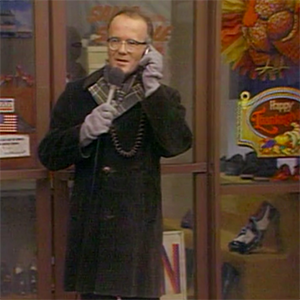 They're just giving away turkeys on this special episode of WKRP in Cincinnati! Based on a real radio promotion that happened in the 1970s where they dropped turkeys from the sky, the episode mirrors the horror gathered crowds experienced as the turkeys splatted on the ground. Station manager Arthur Carlson is on the scene, unfortunately for him! It's the biggest disaster in Thanksgiving sitcom history, and one of the wildest Turkey Day episodes we've ever seen. Test how well you remember the episode here.

ndebrabant 49 months ago
Arthur 'Big Guy' Carlson: As God is my witness, I thought turkeys could fly.
Like (1) Reply Delete