Where To Watch Shop Store Contact
Home / Stories / 6 failed Hanna-Barbera concepts that never made it as TV shows
Did you know?

Not everything could be The Flintstones, not even The Blackstones. 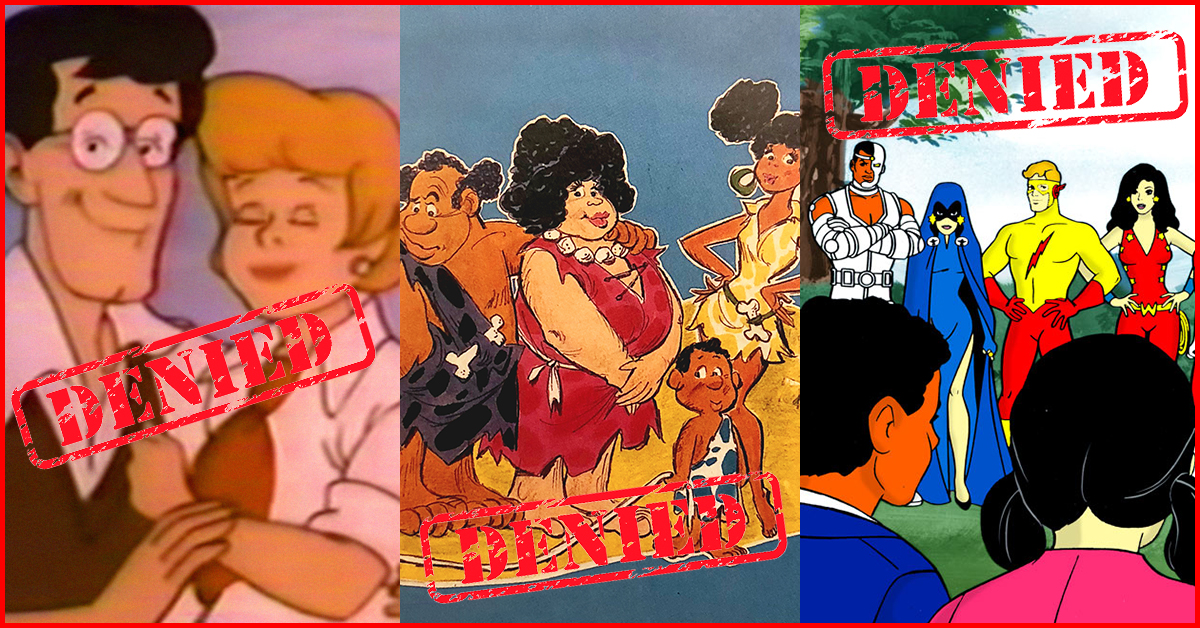 What would our Saturday mornings have been without Hanna-Barbera? The animation studio has given pop culture countless classic toons, from Atom Ant and Yogi Bear to Scooby Doo and Super Friends. And who could forget Jabberjaw, Hong Kong Phooey, Magilla Gorilla, Quick Draw McGraw, Huckleberry Hound and…? We could go on.

Hanna-Barbera also pioneered cartoons in primetime, bringing The Flintstones and The Jetsons to living rooms in the 1960s.

But not every doodle they delivered was gold. And we're not just talking about the CB Bears. Over the last half century, Hanna-Barbera had a handful of outright failures, projects that never made it past the pilot phase or even the drawing board, in one case. There was also a series that made it to air, but lasted just a couple episodes.

Let's take a dig through the Hanna-Barbera trash bin.

1. Father Was a Robot 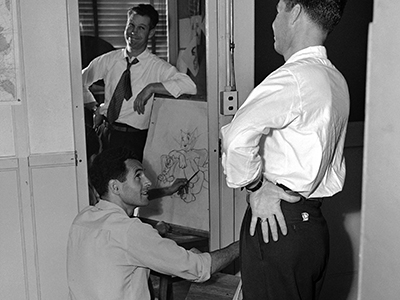 The success of The Flintstones, Yogi Bear and Huckleberry Hound — including the growing profits from merchandise — made Joseph Barber and William Hanna (pictured here) hot names in Hollywood in the early 1960s. It was only natural that the duo would try their hand at feature films… and live-action. In 1964, syndicated Hollywood gossip columnist Dick Kleiner wrote, "Hanna-Barbera, the geniuses of animated cartoons, are going to try making feature films with live actors next. Joe Barbara says they’ll either start in the fall with either Father Was a Robot or Mr. Mysterious." Shooting on Father Was a Robot was delayed. A year later, Broadcasting magazine reported that the concept had been transformed into a sitcom for the 1966–67 television season. Bernard Fein and Albert S. Ruddy, the creators of the hit new Hogan's Heroes, were attached to the project. We can only assume it would have been a cross of contempoary fantasy-comedies My Mother the Car, My Living Doll and Rosie from The Jetsons. We can only assume because nothing ever came of the idea. 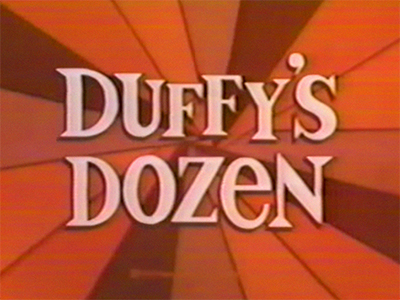 What could be better than The Brady Bunch? How about The Brady Bunch times two? This pilot for a primetime animated series centered around a married couple who adopted a child every year for twelve years, building one big happy clan. There was even the token shaggy dog, just like Tiger. His name was "13." The mixed-race family included the kids like Alan, Barbie, Donny, Corky, Florrie, Tommy, Hilde, Lionel and young Japanese twins. The family traveled America in a massive, transforming, amphibious RV. Despite the vocal talent of H-B regulars like Casey Kasem and Janet Waldo, Duffy's Dozen never sold to network. Scraps of it were recycled for The Amazing Chan and the Chan Clan. Watch the original animated sales pitch. 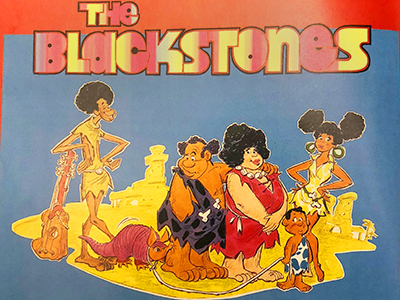 The Flintstones was modeled after The Honeymooners. A decade later, black sitcoms like The Jeffersons and Sanford and Son were the buzz of the boob tube. Joe Barbera thought it was only natural to reboot the Stone Age family idea with a black family. The Blackstones were essentially to Good Times what Fred and Barney were to Ralph and Norton. "It was a short-lived development," animator and concept artist Iwao Takamoto explained in the 1994 book The Flintstones: A Modern Stone Age Phenomenon, where you can find the concept sketches. "I thought when I got the idea," Barbera recalled, "[the networks] were going to jump on it with open arms, but I was a little ahead of myself. Nobody bit on it." He added that he was working to revive the idea for the mid-'90s. Nothing came of that, either.

A year later, Hanna-Barbera attempted another live-action sitcom, one that felt a decade too late. Still enamored with the success of Josie and the Pussycats, Hanna and Barbera hoped to hit with another bubblegum girl group dubbed The Beach Girls, a sort of modern Monkees meets Charlie's Angels, a trio of Annette Funicellos updated with Farrah Fawcett hair. Hanna-Barbera writer Mark Evanier explained, "I did a show called The Beach Girls, which was about three girls in a rock group who lived at the beach and put on bikinis and played rock music. Frankie Avalon was the guest star on the pilot. And for the music tracks for these girls to sing, they didn't even let the three girls they'd hired sing; they pulled some of the music tracks which had been recorded for Josie and the Pussycats years earlier." Rita Wilson, the soon-to-be wife of Tom Hanks, headlined as "Ginny Day." Alas, we could find no footage. 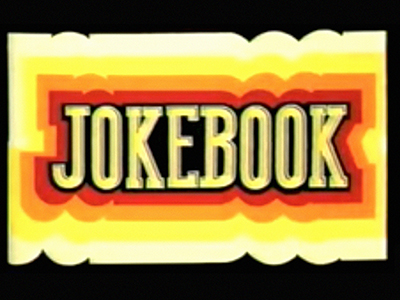 This ambitious adult anthology series made it to air, but not for long. Jokebook collected numerous quick-fire animated shorts, titles like "The Nerd," "Eve & Adam," "Wind-ups" and "Treeman," a Tarzan spoof. Imagine New Yorker cartoons come to life. Scatman Crothers sang the theme song, which you can hear preserved in these opening credits. A TV listing from April 1982 described it as, "A colorful showcase of 19 fast-paced animated vignettes sparked by humor for all ages, an assortment of strange but lovable characters and an Academy Award-winning film titled “Crunch Bird” are all part of the premiere." It was the lowest rated show that week, drubbed by The Dukes of Hazzard and Benson. A week later, NBC yanked it. 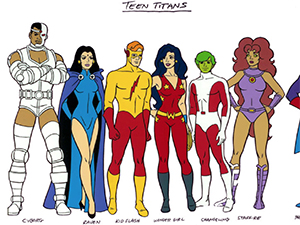 Super Friend successfully brought the Justice League superheroes to Saturday mornings for more than a decade. It made sense that Hanna-Barbera would attempt a spin-off, focusing on the younger DC Comics heroes. There was only one problem — kiddie tastes have changed. By 1983, Hanna-Barbera was finding far more success with the Smurfs. Thus, the costumed, crime-fighting teens were scrapped in favor of more cute, quirky characters like the Snorks and Paw Paws. The toon Teen Titans did at least surface briefly in a Just Say No PSA.

QUIZ: CAN YOU NAME THESE CLASSIC HANNA-BARBERA CARTOON CHARACTERS? 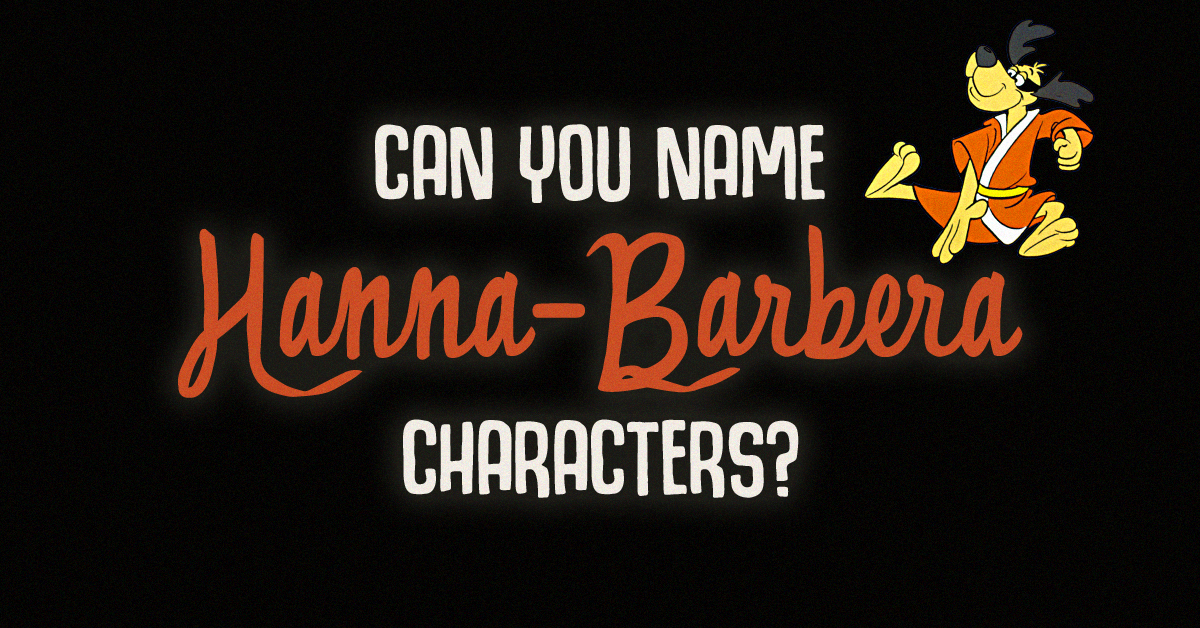 Can you yabba-dabba-do it? TAKE THE QUIZ

EricFuller 4 months ago
I remember "Jokebook." Thought it was a cross between Laugh-In and Ken Murray's Blackouts.

dmagoon 23 months ago
I'm surprised the Blackstones cartoon characters are not mentioned in Wikipedia.
Like Reply Delete 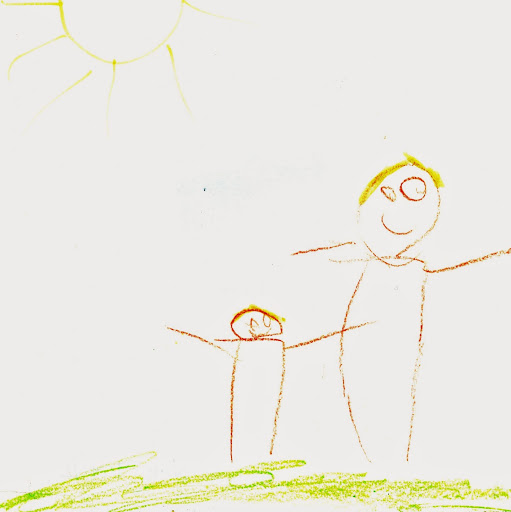 RedSamRackham 25 months ago
Hanna Barbera's version of Teen Titans would be better than the lame version currently on Cartoon Network! ☺
Like Reply Delete

melanieofoz 25 months ago
There should be a network that shows ONLY Hanna-Barbera cartoons 24/7.
Like Reply Delete

ToddLeBaron melanieofoz 13 months ago
Once upon a time, that was Boomerang. Wacky Races, Huckleberry Hound, Yogi Bear, Pixie & Dixie, Quick Draw McGraw, The Jetsons, Atom Ant, Secret Squirrel, the Cattanooga Cats, even Where's Huddles...and the half-hour version of The Banana Splits. Sure would be nice if they'd launch Boomerang 2, now that Boomerang itself mostly runs stuff from Cartoon Network's last ten years. Makes me appreciate it when they run Looney Tunes and Garfield & Friends. Even Nickelodeon has NickToons, with Rugrats, Rocko and Ren & Stimpy being featured. Did licensing expire on all those classic H-B shows or is Turner just being jerks?

Martin 28 months ago
Another concept that never went past concept and a single was Captain Groovy and His Bubblegum Army. A single was recorded that has been on many Bubblegum Rock compilations.
https://youtu.be/MBsJduMyjb8

Fred_Clampett 42 months ago
I'm sorry I missed Jokebook, but I was probably watching The Dukes of Hazzard. Apparently everyone else was too.
Like Reply Delete