Where To Watch Shop Store Contact
Home / Stories / 8 things you might not know about Joanna Moore of The Andy Griffith Show
Did you know?

She wore the pants in Mayberry. 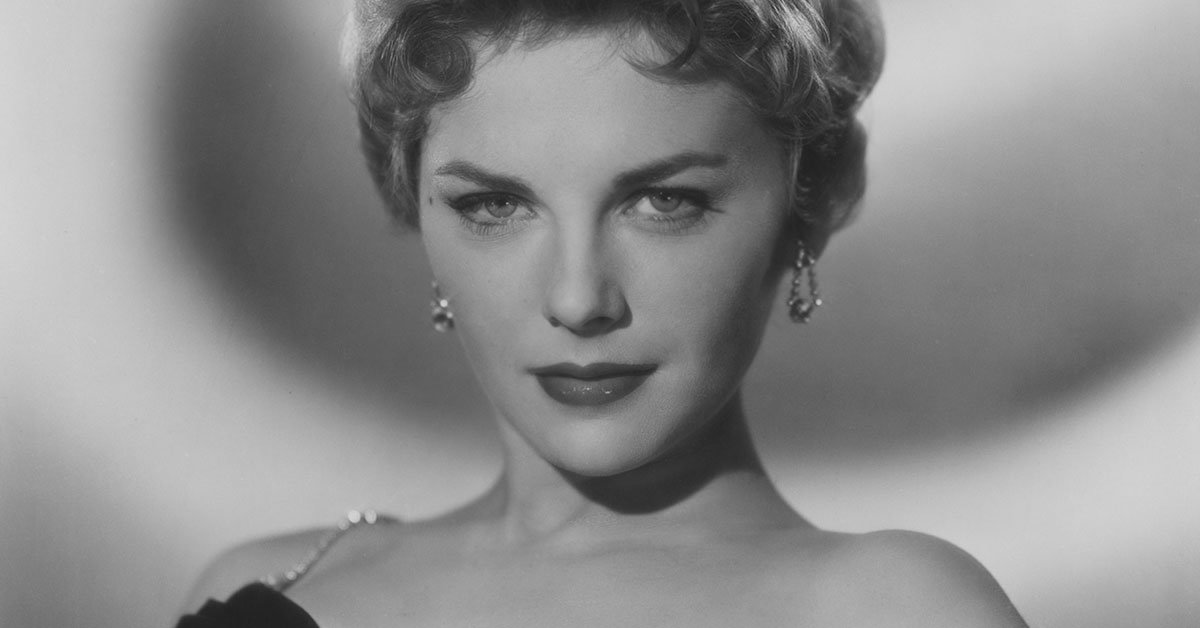 "I liked the Griffith show better than anything else I’ve ever done," Joanne Moore told the Akron Beacon Journal in a late 1962 interview. "Everyone on the program is so nice. The show is well organized and there is no rush. The people discuss their problems openly and the difficulties just seem to disappear. I was shocked by the honesty on that show, but it was a refreshing kind of honesty."

The feeling was mutual, especially with the viewers. To this day, Mayberry fans argue about which woman was better suited for Sheriff Andy. Moore's character, the well-heeled nurse Peggy McMillan, often thumps Helen Crump (Aneta Corsaut) in these debates. Of course, Andy actually married Helen. Peggy only appeared in four mere episodes. Why? That's a great question without an answer.

Georgia native Moore had a fascinating life filled with fortune and misfortune. Early in life, she was orphaned when her parents and sister all perished due to a car crash. Her storybook marriage (the third one, technically) quickly led to tabloid fodder and divorce.

But in Mayberry, she will forever be Peggy McMillan. Let's take a close look at this fan-favorite.

1. She was the first woman to wear pants on The Andy Griffith Show. 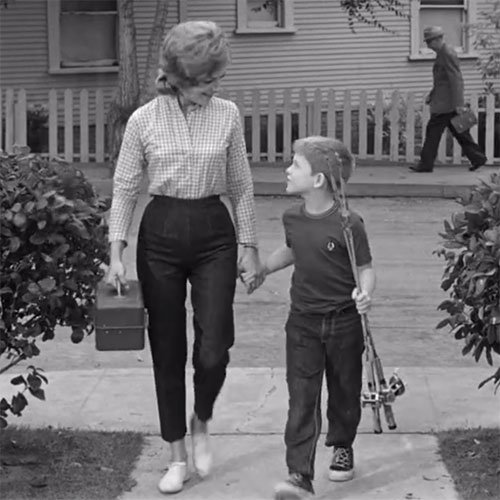 Between Ellie Walker and Helen Crump, Peggy is the overlooked lover of Sheriff Andy. She does have one claim to fame, however. She was the first female character wearing pants, as seen here in "Opie's Rival."

2. She lost her hearing before becoming Andy's girlfriend. 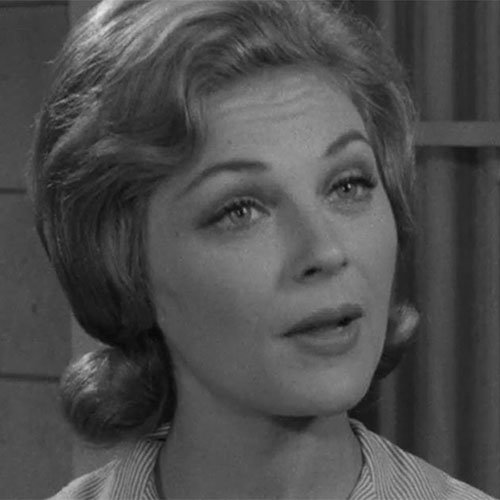 Moore continued to work throughout the 1961-62 television season despite her hearing loss. "She couldn't hear a phone ring and a radio turned up full blast sounded like a distant, blurred noise," wrote the Long Beach Independent Press-Telegram in July 1962. Moore would have a director tap her on the shoulder when a scene began and read lips to get through her dialogue. "It was hereditary deafness and I didn’t realize what was happening until I lost my hearing completely," she explained. The condition is known as otosclerosis, a bone growth in the middle ear. A surgery corrected her hearing loss in the summer of '62. After the procedure, Moore left the hospital into a busy street. A passing truck honked at her. "I was thrilled," she recalled. 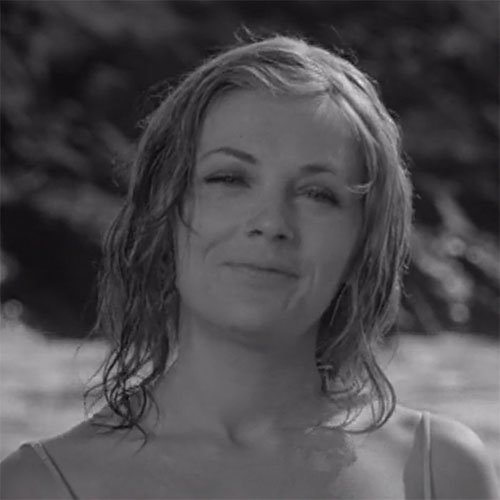 In a 1962 guest role on Route 66, Moore got a gash on her leg as she got caught on a submerged rock while filming a scene in the Pacific Ocean. The injury left her with a six-inch scar.

4. She is the mother of Tatum O'Neal. 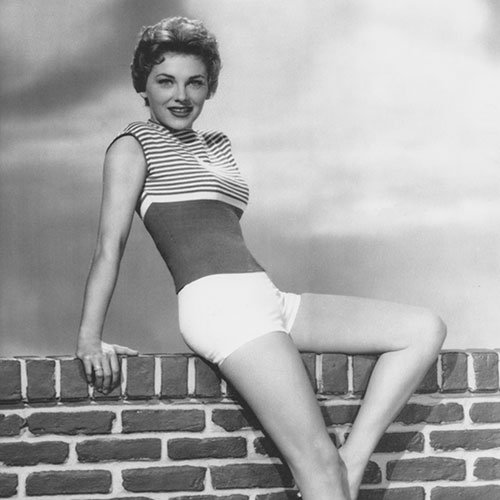 Outside of Mayberry, Moore is likely best known as the wife of Ryan O'Neal and mother of Tatum O'Neal (and, thus, step-mother to tennis great John McEnroe). Tatum, of course, would become the youngest actor to ever win an Academy Award, which she nabbed in 1974 at the age of 10 for her role in Paper Moon.

5. She was in an Elvis movie with another Mayberry resident. 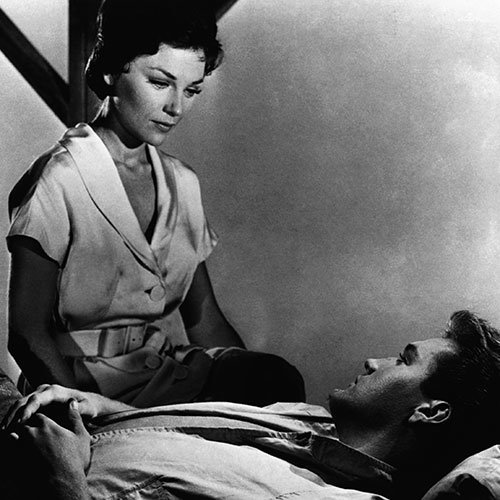 The year 1962 was clearly a big comeback year for the actress. In addition to her appearances on Route 66 and The Andy Griffith Show, she had a memorable role on the big screen, opposite the one and only Elvis Presley. Moore played the seductive Alicia Claypoole in Follow That Dream. The movie also cast Howard McNear — better known as Mayberry's barber, Floyd!

6. She had a romance with Andy Griffith behind-the-scenes, too. 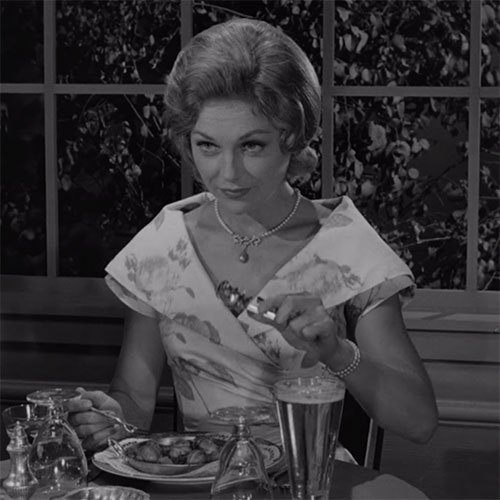 According to Daniel de Visé's insightful 2015 book Andy and Don: The Making of a Friendship and a Classic American TV Show, "[Aneta Corsaut] wasn't Andy's first affair with a Griffith costar. He had told Don [Knotts] of at least one other: Joanna Moore, the Georgia beauty and future mother of Tatum O'Neal, cast in four episodes at the start of season three as a potential girlfriend for the television sheriff." Sounds like it was more than potential.

7. She flirted with John on an episode of The Waltons. 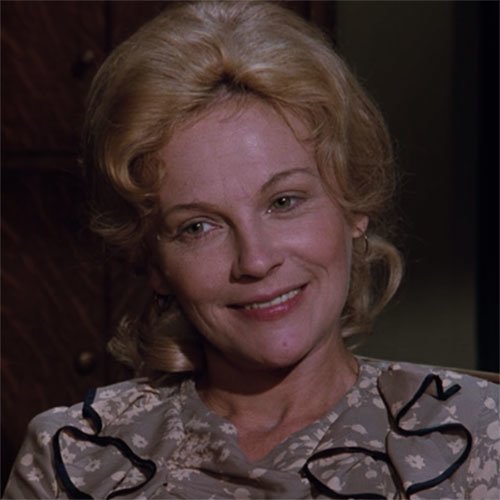 In "The Departure," John Walton packs a suitcase (much to Elizabeth's dismay) and heads to the city to seek "adventure." He lives in a boarding house overseen by Laura Sue Champion (Moore). The landlady has eyes for her new tenant, and the two share some rather innocent adult bonding. John-Boy shows up in the last act to bring dad home. Oh, and that episode was directed by Ivan Dixie, a.k.a. Kinchloe from Hogan's Heroes!

8. Her final television role was a TV movie with Harry Morgan and Gary Coleman. 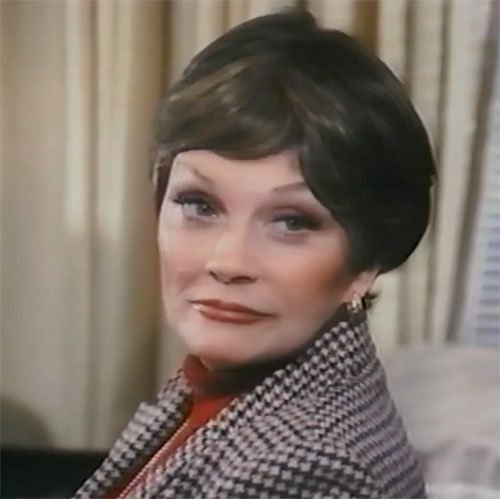 The last television audiences would see of Moore would be the 1980 Boy Scout lark Scout's Honor. The corny flick was produced to celebrate the 70th anniversary of the Boy Scouts of America. Gary Coleman, hot off Diff'rent Strokes, starred opposite Katherine Helmond, who plays a reluctant den mother. Classic TV lovers will be interested to find both Harry Morgan and Joanna Moore in small roles. 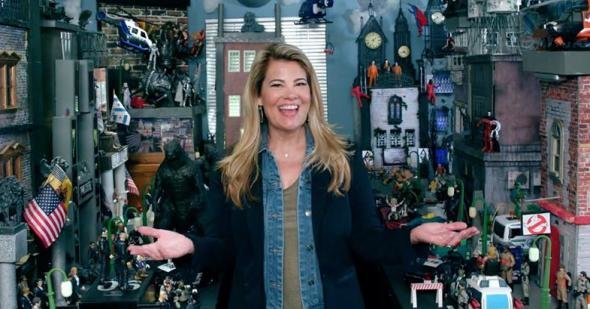 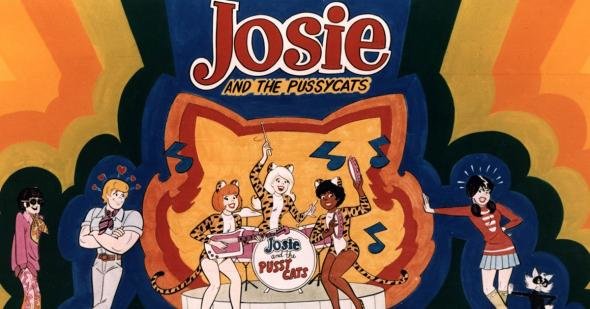 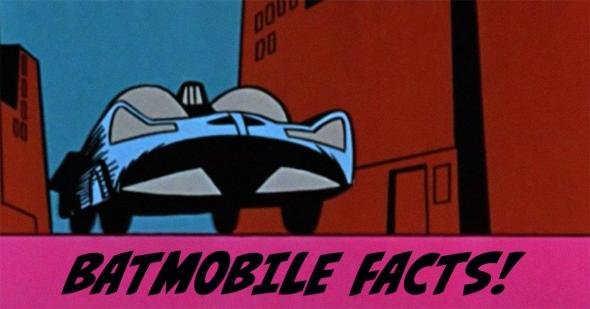 Did you know?Cars
8 things you might not know about the awesome 1966 Batmobile
Are you sure you want to delete this comment?
Close

Caracol 4 months ago
John McEnroe married Joanna Moore's daughter, Tatum O'Neal. That means she was his mother-in-law, not his step-mother. In order for Joanna to be his step-mother, she would have to have married John's father.
Like Reply Delete

Nataliewould 16 months ago
Joanna Moore was by far the best match for Andy. The chemistry was undeniable.
Like (1) Reply Delete

8176morgan Nataliewould 6 months ago
I agree. She was a real beauty and a true southern gal. I also like Eleanor Donahoe a lot in the first season. I can't for the life of me understand why she only appeared in four episodes. She was also great in the AHP episode "Post Mortem", and also in the Perry Mason episode "The terrified Typist". Such a lovely woman but with so much tragedy and heartbreak in her life.
Like (1) Reply Delete

frances3agape 24 months ago
She was in 6 Hitchock tv shows. I had to check imdb because I didn't remember the name of my fave episode (Alfred Hitchcock Presents' 3rd season "Post Mortem".)
Also being Southern - alas but NOT also neither blonde nor gorgeous, I wondered if her accent was put-on. (I cannot always tell - can you all?)
Like Reply Delete

On point 4. she was McEnroe's mother-in-law, not his stepmother.

On point 7, that was Ivan Dixon (NOT Dixie) who directed her.
Like (2) Reply Delete 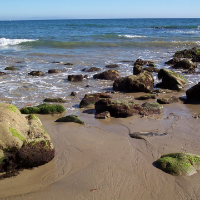 SoCalTVFan Jon 28 months ago
And I don't know where 'George' is, but I think she was a GEORGIA native.

denny 28 months ago
She didn't age well as evident in the pics above. She was a heavy drinker and smoker. Seems like she lost a finger or two in an accident sometime in the 70's. Here is a fact for you: She hired "Don't call him drunken" Ira Hayes to work on her farm/ranch. WWII Hero, for those who might not know.
Like (2) Reply Delete

MikeyMello 28 months ago
I tend to agree with most of you here, I thought she was the perfect girl for Andy. Plus her and Opie even became “blood brothers” in one episode so she was definitely in after that.
Like (6) Reply Delete

DarioWiter 28 months ago
This lady should have been made Andy's girlfriend for the rest of the show's run on CBS. 💞💞💞💞💞 ☺️☺️☺️☺️☺️
Like (7) Reply Delete

frenchman71 28 months ago
It's too bad she wasn't brought in as regular character. She was Andy's best girl.
Like (7) Reply Delete

JHP 28 months ago
if she wanted to wear pants on the AG show...I'd let her do anything she wanted:)
SSSSSSSSSSSSSSmokin:)

and andy ends up with HELLen Frump
Like (3) Reply Delete

Lacey JHP 28 months ago
It is amazing how controversial pants were in the 50s and early 60s. You would not think that pants would be seen as the final death nail in the American Family.
Like (6) Reply Delete

Jon JHP 28 months ago
June Cleaver only wore pants twice on LEAVE IT TO BEAVER, once gardening and another time when she was staying in a cabin with her family. In the cabin, she mentions though that she plans to "put on a dress" and go into town to have her hair done.
Like (1) Reply Delete

Eleanor JHP 28 months ago
You said it, Helen frump the grump
Like (4) Reply Delete

RussellWhitt 28 months ago
I thought the first female character to wear pants was Frankie the fair farm hand.

Sylvie 28 months ago
LOVED her, and I wish she'd been on the show more!
Like (6) Reply Delete

MrsPhilHarris 28 months ago
Miss Peggy is still my favourite girlfriend of Andy Taylor.
Like (8) Reply Delete

rgutierrez1968 28 months ago
Joanna was definitely the prettiest of Andy’s girlfriends. Her Georgia accent added to her sex appeal!
Like (9) Reply Delete