9 best-selling beach reads from the 1960s

These books about airports, cops and steamy romance practically came with sand in the pages. Most of them became movies. 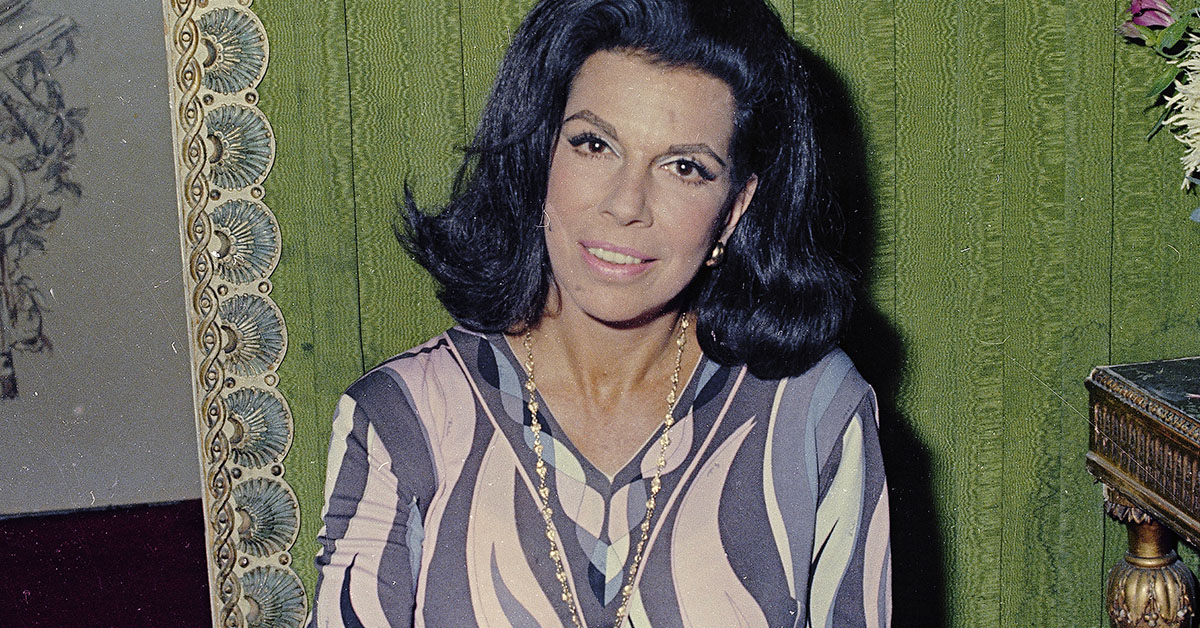 One of the great pleasures of summer is curling up with a juicy page-turner on the sand. There's a reason they call certain books "beach reads." No decade was more beach obsessed than the 1960s, when surf music rocked the radio and Annette Funicello did the bingo on her beach blanket.

However, our taste in literature that decade was far more highbrow. Names like J.D. Salinger, Saul Bellow, John le Carré, Chaim Potok, Gore Vidal and William Faulkner filled Publishers Weekly's Top 10 bestsellers charts in the 1960s, while few authors could match the selling power of James A. Michener's epics. But there was definitely some sugar mixed in with the fiber of our literary diet.

We looked through the New York Times Best Seller Lists for Fiction from the summer months of the 1960s to find some beach books that modern readers might want to dig up. 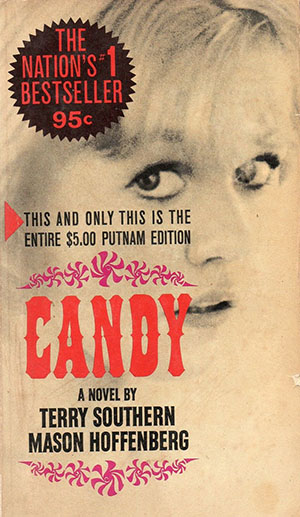 Southern and Hoffenberg originally released the lurid exploits of 18-year-old Candy Christian in France in 1958 under the pseudonym Maxwell Kenton. It came to be seen as a sort of sexy Candide, with the young heroine bouncing around the world on her awakening adventures. When Putnam released the novel in the states, the authors real names were printed on the cover. 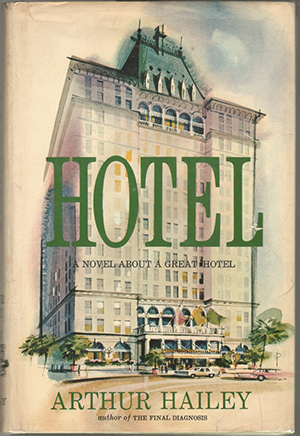 The various staff members of the St. Gregory Hotel in New Orleans make up the cast of this soapy tome. A movie adaptation hit screens in 1967, while Aaron Spelling turned it into a TV series in 1983, with James Brolin in the lead role. There is love, theft and death lurking behind the doors of this grand hotel.

3. The Adventurers by Harold Robbins 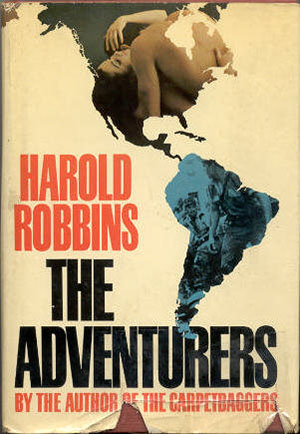 Robbins churned out pages and raked in dollars like few others. Though he sold more books than just about any author in the 20th century, a whopping 750 million or so, his name is not widely remembered today. Critics certainly never loved his work. The Adventurers, which later became a so-bad-it's-good movie, chronicles the life of a playboy in the fictional South American country of Corteguay, constantly changing POV as it weaves its pulpy plot.

4. The Detective by Roderick Thorp 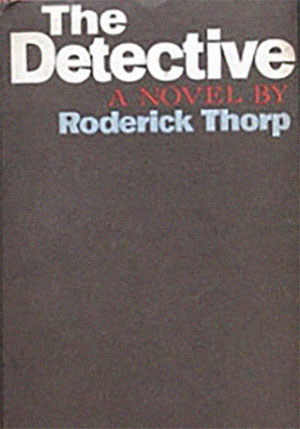 Yippee ki-yay! The roots of Die Hard can be traced back to this tough cop book. Bruce Willis' action classic was based on this novel's sequel, Nothing Lasts Forever, and his John McClane was adapted from Thorp's main protagonist, Joe Leland. The Detective got a film version, too, starring Frank Sinatra, in what can be considered a sort of prequel to Die Hard.

5. Valley of the Dolls by Jacqueline Susann 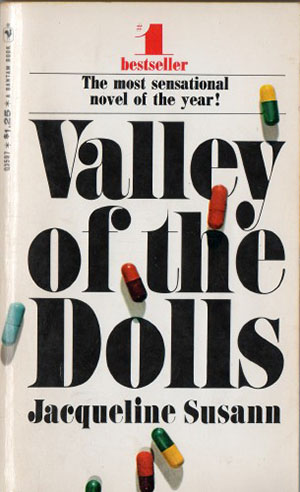 One of the great deliciously sordid novels of the 20th century, Jacqueline Susann's breakthrough was sniffed at by the snobs at the time, but today stands as an important feminist work. A roman à clef filled with pills and ennui, Dolls was ahead of its time. 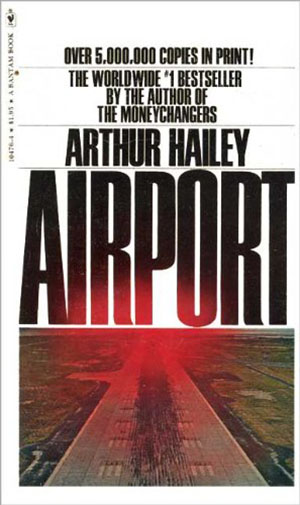 Hailey was back with another novel ready for a blockbuster movie with a massive cast. Set in a fictional Chicago airport, the book spawned four films in the 1970s — and more if you count the Airplane! parodies.

7. The Andromeda Strain by Michael Crichton 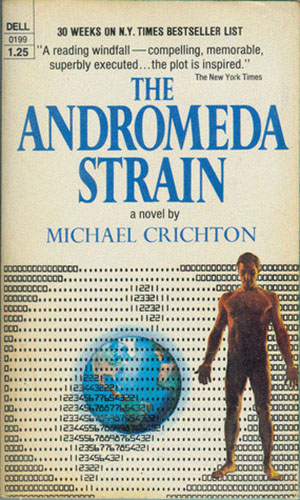 Former Harvard Medical School student Crichton finally hit the big time with this, his second novel of 1969, his sixth overall, and first under his real name. He would dominate the science thriller genre for decades, and Hollywood would pretty much flip whatever came off his typewriter into a blockbuster. This early techno-thriller is arguably his best.

8. The Love Machine by Jacqueline Susann 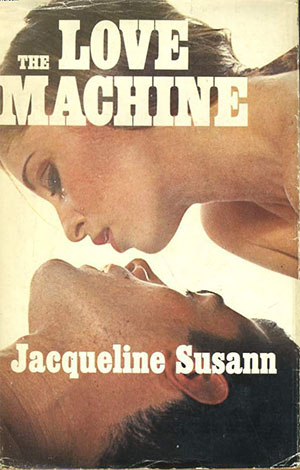 Though it lives in the shadow of her massive Valley, The Love Machine was no slouch at the shops. 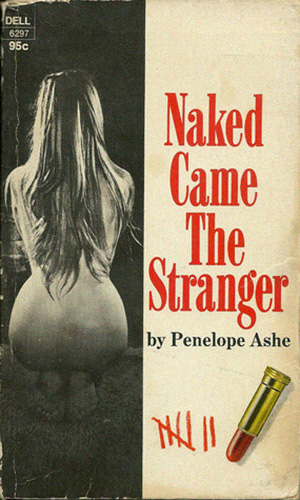 After all the Dolls and Candy, it was perhaps inevitable that someone would lampoon the sex-filled fiction of the day. A group of Newsday journalists led by Mike McGrady whipped up this spoof, which naturally became as successful as its targets. The "great literary hoax" was taken at face value by many.