Some got glowing praise while others – not so much. 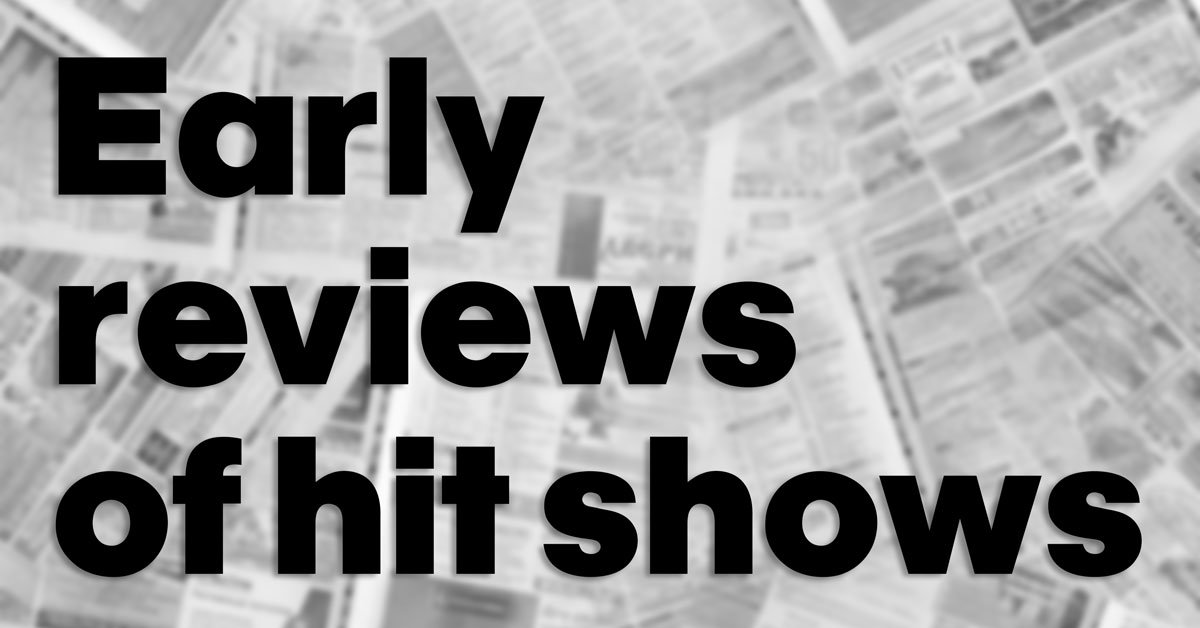 Television, like any art, is completely subjective. Shows that some people think are top notch are more like bottom of the barrel for other people. Everyone has their own preferences and opinions.

A few interesting opinions are those expressed in 1950s television reviews published in Broadcasting Magazine. While mostly a trade magazine covering ratings, sponsorships, licensing and the like, it featured some reviews – especially of shows that were just starting.

Here are six early evaluations of now classic TV shows. Do you agree with these sentiments or are they way off? Let us in the comments! 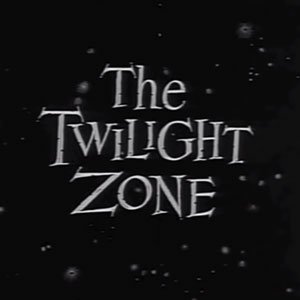 In September, 1959, Broadcasting Magazine called The Twilight Zone "perhaps the best new show out of CBS-TV this season and certainly among the best of all the new network entries." The review goes on to state, "This show is 'edge-of-your-seat' calibre" and is most complimentary of Rod Serling's storytelling ability. It even compliments the show's creator at the expense of the pilot episode's main actor – saying, "The star of this episode, Earl Holliman, turned in a brilliant performance with Mr. Serling's script. The same star in his own series, as Sundance in Hotel de Paree, is just another cowboy." The magazine also reveals the episode's production cost $54,000. 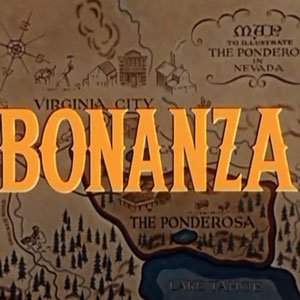 Also reviewed by Broadcasting in 1959 was the debut of Bonanza. It gives an episode budget of $80,000 for the color western and is significantly less kind. "What must have looked like a sure winner on the planning boards is just embarrassing on the tv screen," the magazine said. The critic took particular issue with the characters on the show. When talking about the Cartwright family, patriarch Ben was "a proverb-spouting moralist" and middle son Hoss got a brutally straightforward description of his scenes. "Hoss keeps busy (1) eating, (2) lifting carriages single-handed and (3) tossing assorted villains around like so many sacks of flour." It ended with the cutting barb, "Conceivably the program's planners thought this would be the western to end all westerns. It just might." Of course, America disagreed and the show went on to air 14 successful seasons.

3. Leave it to Beaver 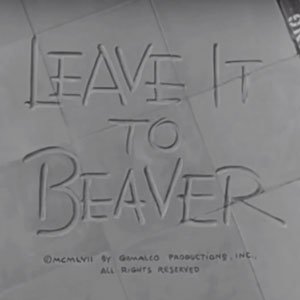 Broadcasting Magazine called Leave it to Beaver "equal parts of humor and sentiment" in its 1957 review of the first episode. While not overly flattering, it continued, "Jerry Mathers (Beaver) and Tony Dow (Wally) were everything the series wanted them to be: nice kids getting into nice kids' kinds of scrapes." It noted the production costs were around $40,000 and its overall impression of the show could be summed up with one line, "lots of smiles and chuckles and a few nostalgic tears, but not many belly laughs." 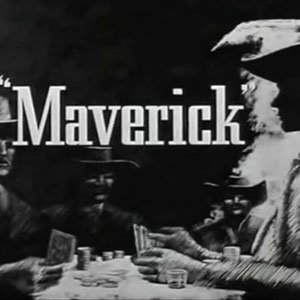 Maverick debuted in 1957 as well. It got a favorable review, with Broadcasting saying, "Bret Maverick, played by James Garner, gets along without horses or guns – two western ingredients missed only by their absence." The magazine liked the fact that the show's hero used what it described as "a smattering of philosophy, psychology, rhetoric and political maneuvering" to solve problems, calling it "a welcome change from the usual western hero's form of good-doing – that is, obliterating a bunch of badmen in a climactic gunfight." Though it may not have had a typical action set piece, Maverick’s production cost was still high at about $80,500. 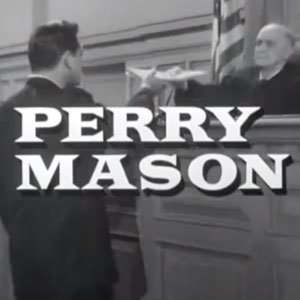 "The new Perry Mason program appears to be a sizable notch above the standard cops-and-robbers tv staple." The 1957 review of Perry Mason hit the nail on the head. It praised the show's writing but complained that it was too much for one episode. "The opening case was particularly tricky since it concerned not only outright murder, but a girl with a criminal past, blackmail, twin revolvers and a milquetoast motel keeper. Even an hour wasn't enough for this 'case.'" It also had kind words for the show's star, if not for the rest of the cast, stating, "As Perry Mason, Raymond Burr turned in a solid, acceptable and believable performance. Unfortunately for his colleagues, it was too good. He outshone them all." 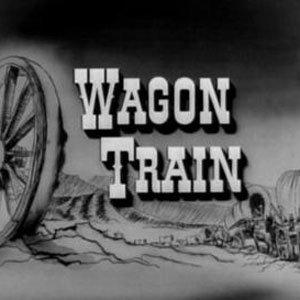 The review of Wagon Train in 1957 started off complimentary but doesn't stay that way for long. "NBC-TV's new adult western series, Wagon Train, has all the makings of good entertainment for the whole family." Unfortunately, a good premise doesn't mean it will be a good show – at least according to Broadcasting magazine. It called the episode "the corniest kind of melodrama, whose characters were stereotypes rather than people." Ouch. But the review didn't stop there. "Worse still, innumerable long shots of the wagon train moving slowly across a seemingly unending prairie and closeups of wagon after wagon fording the river induced boredom rather than suspense." This opinion was definitely in the minority, however, because the show continued for eight seasons, lasting well into the 1960s. 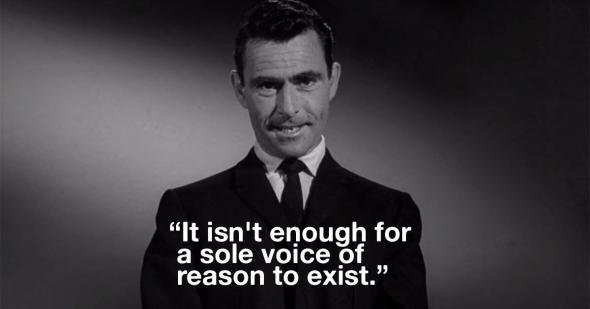 1960s
The 10 most powerful closing statements from The Twilight Zone 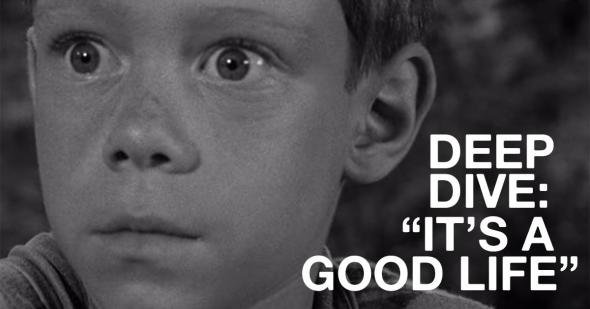 Did you know?Deep Dive
9 little details you never noticed in the Twilight Zone episode ''It's a Good Life'' 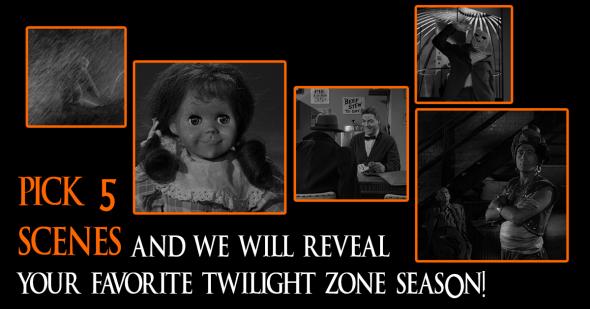 quiz
Pick 5 scenes and we’ll reveal your favorite season of The Twilight Zone
Are you sure you want to delete this comment?
Close

Salem 18 months ago
Beaver represents the problems of the safe 1950’s and 60’s offering relief from the news of the atomic bomb, Beaver did not deal with neighbor shooting or drug deaths, a baseball getting lost became a major problem of the day. Just think 60 years later June and Ward would be now doing it on as a push is on for ratings with no concern about morals
Like (1) Reply Delete

MrsPhilHarris 23 months ago
I never go by reviews. If it's something that interests me, I will watch it regardless of the reviews.
Like (2) Reply Delete

ncadams27 23 months ago
Interestingly during the Fifties and early Sixties TV critics watched the shows they reviewed when they aired and their reviews appeared in newspapers the following day. If they praised a particular episode as bring good and you wished to see it - well, you just missed it. Also, the reviews above seemed to review the premiere episode which is not always the best one.
Like (2) Reply Delete

rgutierrez1968 23 months ago
After 63 years, Leave It To Beaver is still so much fun to watch. Beaver , always getting in trouble by his friends, Wally putting up with Eddie and Lumpy, June doing housework in fine dresses and wearing pearls and Ward always coming home to new problems. I enjoyed growing up with Leave It To Beaver, fun times and great memories!!
Like (4) Reply Delete

WordsmithWorks 23 months ago
In the end. a reviewer is just one person. From what I've seen, most believe their opinion is infallible. But as this story confirms, as well as a quick glance at Rotten Tomatoes critics' scores vs. viewers' scores, that self-assessment is often incorrect.
Like (4) Reply Delete

Or drag a file here to upload
texasluva 23 months ago
Let's say that these ALL turned into masterpieces. So who is they (reviewers)? Have you ever been to Rotten Tomatoes where they have like 25 reviewers for every movie? Some are so far off from the truth and just wish to be controversial. You can not please everyone all of the time. All 6 of these have something for everyone. They all had 5 seasons or more. Sure you can nitpick something in everyone of them. Perfection is not needed. Let's just say they all were all in The Zone
Like (1) Reply Delete

Pacificsun texasluva 23 months ago
😉 In agreement!
Another thing we've talked about a lot before, is that these Shows were basically in competition (or relative comparison) among a finite number and type of other Shows. Meaning that if a great Western was up against a mediocre one (even on a weekly basis), it had a better chance of being judged higher. There's also the "personality" factor, which (surprisingly) didn't stand out for Bonanza at the time (per that particular review). And yet, when we look back on Bonanza, it's entertainment value was/is strengthened because of the interaction of the family! The Show was based on the personalities of those characters (as opposed to the stories/plots, which were repetitious). I guess all that means is that to the degree the Show was "relationship" based (as opposed to plot based) might've increased it's popularity (attraction) over time. Eventhough in the day, the characters might've seemed quirky/shallow, those personalities grew in the mind of dedicated fans!
Like Reply Delete

WordsmithWorks Pacificsun 23 months ago
Those are all excellent points. I was just watching the first episode of Seinfeld and was discussing how much the characters of Kramer and George evolved over the course of the series.
Like (1) Reply Delete

Pacificsun 23 months ago
One thing about the Reviews that appeared during that era, is that there wasn't much in the way of similar Shows to be compared. PM (of course with Radio). And a Western is a Western (I get that). But think how unique Twilight Zone was. How pure (and simplistic) was LITB as an innocent retrospective on childhood.

It is wondrous that these Shows hold up so well in these times. Fundamentally creative, unique, and uncomplicated.