Just about any newspaper you would've picked up on Feb. 28, 1983 had something related to the 'M*A*S*H' finale in it.

Whenever you watch the M*A*S*H finale, just know you're watching what was one of the most impactful episodes in television history when it debuted for the first time in February of 1983.

The records, the stories and the bond M*A*S*H and its cast broke, created and cherished are plain to see, even all these years later. Let us be the proof that the series finale is still a big deal!

Back then, though, it was an even bigger deal than it is today, and headlines in the papers the day the finale aired for the first time prove it.

Here are several newspaper headlines from the day of the M*A*S*H finale. It's safe to say the day was a really big deal to fans, businesses and certainly the television industry. 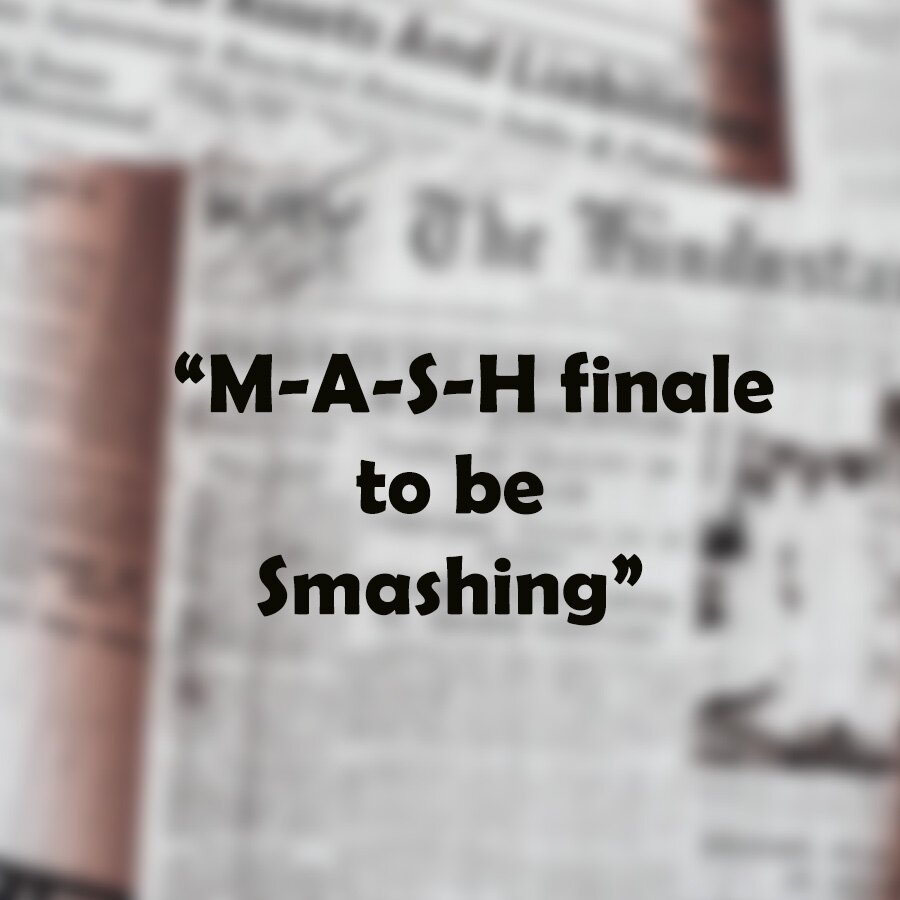 With all the success M*A*S*H had for 11 seasons, it was no surprise to know the finale, even before it hit the airwaves would be a big success. Across the nation, parties were held, ratings were smashed and tributes were paid to the series. From big cities to small towns, the smashing success of the M*A*S*H finale was felt. 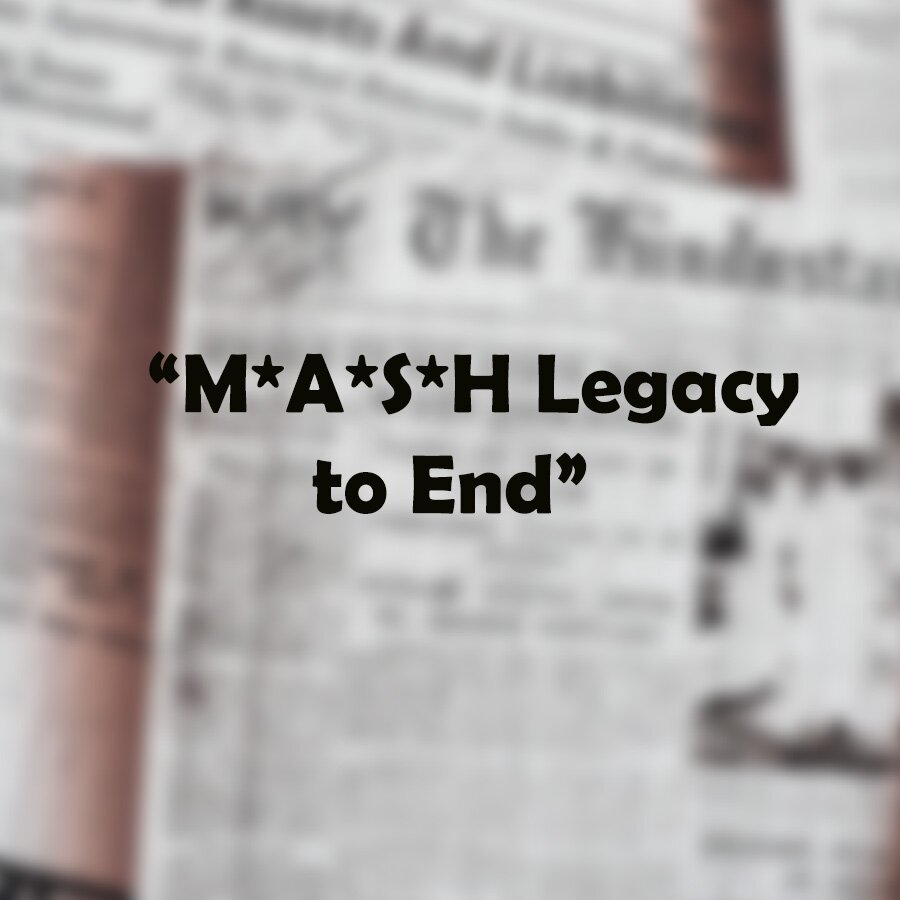 There's no denying M*A*S*H is a legacy show, and the advertising revenue the finale alone generated is proof of that. The article belonging to this headline states that CBS will charge sponsors $300,000 per 30-second spot, but that number has also been reported to be up to $450,000!

3. "Series Survived Assaults That Do In Lesser Shows" 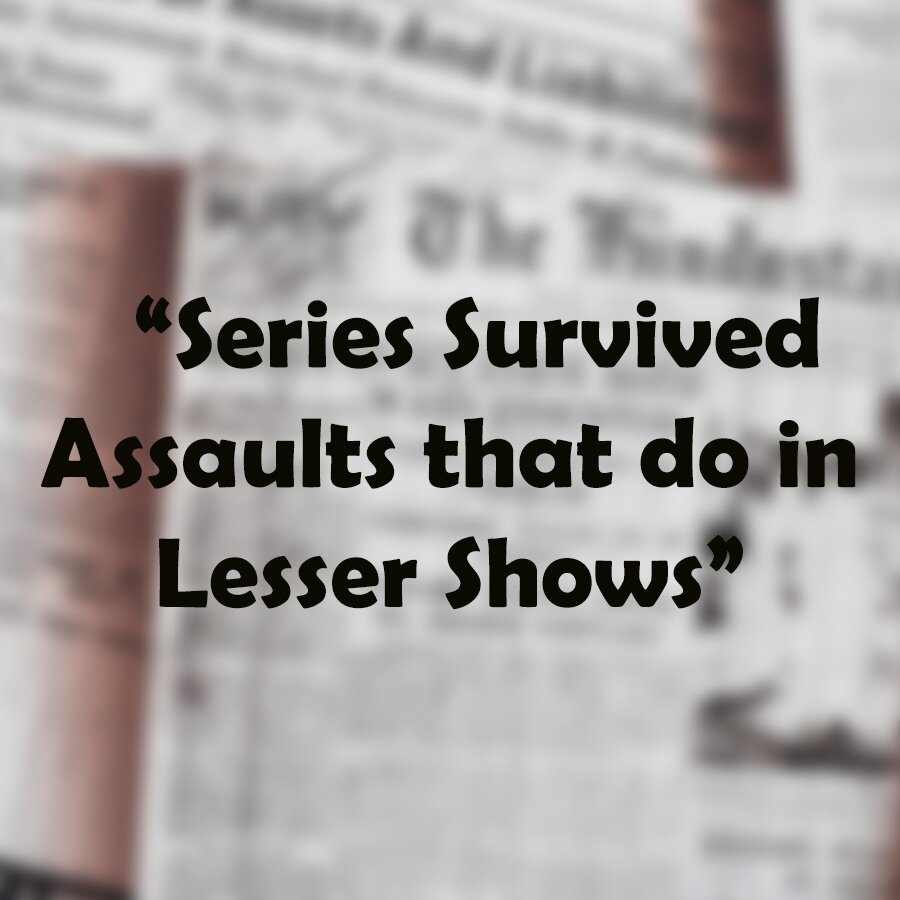 The power of M*A*S*H went beyond a strong fanbase. The show had a unique way of blending comedy and the realness that comes with any war; death. The article states, "At first, CBS resisted the underlying seriousness of M*A*S*H and tried to steer the series toward lighter material." Eventually, the article says, the network backed off, resulting in the series everyone came to love. The show also had a way of keeping fans engaged after departures of major characters. "With [Alan] Alda as the cornerstone, and [Loretta] Swit holding place as the series' only prominent woman, M*A*S*H has survived cast departures that would have killed a lesser show." 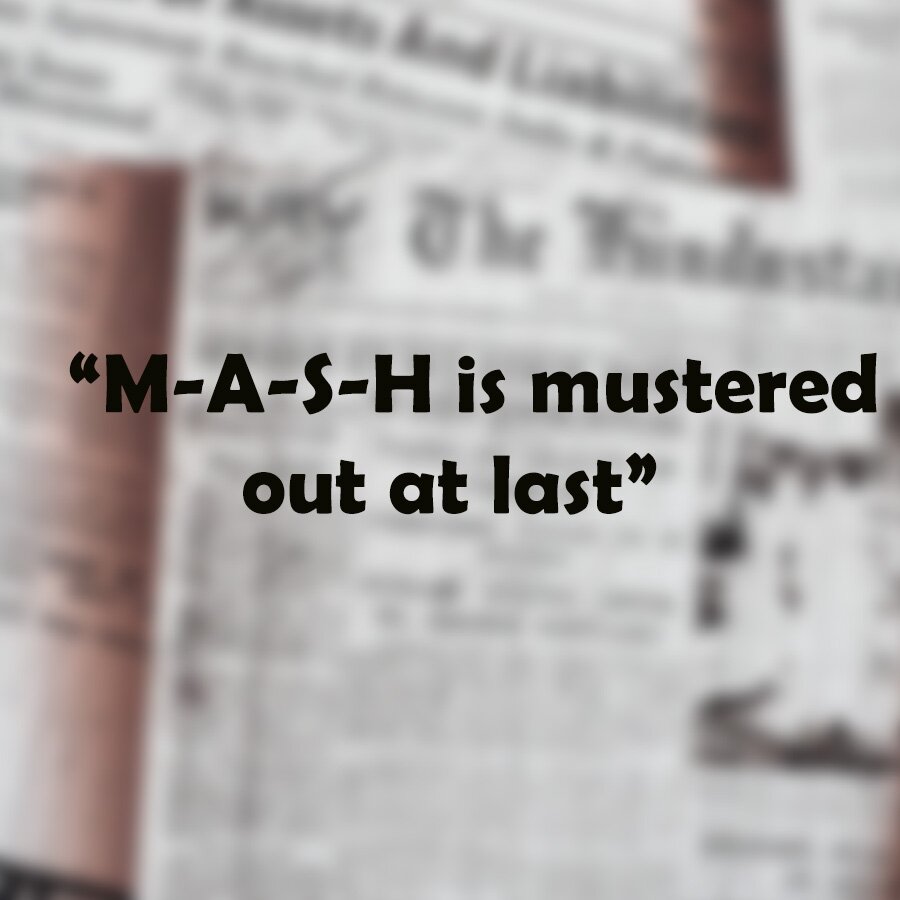 It was certainly a formal, military goodbye. This Washington Post article from Feb. 28, 1983 states "Newsweek Magazine as much as said the death of M*A*S*H marks the end of network television." When the series was discharged for hundreds of millions of fans, it was an honorable one. The article states even though certain elements from other shows were better executed than M*A*S*H, nothing can compete with father time and the bond the show created. "M*A*S*H is not as well written as All in the Family was, nor nearly as complex and thoughtful as Hill Street Blues. But it has been around long enough... to make itself a member of the national family." The ratings certainly proved it, too! 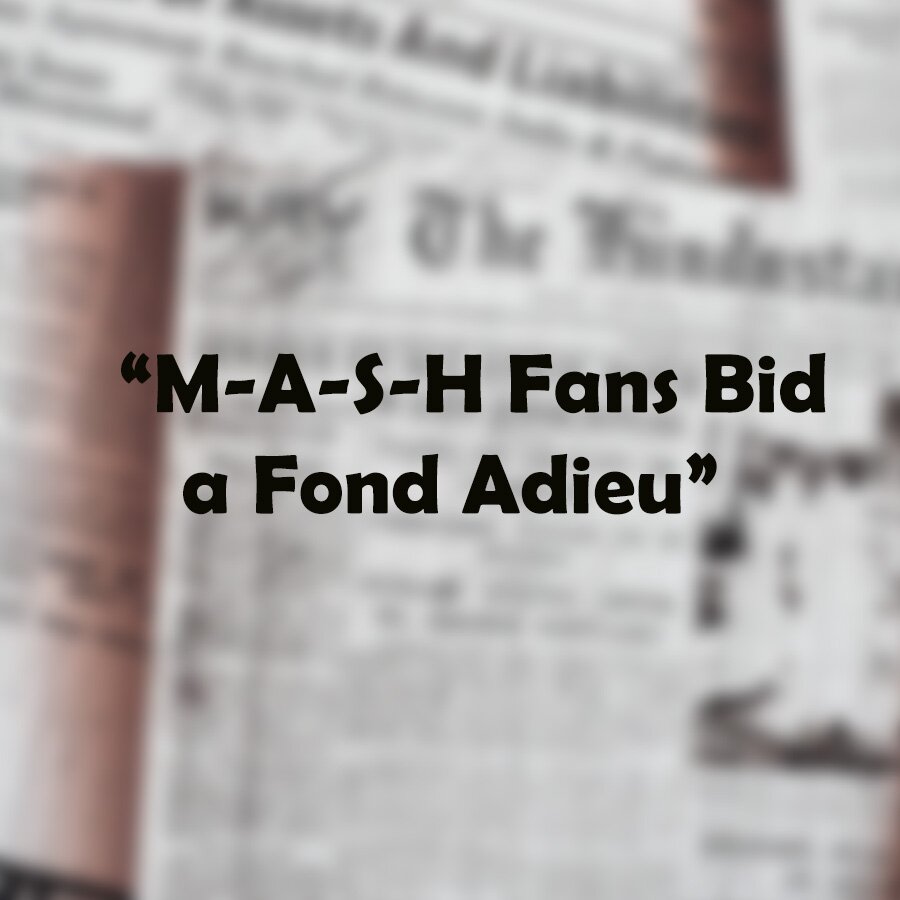 And they did it in a lot of different ways. From Hawkeye, Klinger and Hot Lips look alike contests to life-sized statues and endless parties, fans gave the show a "Goodbye, Farewell and Amen" of their own, millions of times over! 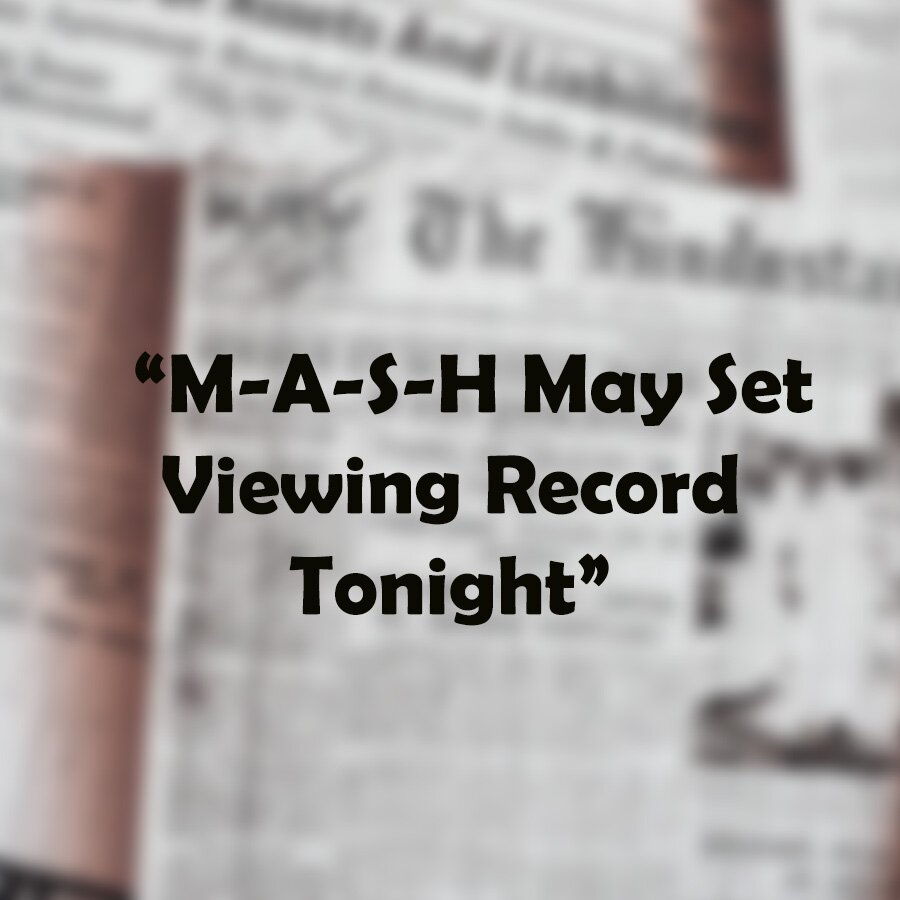 Spoiler alert: It did. 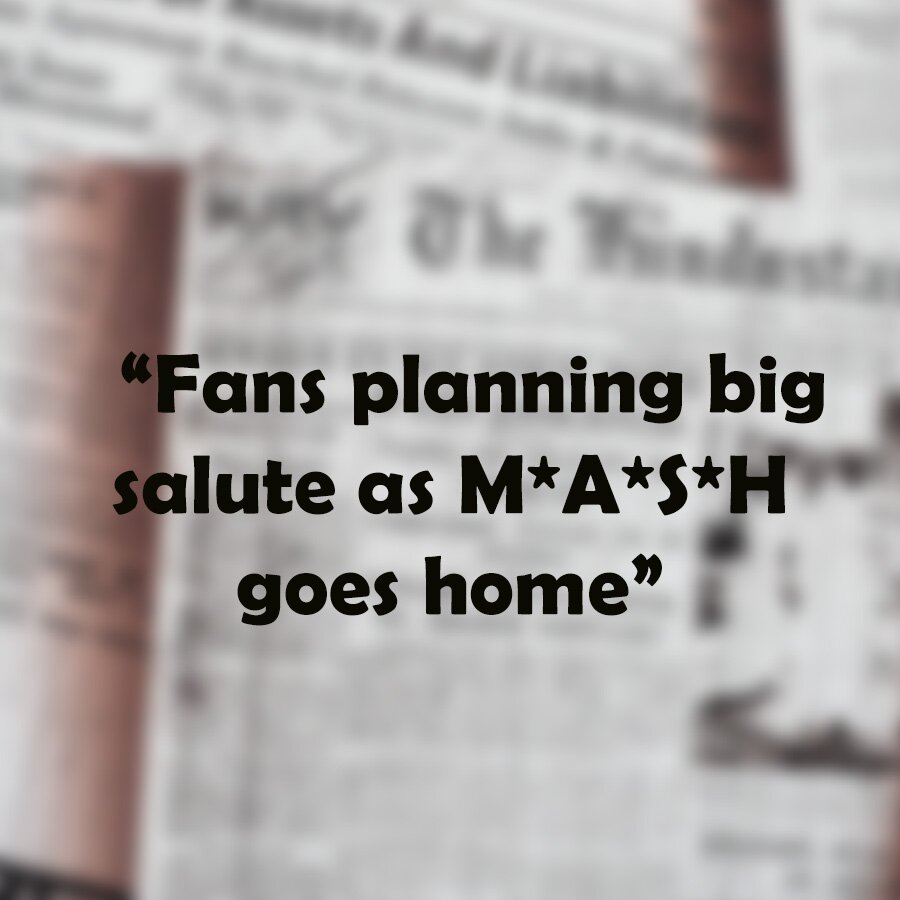 No matter what headline you use, the message was clear: M*A*S*H had a firm grip on the country and no matter what corner of it you picked up a paper, some form of the finale episode was going to take up a page, and don't be surprised if it was the front page! 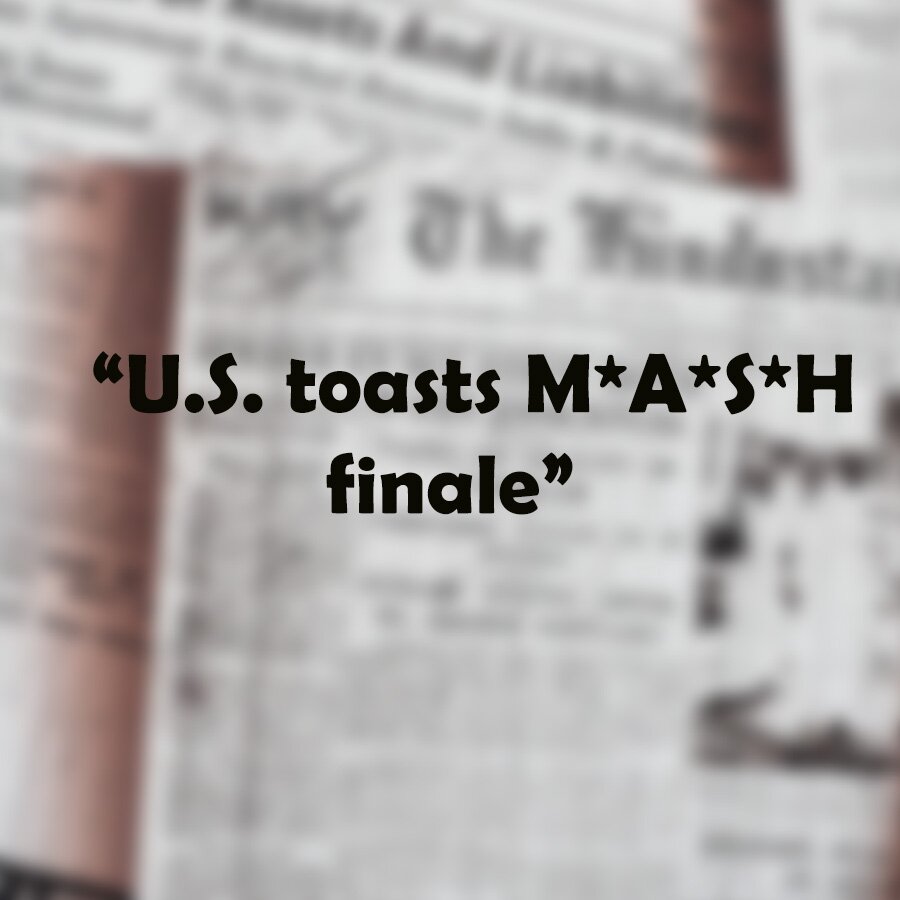 See what we mean? 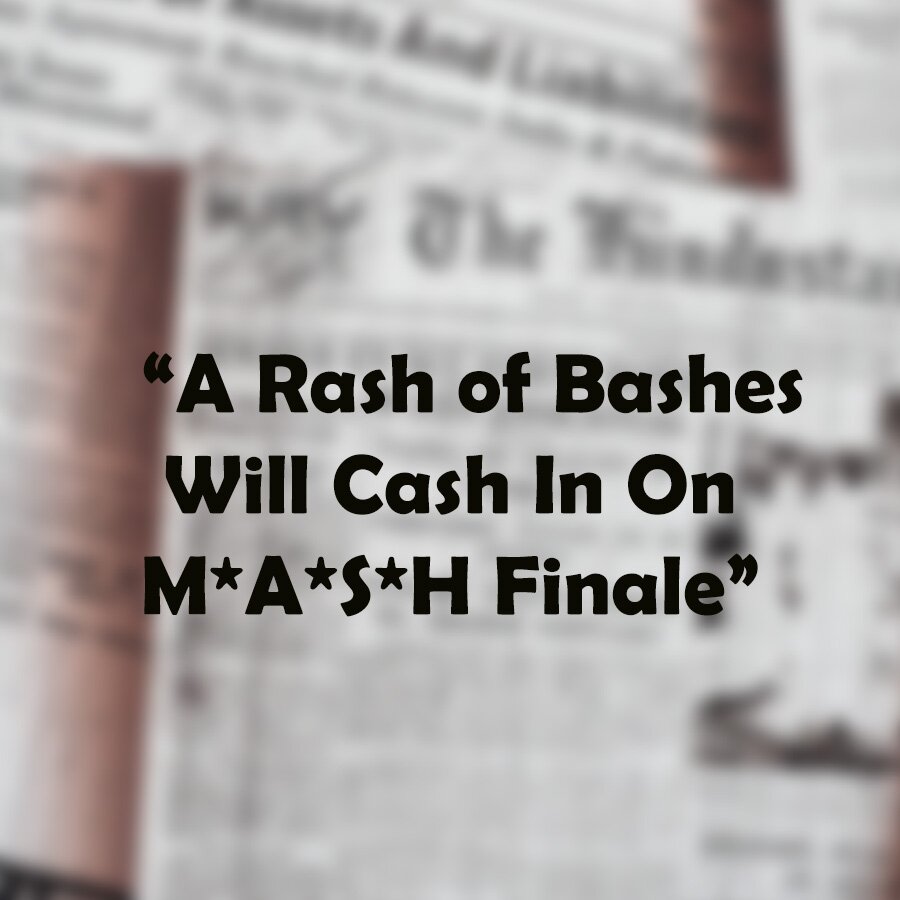 The same story from The Associated Press or Combined News Services was floated across several newspapers across the country, but the many different headlines captured the countless different ways one episode of M*A*S*H impacted people nationwide. In this case, "M*A*S*H bashes" were the ticket to a lot of money rolling in, in a lot of different ways. We already mentioned advertising revenue earlier, but think of all the money that poured into restaurants that were hosting watch parties! Plus, "M*A*S*H bashes" is a pretty cool way to announce a get together! 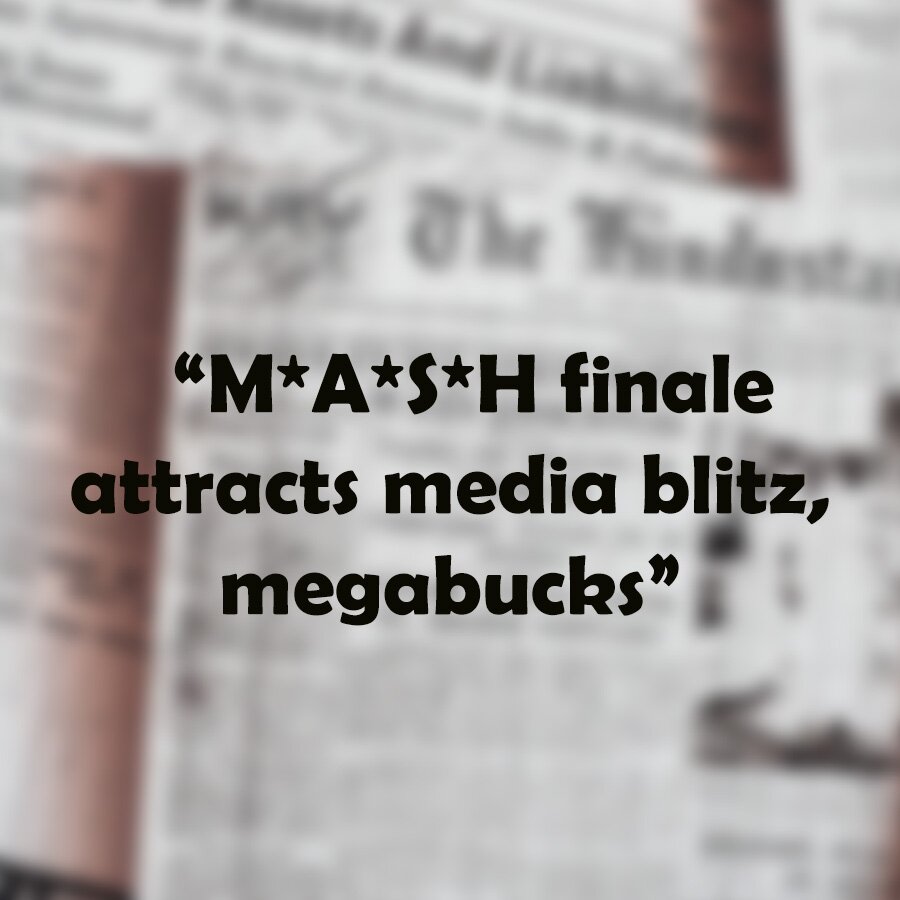 Yes, the M*A*S*H finale drew in loads of cash, and rightfully so, but it also drew in a ton of media coverage, outside of the episode airing itself. The first line in The Arizona Republic article regarding the finale states "Frenzy is found in the media attention M*A*S*H's swan song is drawing." When a network knows it will have success, there's no limit on promotion. "P.M. [Magazine]'s national office gave the stations that carry the show a full half-hour of M*A*S*H interviews, M*A*S*H trivia, Korean War footage and a story on the merchandising of M*A*S*H to use today." The article also points out the obvious by stating, "You can't deny it has been a major force in television." 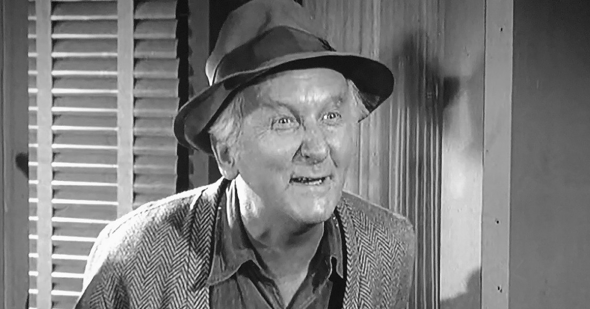 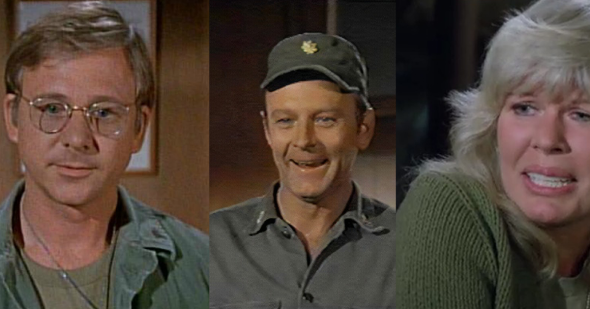 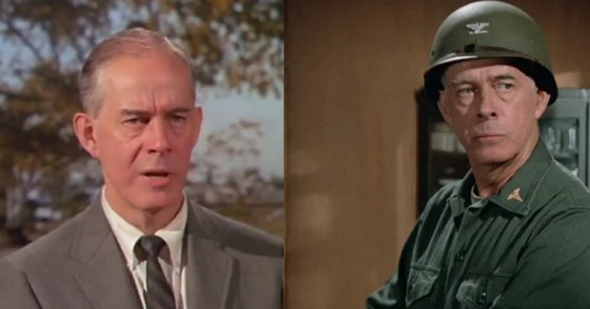 M*A*S*HDragnetHarry Morgan
5 facts about 'Dragnet' and 'M*A*S*H' actor Harry Morgan that aren't horse hockey
Are you sure you want to delete this comment?
Close

daDoctah 12 days ago
Another piece of cultural context. After "M*A*S*H" vacated the 9pm Monday time slot, CBS moved "Alice" (which had been airing on Wednesday) into the slot in the spring, then "Tucker's Witch" (which had been airing on Thursday) in the summer. The following season, 9pm Monday was first given to "AfterMASH" (presumably to capitalize on people's long-time viewing habits), then to "Kate and Allie" (new for '83-'84) in the spring, and "One Day at a Time" (moving it from Sunday nights).
Like Reply Delete

Or drag a file here to upload
LoveMETV22 14 days ago
Here's a thought or a suggestion MeTV. If you're going to post a story about newspaper articles, why not add a link to those clips or set them up in a Googledoc or a Pdf with a link also. Most archived newspaper articles require a subscription to view old articles, and most folks, unless they're a researcher or an archivist don't subscribe to such. Just for historical interest it might have been interesting to read the full article. Just a suggestion for this article and/or future articles of this type.
Like (2) Reply Delete 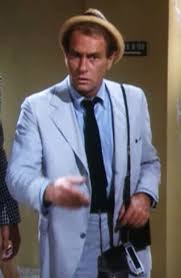 Michael 15 days ago
Am Ithe only one who didn't see it until much later? I finally saw it after finding a used VHS copy at a book sale (a commercial release) maybe 15 years ago, not earlier.

Well, someone commented that he was stationed in Alaska and missed it, so there's two of us.
Like Reply Delete

daDoctah 15 days ago
I'm gonna ask the researchers at MeTV to do a little digging and find out what shows aired on the other networks opposite the M*A*S*H finale. Should be kind of an interesting time capsule.
Like (1) Reply Delete
Load previous comments

cperrynaples daDoctah 15 days ago
According to the Brooks-Marsh book, the shows that ran against Sullivan that season were Walt Disney and Grindl on NBC and Arrest And Trial on ABC! Fun fact about Arte: He once say goodnight to The Avengers & Peyton Place, the ABC competition!
Like Reply Delete

daDoctah cperrynaples 15 days ago
A site called tvtango.com shows listings by date, so can confirm not only your info, but that the Disney was the first of three parts of "The Scarecrow of Romney Marsh", the Grindl episode (that was Imogene Coca's show) was "Dial G for Grindl", Arrest and Trial was "People in Glass Houses", and also opposite the first half of Ed's show on ABC was the second part of The Travels of Jamie McPheeters episode "The Day of the Lame Duck".
Like Reply Delete