While some scenes wouldn’t happen in real life, the classic sitcom got some surprising things right.

Doctor Mike Varshavski is a family medicine physician who has gained fame for his funny insights and reactions to medical movies and shows. His Youtube channel has 7.7 million subscribers and some of his videos have reached over 20 million views. Of course, the fact that People magazine named him “Sexiest Doctor Alive” might have something to do with his popularity as well. 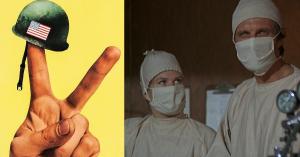 He has watched and reacted to everything from Grey’s Anatomy to medical scenes in Seinfeld and pointed out what is and isn’t medically accurate. He recently scrutinized M*A*S*H and had plenty to say.

It goes without saying that a fictional sitcom isn’t the best source of medical information. Doctor Mike mentions a few things that would never happen in a real hospital, especially in the 21st century. But Hawkeye, Major Houlihan, Radar and the rest were working in the 1950s on the front lines of a brutal war. Certain compromises had to be made and exact protocol couldn’t always be followed.

Nevertheless, it’s a fun look at how a doctor views a medical series. One of the most accurate things M*A*S*H portrays? Doctors have notoriously bad handwriting. 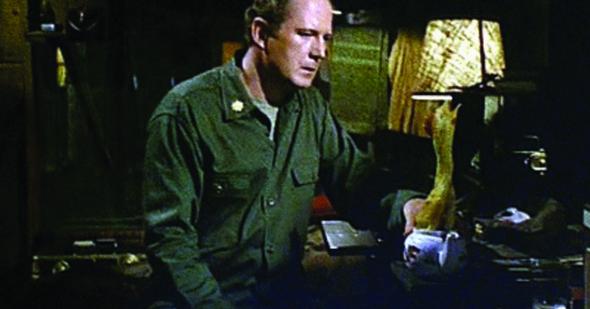 David Ogden Stiers stood up for stutterers in the real world, too
Are you sure you want to delete this comment?
Close

Fleiter 15 months ago
Does this guy realize the show is set in 1950?
Like (4) Reply Delete

Pacificsun 15 months ago
I realize his channel has to be exciting, and he's got the subscribers to prove it!! But I don't think he's spent too much time in Hollywood. MASH was supposed to have Medical Consultant overseeing that stuff. But think about what they ~couldn't~ show and you get a better appreciation for what they were able to pull off!

For awhile didn't they have a limit on how much "blood" could be shown per episode?
Like Reply Delete

Lily Pacificsun 13 months ago
There were limits on the amount of blood and the number of curse words.
Like (1) Reply Delete

Zip 15 months ago
Haven't watched the whole thing(would rather read a story than watch some guy's Youtube video anyway), but he seems to be using his modern day sensibilities in most of his reactions. That, and I'll bet this guy has never seen combat in a front-line unit. This type of critique would be much better coming from a doctor who was actually in a combat medical unit. And I have read some of those who have critiqued MASH.
Like (4) Reply Delete

Moverfan Zip 15 months ago
They had a doctor on the set--Dr. Walter Dishell (I think I've got his last name right) was generally the last person listed in the closing credits as their Medical Advisor.
Like (4) Reply Delete
LoveMETV22 Moverfan 15 months ago
That's a good observation. I haven't noticed that, now I'll be watching for it. Just an opinion, It's great that they had an advisor on their staff. Had the show been a medical show like say ER or Chicago Med authenticity would be more important. Yes M*A*S*H technically has a lot of surgery scenes but it's not the entire show. The video was humorous, people can critique the authenticity but it's not all that important. TY
Like (2) Reply Delete

Andybandit 15 months ago
Great story. If that guy in the picture is the doctor. I would love to be my doctor. He is cute.
Like Reply Delete

GadgetDon Andybandit 15 months ago
Dr. Mike is a real doctor who has a YouTube channel - has a number of videos about his life at his clinic and discussing medical school and residency. He does medical reviews of various shows (Gray's Anatomy does NOT do well). Also has useful info about how to talk to your doctor about your issues, what to expect, etc.
Like (1) Reply Delete

Or drag a file here to upload
LoveMETV22 15 months ago
Well, that was a little different style from the usual story style MeTV follows. Actually it would be nice if every so often they do a story in this format. - JMO- what do others think❓ ❓
Like Reply Delete

Pacificsun LoveMETV22 15 months ago
Oh yes, always love to see the YouTubes. They could drive home a point very well with them. But my hunch is they don't want the writers to take short cuts. It's easy to get hooked on YT.
Like Reply Delete
LoveMETV22 Pacificsun 15 months ago
Yes, there is lots of good video, not too bad with some free shows and movies, I had told texasluva at one time- between cable, streaming and you tube you can find practically anything.
Like Reply Delete

15inchBlackandWhite 15 months ago
Years ago I saw a veteran New York City police detective on The Mike Douglas Show. He was making a similar analysis of which TV cop shows were accurate, and which were not.

His pick for the least accurate? Hawaii Five-O. Why? "Because at the end of every episode McGarrett says 'Book 'em, Danno' and if that was really the case you'd never see Danno on the show because he'd be spending all of his time in court."

His pick for the most realistic TV cop show?

ValT Moverfan 15 months ago
Ahh, Moverfan, you quoted my favorite Barney Miller episode! Did you realize that Castle was also set in the twelfth precinct? I believe I read somewhere that Castle's comments about the coffee were an homage to Barney Miller.
Like Reply Delete

Moverfan ValT 13 months ago
Didn't know that and I used to watch Castle. Either I never heard them mention the precinct number or I did and I just don't remember...
Like Reply Delete

Moverfan ValT 13 months ago
I saw Max Gail on a rerun of Murder, She Wrote just recently...oh, Stanley Thaddeus, what a stinker you played!
Like Reply Delete