Where To Watch Shop Store Contact
Home / Stories / Gunsmoke's Amanda Blake proved she could do anything on her own
GunsmokeAmanda BlakeDid you know?

Gunsmoke's Amanda Blake proved she could do anything on her own

December 23, 2022, 9:35AM By MeTV Staff
On Now
Does this scene prove that Matt and Kitty did in fact share a kiss on Gunsmoke?
Up Next:
Share

Amanda Blake played the role of Kitty Russell on Gunsmoke, the longest-running Western in TV history, for a total of 569 episodes. Her character of Miss Kitty is part of the reason the show was so successful.

In a 1961 interview with The Vancouver Sun, Blake talked about her journey to become an actress.

"I very early decided what I wanted most was to become an actress, a fine actress, a good actress, to play different parts in different worlds," she said. "I hardly ever thought of a marriage and a husband and children."

After Blake graduated high school, her parents encouraged her to stop pursuing acting, but Blake started the grind of building a name for herself. Soon, she found herself getting two of her options picked up by Metro-Goldwyn-Mayer.

Shortly after her options were picked up, a policy of retrenchment was ordered and Blake was dropped.

"We tried at that point to get Amanda to give up her career, to find a nice young man and settle down and make us grandparents," Blake's mother said. "But no, she said acting was in her blood, that acting was her life... She's dedicated to her career with a kind of fanaticism which is difficult for us to understand. But that's the fact, and we recognize it. Marriage has just no place in her present plan of progress."

Although Blake wasn't looking for that special someone at this time, she was married twice prior to this interview in 1961. Being married twice made Blake both a little wiser, and even more dedicated to her career. 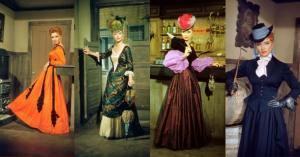 Did you know?
Amanda Blake helped design Kitty’s dresses and showed them off in a colorful 1958 fashion spread

"I think that I used marriage as an escape mechanism, an escape from frustration, born of the fact that I wasn't working as an actress," she said. "I know now that I cannot mix marriage with a career, because to me the career comes first. And that's not fair to any husband, so I live alone."

Blake had to deal with a lot of pressure from the public, and some criticized her choice to stay single in Hollywood. Many people even asked the actress how she could "live a manless life."

"Well, it's not manless at all," she said. "I work all day with James Arness and Milburn Stone and Dennis Weaver and a whole crew of grips and prop men. I have men around me all the time."

"It may sound unfeminine, but I don't need a husband right now," she said. "When a little girl recognizes me in the street and asks for my autograph, even today after six years of being on the show, I get a bigger thrill out of that than when a man says 'Darling, you look lovely.'"

Man or no man, Blake was doing just fine on her own.

"I've become a successful actress, and I made it the hard way," she said. "No one gave me anything in this business except my start at Metro. I struggled the whole way. You know how I got my start on Gunsmoke? I insisted upon it." 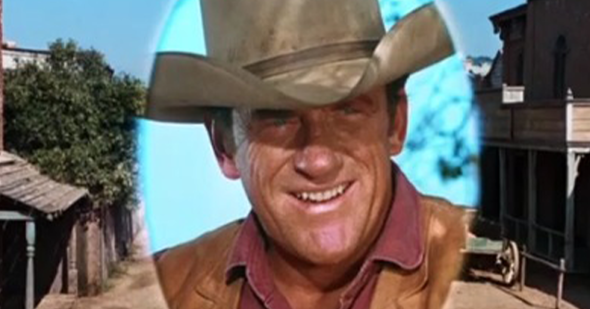 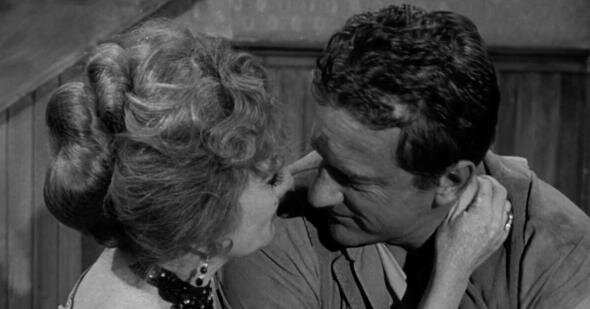 Gunsmoke
Does this scene prove that Matt and Kitty did in fact share a kiss on Gunsmoke? 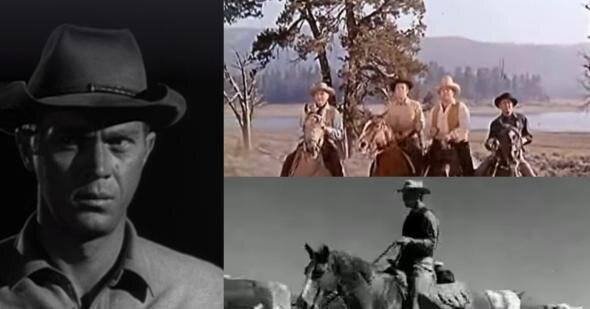 GunsmokeThe RiflemanWesterns
Can you name the Western from a zoomed-in image of the opening credits?
Are you sure you want to delete this comment?
Close

AlanRock18 1 month ago
Pity that the last man she DID choose to marry wasn't a man at all.

And that one never told her he was HIV-positive.
Like (2) Reply Delete

tootsieg 1 month ago
“Kitty” was a well written role and Amanda Blake played her perfectly. Tough yet gentle and no nonsense.
Like (1) Reply Delete

Runeshaper 1 month ago
Amanda Blake was a gem 💎 Loved her on Gunsmoke!
Like Reply Delete

RogerThat 1 month ago
Have a look at the 2003 movie titled "Mona Lisa Smile".

RogerThat RogerThat 1 month ago
To get an understanding of the attitude regarding the role women should play in society back in the 1950's and earlier, and even into the 1960's.
Like Reply Delete

Pacificsun 1 month ago
This was a good article because of the angle (point of view) offered. It might not have as much impact in today's world. But AB lived in an era (as did LB) which was a tough enough time being a woman (feminine) much less shunning the stereotype. My dad loved every Western ever made for TV. But he had a fascination for Gunsmoke, and the JA & AB on screen chemistry. I don't know if this story ever made it to TV Guide (there was no internet). But my guess is, he admired the strength (independence) of the character as brought to life by the actress. My guess is there were no "single" female business owners in the Wild West. Because they'd be too vulnerable, but of course she had the rabid protection of Matt Dillon.
Like (1) Reply Delete

RogerThat Pacificsun 1 month ago
I think there actually were quite a lot of "single" female business owners in the Wild West. Most were widows or "in between husbands". They mostly owned stores catering to women needs. But there were also women who ran boarding houses. Some owned and ran ranches that they inherited from parents of a husband that had died. Nevertheless, it certainly would have been a tough life for many women back then.
Like (2) Reply Delete

Pacificsun RogerThat 1 month ago
How cool to learn all of this. I stand corrected. And appreciate you sharing this information with me. And for the others who are reading this exchange.

LoveMETV22 1 month ago
🎄🎄🎅🎅 " Happy Holidays and Seasons Greetings to the Staff at MeTV " 🎅🎅🎄🎄
Thank You MeTV Staff for a wonderful year of stories.
Like (3) Reply Delete

So well said above, I confirm the appreciation and enjoyment you've brought to us all year long, in so many imaginative formats!! 🎄✨😉