The real uncle behind classic TV's most curious punch in the nose. 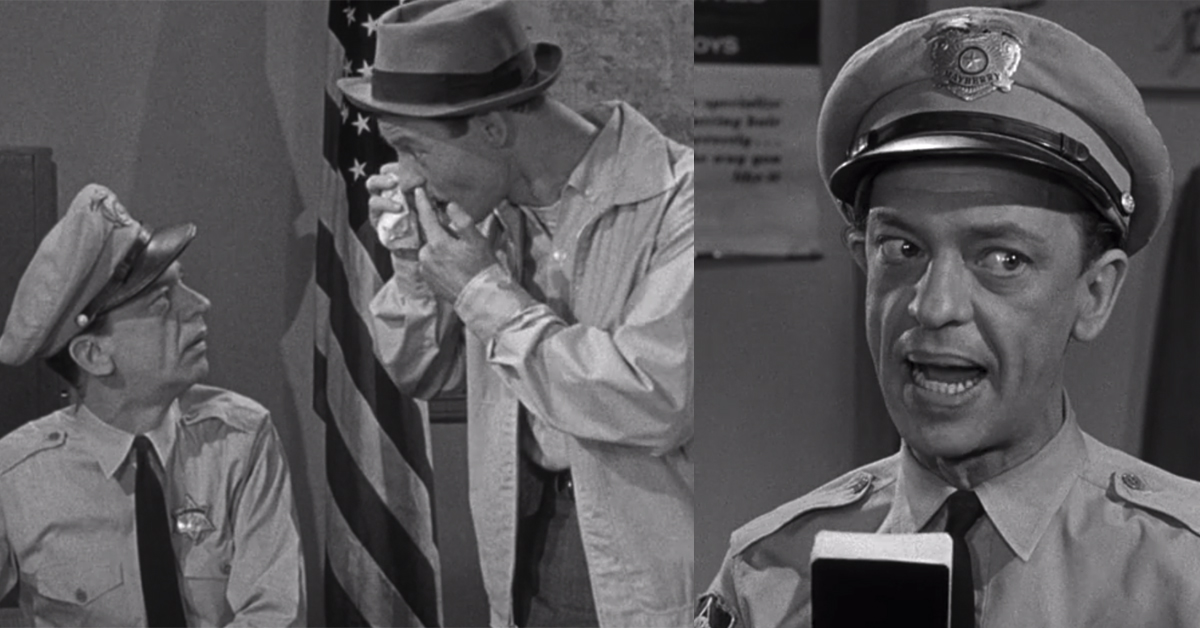 It's not often that Andy actually gets upset with Barney on The Andy Griffith Show, no matter how much he bungles things, but if there was one episode that nearly almost went there, it was probably "The Case of the Punch in the Nose."

The episode finds practically the whole town of Mayberry out of character when Barney reopens an investigation into a 20-year-old case that found Floyd the Barber the admitted fist behind a punch in the nose at his iconic shop.

As Barney pokes into what really happened to cause the punch in the nose, the whole town takes sides, and this results in many more punches thrown, even by unlikely nice guys like Goober! By the end, everybody's noses are bandaged up and Barney finds himself in the exact same sort of situation that led to that initial punch in the first place.

As usual in The Andy Griffith Show's hilarious history, "The Case of the Punch in the Nose" is rooted in reality. According to one of the episode's writers Sam Bobrick – who counted the episode among his very favorite – the inspiration for the story was one of his uncles, who quite simply liked to punch people in the nose any time they had a problem with him.

Bobrick told the Archive of American Television, "Some of the episodes were things that happened in my life. I came from a small town. So I add that value to the show." He continued:

Bobrick said the most fun thing, though, about writing for The Andy Griffith Show, his favorite show he ever wrote for, was how Andy Griffith and Don Knotts elevated everything he penned.

He said, "I loved it. I loved it. They had a great relationship, and we would do some of the routines that worked out so well, and they were two actors who made your stuff better. You know, sometimes you get into a situation where they don’t make it better, but they did. They worked so well together. And actually, what happened was that when Don left the show, I found it difficult to write the show. Then when Andy left the show, it was almost impossible to write the show.”

Most fans would agree that the best episodes of The Andy Griffith Show featured Griffith and Knotts playing off each other, and Bobrick confirmed their special dynamic extended to the writers, too. He said, "Andy was what he was [on the show]: really nice. Don, I became really good friends with and actually directed him in a couple plays. It was nice. It was a nice situation. I never had that kind of relationship again on any half-hour show I did, with any people."

JeffTanner 44 months ago
GET OFF THIS PAGE!!! AND STAY OFF!!
Like Reply Delete