Who's still frightened by the Zuni warrior doll? 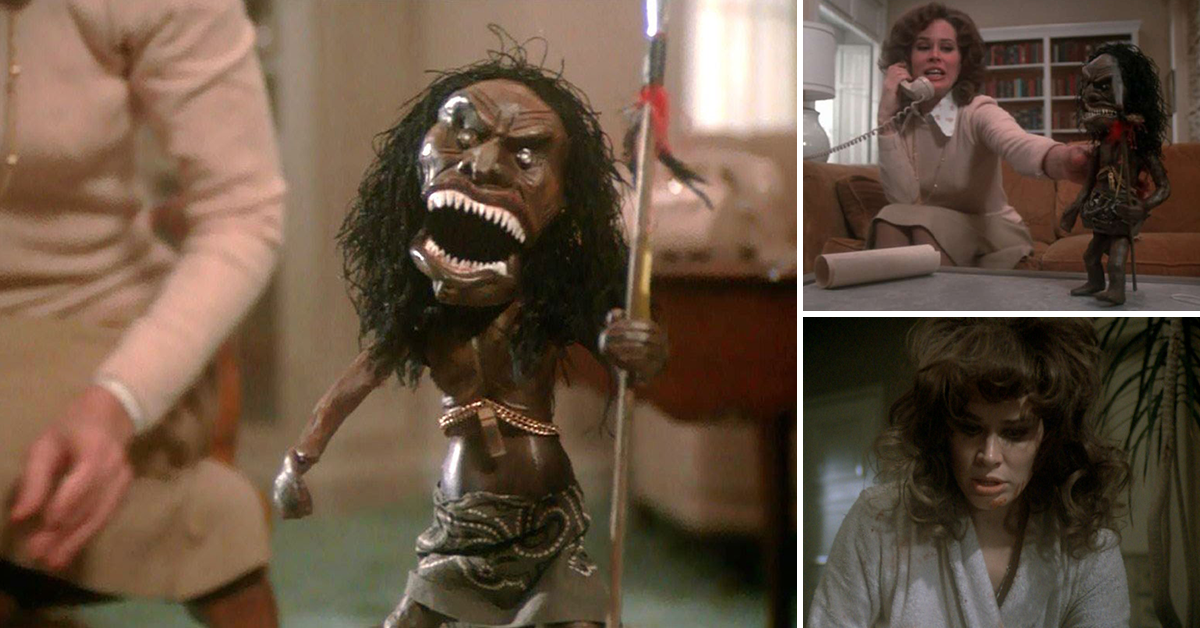 October is always a time of frights. With the days getting darker and Halloween right around the corner, it's the perfect time to sit back and watch a scary movie.

Last week, we revisited some of the most ridiculous episodes of ABC's Movie of the Week. A lot of them were silly, and some were unbelievable, but one thriller struck a nerve with readers.

Trilogy of Terror (1975) is remembered as one of the scariest productions to air on primetime television. In particular, the third installment sticks out for being a hair-raising spectacle that ensured the nation would lose sleep for a week.

See Also: 8 absolutely ridiculous 'Movies of the Week' we want to rewatch

"Amelia"tells the story about a beautiful young woman who lives alone and has a contentious relationship with her mother. One day, a package she orders comes in the mail.

She describes it as a Zuni warrior doll, and she thinks it'll make the perfect gift. Just looking at it, wouldn't you think so too? 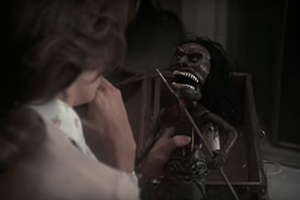 An inscription that comes with the doll says there is a spirit inside the doll, and the gold chain around its neck will keep it from coming to life.

Well, that shouldn't pose any problem.

Amelia goes about her day and returns to find the doll is missing. She checks under the sofa — it's not there. In the kitchen? Not there either. "Come on, Amelia," she exclaims to herself, knowing either she is crazy or this doll is walking around her apartment.

Soon enough, the doll attacks Amelia by stabbing her ankles. In a hurry, Amelia runs away and trips twice while running to lock herself in her bedroom.

Amelia frantically calls the operator in tears and tells them to get the police. "I don't know where I'm located," say cries. Well, Amelia, then we're not sure the operator can help you in that case.

The Zuni warrior doll continues its wrath of terror around the apartment while Amelia tries everything in her power to subdue the beast. She tries drowning it, throwing lamps at it and putting it in a suitcase.

Finally, Amelia figures out what to do. She throws the doll into the oven where it slowly quiets down. A black cloud of smoke fills the kitchen. Amelia checks on the demon, and the camera fades to black.

All seems right with the world when Amelia calls her mother to invite her over to dinner. But we quickly learn the spirit has taken over Amelia, and the mom will probably die before digging into the pot roast.

Who remembers this frightening tale? We've attached it below to jog your memory.

By the way, do you even remember the other two installments of Trilogy of Terror?

The Trilogy of Terror

It's Friday night and Amelia has just arrived home at her high rise, with a birthday gift for her special guy. A Zuni fetish doll. What follows is one of the most memorable and terrifying stories of horror ever created.

Snickers 10 months ago
I saw a movie years ago about a plane load of people being terrorised by a druid tablet being carried in the cargo hold. I think William Shatner played a priest who allows himself to be killed to save the passengers since the evil in the tablet wants a human life as payment to release those trapped in the tablet. I may be wrong on the plot as i say this was a long time ago. Does anyone have any idea about the name of this movie?
Like Reply Delete

JoanStevenson 32 months ago
There was one about a teacher who we thought was being sexually blackmailed by one of her students, but it was the other way around with deadly consequences and then the case of the "twin" sisters that was really a case of split personality. I still have a copy of this movie somewhere in my library.
Like Reply Delete

eddiec 32 months ago
How can anyone forget?
Like Reply Delete