Little Jeff Connors was paid handsomely in his Rifleman debut

The 7-year-old son of Chuck Connors had two lines of dialogue in a small but sweet role on the classic Western. 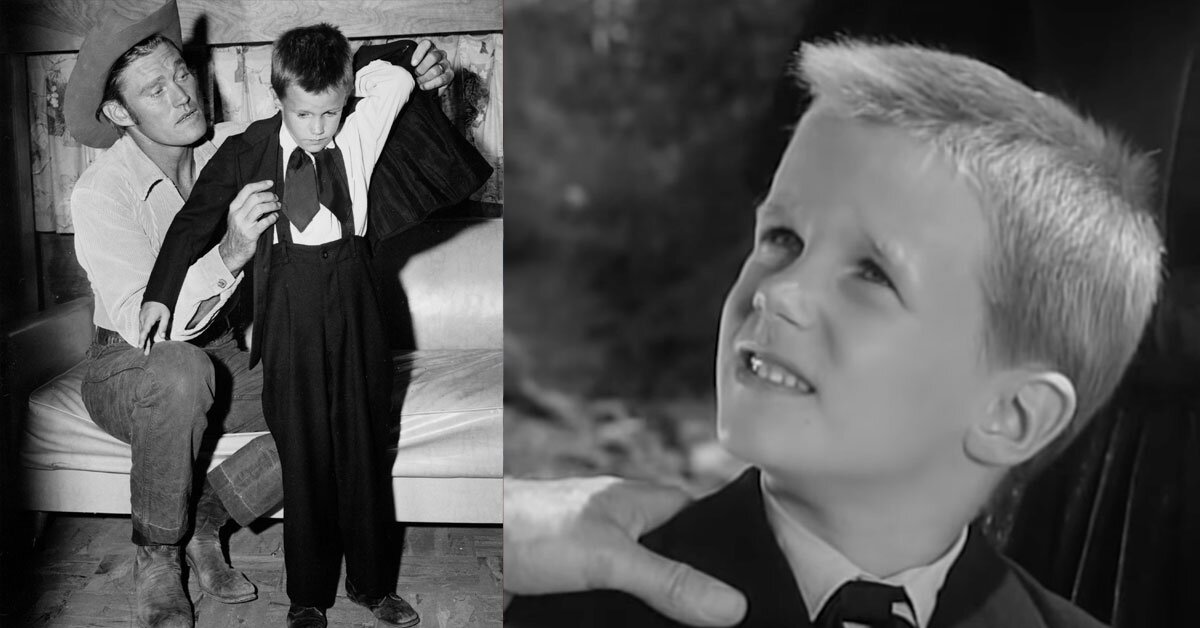 It’s not uncommon for family members of famous stars to appear in their onscreen projects. Ron Howard’s dad, Rance, and his little brother, Clint, both appeared on The Andy Griffith Show. Will Geer’s daughter cameoed on The Waltons and both stars of Adam-12, Kent McCord and Martin Milner, brought their daughters onboard for small roles.

But before all of these examples, Chuck Connors brought his son, Jeff, to North Fork in The Rifleman episode “Tension.” 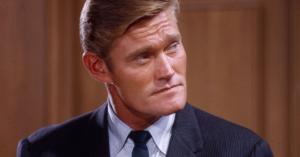 Did you know?
Chuck Connors turned down $10,000 because he refused to make fun of Westerns

The story revolves around a seemingly ordinary rancher, Sid Halpern, who admits to a criminal past and pays the ultimate price in a gunfight with some nefarious bounty hunters. Lucas, who counted Sid among his friends, tries to keep the truth from the widow and young son left behind.

Jeff Connors portrays little Toby Halpern, who we meet at his father’s funeral. When Marshal Torrance calls Toby “the man of the house,” Toby replies “I know sir, I’ll try to do my best.” He then turns to his mother and says, “Ma, we better hurry if we don’t want to miss our stage.”

It’s a touching scene made even more special by the family connection. It was also a lucrative scene, especially for a seven-year-old in his onscreen debut.

According to the caption of an AP photo saved on a Rifleman fan site, Jeff was paid “about $300” to play Toby. That’s $150 per line of dialogue, not bad! Especially considering that’s almost three grand in today’s money. The younger Connors also had to get a California work permit for the gig “which he’s been rehearsing with his dad for the past month,” reads the caption.

“Tension” would be Jeff Connors’ biggest TV role. He had uncredited background parts in two other Rifleman episodes, “First Wages” and “The Schoolmaster” which also featured his older brother, Mike Connors, and his younger brothers Steve and Kevin. Jeff also had a cameo in the 1973 Chuck Connors film The Mad Bomber. 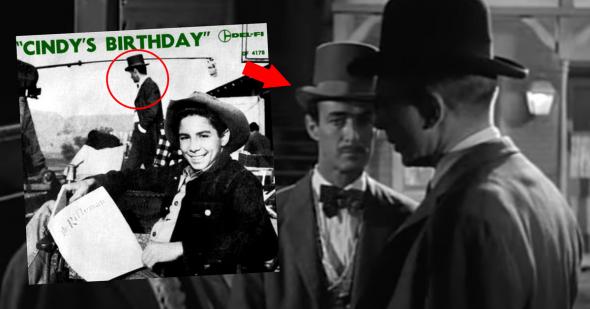 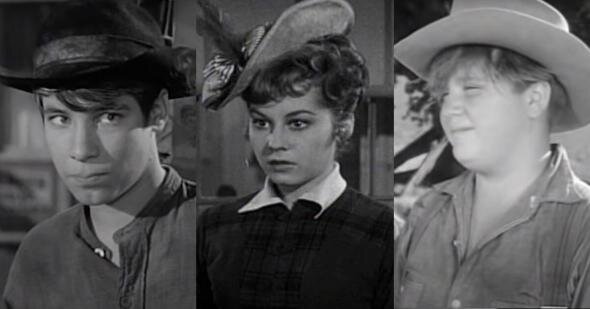 Sorry, Millennials, only Boomers can recognize all these Sixties child stars in The Rifleman 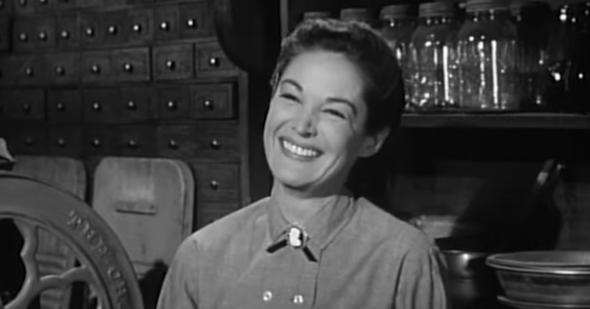 How well do you know Milly Scott from The Rifleman?
Are you sure you want to delete this comment?
Close 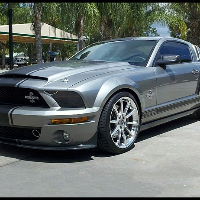 GTStang08 8 months ago
Little Jeff Connors said his lines so quickly and faintly, I had to play it back to hear and understand that youthful chirp...lol He was a cute child. I guess acting wasn't his calling as he didn't follow in his dad's footsteps. I believe Steve is the only surviving son of Chuck Connors now. The rest have passed on.
Like Reply Delete

ELEANOR 9 months ago
They cited a certain salary figure that little Jeff Conners earned, but the real "payment" was being able to be with his father and to find out what his father did all day. It's possible that he had no idea that he earned anything at all and if he did, then his father probably let him buy a special toy; the rest being socked away in a special fund.
Like Reply Delete

sullivanbear 9 months ago
Some of the stories on here are interesting but not all of them.

tootsieg 9 months ago
Very good story. I will look for the other sons in the mentioned episodes. Thank you!
Like (1) Reply Delete

GTStang08 tootsieg 8 months ago
I'll be looking for the other sons as well. I did, before this story, noticed Jeff in "First Wages" as they (two friends of Mark's), wanted Mark to go fishing with them, but Mark was hard at work to save up money to get his "Pa" that saddle. I guess off screen, Jeff felt Hollywood (acting) wasn't for him.
Like Reply Delete

Runeshaper 9 months ago
That is really neat!
Like (1) Reply Delete

Andybandit 9 months ago
That is so cool. I love when family members works together on movies and TV shows.
Like (3) Reply Delete