Where To Watch Shop Store Contact
Home / Stories / Only The Hanna-Barbera Happy Hour could bring together Yogi Bear, hot tubs and M*A*S*H
Did you know?1970s

Only The Hanna-Barbera Happy Hour could bring together Yogi Bear, hot tubs and M*A*S*H

The Honey and Sis puppets had the same fashion designer as Carol Burnett. 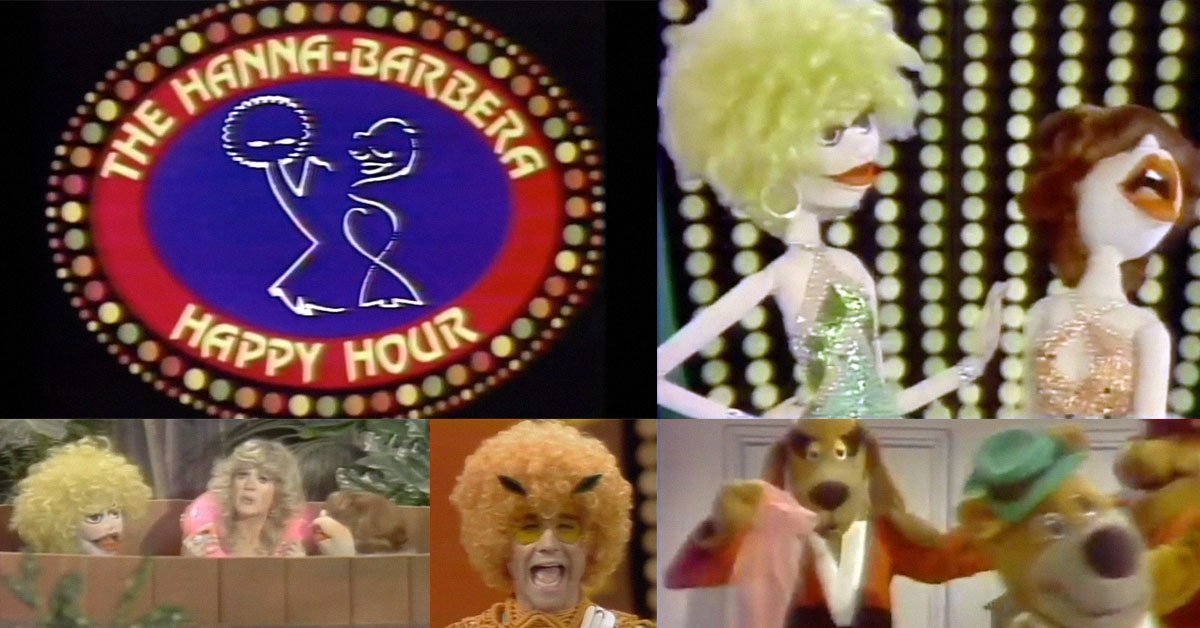 From the people that brought you The Flintstones, it's… Potsie in a hot tub? Seventies television was known for its wild variety shows, programs that brought together singing, choreography, celebrities, sketch comedy, sequins, slapstick and bellbottoms. In what other decade could Sid and Marty Krofft, the trippy visionaries behind H.R. Pufnstuf, produce the Brady Bunch (complete with "Fake Jan") kicking and crooning in matching costumes?

There was even a great variety amongst the variety shows. Some had a country flavor (Hee Haw), while others leaned comedy (The Flip Wilson Show) or pop (Tony Orlando and Dawn).

But the most surreal entry into the variety show genre of the 1970s was undoubtedly The Hanna-Barbera Happy Hour. It was hosted by puppets and had a recurring hot tub segment. 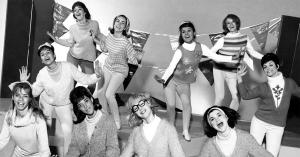 Any television fan will recognize the names Hanna-Barbera. The production duo delivered some of the greatest animated series in history. Pioneering primetime shows like The Flintstones and The Jetsons brought artistic credibility to cartoons. Saturday morning fare such as Scooby-Doo, Super Friends and Yogi Bear launched characters recognized around the world.

Legendary animator Iwao Takamoto was behind the look of those two puppets. In his early Walt Disney days, the California native worked a character designer on Cinderella (1950), Peter Pan (1953), Lady and the Tramp (1955), Sleeping Beauty (1959), and One Hundred and One Dalmatians (1961). For Hanna-Barbera, he designed both Scooby-Doo and Astro. A coworker bred Great Danes.

Honey and Sis took inspiration from another Seventies television twosome.

"They were a duo along the lines of Laverne and Shirley," Takamoto recalled in his memoir, Iwao Takamoto: My Life with a Thousand Characters. "Honey and Sis were really operated by a team of six movement experts dressed entirely in blue tights, who stood behind the puppets in front of a blue screen, which rendered them invisible on camera." 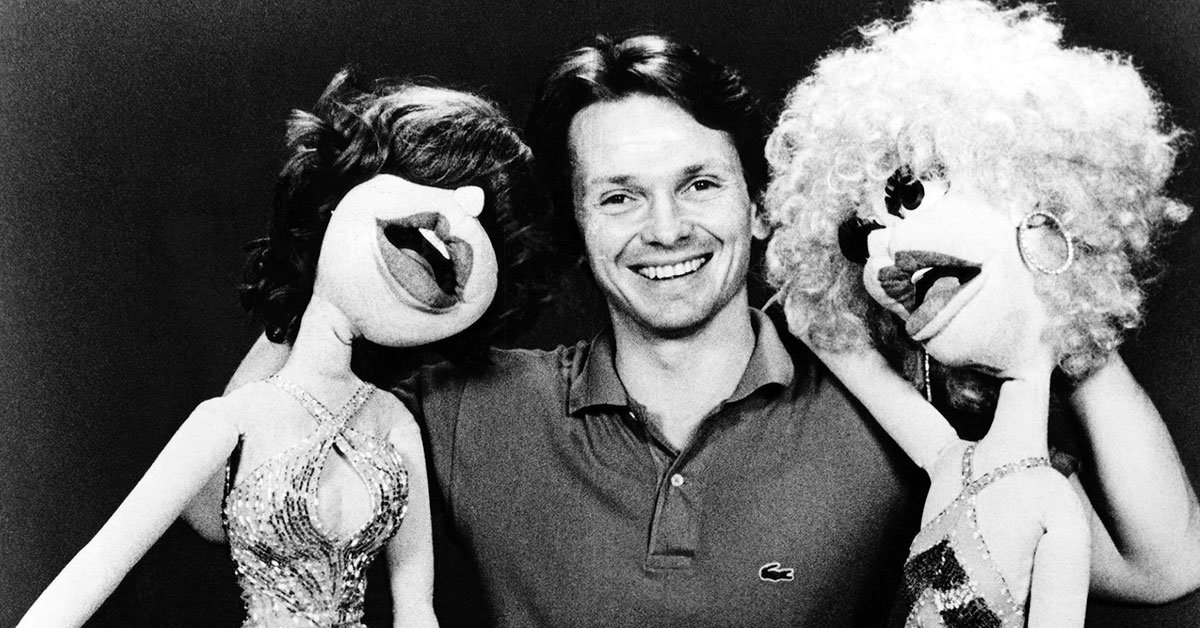 The Everett CollectionFashion designer Bob Mackie with Sis and Honey

What was visible was the wardrobe worn by the puppets. None other than Bob Mackie, the fashion mind who crafted the brilliant "curtain dress" for Carol Burnett, not to mention threads for Cher and Elton John, made the clothes worn by Honey and Sis.

A quirky array of TV stars mingled amidst this menagerie of puppets and mascots. Gary "Radar" Burghoff from M*A*S*H popped up in the premiere, as did Abe Vigoda and Tony Randall. Later episodes welcomed Gavin MacLeod, Anson Williams, Robert Conrad and Tom Bosley.

Williams (Potsie from Happy Days) and Conrad (headling the war series Baa Baa Black Sheep at the time) both hopped into the hot tub for the Happy Hour's recurring "Truth Tub" segment. The two puppets would interview the guest inside a steaming hot tub. Let that sentence sink in for a moment.

This being a variety show, musical numbers played a big part in the production. Connie Stevens sang a tune backed by a bizarre band of far-out kooks playing three-horned saxophones and 10-foot trombones. They looked like Witchiepoo from outer space.

Alas, this short-lived series lasted a mere five episodes. Honey and Sis could not compete with the two-headed juggernaut of Welcome Back, Kotter and What's Happening!! over on ABC.

The Hanna-Barbera Happy Hour stopped serving as spring turned to summer. The network replaced this oddity with CHiPs reruns. 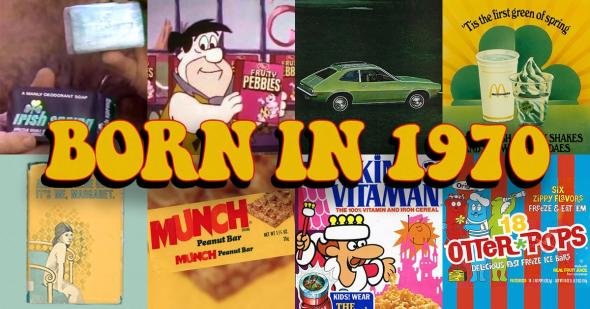 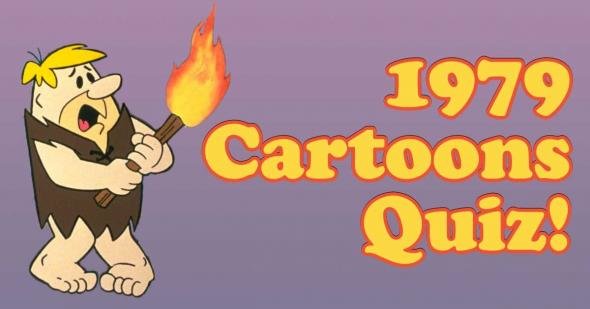 kz985p 35 months ago
Can't say I remember either..
Like Reply Delete

Barry22 35 months ago
Never heard of it, and judging by the article, that's a good thing.
Like (3) Reply Delete

Cyn_Finnegan 35 months ago
I remember it. It was hilarious!
Like (2) Reply Delete

moax429 Cyn_Finnegan 35 months ago
So do I (I especially remember my mom would watch "The Hanna-Barbera Happy Hour" - or, as she called it, just "Honey and Sis" - with me and my younger sister and couldn't stop laughing). Definitely one of the few (as well as, in this case, short-lived) saving graces of 1978, an otherwise bad year in my life.

Apparently others seem to remember this show, too - right before TV Shows on DVD.com went to an all-Facebook only format, "The Hanna-Barbera Happy Hour" garnered over *200* votes in favor of a DVD release of the 5-episode series. So what about it, Warner. Bros.? You could make "Honey and Sis" a manufactured-on-demand title as part of your "Warner Archive" series (anybody else who supports that notion, see Warners' contact information at their WB Shop website and let them know).

By the way - the band who looked like "Witchiepoo from outer space" was named "Rudy Baga and the Vita-Men."
Like (2) Reply Delete

RobCertSDSCascap 35 months ago
Only 5 episodes? No wonder I don't remember it.
Speaking of the Kroffts, I just got D.C. Follies, the complete series DVDs!
Like (1) Reply Delete