Where To Watch Shop Store Contact
Home / Stories / Do you remember the show 'Tenspeed and Brown Shoe'?
Do You Remember?

Do you remember the show 'Tenspeed and Brown Shoe'? 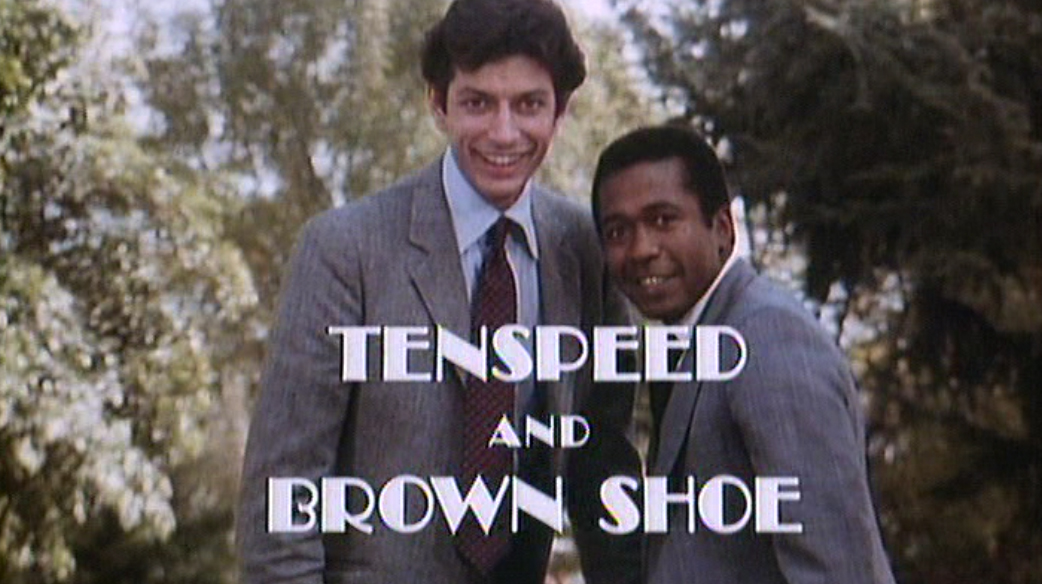 Stephen J. Cannell wrote, created and produced some of television's greatest action shows and iconic cops, from The Rockford Files to 21 Jump Street. His style of macho camaraderie came to define 1980s hour-long tv on series such as The A-Team, Hardcastle and McCormick, Hunter, Riptide and Stingray. Cool dudes in cool vehicles.
And then, in 1980, there was Jeff Goldblum as a beanpole accountant obsessed with pulp detective novels and karate.
Tenspeed and Brown Shoe was Goldblum's first leading television role, a handful of years before his breakthroughs in The Big Chill and The Fly. The young and wiry actor delivers heaping servings of his trademark odd energy in the gig. The always great Ben Vereen co-starred as E.L. "Tenspeed" Turner, an ex-con who turns P.I. to satisfy his parole requirements.
The two amateur sleuths get tangled up with the mob and Nazi diamonds. The theme song was funky bluegrass. Yes, it was a little quirky. Watch the opening below.
The show lasted just one season on ABC. Though, oddly, Vereen reprised his role of Tenspeed seven years later in another Cannell production, J.J. Starbuck. Alas, Goldblum's Brown Shoe never returned. Perhaps now is the time?
Catch Cannell's Black Sheep Squadron Sundays at 7PM | 6C and The Rockford Files Weekdays at 12PM | 11C on MeTV.