R.I.P. Tommy Kirk, star of Old Yeller, The Shaggy Dog, and the Hardy Boys of The Mickey Mouse Club

He was named a Disney Legend for his work in The Absent-Minded Professor, Swiss Family Robinson, The Misadventures of Merlin Jones and more. 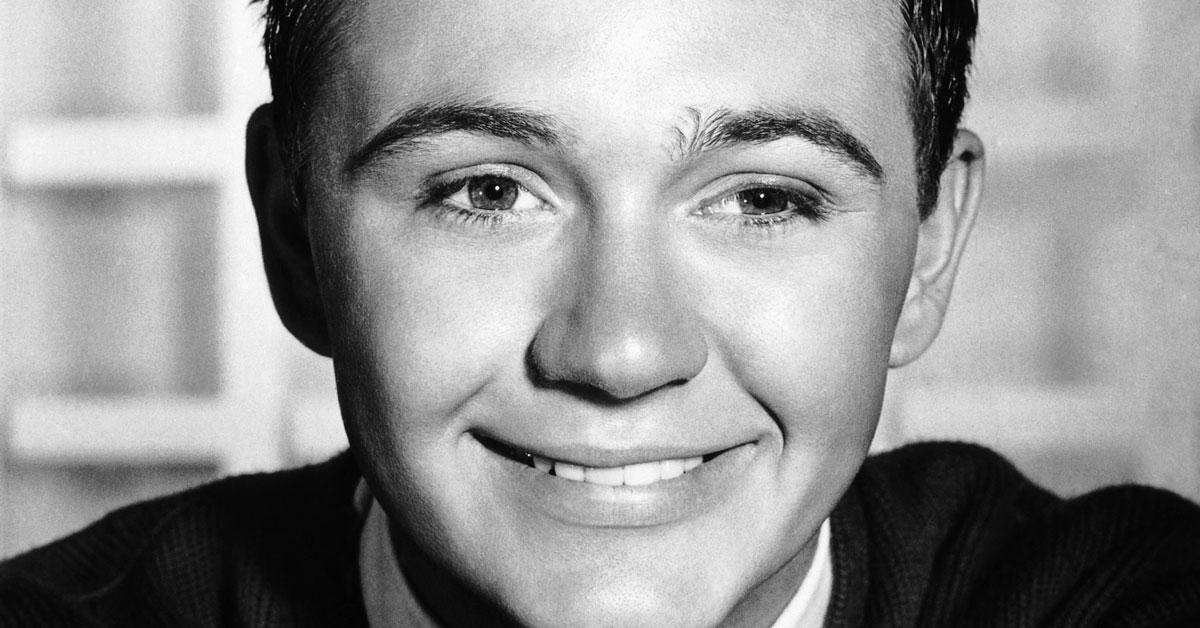 As it often happens with child stars, Tommy Kirk was discovered by accident. His older brother, Joe, wanted a part in a Pasadena Playhouse production of the Eugene O'Neill play Ah, Wilderness! Tommy went to the audition as well and ended up with a role while his brother didn't. The play also featured Disney star Bobby Driscoll, who had already appeared in Treasure Island and voiced Peter Pan. The younger Kirk brother didn't know it at the time, but he was about to join the Disney ranks himself.

Tommy Kirk's stage performance was noticed by a Hollywood agent. Kirk was soon signed and working regularly on TV. He appeared in Gunsmoke and The Loretta Young Show before playing Joe Hardy, with fellow Disney actor and My Three Sons star Tim Considine as Frank Hardy, in Hardy Boys mysteries first seen as segments in The Mickey Mouse Club. 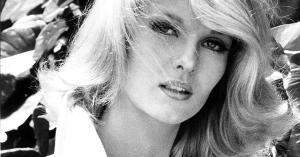 Kirk became an instant star two years after his start in television when he played Travis Coates in Old Yeller. His incredibly moving performance still resonates today as his most memorable role.

Kirk then became Disney's go-to actor for the next eight years. He was a teenager who becomes a sheepdog in The Shaggy Dog, he was shipwrecked with his family in Swiss Family Robinson and he had two run-ins with the zany, flying substance flubber in The Absent-Minded Professor and Son of Flubber.

He also starred in the vacation comedy Bon Voyage!, his fourth (out of five) times playing the brother of frequent Disney child actor Kevin Corcoran and also his fourth (and last) time starring alongside My Three Sons dad Fred MacMurray.

Kirk played college genius Merlin Jones in two movies opposite Annette Funicello, The Misadventures of Merlin Jones, and The Monkey's Uncle. In 1965, he starred in the cult comedy Village of the Giants with Ron Howard and Johnny Crawford, as seen on Svengoolie.

Though Kirk's Disney partnership ended abruptly after The Monkey's Uncle, he reconciled with the studio years later and was named a Disney Legend in 2006 for his numerous contributions.

Kirk said at the time, "I want to be remembered for my Disney work, like Swiss Family Robinson and Old Yeller." He even recalled a memorable moment with Walt Disney himself. "He was with Hedda Hopper, the legendary columnist. He put his arm around me, and he said, 'This is my good-luck piece here,' to Hedda Hopper. I never forgot that. That's the nicest compliment he ever gave me."

Tommy Kirk passed away this week. He was 79. 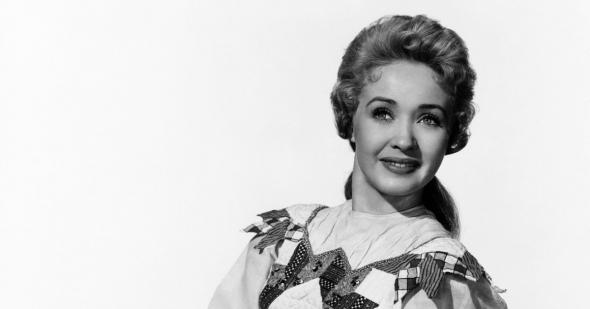 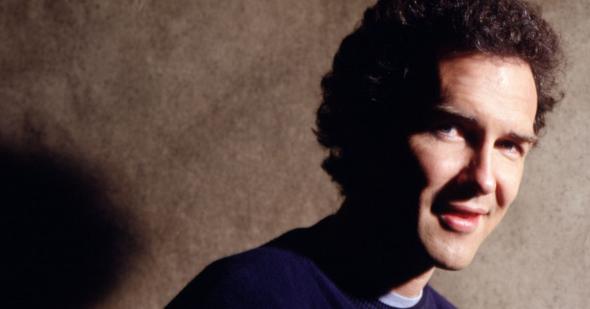 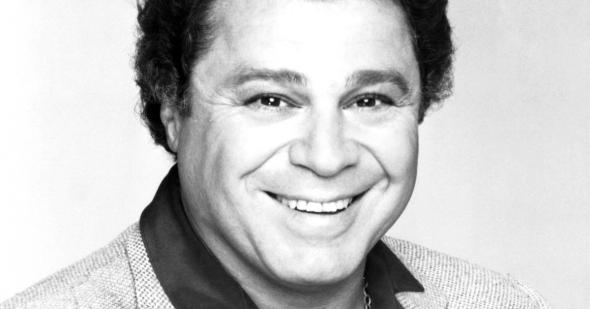 NewsObituaries
R.I.P. Art Metrano, comedian and ‘Police Academy’ star
Are you sure you want to delete this comment?
Close

Hollie 1 day ago
We as a family used to go to the drive inn back in the 60s and 70s and watch his movies ..i was like 9 or 10 they were good ...wish Disney made movies like this still
Like Reply Delete

retro6 17 days ago
Watched him in the Disney and beach movies as well as MMC when they ran in syndication in the 70s as a kid. My brother and I loved the Hardy Boys featured. RIP Tommy
Like Reply Delete

TheDavBow3 18 days ago
I really liked those Disney movies he starred in. Such wholesome family entertainment. Sad. Rest in Peace.
Like (4) Reply Delete

Toonhead 18 days ago
Sorry to hear that. I wanted to be him when I was little. R.I.P bro
Like (1) Reply Delete

Michael JessiJeffries 19 days ago
They don't make Disney movies like they used to.

Toonhead trendsetter75 18 days ago
Greedy for sure. I don’t know about communist.? I was thinking more like fascist. But hey, isn’t that all the big infotainment companies these days? Especially Fascistbook. R.I.P. T.K.
Like (2) Reply Delete

rayforhorror 19 days ago
I grew up watching all of the old Disney films as a kid, my parents got a bunch of them on vhs when I was growing up, and I remember the first time I saw Tommy Kirk was in Swiss Family Robinson; later on I saw him in the AIP pics as well as the other low budget fare he was stuck playing in later on in his career. RIP Tommy 😓🙏
Like Reply Delete

TheDavBow3 rayforhorror 18 days ago
I liked the American International movies too. Always fun.
Like (2) Reply Delete

tootsieg 19 days ago
Tommy Kirk was very popular and a teen idol. I loved all the Disney movies that he was in.
Like (1) Reply Delete

DerekJ 19 days ago
I wish they would add those Merlin Jones films to D+. I loved those things.
Like (3) Reply Delete

MichaelSkaggs 20 days ago
Made famous, or infamous, in "Garfield." He said, "Old Yeller." My favorite movie. I love a happy ending."
Like (2) Reply Delete

Mob39 20 days ago
So sad to hear what happened to him during his life/career. I had no idea he went through all that. The Swiss Family Robinson will always be a favorite. Rest In Peace. I did not say what he passed away from. Praying he went peacefully. Rest in peace Mr. Kirk. 🙏🏻
Like (2) Reply Delete

Runeshaper 21 days ago
R.I.P. Tommy Kirk, a true Disney Legend. It's extra AWESOME that he had that experience with Walt Disney (-:
Like (2) Reply Delete

jomo 21 days ago
He was fired by Disney for being gay. It kind of wrecked his career. RIP Tommy Kirk. He was a talented guy.
Like (5) Reply Delete
Load previous comments

denny Michael 15 days ago
Here is some quotes, he didn't seem to be very pleasant

[when asked about his contract termination with Walt Disney] Yeah, I picked somebody up. It was just one of those crazy things that I didn't know what I was doing; I used to swim in the public pool in downtown Burbank, and during the summer of 1963 I met this teenager and one thing led to another and we had an affair. And then he talked ... he either told a friend or told his parents about me, because his parents went down to the studio one day and Disney was confronted with this. I was on the set when I was suddenly called into Mr. Disney's office and there was this kid, this 15-year-old kid I was involved with, along with his angry-looking parents, Mr. Disney and a few executives. The kid's mother just yelled at me and threatened me. After coming clean about everything, they [the parents] thankfully didn't press sodomy charges, but that was the end of my contract. They [the studio] did not renew me.

I thought Jane Wyman was a hard, cold woman and I got to hate her by the time I was through with Bon Voyage! (1962). Of course, she didn't like me either, so I guess it came natural. I think she had some suspicion that I was gay and all I can say is that, if she didn't like me for that, she doesn't like a lot of people.

In December 1964, I signed a contract for 'The Sons of Katie Elder' with John Wayne, but a week before shooting I went to a Hollywood party that the vice squad busted because of marijuana. I was handcuffed and photos of me got in the papers with headlines like 'Ex-Disney Child Star Arrested for Pot!' So Wayne and the producers fired me.

After I was fired from Disney, I did some of the worst movies ever made and I got professionally involved with a manager who said it didn't matter what you did as long as you kept working. I wound up completely broke. I spent all my money on drugs to get out of the emotional pain I was in. I had no self-discipline or self-control and I almost died of a drug overdose a couple of times. It's a miracle that I'm still around. Finally, I said to myself, "to hell with the whole thing, to hell with show business. I'm gonna make a new life for myself", and I got off drugs, completely kicked all that stuff.

[on Fred MacMurray] I really liked him very much but the feeling wasn't mutual. That hurt me a lot and for a long time I hated him. It's hard not to hate somebody who doesn't like you. I was sort of looking for a father figure and I pushed him too hard. He resented it and I guess I was pretty repellent to him, so we didn't get along. We had a couple of blow ups on set ... He was a nice person, but I was just too demanding. I came on too strong because I desperately wanted to be his friend.

denny Nala92129 15 days ago
Shame on Kirk.
Like Reply Delete

denny rayforhorror 15 days ago
Copied some of his quotes for you. He didn't seem very pleasant.
Like Reply Delete

Michael 21 days ago
This is sad news. He was so big in our lives when I was a kid. It's odd to see his Disney roles were compressed into a short time.

I have a couple of his films on DVD, I shoukd buy some more.
Like (3) Reply Delete

MrsPhilHarris Michael 20 days ago
I tried watching Catalina Caper last week. Normally I love a lame movie, but it was just awful and uninteresting. It did get me to read up on Tommy Kirk though. He had a though time of it after getting fired by Disney.
Like (2) Reply Delete

Michael MrsPhilHarris 20 days ago
I meant to watch it, but forgot. The reason to watch it was because he's in it.

I think Svengoolie aired Village of the Giants, so maybe that will happen again.
Like (3) Reply Delete

rayforhorror Michael 19 days ago
The first time I ever saw Catalina Caper was MST3K's showing of it; and honestly, it's the only way one can stomach through it. Tommy is really the only redeemable thing about it.
Like (2) Reply Delete