Just try not to smile at this super-cut of Barney making Andy laugh. 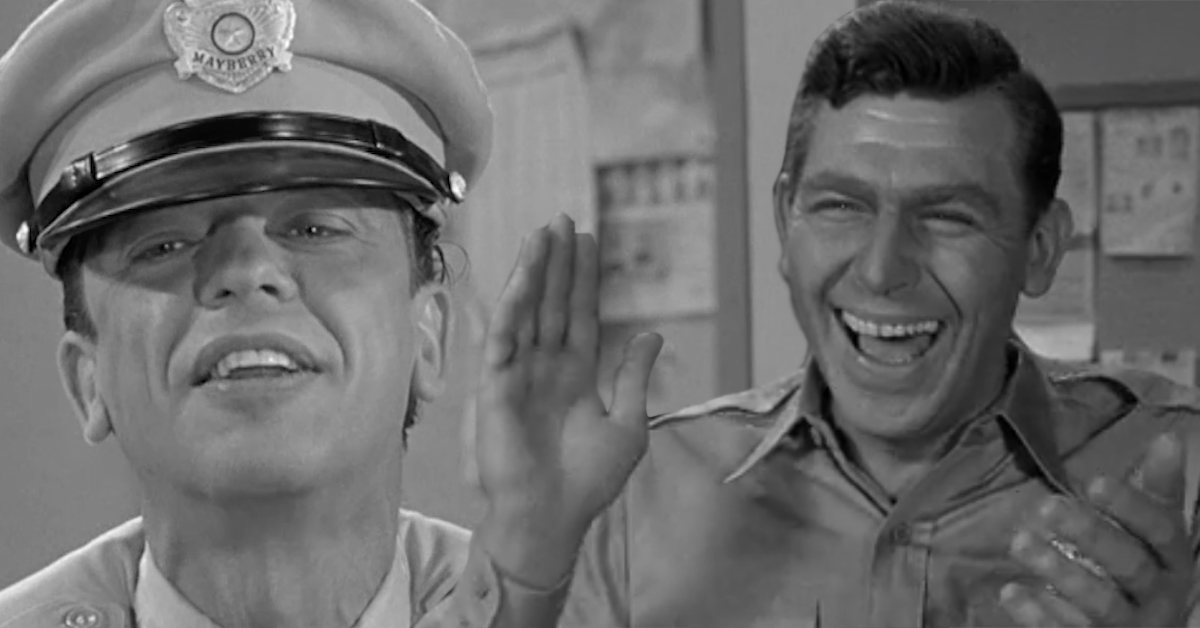 The chemistry between Andy Griffith and Don Knotts as a comedic duo extended beyond the screen, and the friendship that formed from the laughter these actors shared as friends translated right into the TV show they made together that remains one of the most special entries in TV history: The Andy Griffith Show.

Both Griffith and Knotts have fondly reflected on their friendship in the past, but in a new interview, Ron Howard has brought us right back to warm memories watching Andy Taylor and Barney Fife pal around on the screen. Speaking to Closer Weekly, Howard said:

"Andy was the world’s greatest audience for Don. Don had Andy literally in tears once a week."

nostalgia
Andy Griffith describes the first time Jim Nabors ever sang onstage
Just watch how natural Griffith's laugh is on the show and you'll get a feel for how much fun these two guys had back in the good old days, when they even took their show on the road, sometimes inviting along Jim Nabors, too. It begs the question: Is it really, truly acting when you're cracking up in a scene becuase you're sharing it with the funniest comedic actor you've ever met? Knowing how serious Andy Griffith was about his show, the answer to that question is definitely yes, and Nabors even described Griffith's demeanor as all business about the show, reminding the cast there was plenty of time to goof off after all the scenes had been cut.

Watch these clips of Knotts making Griffith laugh for a serious surge of nostalgia:

As if this wasn't enough for your Andy Griffith Show-loving heart, in the same interview, Griffith's daughter described her father's relationship with his TV son Ron Howard, saying, "He loved Don very, very much. They had a deep and abiding respect for each other, and they remained friends till the end."

RL 17 months ago
"Watch these clips of Knotts making Griffith laugh for a serious surge of nostalgia"
Video is not playing, again. Seems to be a common problem only with MeTV. The media is not loading due to 1 of 2 reasons: either the server/network failed again or because the format is not supported. Do you need a good IT guy? I could fix this! :)
Like Reply Delete