Sherwood Schwartz: "I fell temporary victim to the evils of typecasting." 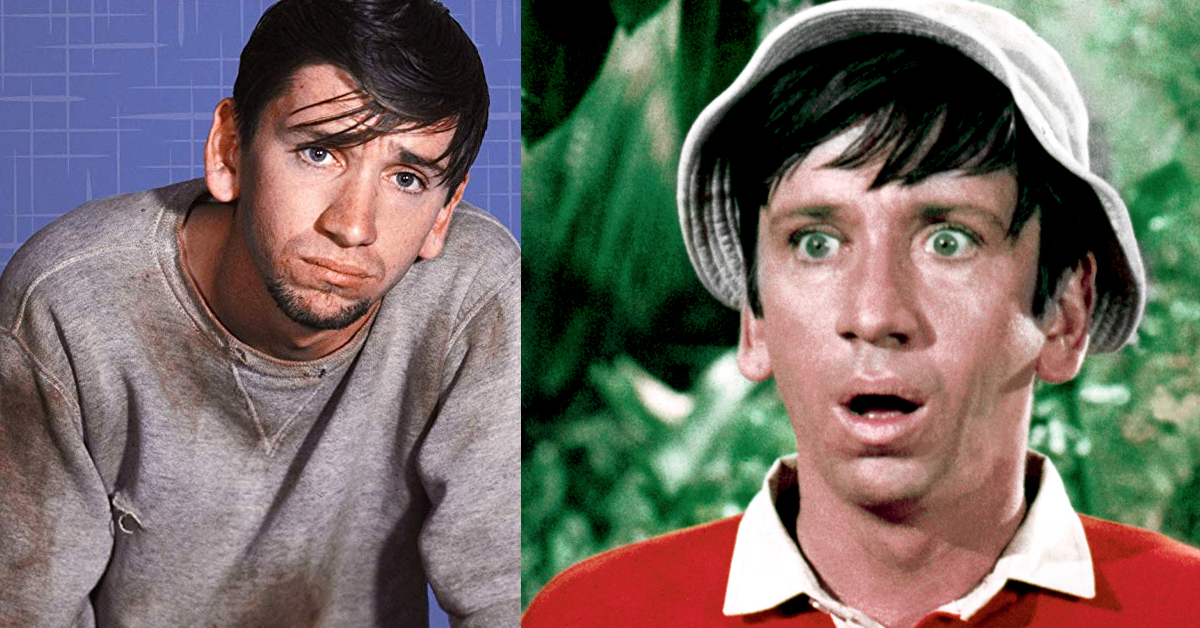 On Gilligan's Island, Bob Denver played a sailor whose perspective on the world was barely beyond that of a young boy. Naive and shy, Gilligan even once declares he'd never want to be married, not for any reason other than girls make him squirm. The show takes advantage of this awkward nature, with both Mary Ann and Ginger planting kisses on the show's blushing would-be hero.

After Bob Denver took on the role of Gilligan, you could say it became hard for viewers to see the actor play any other part. The same issue plagued Lucille Ball and for a long time, Henry Winkler, seemingly trapped in their individual stereotypes created by their iconic characters, forever seen as cluelessly ambitious Lucy or ultimate cool guy Fonzie. For Denver, he became synonymous with bumbling Gilligan.

Unfortunately, when Gilligan's Island ended, Denver never really found his footing when it came to creating a new character that could rival that legacy. His attempts at taking the mold of Gilligan to the Old West (Dusty's Trail) and outerspace (Far Out Space Nuts) failed to generate hit series, and the hugely talented comedic actor spent most of the rest of his career reviving Gilligan by bringing the character back in guest spots on hit Eighties shows like ALF and Baywatch.

It might make a more modern audience raise an eyebrow, then, to find out that when Denver's name was tossed out for the role of Gilligan, series creator Sherwood Schwartz couldn't see that particular actor succeeding in the part at all.

Why? Because Bob Denver to Sherwood Schwartz at that moment wasn't the quintessential goofball. No, he was basically the original Fonz, known by his growing fanbase for playing eternal cool guy Maynard G. Krebs on The Many Loves of Dobie Gillis.

In Schwartz's book Inside Gilligan's Island, he wrote to explain why it would never have occurred to him to cast Denver as Gilligan: “I had never met Bob Denver. I knew Bob only from his role as Maynard G. Krebs on Dobie Gillis. It never occurred to me to connect the bearded beatnik and his hip talk with my image of Gilligan. Like many producers, casting directors and executives, I fell temporary victim to the evils of typecasting. Bob Denver was not my first choice for Gilligan.”

Compare Maynard G. Krebs to what you know of Gilligan's antsy nature and you'll start to understand why Schwartz struggled to see the fit.

On Dobie Gillis, Krebs is portrayed as a hipster, brandishing a bristly goatee and spouting on command the coolest jazz artists to swing to (on the horn: Dizzy Gillespie, on keys: Thelonious Monk). And whereas Gilligan's nerves take over when Ginger bats her lashes, Krebs doesn't lose his cool around girls. He just steers clear of "foreign entanglements." Even expressing Gilliganesque nerves, Krebs manages to sound cool: "I mean, when I meet a chick face-to-face, I get cold feet clear up to my skull!" 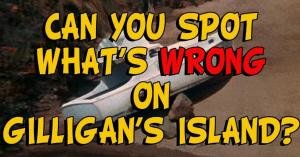 Can you spot the one thing wrong in these scenes from Gilligan's Island?

Unlike Gilligan's extreme bashfulness, fans could relate to Krebs' style, and so nearly as much as Gilligan, Krebs had fans, thousands of 'em. Schwartz explained the phenomenon of Maynard G. Krebs and how it briefly overshadowed Denver's talents, writing, "From time to time, a co-star, a ‘second banana,’ actually becomes more important on a series than the actual star of the show. This happened with the Fonz on Happy Days, with Mr. Spock on Star Trek and with Bob Denver on Dobie Gillis. Audience research and fan mail clearly indicated there were thousands of Bob Denver fans."

It was this massive fan base that got Denver's foot in the door, thanks to some folks at William Morris Agency who arranged a face to face with Denver and Schwartz. That's all it took to seal the deal, Schwartz wrote, "It took only one meeting with Bob Denver to convince me he was indeed the Gilligan that was in the script and in my mind."

So despite the fact that Schwartz almost fell for the old habit of typecasting, risking overlooking Bob Denver – and despite the fact that Denver would again become typecast by the industry for his second role, which ultimately overshadowed the initial fame of Krebs – it turns out that Denver had so much more going on as an actor than either character could fully capture. Schwartz described what was behind Denver's special talent:

“Bob himself is very quiet by nature, extremely bright, and very well read. In fact, he had been a teacher before becoming an actor. But it’s amazing how truly gifted performers can give a flawless characterization in a role that’s so counter to their own personality.”

Bob Denver's so amazing, he managed to do it twice, with characters on both ends of the spectrum of cool.

SheriHeffner 36 months ago
I adored Bob Denver. He seemed like such a kind man. And he used to come on the TV land website for questions the viewers asked. He talked about how he and dawn Wells were friends and he was already married to Dreama so he and dawn could not have married. I think Dawn got married when she was on the show but the marriage didn't last. Steve Harvey found her a boyfriend about four years ago on his show.
Like Reply Delete

JediJones SheriHeffner 17 months ago
Denver didn't marry Dreama until 1979. He was married three times before. He divorced in 1966 and remarried in 1967. Dawn divorced in 1967 and never remarried. Looks like they may at least have been close to being single at the same time in 1967. Bob already had two children with his first wife, then had one with his third wife and one more with Dreama.
Like Reply Delete