You probably once played with the same prop used for the Captain's logbook. 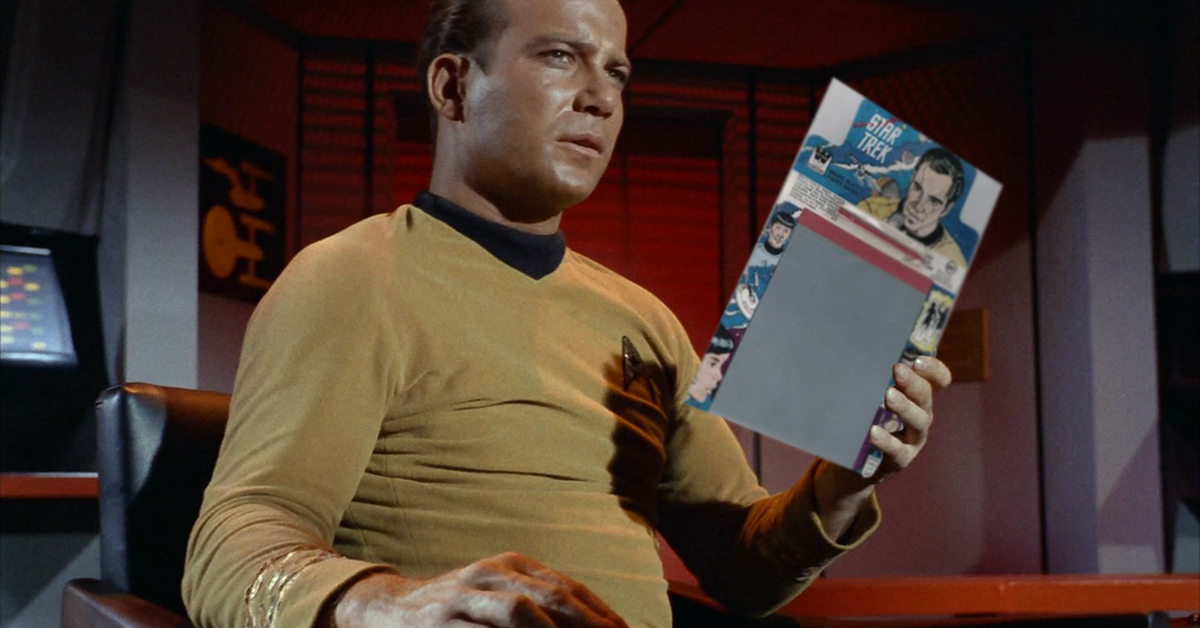 Picture James T. Kirk sitting in his command chair. An ensign approaches and hands the captain a black pad to sign. This simple action often started an adventure for the Enterprise or entered another adventure in the captain's log.

What was that black device anyway? Today, we would assume it was an iPad of sorts. In later series, the notion of a small data pad took hold as part of the technological canon of the Star Trek universe.

The prop pads used on Star Trek: The Next Generation featured graphics printed on plastic sheets, illuminated by small neon tubes. However, when it came to The Original Series, a much tighter budget demanded ingenuity. They used a child's toy.

The wooden prop pad from Star Trek featured a 12-volt light implanted at the top of the screen. As for the screen itself, that was simply a Magic Slate toy.

Magic Slates faded in popularity in the late-'80s, when computers finally took over the quick-draw arena. But in 1966, the lift-and-erase doodle pads were all the rage. Better yet, the surface could read on camera. A fast Captain Kirk sign off would show up on the gray plastic screen.

So, for a measly 29 cents, the prop masters were able to emulate the tablets of today. In a twist, the Magic Slates would go on to feature Star Trek characters. If kids only knew they were using the same tech as the Enterprise crew… 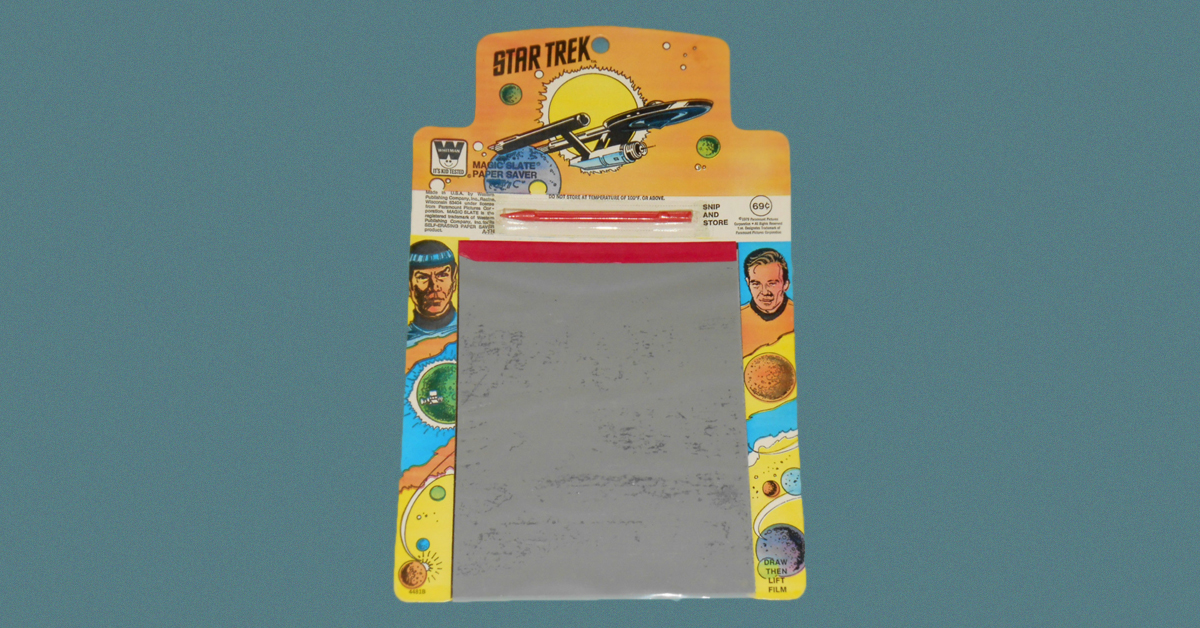