Where To Watch Shop Store Contact
Home / Stories / The cast of The Wizard of Oz wandered all over classic TV, too!
nostalgia

The cast of The Wizard of Oz wandered all over classic TV, too!

The Scarecrow even got his own show! 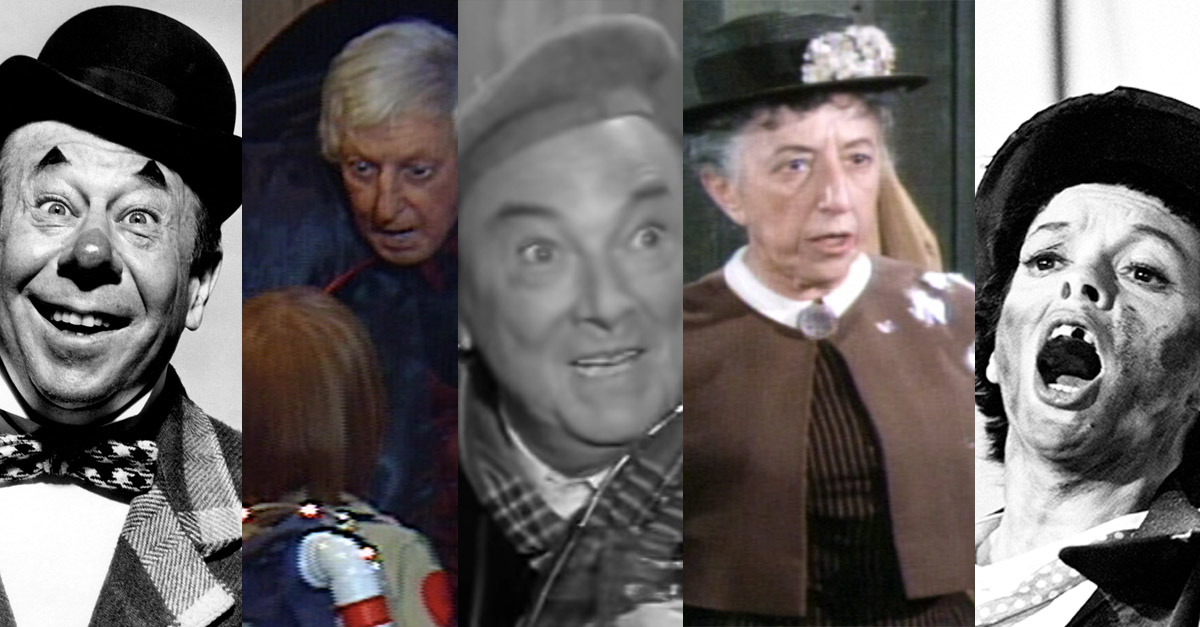 Some researchers recently crunched the numbers and figured out that The Wizard of Oz is the most influential movie of all time. This has Star Wars and Citizen Kane fans alike all aghast, but fans of classic TV know full well that the irrepeatable magic of The Wizard of Oz should not be overlooked simply because it's made for the whole family to enjoy.

With its universal themes, colorful characters and fantastical storyline, every movie adventure that came after was inevitably compared to the wonder of Oz. So if The Wizard of Oz is your favorite movie, consider it proven fact you've chosen the movie that science agrees truly shifted every movie that came after.

Released in 1939, The Wizard of Oz was nominated for Best Picture and won two Oscars for Best Music (Original Song, "Over the Rainbow"; Original Score). It's a film that's been referenced in nearly 3,000 TV shows and movies, from subtle nods in The Twilight Zone episode "The Mighty Casey" about a man with no heart, to more direct references in shows like The Beverly Hillbillies, which named an episode "No Place Like Home." And on shows like Bewitched, it seemed like every other joke referenced the Wicked Witch of the West.

As delightful as these references are any time they pop up, though, the greatest gift to Wizard of Oz fans were all the times the cast of The Wizard of Oz found their way onto television. Some cast members only appeared to perform on variety and live dramatic shows, but others accepted parts on sitcoms and dramas, and some even had their own TV shows. If you're curious which is which, just follow along, because we're off to see The Wizard of Oz cast as they appeared on TV! 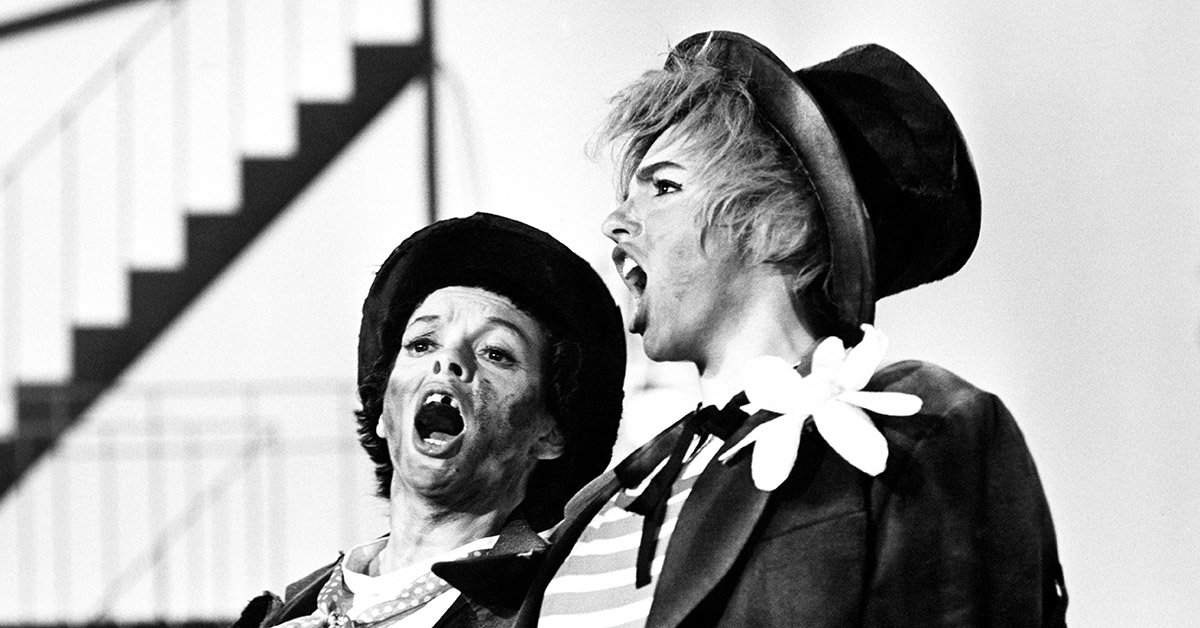 Judy Garland was an unforgettable star, and she was immediately nominated for Emmy Awards for her TV specials, so, of course, eventually, she had her own show. The Judy Garland Show was a musical variety series hosted by Garland, and when it premiered Jerry Van Dyke was her co-star. It was on air from 1963-1964 and featured all kinds of amazing guests, like Liza Minnelli (her daughter, also pictured above), Bob Newhart, Shelley Berman, Mickey Rooney and many more. 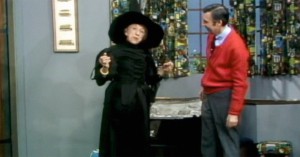 In 1975, the Wicked Witch went on 'Mister Rogers' so kids would not be afraid of her

Unfortunately, for everything Judy Garland gave it, The Judy Garland Show was competing in the same time slot with the very popular Bonanza, and this, along with other studio concerns, is why the show lasted just a season, despite critics raving the show was "tasteful, elegant and exciting." You can bet every Judy Garland fan wept when it got taken off the air, because they all raised a fuss to try and save it from cancellation. 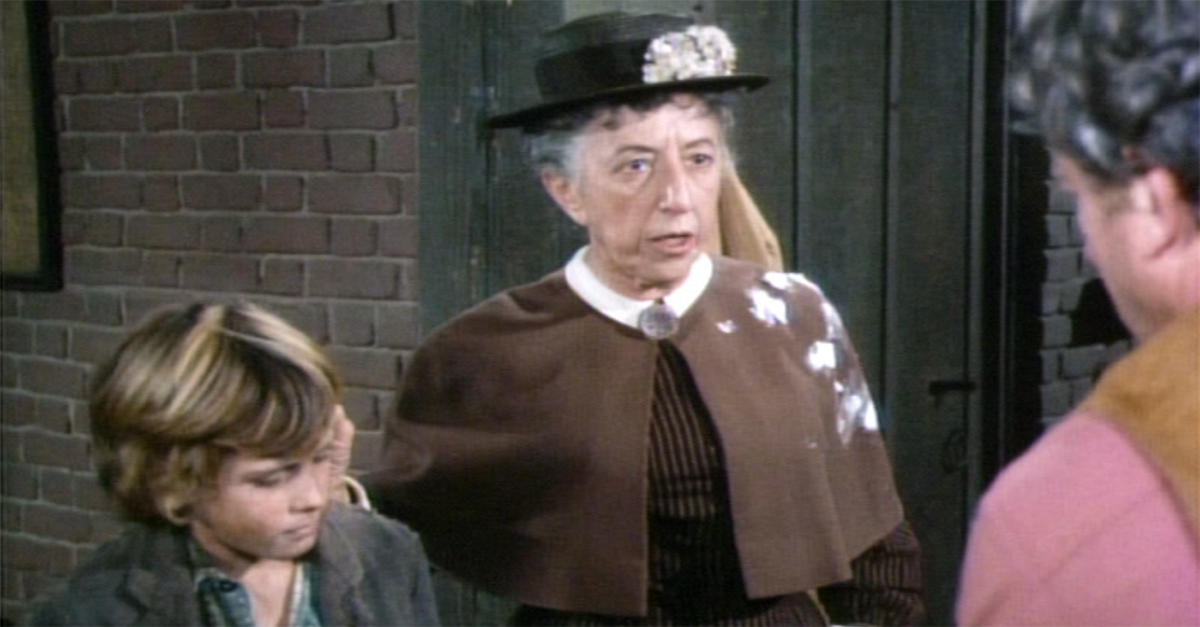 Out of all The Wizard of Oz stars, Margaret Hamilton boasts the most TV credits and is likely the cast member that TV audiences remember best. The actress notably featured in The Night Strangler, the second Kolchak movie, the one that got studios to approve the TV series. She also guest starred as Granny Frump on The Addams Family. Through the '50s and '60s she appeared on television dozens of times, often in comedic roles on shows like Car 54, Where Are You?, Make Room for Daddy and The Patty Duke Show. 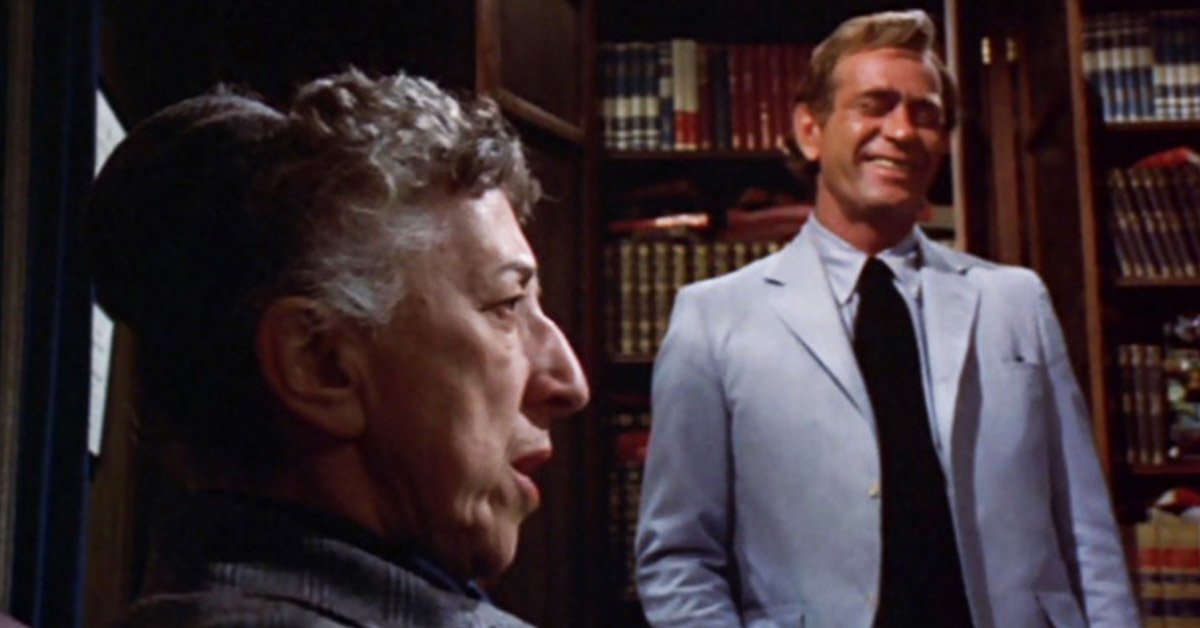 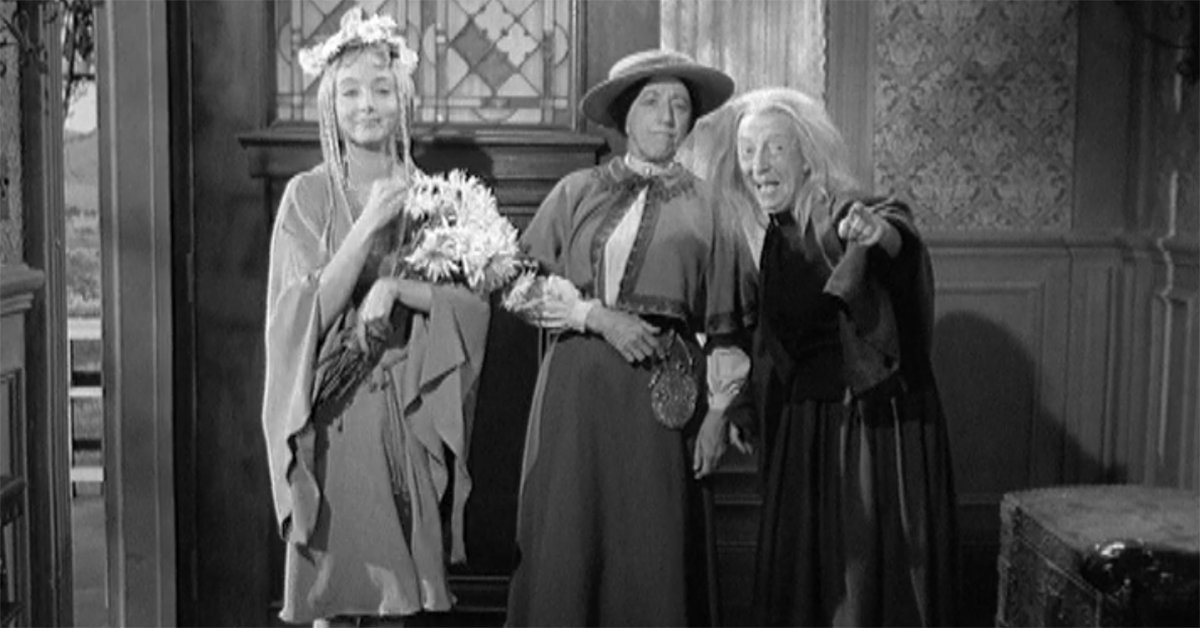 In the 1970s, Hamilton's TV presence grew at the cadence of a witch's cackle, appearing not just on dramas like Lou Grant and Gunsmoke, but also on children's programs like Sesame Street, Sigmund and the Sea Monsters, and she even came around twice on Mister Rogers' Neighborhood. For her final role in the 1980s, she played an overly strict schoolteacher in the TV movie Pardon Me for Living. Her career as an actress spanned nearly 50 years, half of which was work as a memorable TV character actress. 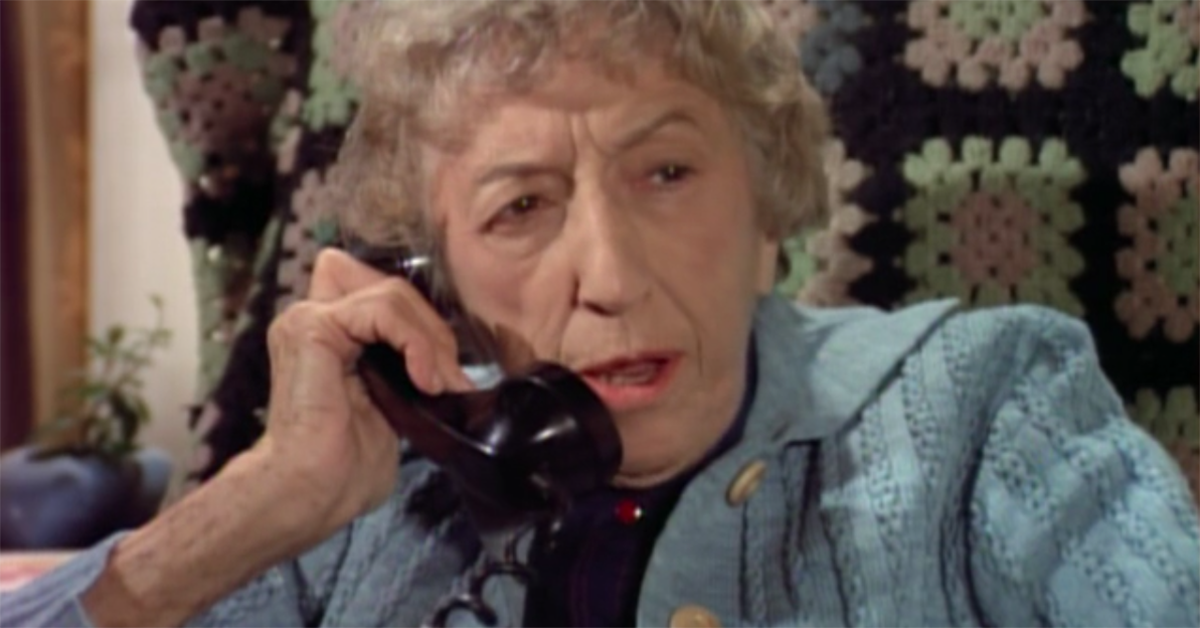 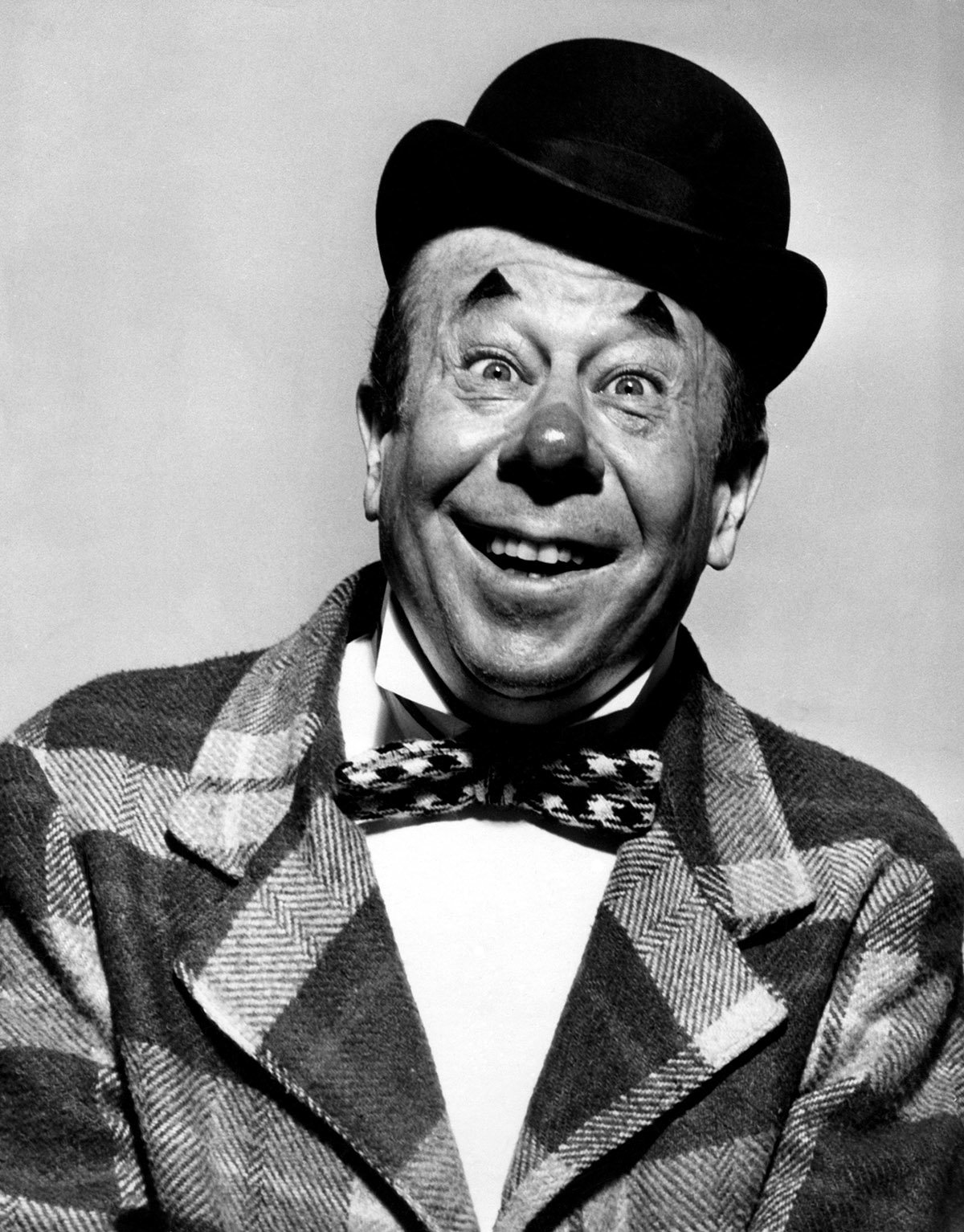 Like many performers of his time, The Cowardly Lion character actor Bert Lahr was not just a screen actor but a king of the stage, lord of vaudeville, a comedian of the rarest cut. Given a spotlight, his personalities exploded - it's been said that any scene with the Cowardly Lion in The Wizard of Oz took multiple takes because Lahr kept cracking his fellow actors up.

This made him a continual draw on variety shows and live dramatic series, with his first TV appearance in 1959 on The Philco-Goodyear Television Playhouse, where he performed in the Broadway revival of Burlesque. Fans of What's My Line? will recall he was frequently the mystery guest, and anyone munching on Lay's potato chips in the TV audience will likely also fondly remember his Lay's commercials with the slogan "Betcha can't eat just one." 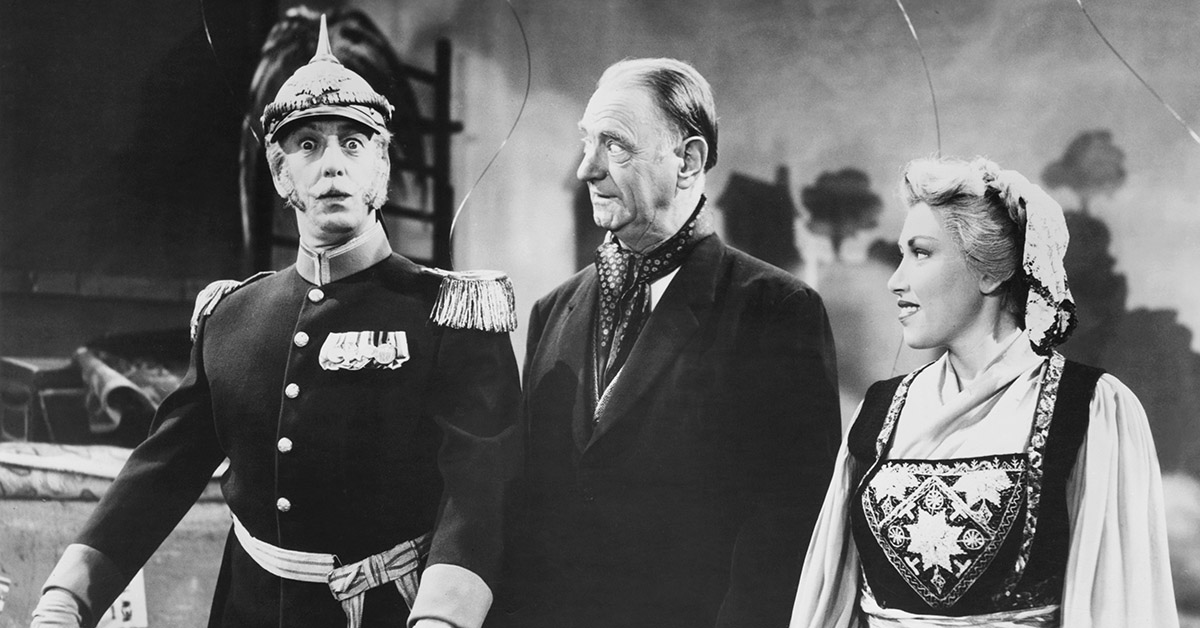 Next to Margaret Hamilton, Ray Bolger was the next most frequent face The Wizard of Oz fans saw flicker on TV. In 1953, he was given his own series, Where's Raymond? (also known as The Ray Bolger Show) a hilarious sitcom about a young girl who dreams up different characters, all of which Bolger performed. It ran for two seasons from 1953 to 1955. In the 1960s, Bolger also notably appeared in Disney's TV movie adaptation of Babes in Toyland. 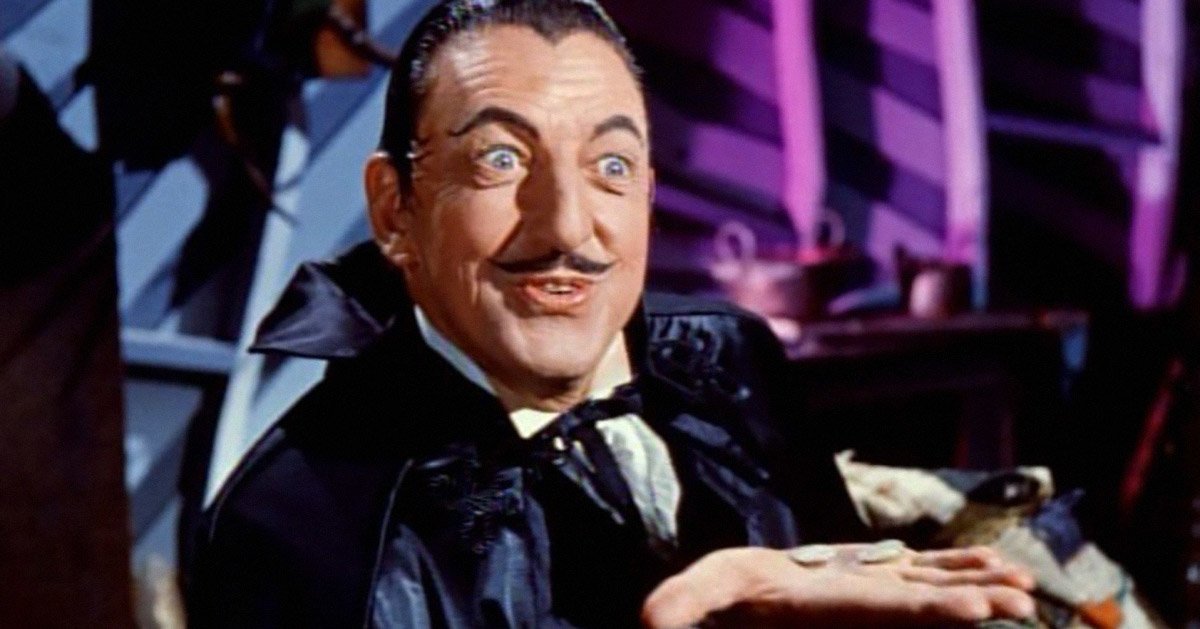 In the 1970s, more and more hit shows began pulling The Scarecrow actor in, after into their own imaginative scenes, including a recurring role on The Partridge Family as Shirley's father Grandpa Renfrew. The actor also danced into a wide range of scenes on The Love Boat, Little House on the Prairie, Battlestar Galactica and Fantasy Island. His final TV appearance was on a memorable episode of Diff'rent Strokes. He played the quirky owner of a supposed haunted house that Arnold goes to investigate. (While appropriately dressed as a Ghostbuster. This was as 1984 as it gets.) 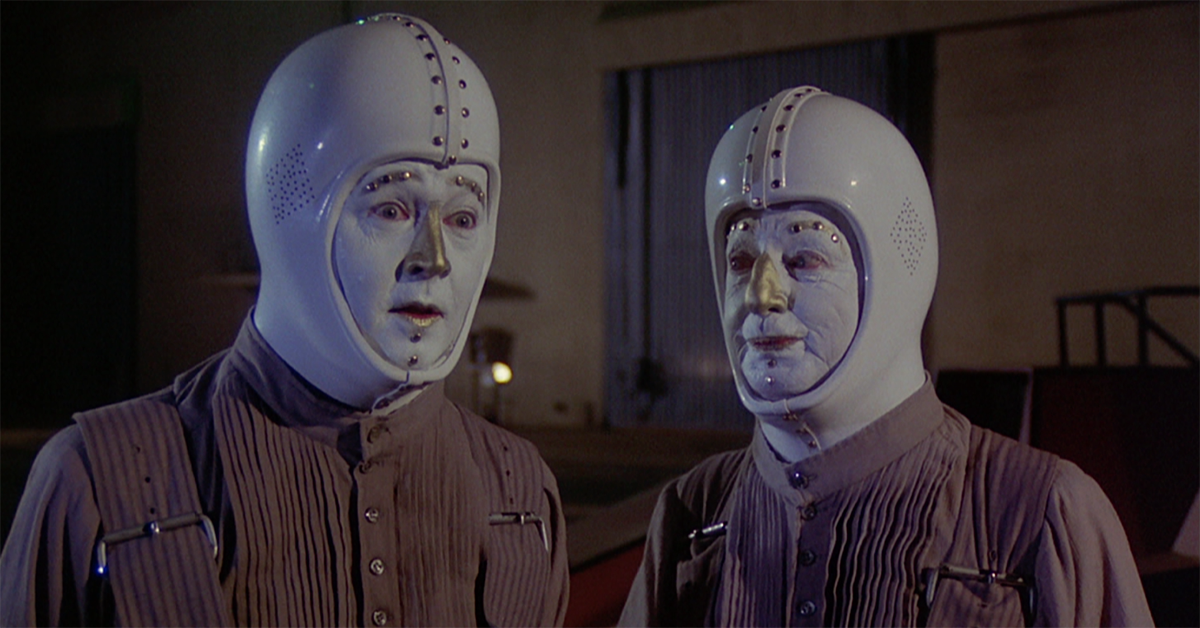 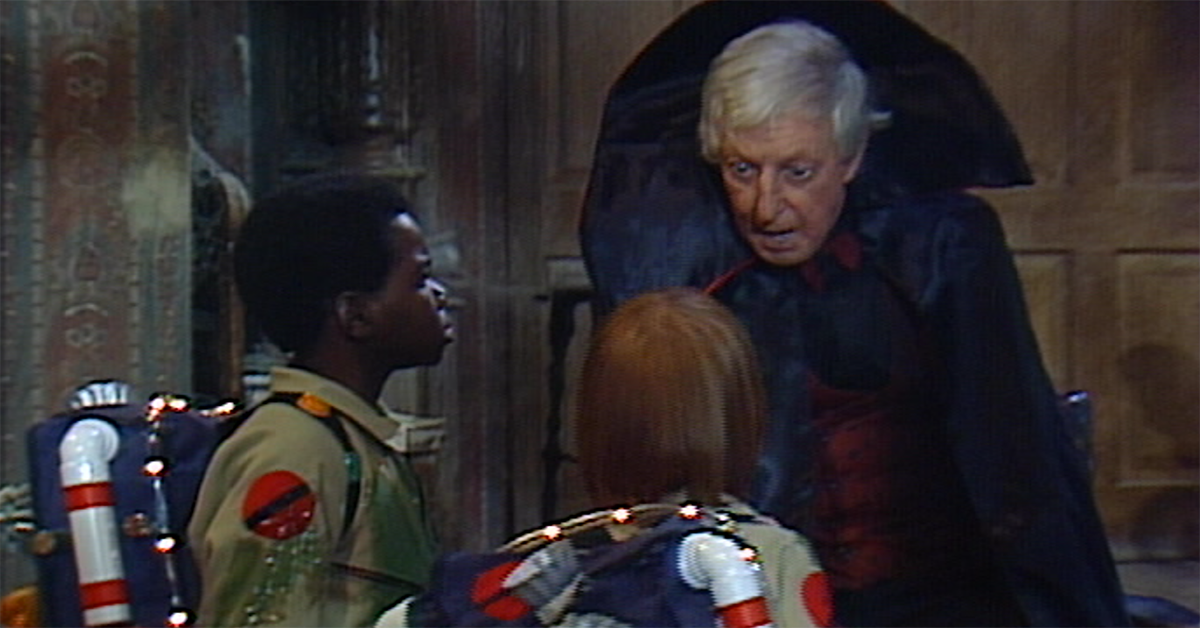 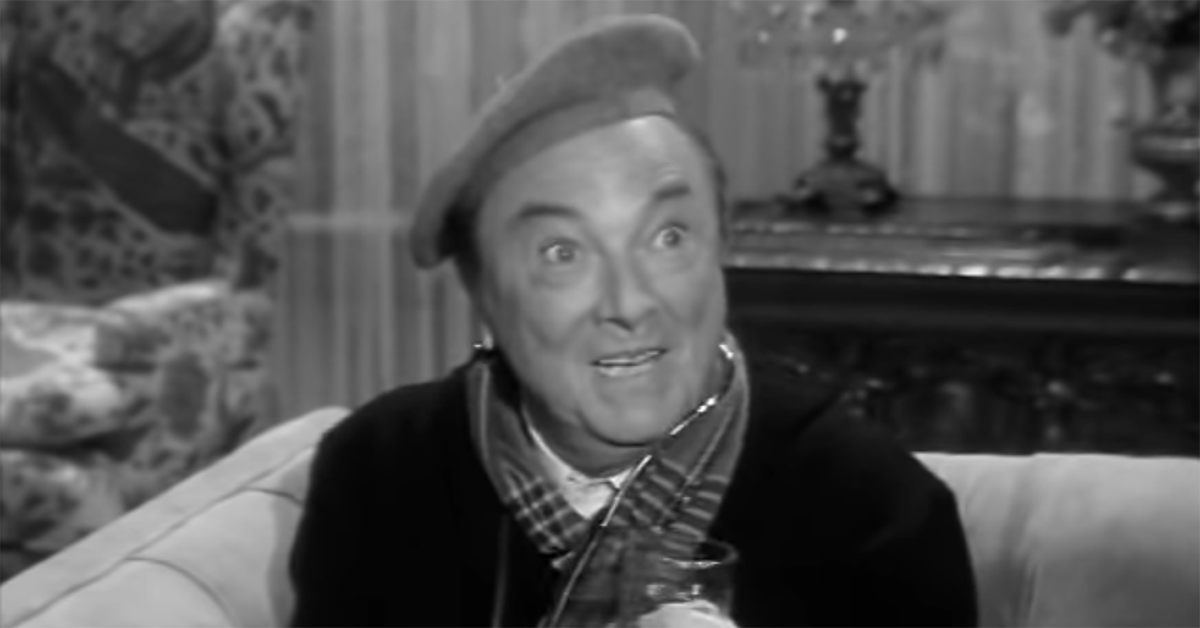 After The Wizard of Oz, the vaudeville star Jack Haley spent the 1950s making movies and working the stage. Naturally, his first TV appearances were in live dramatic series like Playhouse 90 and Westinghouse Desilu Playhouse, but in the 1960s, the actor expanded his repertoire, doing character work on TV series like Make Room for Daddy, Marcus Welby, M.D. and Burke's Law. 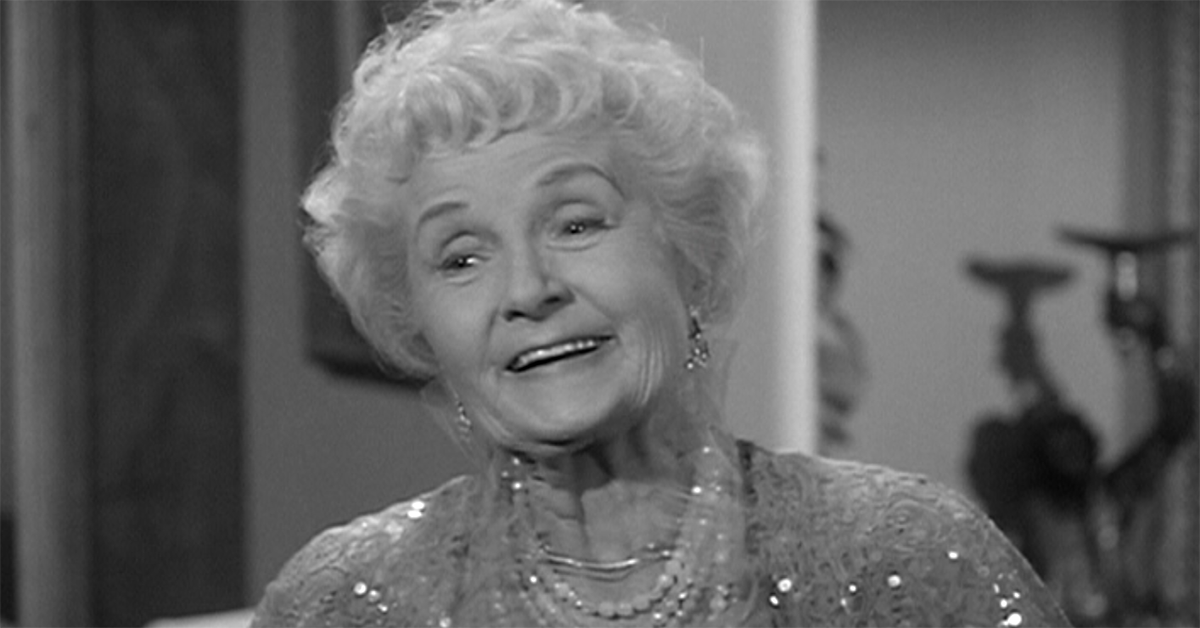 Billie Burke brought her special sparkle to TV a handful of times, first to the early sci-fi series Lights Out, then followed that up with work in live dramatic series like Playhouse 90 and The Best of Broadway. Her final TV appearance was in 1960 on 77 Sunset Strip, where she's one of the few likeable characters in an episode called "Publicity Brat," about a Shirley Temple-like child star who's spoiled rotten. She's just always that good.

jeopardyhead 31 months ago
Are you sure it was Lay's potato chips for which Bert Lahr did the commercial? I read the book Beatrice Lilly: the Funniest Woman in the World by Bruce Laffy which described those commercials, and I remember not being familiar with the brand name.
Like Reply Delete

LeeHarper jeopardyhead 31 months ago
I remember these commercials quite well.
Like Reply Delete

daDoctah 50 months ago
And now for the rest of the cast:

Frank Morgan (the Wizard) died in 1949, a little early in the history of television to have added any credits to his resume in the new medium.

Charley Grapewin (Uncle Henry) lived until 1956, and continued making movies up to 1951, but also never did any television work.

Clara Blandick (Auntie Em) made a couple of appearances on the early "theatre-on-TV" shows that were around in the early days. She will be seen on MeTV, though, the next time Svengoolie shows "She-Wolf of London".

Many of the "little people" who played Munchkins did do extensive television work. Billy Curtis was especially prolific, with appearances on "The Cisco Kid", "Space Patrol", "Adventures of Superman", "Make Room for Daddy", "77 Sunset Strip", "My Three Sons", "Ben Casey", "I Spy", "Batman", "The Monkees", "The Beverly Hillbillies", "Get Smart", "Bewitched", "Star Trek", "Here's Lucy", "Gunsmoke", "Laverne & Shirley", "Buck Rogers", and a slew of less familiar series. Jerry Maren, who passed away in May of this year, did slightly fewer TV shots than Curtis, but was seen as recently as 1997 on "Seinfeld". He was also "Little Oscar" in commercials and personal appearances for the Oscar Meyer hot dog company.
Like Reply Delete

DawnGraham 50 months ago
TCM Big Screen Classics, will be showing The Wizard of Oz in select theaters on January 27,29 & 30th.
Like (1) Reply Delete

SheriHeffner 50 months ago
Margaret Hamilton also starred on The Partridge Family as I think, Shirley's grandmother? Because I remember Ricky Stevens singing "Grandma I Love You Just The Way You Are." And The Judy Garland Show was in black and white and IMO not very entertaining, while Bonanza was in color and was a very good show. I also loved Ray Bolger and Jack Hayley.
Like Reply Delete

moax429 SheriHeffner 50 months ago
Margaret Hamilton guest-starred as *Reuben Kincaid's* (the late Dave Madden) mother on that episode of the Partridges. And Ricky Segall singing "Grandma, We Love You Just the Way You Are" was in an episode from the final season where Rosemary DeCamp and Jackie Coogan played Shirley's (Shirley Jones) parents, Mr. and Mrs. Renfrew.
Like Reply Delete

That was a 1961 THEATRICAL movie. It had nothing to do with TV, which you'd know if you idiotic children bothered to do any research.
Like (2) Reply Delete

cperrynaples 50 months ago
Billie Burke has the dubious honor of starring in the first big bomb of the tv era, a little-known sitcom entitled "Doc Corkle" in which she played the title character's wacky stepsister. This show was so bad it was canceled after only 3 weeks and replaced by "Mr. Peepers"!
Like Reply Delete