Where To Watch Shop Store Contact
Home / Stories / This Brady Bunch bully began his reign of terror in Mayberry
Did you know?1960s

This Brady Bunch bully began his reign of terror in Mayberry 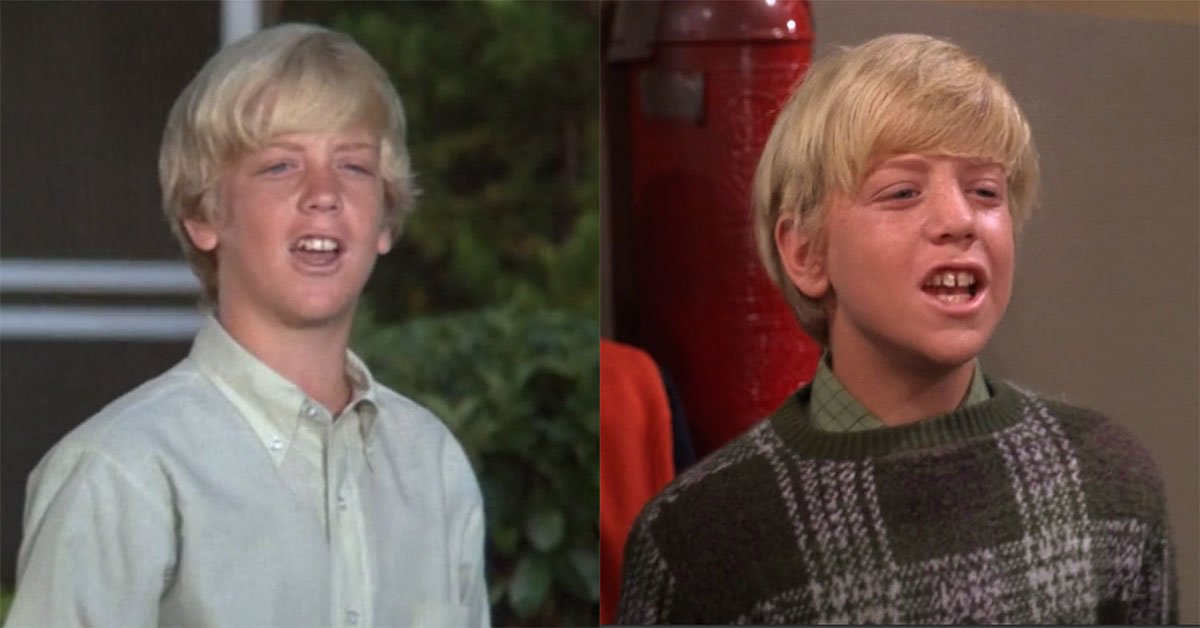 What makes a kid actor get typecast as a bully? Is it a mop of shaggy straw hair that swoops down over his perpetual squint? Johnny Lawrence (William Zabka) had that look in The Karate Kid. Is it his innately smart-alec voice? Is it freckles? Is all that combined with an inner anguish, like a cornered animal lashing out, because the bully character inevitably is revealed to be a victim himself?

You can find all these qualities in Russell Schulman, who for the last two years of the Sixties, tormented famous TV kids. He first appeared as a blond brat of Mayberry in 1968. One of the last few episodes of The Andy Griffith Show, "Opie and Mike" introduced Mike Jones (Buddy Foster), son of Sam (Ken Berry). The father-son duo would form the core of the spin-off, Mayberry R.F.D. 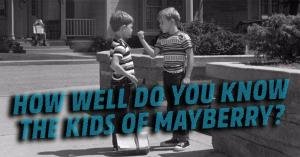 1960sMayberry
How well do you know the kids of Mayberry?

Early in the episode, we meet Mike at school, where a snot-nosed imp named Edgar Watson (Schulman, of course) harasses Mike.

"Save me! He's going to hit me! Save me! Save me!" Edgar jokingly protests, cowering behind a pal in mock fear. Mike just stands there silently with a quivering lip and dampness in his eyes. Opie struts into the scene. This is season-eight Opie, the tallest kid in the hallway. He learned how to deal with punks way back at the start of season two in "Opie and the Bully." Taking Mike under his wing, Opie helps the new kid out of the situation.

A few months later, Schulman popped up again, on the tough streets of New York City. Well, not that tough. It was on Family Affair. In "By a Whisker," Jody wants to join a tough boys club called the Daredevils. Butch Patrick is the leader. Schulman, "Skinny," is the henchman and instigator. Skinny tells Jody he must "pass a test of bravery." 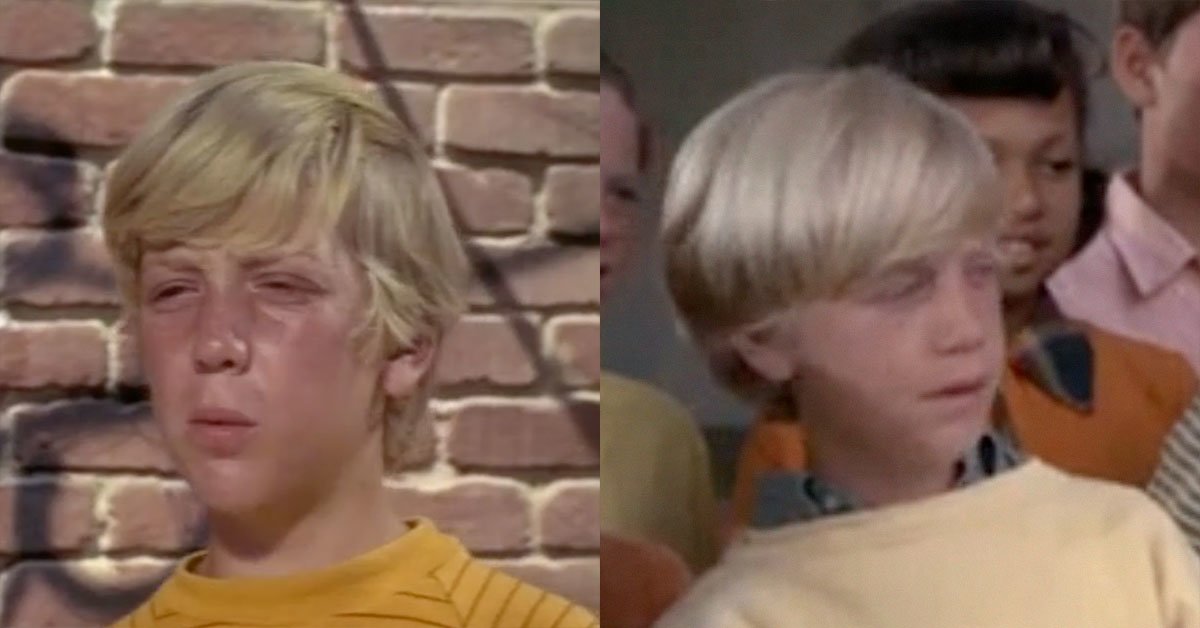 Schulman on Family Affair and Adam-12

Not long after, both Butch Patrick and Schulman worked together again, with the tables turned, in the Adam-12 episode "Log 15: Exactly 100 Yards." Here, Patrick is the teen in need of help. Schulman ("Mike") talks sass to Officer Pete Malloy, showing disrespect for the police, true to typecast.

But Schulman's defining moment as a rascal arrived on The Brady Bunch. "A Fistful of Reasons" proved to be the best bonding moment between the blended step-siblings Cindy and Peter. School ruffian Buddy Hinton (Schulman, natch) ridicules Cindy's lisp. Pete comes to her defense — and earns a black eye for her honor.

Buddy continues to mock "Baby Talk" and "Peter Chicken." Mike and Carol reach out to Buddy's old man and find out the apple did not fall far from the tree. So Peter socks Buddy in the face, knocking a tooth loose, giving the bully a lisp and a taste of his own medicine. It's the Rocky IV moment of The Brady Bunch. All that's missing is "Eye of the Tiger." Or would that be "Eye of Tiger"? 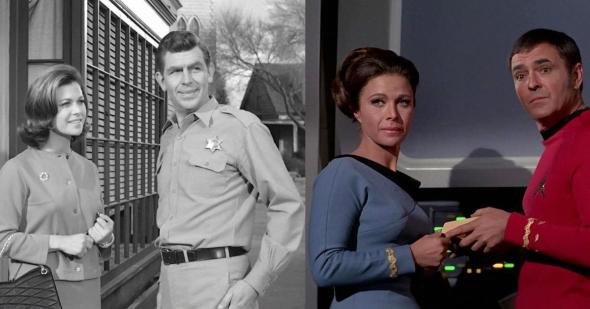 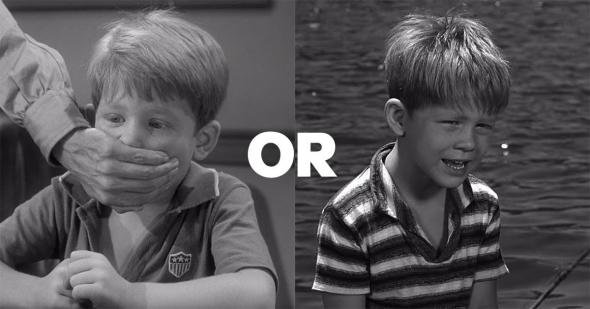 Did you know?1960s
Andy Griffith had a different episode in mind for The Andy Griffith Show premiere
Are you sure you want to delete this comment?
Close

VernonPurvis 4 months ago
Wonder what happened to him in life? Nothing on him since they early 70s. There is a CEO by the same name with an internet search but it might not be the same person.

Crockett1 22 months ago
Hmm, remember the days when TV programs weren’t focused on race or sexual identity? There was a moral point made in every episode. Opie accidentally killing a mother bird with his new slingshot, which meant he was going to have the responsibility of raising that bird’s “younguns” (In my case it was a BB gun and my neighbor’s picture window. I was not allowed in Little League that summer as I worked to pay for that window), and Ope took on the job, raising the chicks ‘till they flew off in the direction on Mount Pilot.
The lesson in the bully episode[s] might be most important of all, since most every kid of every generation knows the terror of the school bully. Of course Andy taught his fictional son the proper lesson. He didn’t preach about toxic white masculinity or warn Opie that defending himself was an overt act of racism, no matter what the color of Ope’s tormentor. No sir, Ange sat the boy down and told him that fighting was not a good thing, and that you should always do what you honorably can to avoid it. But he made sure that the boy knew how to defend himself (with some karate lessons from Barn), and he told him that all bullies share the common trait of cowardice. He said son, when it’s right, and you have no other choice, stand tall and take no more ... defend your friends and your family. What always went unsaid was to trust in God. But it was certainly implied. Opie’s mom would have been proud of him.
Like (10) Reply Delete

Vanstone1 Crockett1 22 months ago
Beautifully said. You're right, of course, that we have all been there and done that. The greatest issue faced by many in this nation is no fathers. All of us who were lucky enough had a dad in our lives to sit us down and tell us the terrible wrong we've committed by killing a simple bird. Each one of our fathers did it a bit differently, but they were there to give us the kind of lessons that only a dad can give. Something that made the Andy Griffith show so great to a young boy was that in one way or another we all saw our old man in Sherrif Taylor.
I'm sad to even write that 73% of teenaged African American males have nobody living at home named Dad. Not having that male role model makes it much more likely that you'll be the bully instead of the Opie. I got off track when I really just wanted to say how great your comment was, Dave. Very nice writing.
Like (6) Reply Delete

BuddyHinton Crockett1 22 months ago
What a pathetic attempt to insert your own cowardly swipes at the current & brave Black Lives Matter movement , along with equally pathetic swipes at feminism & Gay rights. Did you ever stop to think that Sheriff Andy Taylor didn’t talk about Civil Rights because it was an all WHITE CAST, WITH ALL WHITE WRITERS who didn’t care about anything but cliche morals & entertaining people at home? Meanwhile, blacks & gays were being beaten in the streets fighting BULLIES for THEIR Civil Rights as AMERICANS!! There is no need to defend your comments. Because they are simply indefensible & beneath discussing further. These television programs from the 50s, 60s, & 70s were simple entertainment for majority white Audiences. But some programs , like The Walton’s DID have the courage to tackle social issues of the day, like racism & anti-semitism. & they were rightfully hailed by critics & viewers maybe just maybe, became more compassionate & empathetic towards others. I LOVE The Andy Griffith Show. Especially the excellent “Opie kills a baby bird” episode. But don’t insult Andy Griffith himself (who was a staunch proponent of Civil Rights for Blacks!) by attempting to hijack his series to further your sick & twisted regressive social ignorance & racism. GOD BLESS AMERICA!! God Bless Andy Griffith! 🇺🇸🇺🇸🇺🇸
Like Reply Delete

harlow1313 Crockett1 22 months ago
"Hmm, remember the days when TV programs weren’t focused on race or sexual identity? There was a moral point made in every episode."

I believe these are also "moral points." Perhaps they give the viewer the opportunity to think about something outside of their own experience.
Like (2) Reply Delete

You need to leave the vitriol some place else. I agree with the original point, it’s nice to watch a show written in a simpler time. I don’t appreciate current Hollywood’s efforts to “teach” me something every time I watch a TV show. And I’ve got news for you, yours is not the only valid opinion out there.
Like (7) Reply Delete

OriginalGreaser cayoungdale 22 months ago
What happened to this fun to read and respond to MeTV site! If you are pro or con on the current state of this country why do you feel compelled to insert your views. I personally don’t care about your political views! Any view or opinion on MeTV programming is welcomed. If hope this is not the new wave of commentary headed to this site.
Like (2) Reply Delete

OnlyWatchMeTV Crockett1 22 months ago
While I've been a lurker for a long time, I decided to sign up - right now - just so I could reply to this.

This is the BEST post I have ever seen. Boy, does it say it well! Thank you, Crockett1
Like Reply Delete

stephaniestavropoulos 22 months ago
When I first googled Buddy Schulman, I noticed he was/is on instagram. So I decided to check it out. "Oh my!" {to quote George Takei,} how he's changed!
Like (1) Reply Delete

texasluva 22 months ago
We all at one time or another ran into one of these bullies. They just can't keep from talking smack at you or others. They are usually taller then you and out weight you by 50 Lbs. Best thing you can do is just not pay attention to them because they are looking for acknowledgment. Then again we remember A Christmas Story and little Ralphie being tormented by the bully monster day after day. You know maybe you should just knock the holy bejesus out of them. Feels good too. Yes!
Like (6) Reply Delete

Barry22 texasluva 22 months ago
Bullies are Cowards.
Like (8) Reply Delete