Queen Elizabeth appears on the flip side of this far out currency. 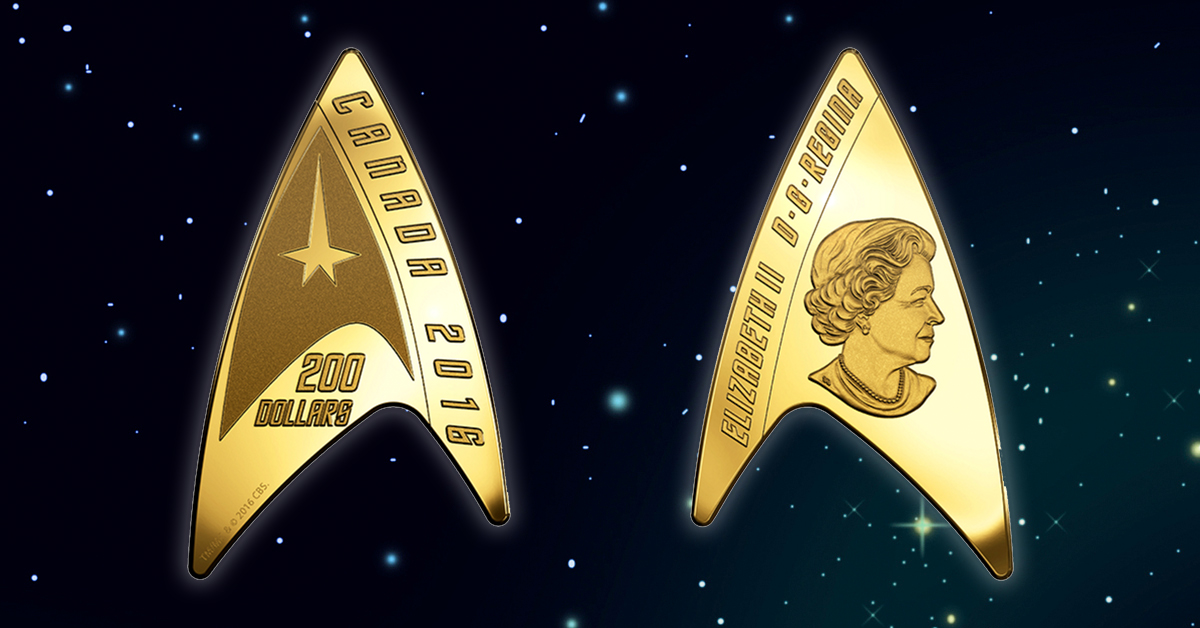 One often does not find the need for a $200 coin, but perhaps after inflation in the 23rd century, that value will be equivalent to our quarter. The Royal Canadian Mint has issued this stunning piece of currency in the arrowhead-like shape of the Starfleet insignia from Star Trek. Try not to lose it in a vending machine.

If that collectable is too rich for your blood, the Royal Canadian Mint has other nifty Star Trek coins in honor of the series' 50th anniversary. There are four $10 coins featuring Kirk, Uhura, Scotty and Spock, as well as three $20 coins that display famous scenes from the show, including the episodes "The Trouble with Tribbles" and "The City on the Edge of Forever." You can see those below. Those sets are priced at $54.95 and $109.95 CAD, respectively. 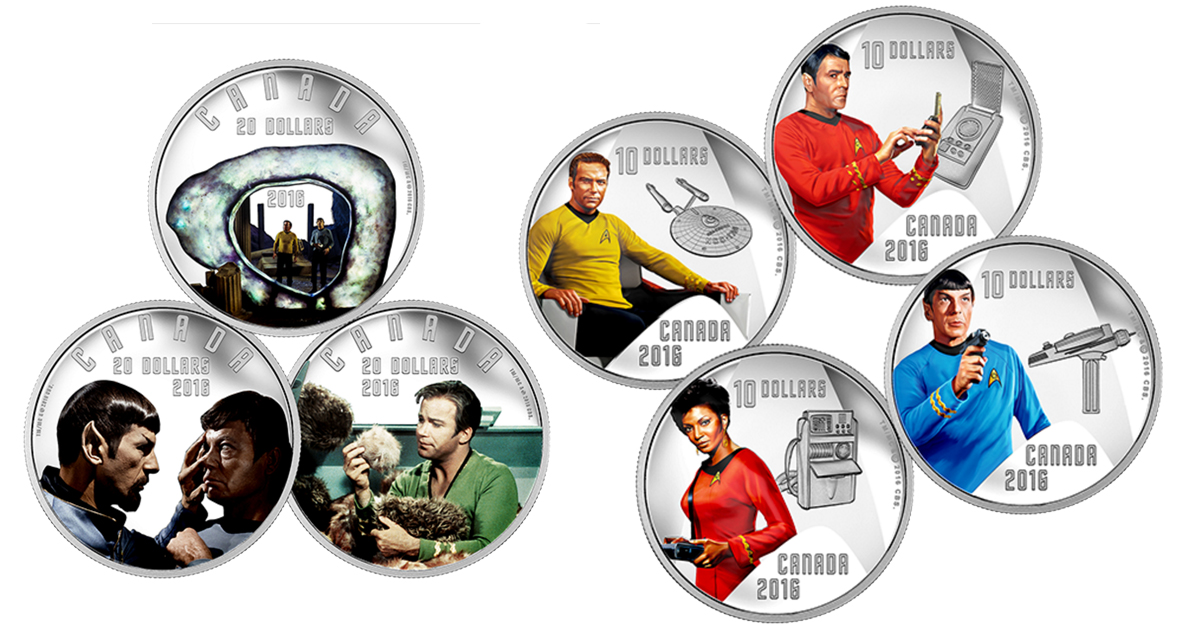