In 1983, Dennis Kort's dad publicly declared his son's M*A*S*H episode the best episode of all.

January 6, 2022, 1:20PM By MeTV Staff
On Now
Dennis Kort’s dad publicly declared his son’s M*A*S*H episode the best episode of all
Up Next:
Share

When M*A*S*H ended in 1983, The Charlotte Observer requested its readers to write in about their favorite episodes.

Some fans wrote in praising fan-favorite episodes like "Abyssinia, Henry" and "Goodbye Radar" where cast changes swiftly followed. But one fan had a very personal reason in choosing their pick for the best episode of M*A*S*H.

Art Kortheuer — who must be the dearest dad of them all — wrote in to praise his own son's performance in an episode called "Smilin' Jack."

In "Smilin' Jack," Art's son, whose stage name was Dennis Kort, played a young, wounded G.I. who has lost his fighting spirit.

Praising Dennis Kort's performance, his father Art described his character as "a quiet, curly red-headed young man probably just out of his teens" and "battle-weary."

"The G.I. has an especially effective scene with Radar, who commiserates with him," Art recalled at one point in his review.

What stuck out to Art about the episode most, though, is how his son portrayed the episode’s complicated emotional conclusion.

"In the closing scene, the G.I. is helped into a truck to be driven off once again into action, not knowing what may happen to him, but realizing the situation he and the rest of the G.I.s are in," Art wrote. 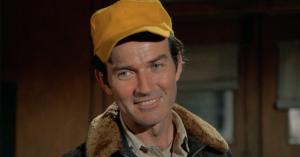 After describing the episode, Art revealed that the G.I. who affected him so was in fact his actor son.

We're pretty sure what he wrote next unveiled him as the proudest dad of any M*A*S*H guest star to ever appear on the show, bragging about all his son's acting achievements:

"The young man who plays the wounded G.I. is my son, whose professional name is Dennis Kort. Dennis, 30, has been a professional actor since his teens. He has appeared in many TV commercials and been a guest star not only on M*A*S*H, but also on The Waltons, Eight Is Enough, The Rookies, CHiPs, COP Sharkey. He also played the box-boy in the supermarket managed by John Denver in Oh, God."

On The Waltons, you may remember Kort playing "The Genius" in an episode where John-Boy has to look out for a teen boy who excels academically but suffers socially.

In his acting career, Dennis Kort appeared in TV and movies from 1973 to 1983, after which he may have slipped out of the public eye, but now we know that he never stopped being a star in his dad's eyes! 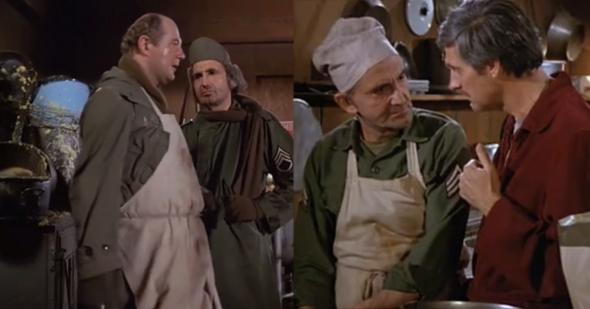 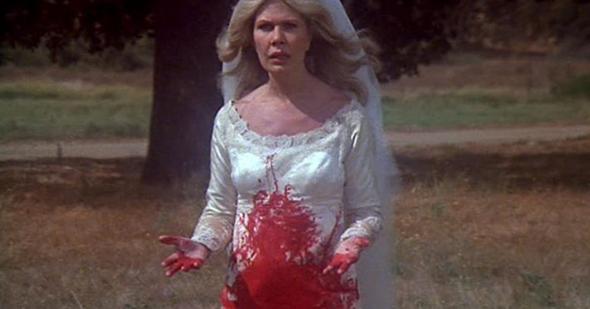 Did you know?
M*A*S*H tried and failed to make their own fake blood 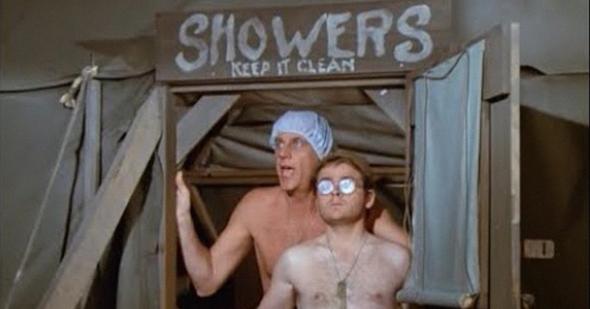 Alan Alda said all those M*A*S*H shower scenes were actually pretty embarrassing
Are you sure you want to delete this comment?
Close

jomo 11 months ago
I just noticed that in the promo photograph, Alan Alda is the only actor not saluting. Was there a reason for this?
Like Reply Delete

KirwoodDerby 11 months ago
I have always loved that Waltons episode where Dennis played that odd character who was John Boy’s Boatwright acquaintance. He was not unlike Sheldon on Big Bang Theory. He was not well understood by anyone, especially Grandma. It was very awkward to watch at first but that was the genius of the show and Dennis’s acting ability. I’ve never seen the MASH episode but I must now put it on my list.
Like Reply Delete

DIGGER1 11 months ago
Dog gone it, I should have caught on to this one myself, seeing as how I'm a big-time 'M.A.S.H.'-buff also, and I also on occasion watch episodes of "The Waltons" at home along with my mother who watches it on the "INSP" channel (CH. 506) all day long, on account of she's sort of an "invalid", and doesn't have much to do around the house.

It just never occurred to me that the actor who played "Cpl. Howard Owens" in "Smilin' Jack" was also the same person who portrayed "Lyle THomason", John-Boy's intellectual-but-socially-awkward college tutor in "The Genius". On the other hand, I don't suppose that it really matters, because IMHO, he performed both of those roles very outstandingly, and I agree wholeheartedly with his father, in that his son definitely had "acting chops".

I don't suppose that anyone on this site would know what Dennis Kort is doing right now? You see, according to his "IMDb" bio, he hasn't done anything since the 80s.

AnnieM DIGGER1 8 months ago
I found this page: http://www.tvbanter.net/2018/10/you-wanted-to-know-what-happened-to.html
Like Reply Delete

PortelaJ 11 months ago
Wonderful story. Not many better feelings than a father proud of his own son.
Happy Three Kings day MeTV gang.
Like (1) Reply Delete

Andybandit 11 months ago
That was a nice story. I when parents are proud of their kids. I liked that episode.
Like (1) Reply Delete

Or drag a file here to upload
LoveMETV22 11 months ago
🍎🍎 Both great episodes on M*A*S*H and the Walton's. He was truly the apple of his Dad's eye.🍎🍎
Like (2) Reply Delete

Pacificsun 11 months ago
A very nice angle chosen to give a shout-out to this supporting actor in MASH. How proud he made his father. No matter what happened to Dennis Kort, his legacy lies rightfully so in the eyes of his father.

And if he can't be found, maybe he doesn't wish to be found. Let's remember him in one of his finest moments.

Thanks MeTV Staff writers for this contribution to MASH trivia.
Like (5) Reply Delete