Episode 12: Inside the Collection 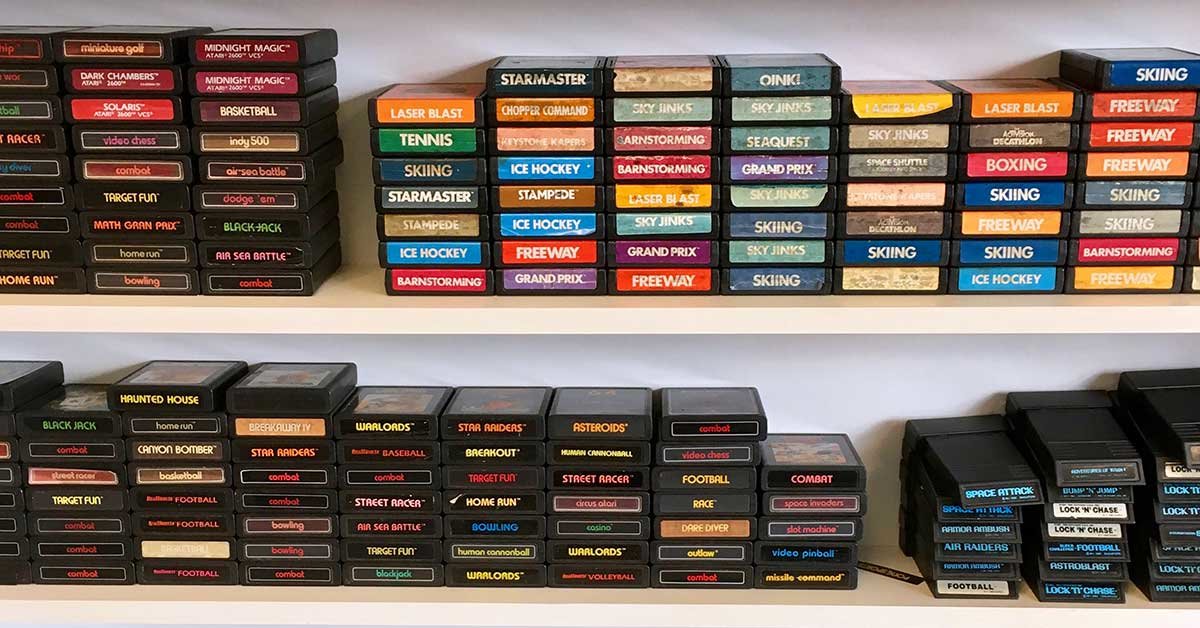 Check out these ultra-rare gaming oddities made by Sega, Atari, Nintendo and Mattel.

Sean Kelly has been playing video games his entire life — and collecting them for nearly as long! He turned that passion for playing into a both a retail business, Videogames Then & Now, and a museum, the National Videogame Museum.

We brought video game expert and fellow collector Russ Perry to evaluate Sean’s collection and put an estimated price tag on its worth. 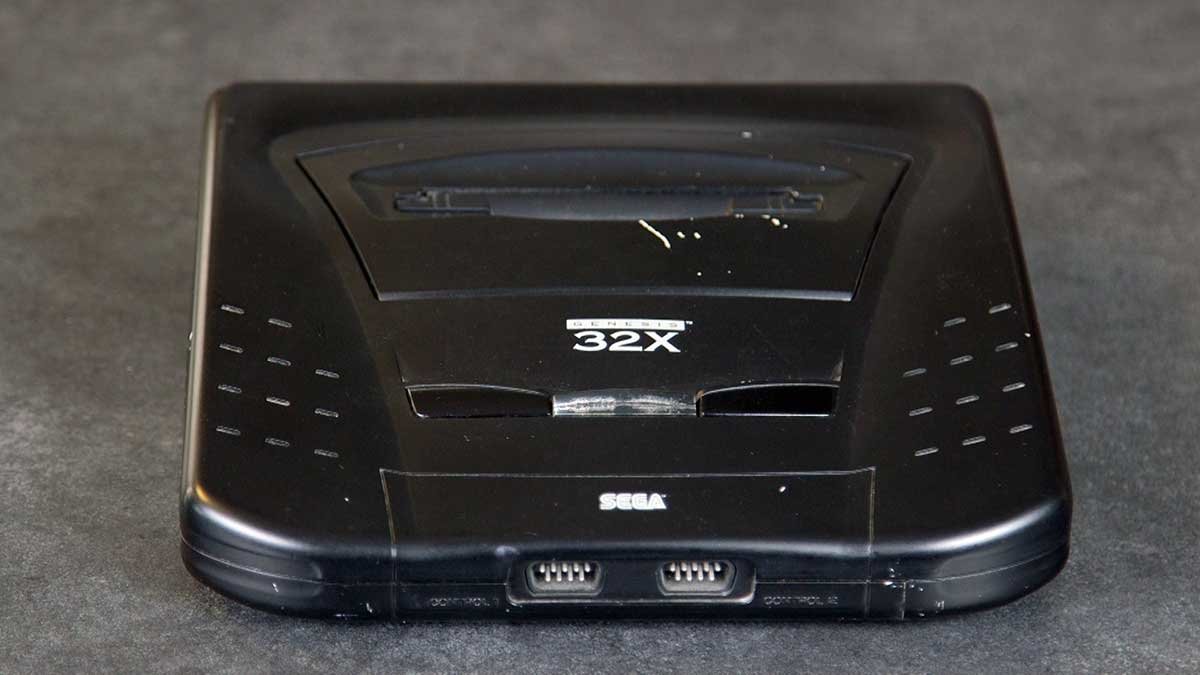 Sega intended for this sequel to the popular Genesis console, which combined the 32X and Mega Drive systems, to hit stores in 1995. It was slated to cost $149.99. Only, it was never actually manufactured or sold. In fact, this is the only one in existence. Sean has never turned it on. Mostly out of fear. He's insured it for $500,000, but our expert values it somewhere between $10,000–$50,000. 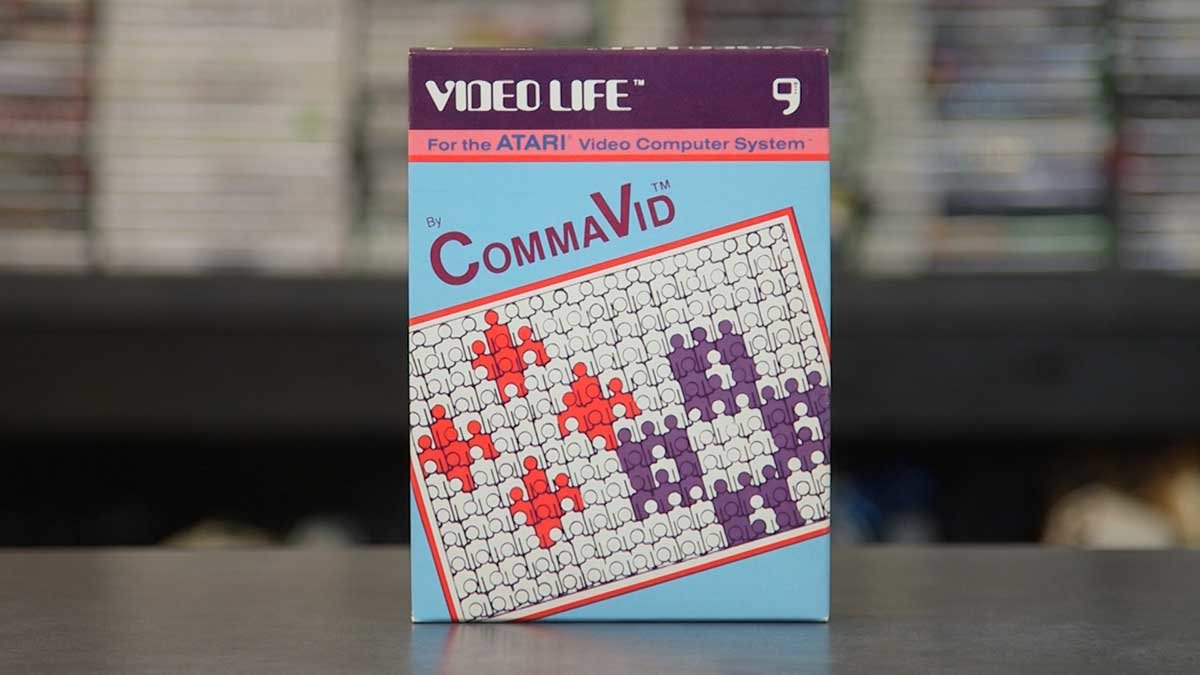 This truly bizarre "game" is perhaps the rarest of all cartridges for the Atari 2600 game system. Manufactured by CommaVid, a developer started by brainy scientists, Video Life was a life simulator that you watched, not played. To get it, you had to first purchase Magicard and mail in for it. Few bought Magicard, even less sent in for Video Life. Sean's copy is mint in the box. 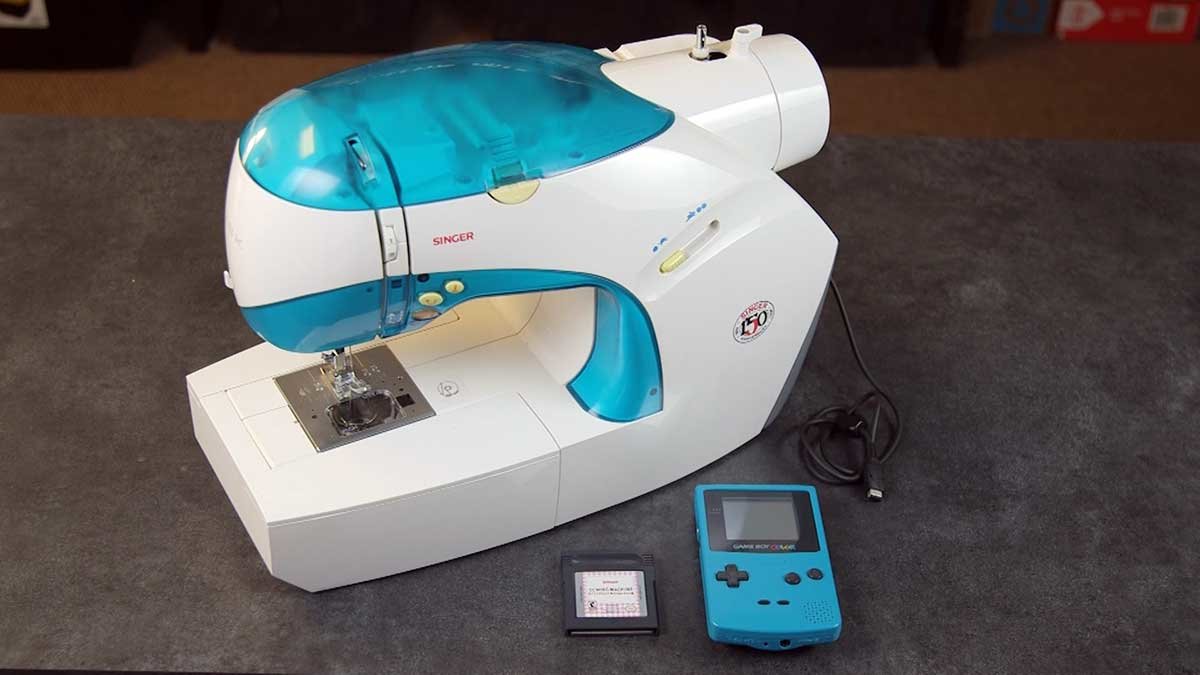 No, this is not a game, rather a fully functional sewing machine sold as a peripheral for the Game Boy. Manufactured in collaboration with Singer, it was meant to add more practical functionality to the handheld system. 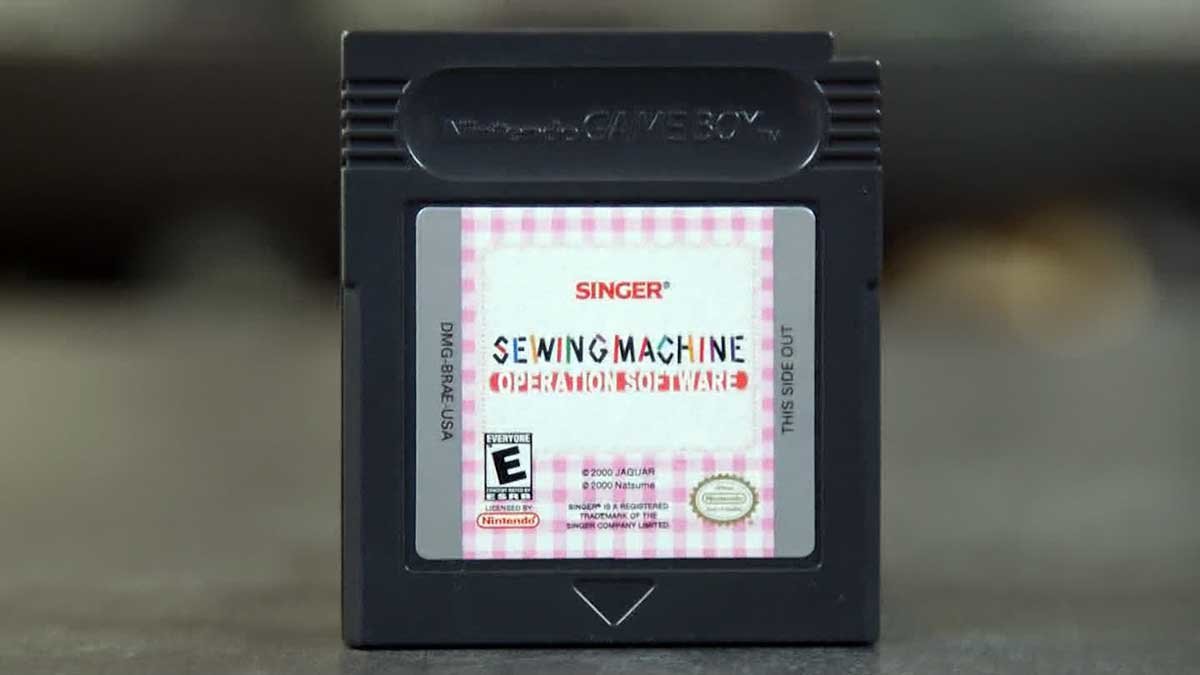 The Singer Sewing Machine came with this cartridge which contained stitch patterns. 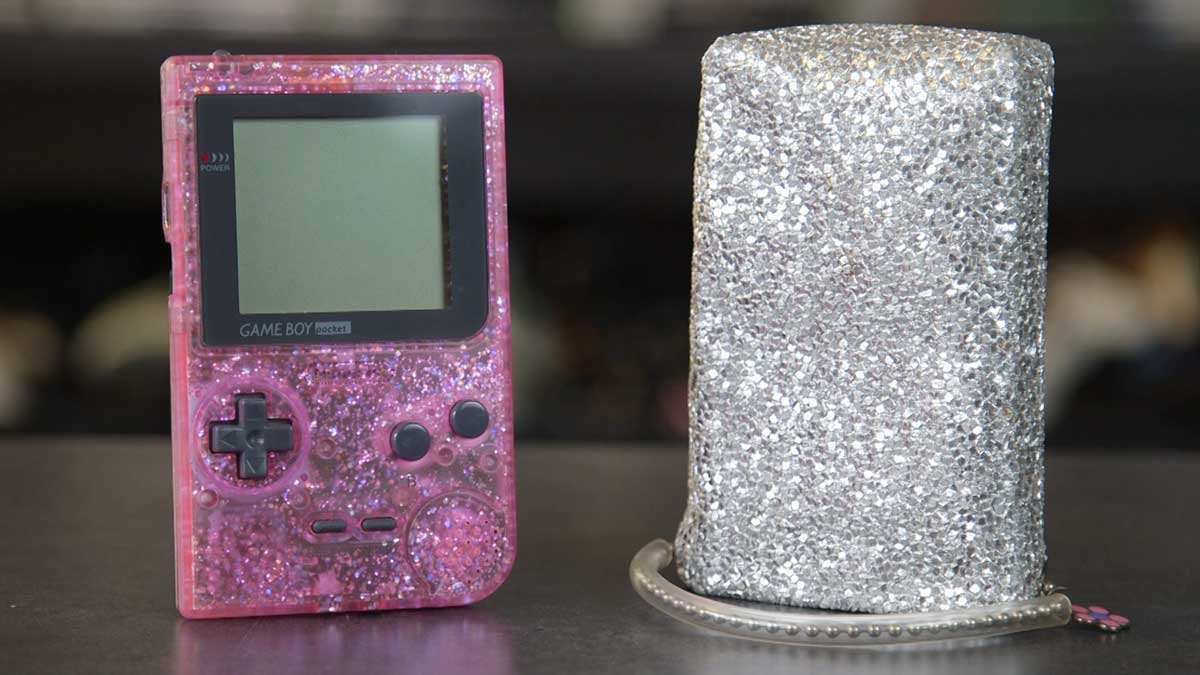 Mattel mocked up this working prototype of a potential Barbie-branded Game Boy. Unfortunately, Nintendo turned them down. It came with a blinged-out pouch. Sean thought this was the only one in existence, but another recently popped up. It would be worth even more had Mattel slapped on the Barbie logo. 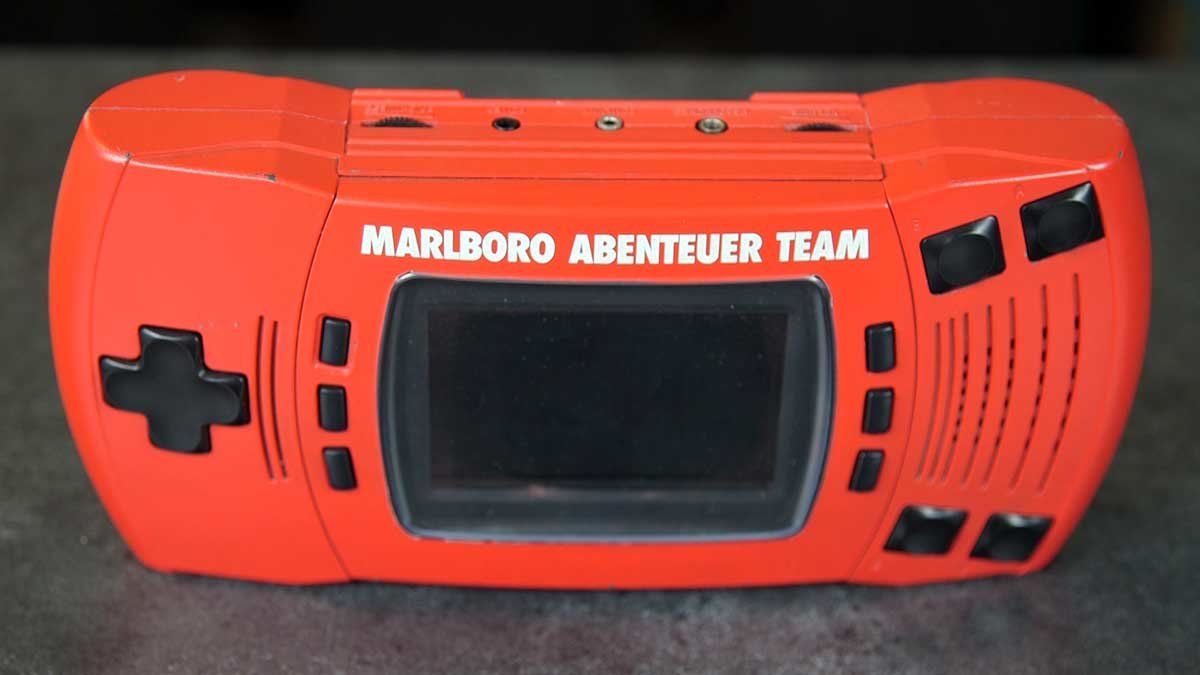 Marlboro smokers (in Germany, presumably, judging by the German text on the console) could save up foils from packs of cigarettes and mail away for this branded version of the Atari Lynx system. The original Lynx hit stores in 1989, and was the first every handheld console with a color LCD display. 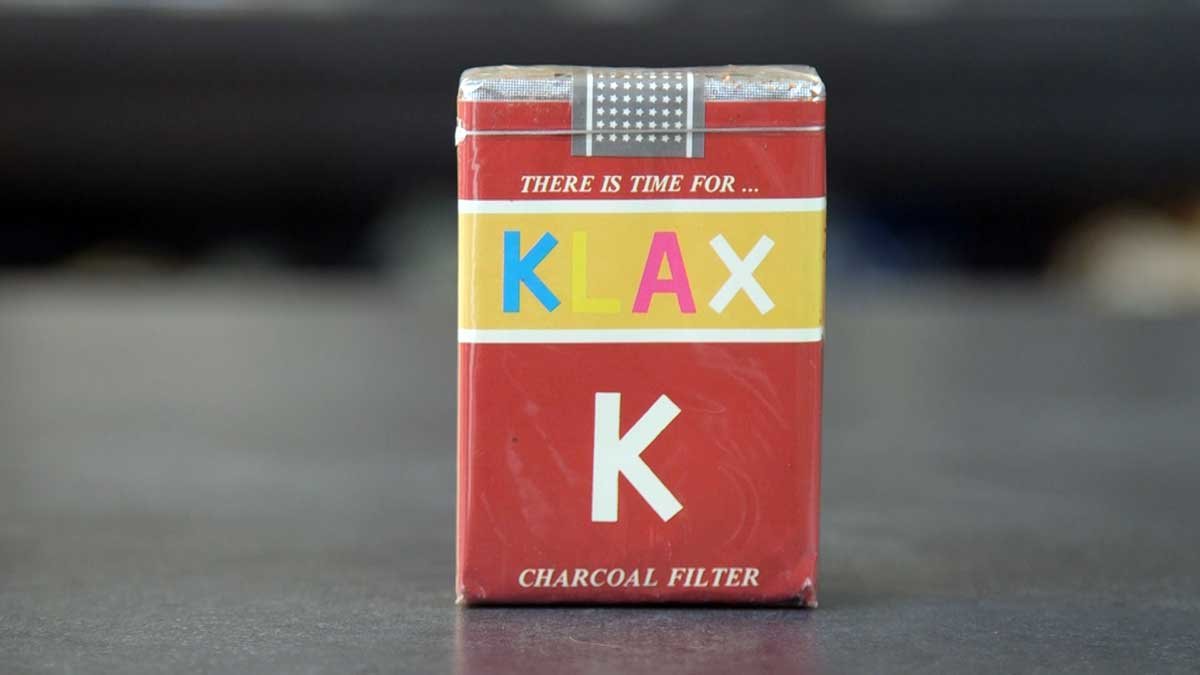 More bizarre smoking tie-ins. This pack of cigarettes was given away at a Tokyo video game conference to promote the 1990 game Klax — the last game ever developed and released for the Atari 2600. 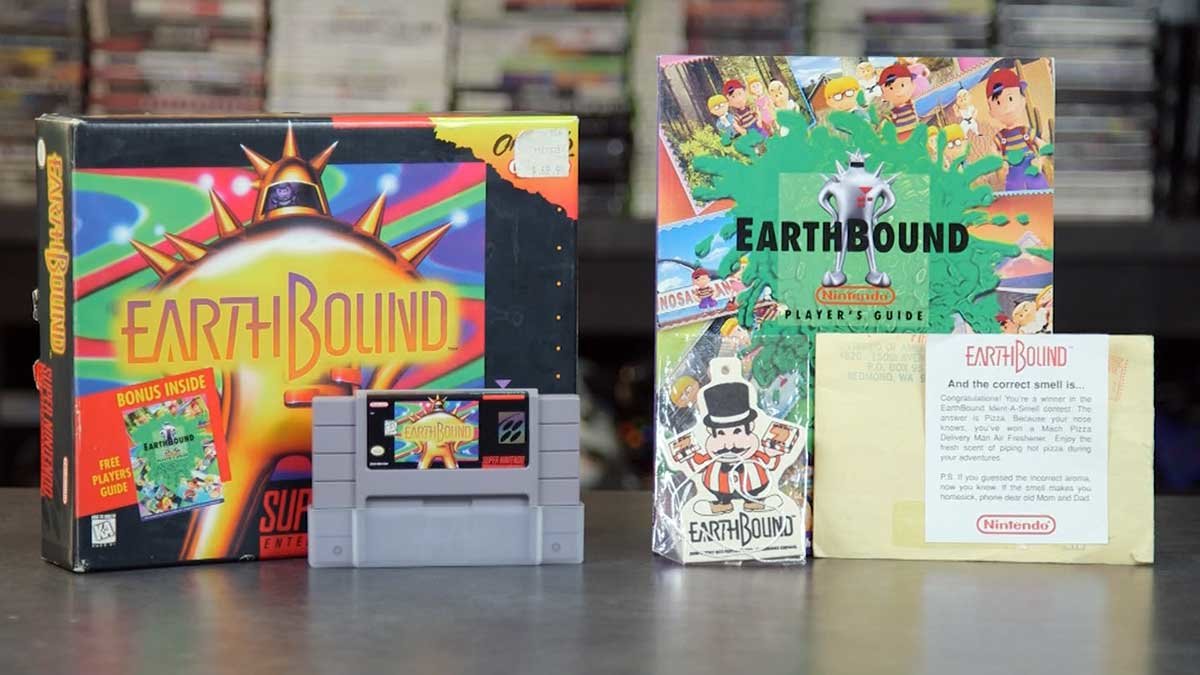 The Super NES game Earthbound came in a deluxe edition that contained a scratch 'n' sniff quiz. If you could identify the smells and mail in the correct answer, you could get… 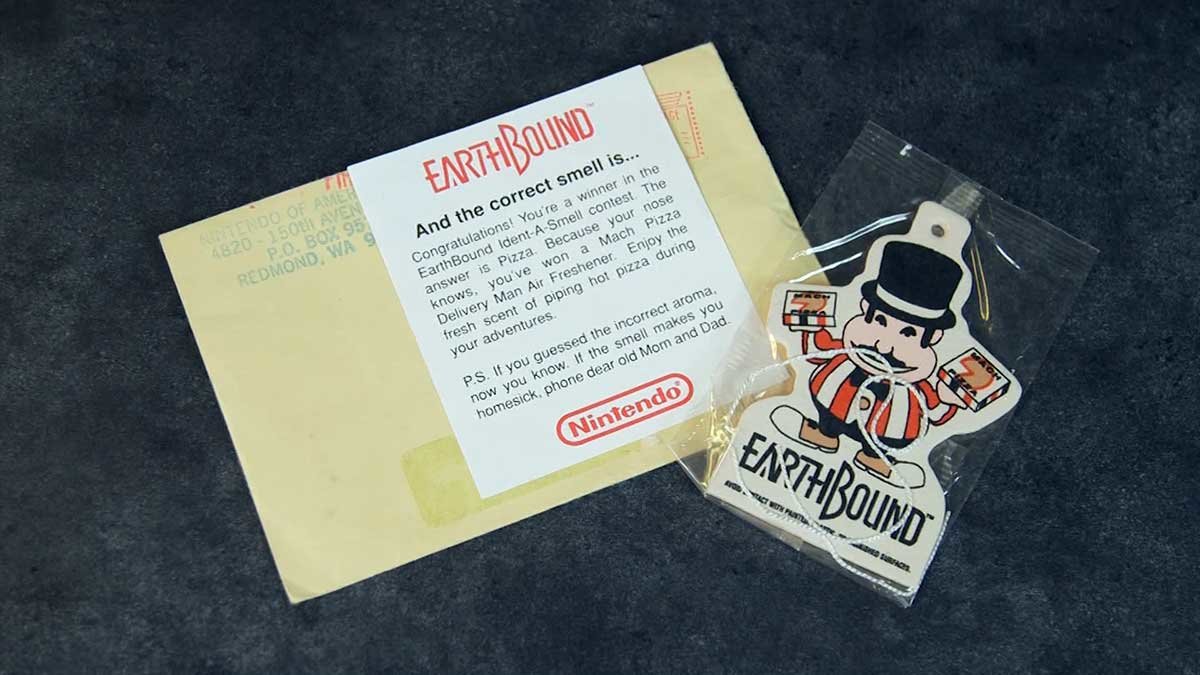 …this pizza-scented air fresher. Seems like something the Teenage Mutant Ninja Turtles would crave. 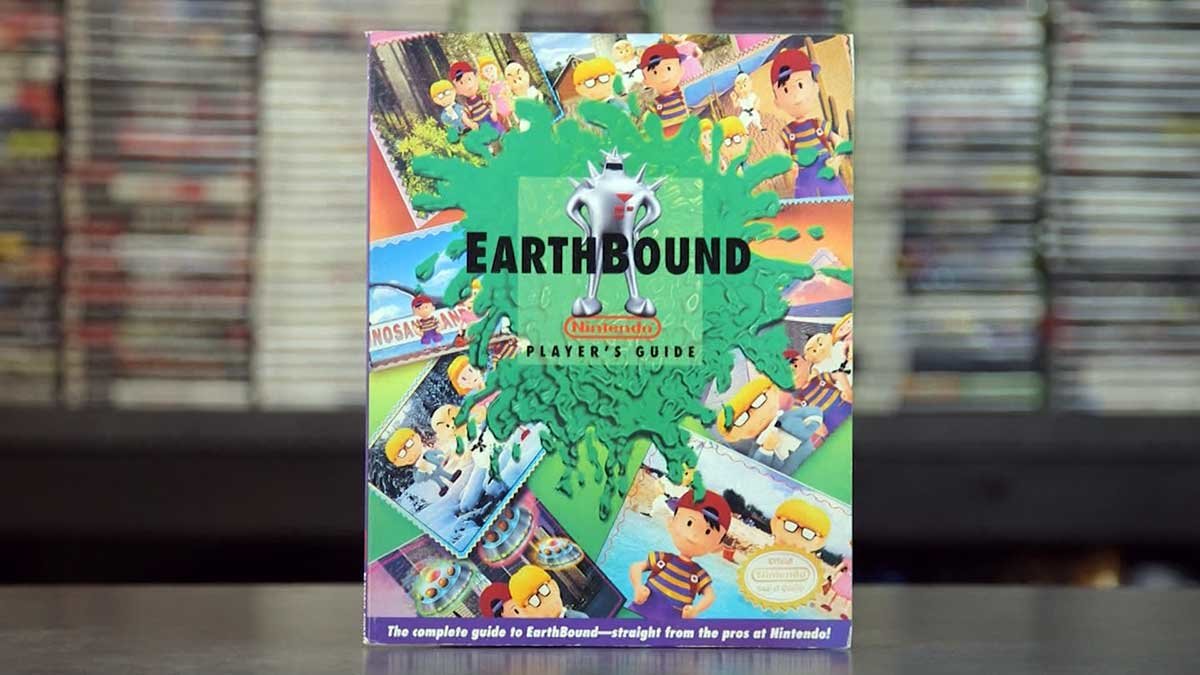 This player's guide also came bundled in the Earthbound box. 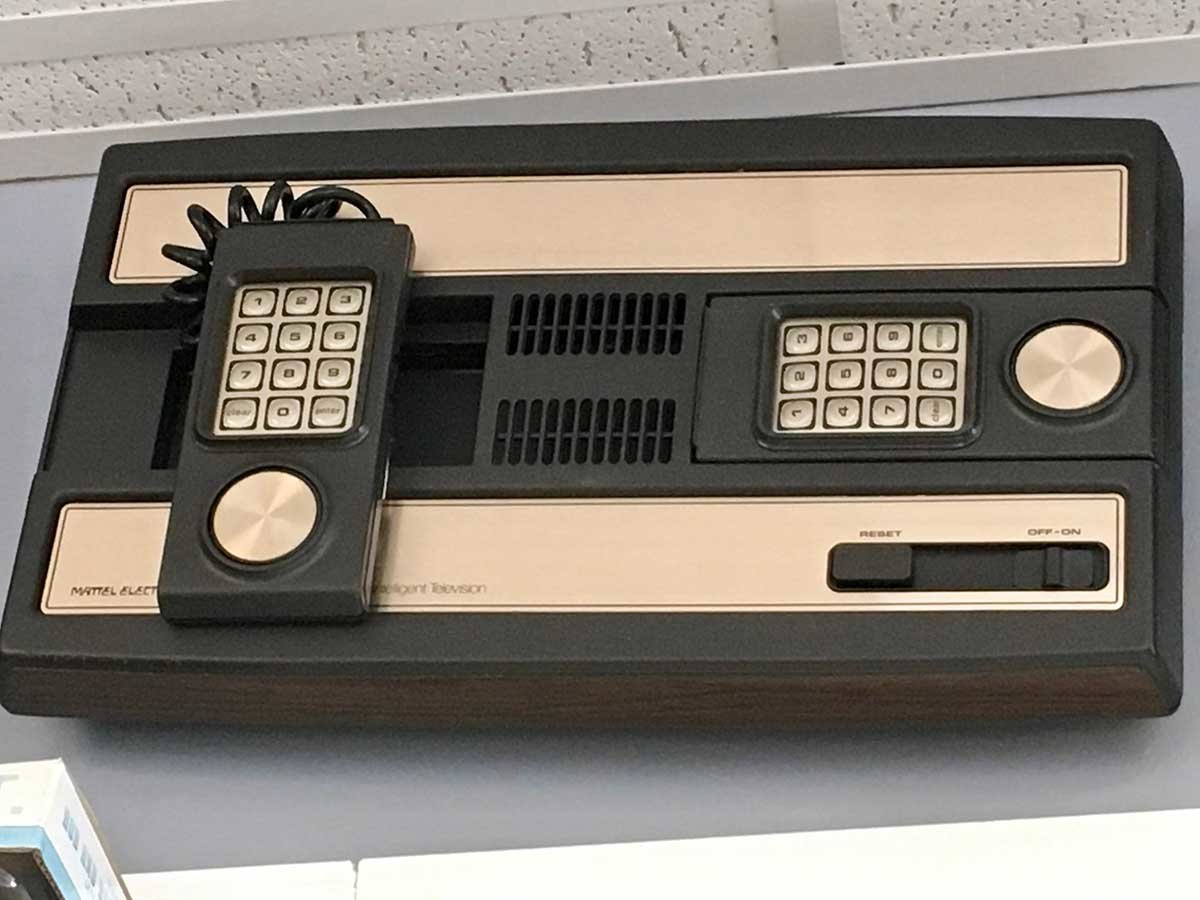 You never forget your first love. Sean received a Mattel Intellivision as a kid in 1979. It was his first video game system (ours too!) and kicked off his love of gaming.

Tags: video games
Are you sure you want to delete this comment?
Close

RobertStickles 24 months ago
Did Russ or anyone actually take a close look at that Neptune Prototype? Because if they did they would've discovered the real reason why Sean has never turned it on: There are no electronics inside!

That is a mockup used for photographic purposes (there is at least one Sega catalog where this unreleased "Genesis 32x" system is featured). If you look close enough at the photo you can see glue at the seams in and around the controller ports. That is, literally, a carved block of wood covered with plastic.

Source: I was offered this exact 'console' in 1998 by an ex-Sega employee who is the source of a number of early-mid 1990's era Sega prototypes (cartridge and console) within the game collecting community. It was revealed to me by this individual that it was a non-functional mockup and not a working console. I did not take the offer (I ended up with several unique cartridge prototypes instead). While I do think this Neptune mockup is historically significant I don't believe it is worth anything near what both Sean and Russ are claiming (by comparison *functional* prototypes of the 'Pluto' Saturn have sold for $50k-150k). Another odd thing, Sean Kelly is known for being well-versed in electronics yet somehow he was never curious enough to take a peek inside a one-off prototype, even to check if the capacitors in the power supply had maybe leaked... Funny, that.