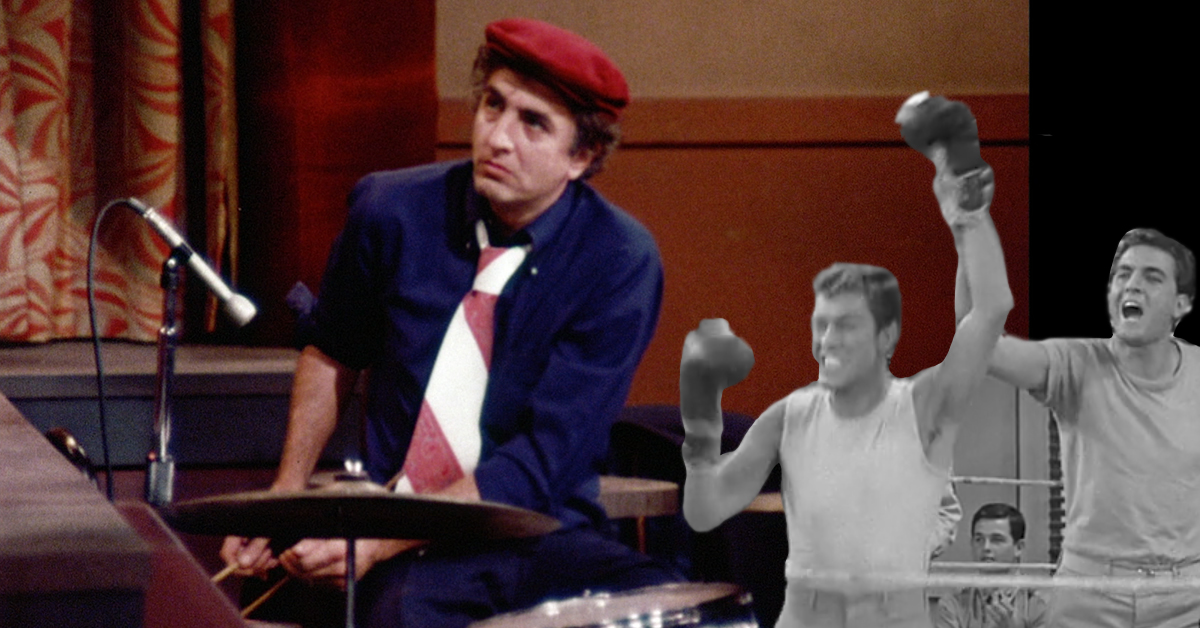 Garry Marshall is one of the biggest writer-producers in TV history, inducted into the Television Hall of Fame and commemorated with a star on the Hollywood Walk of Fame. He created the kind of wildly iconic characters that turn a creator into a household name.

While the writer, producer and director was widely recognized — including in films like A League of Their Own — he also quietly filled space as an uncredited actor in the background, occasionally appearing in cameos on his own hit TV shows.

As an actor, Garry Marshall often accepted bit parts, with more than a dozen uncredited roles that saw him as a hoodlum in 1964's Goldfinger, a detective in Jumpin' Jack Flash, and the devil in Hocus Pocus. He plays a first baseman in his own hit film Runaway Bride, an audition director in Beaches, and a bum in Pretty Woman. It seems there was no part too small. It's also possible that his quest for comedic perfection meant he was willing to plug himself into any scene to capture the moment.

Pretty Woman star Richard Gere said of Marshall in Variety: "He was a mentor and a cheerleader and one of the funniest men who ever lived. He had a heart of the purest gold and a soul full of mischief."

When it came to the TV series that Marshall created, he most often could be found behind a drum set on shows like Laverne & Shirley and The Odd Couple. It's been noted that the TV titan also maintained a passion for percussion in his life. As you'll see below, it shows.

Here, we've collected some of Marshall's best TV cameos. Like the characters he's known for, his presence always manages to warm up our screens whenever he wanders into a scene.

The Drummer on 'Happy Days' 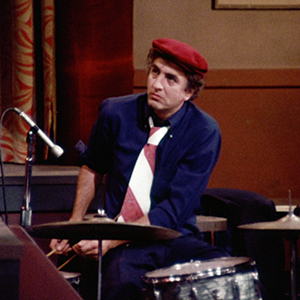 Garry Marshall's first appearance in his enormous hit show Happy Days was as a drummer in the 1975 episode "Fonzie's Getting Married." Unlike most roles where Marshall remains uncredited, this one includes nice, clear close-ups of Marshall doing his drumming thing.

The Drummer on 'The Odd Couple' 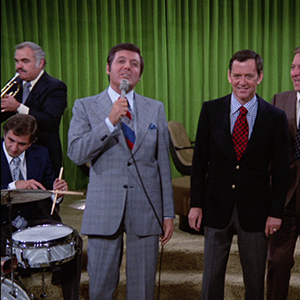 A year before, if you were quick, you could've spotted Marshall drumming in the 1974 episode of The Odd Couple, "A Different Drummer." The episode sees Felix working hard to get his band booked on TV, but it also provides a glimpse of the series creator featured on drums at the very end of the episode. Blink and you might miss it.

The Drummer on 'Laverne & Shirley' 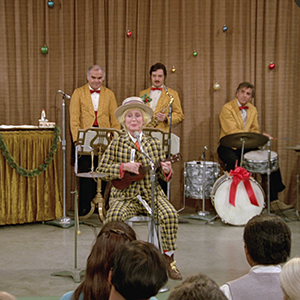 In 1976, Marshall appeared as a drummer in two different episodes of Laverne & Shirley. The scene you see here is from "Oh Hear the Angels' Voices," an episode where Laverne and Shirley are convinced into becoming Christmas carolers. Marshall can be prominently seen on stage as a drummer involved in the production.

The Drummer on 'Laverne & Shirley" (again) 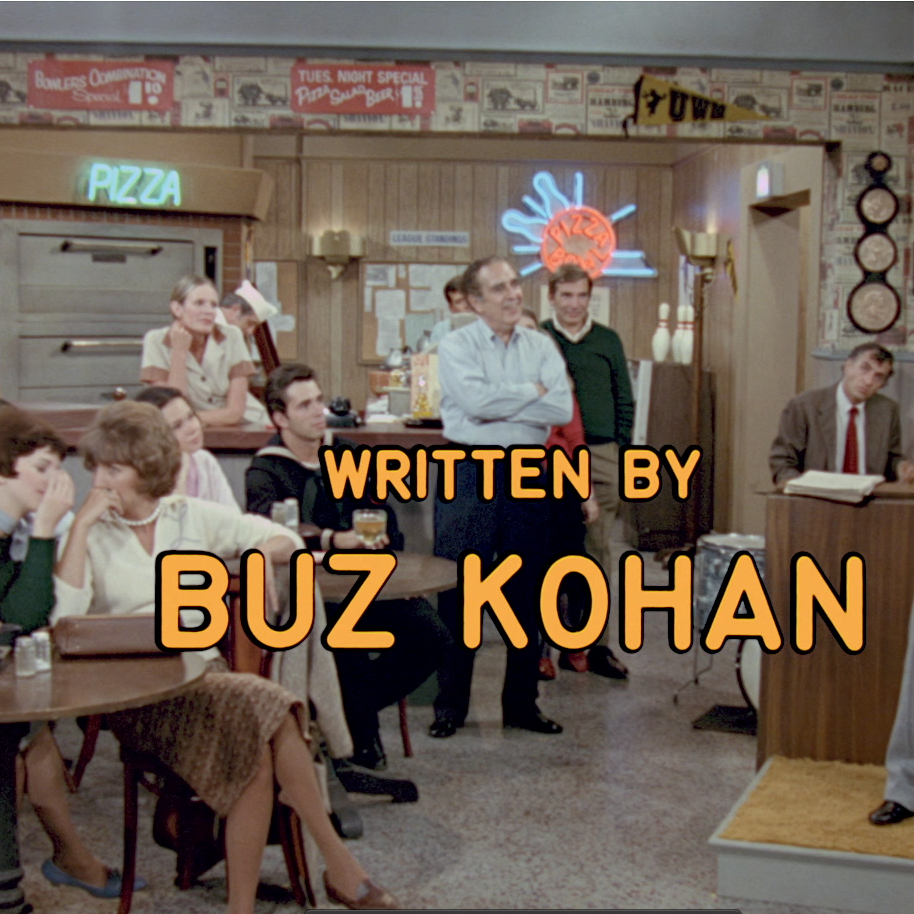 You had to stay tuned into the very end of the other 1976 episode of Laverne & Shirley that saw Marshall pounding the skins as the credits rolled, "From Suds to Stardom." This time the girls were competing in a talent show, and Marshall was arguably their competition. 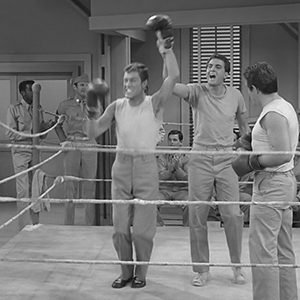 Like his film cameos, Marshall also showed versatility as a background character on classic TV. He played all sorts of random roles, including this bright moment from the 1965 episode of The Dick Van Dyke Show, "Body and Sol." Marshall can be seen shouting and clutching Dick Van Dyke's glove as he pogos up and down in victory.

The Bartender on 'The Dick Van Dyke Show' 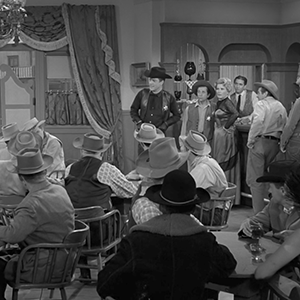 As a series writer on The Dick Van Dyke Show, Marshall's talents contributed to 18 episodes, but weirdly he was not a writer on either of the episodes he had cameos in. This scene is from the 1966 episode "The Gunslinger," written by Bill Persky and Sam Denoff (who, incidentally, co-wrote the theme song for "That Girl").  In this episode, you have to stare at the bar to catch sight of Marshall in this one-off daydream episode that reimagines Rob Petrie as a character in the Wild West. 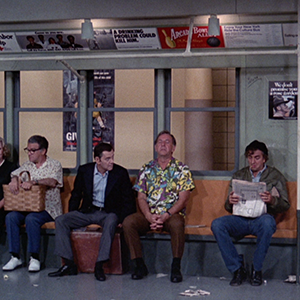 Marshall appeared as just a random man in three additional episodes of The Odd Couple, which he was responsible for adapting as a TV series, but our favorite is this shot of him just riding on the subway, just one seat down from the perpetually at-odds pair. Marshall seems engrossed with his newspaper, but here we can see he caught the eye of at least one of his stars by sneaking into this shot in, "The Subway Store." For more cameo goodness, you can also see Marshall as "Man #2" in the episode "I Do, I Don't" and in a rare named (but still uncredited) role as Werner Turner in "The Rain in Spain."

JoeyZone11 12 days ago
He was actually pretty funny in that Odd Couple episode where they were stuck on the subway.
Like Reply Delete

HalPritzker 5 months ago
Apparently a great human being, as well as a fine director/producer.
Like Reply Delete

VBartilucci 21 months ago
He also had a cameo in Young Doctors In Love, surreptitiously grabbing samples of pot from plants marked "for glaucoma patients only"
Like Reply Delete