Watch Al Lewis give a masterclass in TV improv.

May 21, 2019, 11:20AM By MeTV Staff
On Now
Al Lewis and Jonathan Harris improvised this Lost in Space scene
Up Next:
Share

It sounds like a dream come true: An episode of Lost in Space where Dr. Smith encounters a wizard able to conjure a spaceship that can fly him home. It could've meant the end of the series – if it weren't for seeing Al Lewis cast as that wizard. To fans of the comedic actor, it was a clear signal something was up and mischief was to be expected.

The 1967 episode was called "Rocket to Earth," and that wizard was called Zalto, played by Lewis, whose TV work began in the 1950s and led to starring roles on Sixties hits like Car 54, Where Are You? and The Munsters. He brought just as much delicious character work to his villainous Zalto, a bearded wizard not to be trusted, flashing a wicked grin beneath his pointy green hat.

It was the only time we saw Lewis on Lost in Space, but in his brief appearance, the experienced performer told the Archive of American Television that he actually left his mark on the show when he gave the actor behind the series' central frenemy Dr. Smith an indispensable lesson in improv, saying he told the series star at the time when an unexpected request came in to improvise a scene, "Don’t panic, Jonathan, just change the situation."

Lewis remembered they were deep into filming the episode when the director Don Richardson approached him in a rather odd way:

What he wanted was for Lewis to come up with a way to add to a scene to fill the dead air.

Luckily, Lewis got on board, saying this was typical of variety shows he'd done in theaters in his early days as an actor, "It comes from having had to do it. There’s nothing stronger than the experiential.” However, according to Lewis, Harris was less at ease with the idea. "Jonathan Harris, I love him… a great guy, wonderful guy. I said, 'Jonathan, come here. Don says they’re short 3-4 minutes… here’s what we’ll do….' That’s where background comes in.”

Lewis then went on to narrate the scene as you can see it in the clip above. He said the performance you are watching is such a well-known exercise that it has a name, The Hesitation Walk. In the interview, he described the first time he used the device in a performance as a young boy approaching a door he's not quite ready to enter, saying:

"... he hasn’t got the gumption to open the door. So he comes to the door and then he comes back. We call it The Hesitation Walk, Jonathan. Here’s the scene: I’m going to walk you up the plank into the rocketship. That’s in the script, and the rocketship takes off and it blows up and you get killed and I became whatever, the winner. Very simple. Don’t worry, Jonathan, there’s no dead air with me. Very simple, Just listen and respond. Forget paper.” 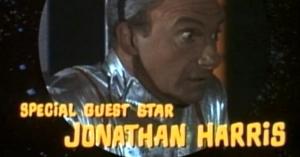 ''Who do you think you are?'' The tense story of how Jonathan Harris got cast on Lost in Space

Lewis continued, giving a masterclass in his interview on how he conveyed the improv technique to an experienced actor like Harris, while cleverly filling the time his director needed to wrap the episode: “The camera will be on the back of your head, and everybody will think you are thinking. Count 4: 1… 2… 3… 4… not out loud, Jonathan, then turn around, walk back down, and say, ‘Wait!’ Say whatever you want to say. I’ll pick it up.”

In the scene, it's hilarious to watch these skilled comedic actors working loosely off one another, and it's as successful as Lewis predicted. Lewis said, “That’s how we got 3-4 minutes. Nobody knew that that wasn’t in the script… It comes from having had to do it. There’s nothing stronger than the experiential.”

JSBrown303 25 months ago
The video for this article does not work. I have tried it on different devices.
Like Reply Delete 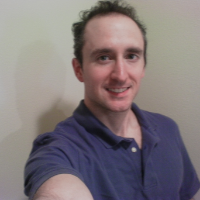 danwat1234 26 months ago
More like filling 1.5 minutes. But yes Al Lewis was a great performer. there is a documentary on YouTube called Al Lewis in the flesh It shows him in his restaurant interviewed. Very neat guy I wish I met him..
Like Reply Delete

Pacificsun 43 months ago
Okay MeTV *** SPAM*** is now overtaking your boards! What was the point of switching from Disqus to this platform if haven't improved anything.

You're now going to lose all the remaining people who comment, who had stuck around after losing Disqus. I guess you don't want (or need) any comment field at all.

daDoctah 43 months ago
Speaking of comedians helping other actors do an improv bit, I'd love to hear the story behind the episode of the Twilight Zone that starred Buster Keaton. Specifically, the scene where Buster with the aid of Stanley Adams changes his pants in mid-step while walking down the street. I've seen Buster do the same bit in one of his silent shorts, but I'd like to know how Adams was coached for his participation.
Like Reply Delete

djw1120 43 months ago
And must what does this have to do with "Lost in Space" and MeTV?
Stop posting SPAM here.
Like Reply Delete

Pacificsun 43 months ago
Back in the day these classic TV shows got panned for their banality. Yet they were really only in the 2nd full decade of television’s prime. So it was a combination of originality, experimentation and experience! These actors had a rich background including (live) theater presence! This improv was so invisible, gives credit to the quality of actor, often not recognized enough for bringing these shows to life!

This was a wonderful interview and a great reveal. Hope to read more stories like it. Thanks!

cdpnavy 43 months ago
This improv is mentioned in the LIS wiki for this episode.
Like (1) Reply Delete