Move over Mayberry, Andy's got his sights on the moon. 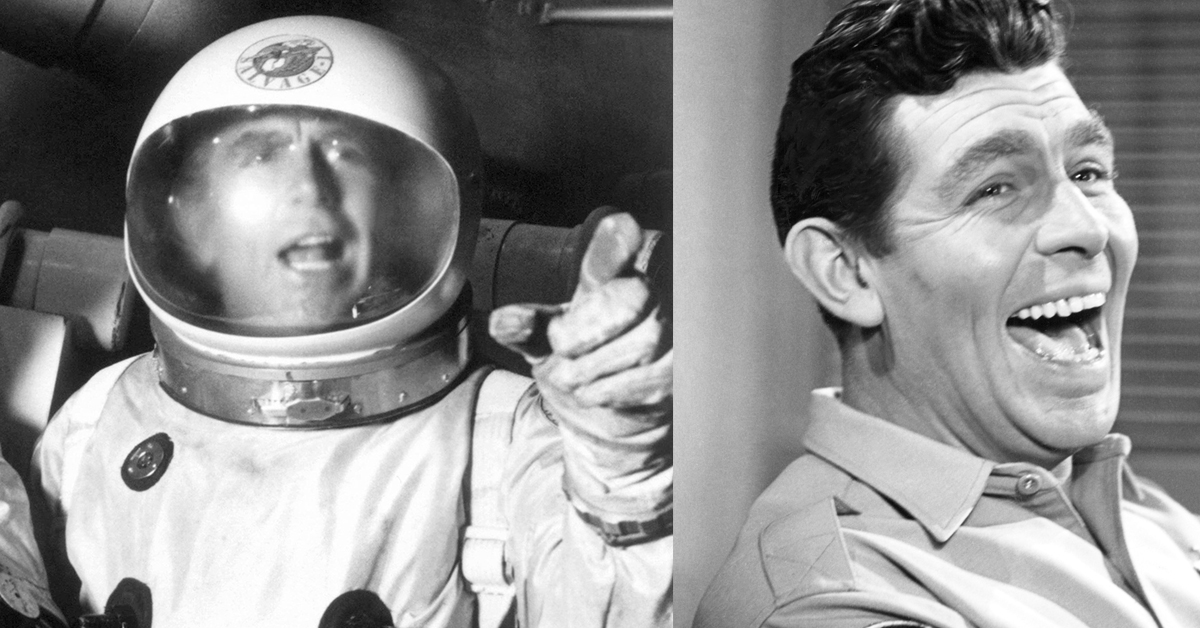 You might not know the name Harve Bennett, but Andy Griffith sure does. The Andy Griffith Show star worked with the producer of hits like The Mod Squad, The Six Million Dollar Man and The Bionic Woman on an intense mini-series called From Here to Eternity in 1979. It was adapted from the same popular novel that inspired the 1953 film by the same name, which boasted an all-star cast of Frank Sinatra, Donna Reed, Deborah Kerr and Burt Lancaster.

Griffith wasn't a star in the mini-series, which focused on a soldier who refuses to participate in a boxing match, but he played against his type as the friendly Mayberry sheriff when he took on the role of a menacing general. According to Bennett, Griffith was so mesmerizing as the "lecherous" Gen. Barney Slater, the producer made a pact with the TV star to work with him again one day. Bennett told the Archive of American Television, "That’s how I got to know Andy, and that was a joy for me because he was so smart and so skilled underneath that country boy exterior. So we vowed that we would do something together."

That day came sooner than either expected, Bennett said, when "a friend of ours brought in a script … and it was called Salvage, and it was a 2-hour pilot in which Andy Griffith, a junkman and former pilot, builds a spaceship and goes to the moon to salvage all the stuff that we’ve been shooting up there for all these years." It was a funny premise for the actor who played such a grounded Mayberry sheriff, but Griffith was game after reading the script, telling People in 1979, "I thought it was Saturday morning television, until I looked closer at the creativity and possibilities involved.”

Once Griffith signed on, Bennett said they attracted a "wonderful cast" in Joel Higgins (Silver Spoons) and Richard Jaeckel (Spenser: For Hire) and at the time, ABC was thrilled with the result. Bennett said, "It had a wonderful cast. It was a rollicking show. We ran it for ABC and they said, ‘We gotta do more of this.’" 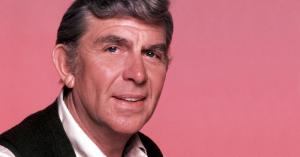 With anticipation high, Bennett called his show Salvage 1, and it premiered in its destined time slot on Monday nights, following the football game. This turned out to be the biggest hurdle for the show that went to the moon and back with Mayberry's favorite leading man. Bennett said, "The problem with Salvage, in spite of this marvelous leading man Andy Griffith who was absolutely in his prime, was that there was no place to go after the pilot. When you’ve gone to the moon in your own rocketship, what’s next to do? ... It faltered, ultimately, in spite of great performances, and when they slotted us as the afterpiece of Monday Night Football, that was the death, because if the game wasn’t good, nobody stayed to watch Salvage."

Unfortunately, the show never achieved lift-off with audiences, but Griffith told People that in the short time he spent getting into his Salvage 1 character Harry Broderick, he actually found he had a lot more in common personally with the junkman than he did his more iconic character Andy Taylor. When asked how he saw himself at the time of the interview, Andy said, "I guess a lot like Harry, the character I play in Salvage. A dreamer, loyal to friends, but also a con artist who will take advantage of a situation. He likes humor when it’s appropriate, but he has a very serious side. I’m a bit like the sheriff in the old Andy Griffith Show too, but he is probably a nicer guy than I am.”

JeffBaker 43 months ago
I remember "Salvage 1" as they called it!
Like (1) Reply Delete